I love a good boss fight as much as the next MMO player, and I’m sure I’m not alone in favouring fights that really pack a punch with a unique mechanical twist. I spent years raiding in World of Warcraft, for example, without being able to cast while moving my feet, which made me appreciate the strategic planning movement mechanics required. I also adore when the raid or zone environment lends itself to the fight by including fun mechanics that help the bad guy go down that much quicker, as is the case for many Guild Wars 2 world bosses.

In this edition of MMO Mechanics, I’m going to look at some of my favourite boss mechanics and explain the encounters that made me love them in the first place, using them to form a sort of master list of mechanics that make a great boss fight. I expect you to add your favourites in the comments below; with so many nasty beasties to slay, I’m sure our combined list will be a long one! 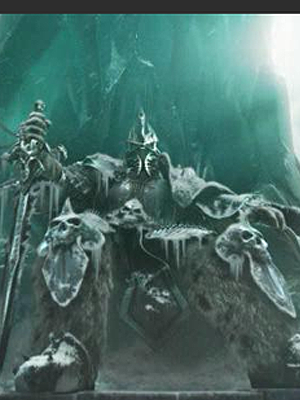 Oh, dear reader… I don’t have the words to explain how much I adored Wrath of the Lich King‘s ICC raid. The raid used a whole range of fantastic mechanics that acted as a sort of soft enrage timer for some of the bosses, such as the wonderful oozes, gases, and slimes of Professor Putricide, Festergut, and Rotface. Heck, even those boss names are wonderful! I fought the Lich King more times than I care to admit, falling to him time and time again as I led my guild’s fledgling raiders through the goliath citadel. That skyscraping throne room was a death chamber, not least of all because of the devastating effects of not responding quickly enough to the fight mechanics. The fight is relentless and the satisfaction from defeating the Lich King was incomparable to my other raiding exploits before him or thereafter.

There are so many incredible mechanics in the fight that force players into choosing between actively participating in the battle or moving for survival. My particular favourite, however, was the employment of the Defile spell in the battle. A player would be targeted with the attack, causing a pool of hideousness to sprout up under his or her character’s feet. The longer that player or any other stood in the vile cesspool, the larger it would grow, causing damage to everyone within it. Spreading, damaging nastiness isn’t totally unique to this boss, of course, but the fight location and other mechanics that occur in this battle phase make it wonderfully challenging. The whole platform could soon be consumed with Defile because someone made the wrong call on whether to finish that last cast or not. Add in Summon Val’kyr, a move that allowed the Lich King to summon a val’kyr that would drop a player off the platform if it wasn’t taken down in time, and you have a frantic fight that forces the party into making some tough split-second decisions. 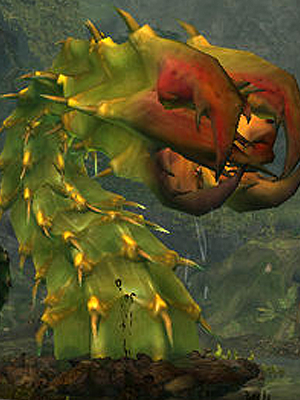 World bosses really make my day in GW2, serving to fill my time with a fun, large-scale group activity that requires just the right amount of strategic group work to be challenging. My favourite of these is the Great Jungle Wurm boss, a triple dose of troublesome grub heads with individual mechanics for each station, though Tequatl needs an honourable mention too. The wurm’s three coloured heads must be simultaneously severed and then defeated again as a severed head to complete the kill, lest the wriggling foe retreats and the battle fails. This requires a fantastic amount of coordination and firepower that encourages the community to club together and perhaps borrow the VOIP details of a contributing guild, which is a great introduction to some of the more active guilds on your home server.

Each head has a set of unique mechanics that means you’ll play through an entirely different battle experience for the first three kills if you rotate your station. My particular favourite is the amber wurm head because of the high level of coordination required to down it and the fabulously fun Wurm Attractant mechanics. The amber team stacks on the Plague Carrier Abomination as it dies to gain the attractant buff and goes on to then stack on a red arrow to force the wurm to swallow them. Yep, some of the battle occurs inside a wurm gut!  Inside, a harpoon bundle is swiftly located and is used to break free of the wurm’s stomach and then remove its Slick Skin anti-damage buff to allow for a burn phase. At the crimson head’s station, players coat themselves in phytotoxin clouds and carry that onto a matching extractor to fill them. Once filled, the Slick Skin buff is removed to allow damage burn, as with the amber head. On cobalt, powder keg stations will activate and players must carry 20 kegs to the wurm head to remove Slick Skin. Add to these head-specific mechanics the need to still manage the fight’s many adds to enable players to swiftly complete the debuffing phases and you can see how it earns a spot on the list. 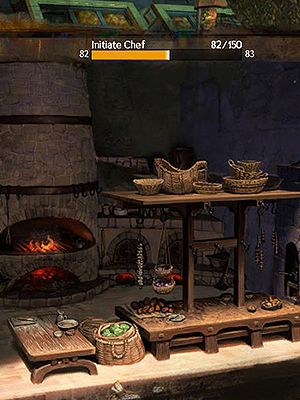 My mechanical recipe for a great boss fight

I’ve looked at only two examples above, but the sheer volume of boss fight mechanics that pour out of both instances should help you see where I’m going with this. For a great Tina-approved MMO boss, mix together a large helping of adrenaline-releasing time limits or soft enrages, whisk in a dab of split-second sacrificial choices, and throw in some heavy coordination and teamwork requirements.

I adore having to think on my feet and movement mechanics are a huge part of that. I love how the encounters I used to illustrate that point both added a little flair; instead of making you run for the sake of avoidance, both of the above face-offs have you move with purpose. Spreading goo can quickly wipe a party if only one member messes up, and stacking and gathering on set points is great for coordinating heals and buffs.

Variety and a simultaneous barrage of enemy assaults both serve to keep a long boss fight from feeling stale, so I’m a massive fan of phased combat. Choosing from a range of on-the-field tasks keeps things fresh, and burn phases give players that great feel-good factor from letting everything go at once for a short but supremely powerful burst. Phases also allow for far more mechanics to be employed in one fight than you’d imagine, leading to a varied and challenging fight just as the Lich King was.

I really like fights that employ the local terrain or random interactive drops to allow characters to do things they usually can’t do. It keeps the game exciting and may perhaps encourage players to try a new class or race that has access to similar abilities. Jumping impossible heights, fighting in mid-air, being digested (eww!), getting carted off by winged she-devils… it all adds a thrill to PvE endgame content. Add in some special buffs and debuffs that I need to gain or lose by interacting with those strange activities and I’m sold.

I’ve quickly described what makes for fantastic boss mechanics in my book, but it takes a whole boss slayin’ team to tackle a question as big as this one. Are you a fan of the specific encounters I mentioned? If you had to list two or three of your own that really showcase the best boss mechanics you’ve stumbled upon, which bosses would you choose? Do you have your own recipe of mechanics for great boss fights? As ever, let me know in the comments. Who knows, I may well have adored the encounter you mention, or you might give me something new to explore!

Vague Patch Notes: A wake for the MMOs that were