Folks who grew up gamers probably all have a few games or franchises that just defined our childhoods. For me, one of those franchises is Age of Empires. It showed me that history could be both fascinating and exciting, and it helped spark my lifelong love for the RTS genre.

It was thus with high expectations and no small amount of trepidation that I stepped into the recent stress test for Age of Empires IV, the first new installment in the series in more than fifteen years. While the test was too limited in scope for me to fully determine the game’s quality, I am pleased to report I came away feeling reassured that the franchise is in capable hands.

After so long, my great fear was that AoE4 was going to be something unrecognizably different — a totally new game just using the Age of Empires brand for free publicity. As soon as I started playing, though, it became clear this is not the case. AoE4 is clearly the result of faithful study of the franchise’s past and an attempt to bring forward the best aspects of the previous games.

For the most part, AoE4 feels like AoE2, regarded by most fans (including myself) as the high-water mark for the series. It uses the same medieval setting, and almost exactly the same core gameplay.

As always, you begin with a town center and some villagers. You gather food, wood, gold, and stone from the surrounding landscape and slowly construct a town, research upgrades, and forge a mighty army with which to conquer your neighbors.

There is also a small amount of influence of AoE3 here, as well. Gone are the over-complicated home city and deck-building mechanics, but AoE4 does bring over some of 3‘s better concepts. You can now customize your civilization by building one of two “landmarks” when you advance to the next age, each with different bonuses — a system first used by the Asian civilizations of Age of Empires III — and civilizations are more distinctive and mechanically asymmetrical than in AoE2. This calls to mind the asymmetry of 3, but it’s toned down so as not to be so overwhelming. 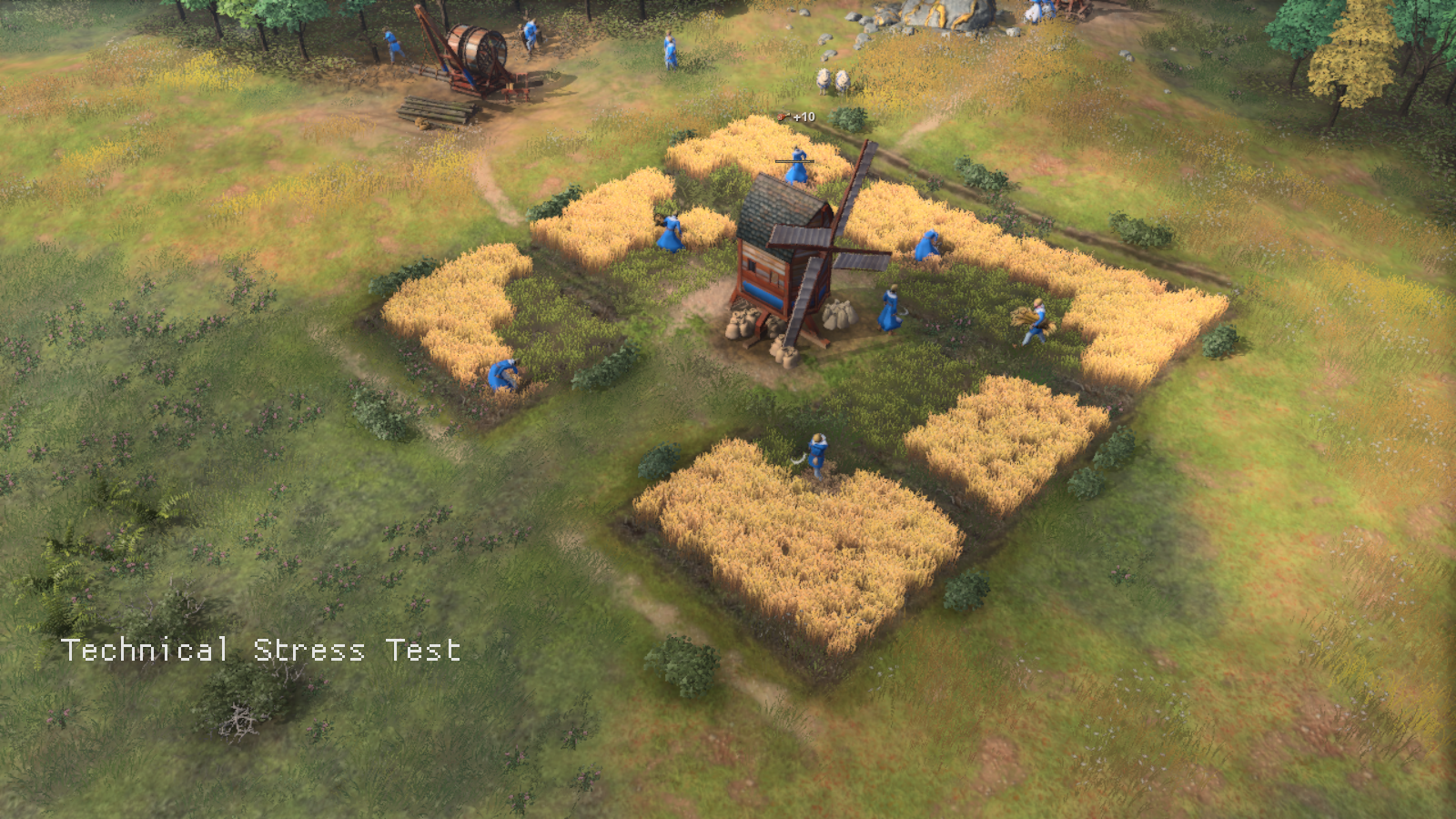 As with previous AoE games, unit balance works under a rough “rock, paper, scissors” model: Infantry counter cavalry, cavalry counter archers, and archers counter infantry. Adding an interesting wrinkle this time is the addition of light and heavy tags to units of all branches, each with their own counter.

For example, all ranged units are good against infantry, but crossbowmen have a bonus against heavy targets that allows them to better counter the armored man-at-arms, whereas the cheaper and faster archer is a better choice against the lighter spearman. It’s a simple change, but it adds a lot of strategic depth to the old formula.

It’s also very easy to parse. The bonuses against certain unit types are simple, flat damage increases that you can view by hovering over a unit’s stats in the command card — much easier to parse than the percentage-based bonuses of past AoE games. Armor is similarly straight forward. If a unit has 2 armor, they take 2 fewer damage from all attacks.

If this sounds a bit familiar, that’s because it’s nearly identical to StarCraft II‘s mechanics. Once again I am left with the impression of a development team that took its time to study not just Age of Empires but the RTS genre as a whole. A lot of careful thought went into this game.

Not everything is geared toward genre veterans, either. There is a clear effort being made to appeal to newcomers. The simplicity of unit stats mentioned above is just on example. For another, the tutorial teaches not only the basic mechanics of economy and combat, but also makes sure to teach players the counters at the heart of the game. It will instruct you to train infantry to attack a squad of enemy cavalry, then to train your own cavalry to raid enemy archers, and so forth.

One of the most brilliant changes is also one of the most simple. The “attack” hotkey is now “attack-move.” Let me explain. In most RTS games, units have an attack command that can be used to tell them to attack enemy units. Simple enough. But there is another, rarely communicated use for the attack button. It can be targeted on the ground, causing your units to move towards that location while attacking anything they find along the way. 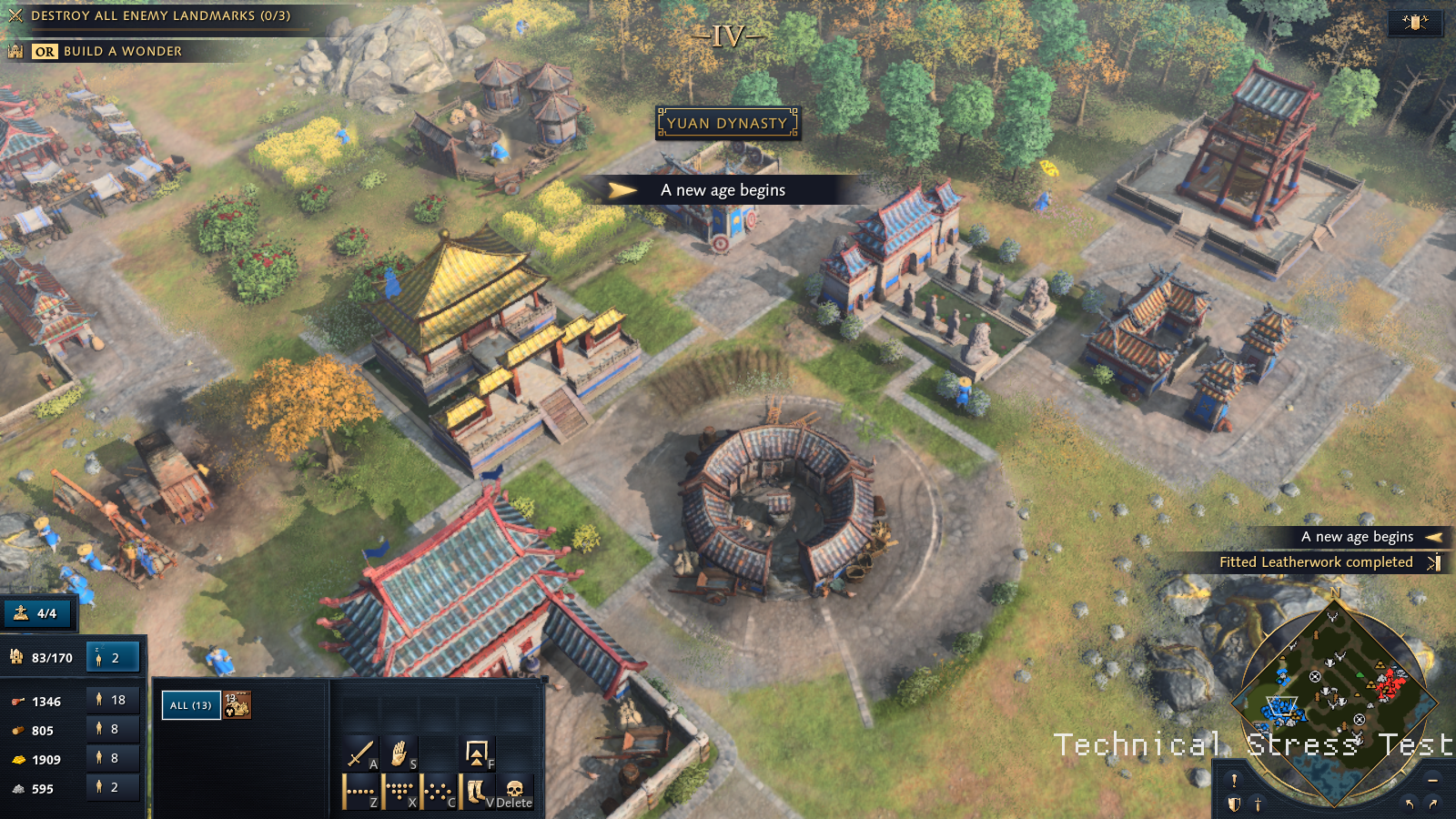 In practice, attack-move (or a-move) is by far the more important command. Actually commanding your army to attack a single unit is more niche, usually being used to make ranged units focus fire on high value targets. But the button is always labeled “attack,” so despite being probably the single most important command in the genre, a-move is largely hidden from new players.

By simply changing the wording of a tooltip, AoE4 has neatly fixed this confusion point without changing the mechanics at all. AoE3 does have a similar command, but it’s a small, easily missed button that can’t be hotkeyed, and if memory serves it was added only in the recent remaster, though it’s been a while so I could be mistaken about that last part.

Taking all this into account, I feel confident saying that AoE4 is based on a lot good concepts. But as we’ve seen in other games, good concepts can still be undone by sloppy execution. And that is where my lingering concerns around AoE4 are centered.

Most of what I saw in the stress test impressed me, or at least failed to disappointment me, but it was a very limited to test with only half the civilizations playable, a very small selection of maps, and no campaign on offer.

My biggest concern around what I did see is that the game feels quite slow at the moment. Age of Empires as a franchise has always been fairly slow in its pacing, and I generally appreciate the relaxed pace, but AoE4 feels even more slowed down. It seems to take so long to get an economy up and running, let alone field an army and start fighting.

I have heard others say that they’ve crunched the numbers and found AoE4 has actually sped up many aspects of the economy, so I’m open to the idea this might be a player issue; it did take me a while to get used to the new civilizations. But I can’t escape the feeling something just isn’t right with the game’s pacing.

I also expected a bit more from the asymmetrical civilization design. There’s definitely more differences between the civs than you’d see in AoE2, but I’m not sure the differences are great enough to justify the relatively small pool of civilizations available at launch (“only” eight). We’ll have to see once we can get our hands on the remaining four. 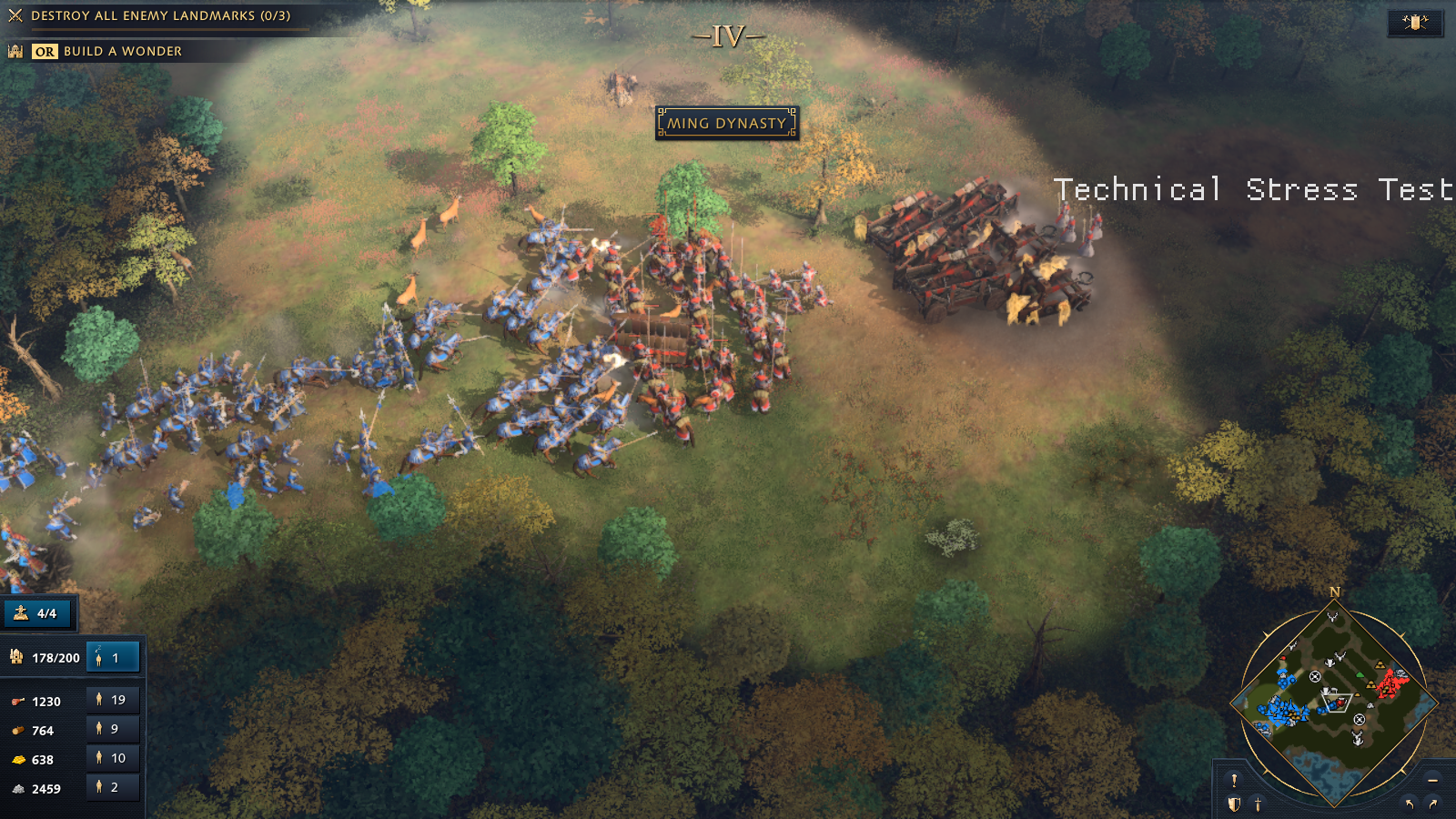 These are both causes for concern, and I hope that the full version of the game addresses them, but I will say that even if this is not the case, AoE4 will probably still be worth playing. Exactly how good of a game it will be is still up in the air, but it’s clear that isn’t just some slapped together cash grab.

Even aesthetically, it’s clear that so much love was poured into the game. Many have criticized the game’s graphics, but I think they’re gorgeous, and no matter your taste, you can’t dispute that a lot of thought was put into the game’s visuals. There’s so much detail they didn’t need to add but did: from roads and yards automatically appearing around your buildings, to civilization-unique skins even for generic units.

Even more impressive is the sound design. This game sounds amazing. You hear your units’ voices echo as if shouting to you across the battlefield. Siege weapons creak and crack with ominous power. Steel rings on steel with visceral power. When a large force of cavalry is on the move, you can hear the earth rumble with the thunder of their hooves.

It’s still too early to judge the overall quality of Age of Empires IV. But it is clear to me that it was built with a great deal of thought and care, by people who have genuine knowledge and appreciation of both the Age of Empires franchise and the RTS genre in general. And that gives me hope.