Standing Stone Games has finally taken the wraps off the Fate of Gundabad expansion for Lord of the Rings Online in today’s big preorder hoopla.

END_OF_DOCUMENT_TOKEN_TO_BE_REPLACED
The studio posted an outline of what’s in the expansion, including the Brawler class, the revamped legendary item system, a level-cap increase to 140, missions for folks as low as level 20, an allegiance system that sees players helping the Zhelruka Dwarves and of course, the new zones, in which players will “reclaim the once mighty citadel of Máttugard, uncover the hallowed lake of Gloomingtarn, clear the ruins of Clovengap, and push back the corruption to return beauty to the Pit of Stonejaws,” then “venture beyond Gundabad to the bleak vale of Câr Bronach, where the easternmost marches of the fallen witch-kingdom of Angmar once stood, or to the windswept crags of Welkin-lofts along the western slopes of the mountain.”

“Following the grueling battles and heavy tolls of the initial assault, Prince Durin and his allies now regroup and prepare their final offensive on the mountain-home of Gundabad, seeking to reclaim their ancestral legacy from the corruption of the Orcs, hobgoblins, and Angmarim that have been infesting it. As the great dwarven army musters, tensions remain high between the Longbeards, Stout-axes, and Zhélruka, threatening to break the already fragile alliance before they can recover and restore their birthright. Meanwhile, thought to be fractured and pushed back by the dwarven victories, the host of Orc-Chieftain Gorgar the Ruthless now unites under the true Lord of Gundabad – the fearsome, great dragon Hrímil Frost-heart – who will stop at nothing to bring an end to Prince Durin and his followers. Take on new foes, battle as the new Brawler class, forge new Legendary Weapons, and stand at last against Gorgar the Ruthless and Hrímil Frost-heart in a final, decisive battle. Achieve victory and Gundabad will belong to the dwarves once again, and forever!

The expansion is slated to launch on November 10th, though “in the event of delay, you will receive the expansion items no later than December 10th, 2021,” and as usual, the instances and raids will roll out after launch. In typical Daybreak style, there are three packages on sale ranging from $39.99 to $129.99, all with an assortment of perks, character slots, and supplies. The Brawler class, we note, is part of the standard edition and is playable as of October 13th, but the extra carry-alls, cosmetics, mounts, and level boosts are reserved for the larger packages. 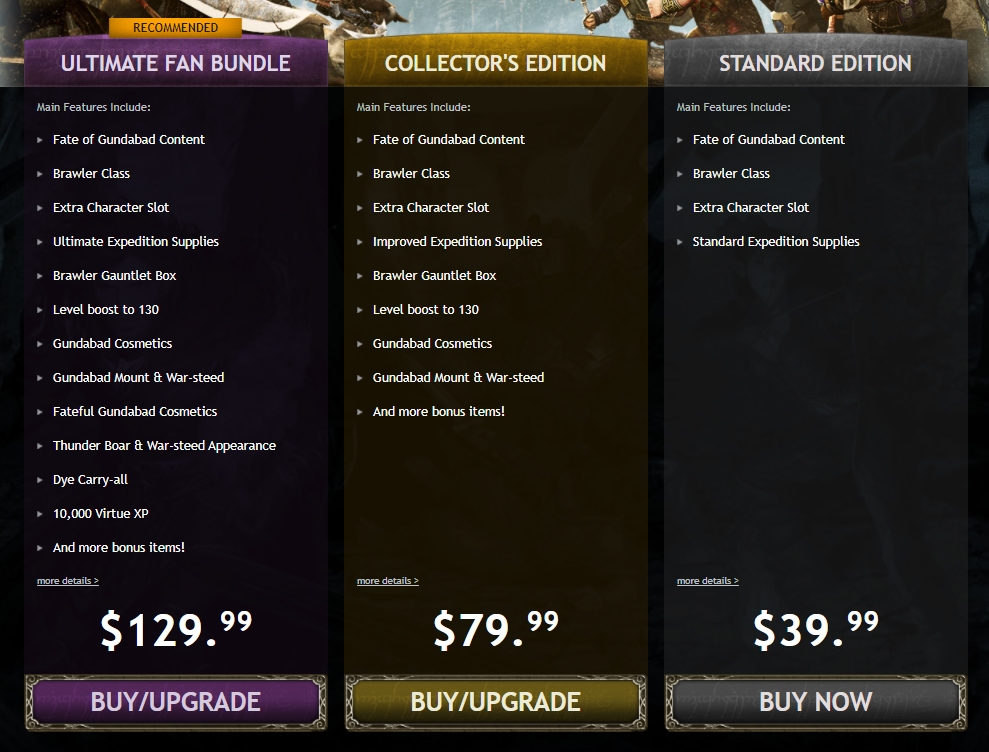 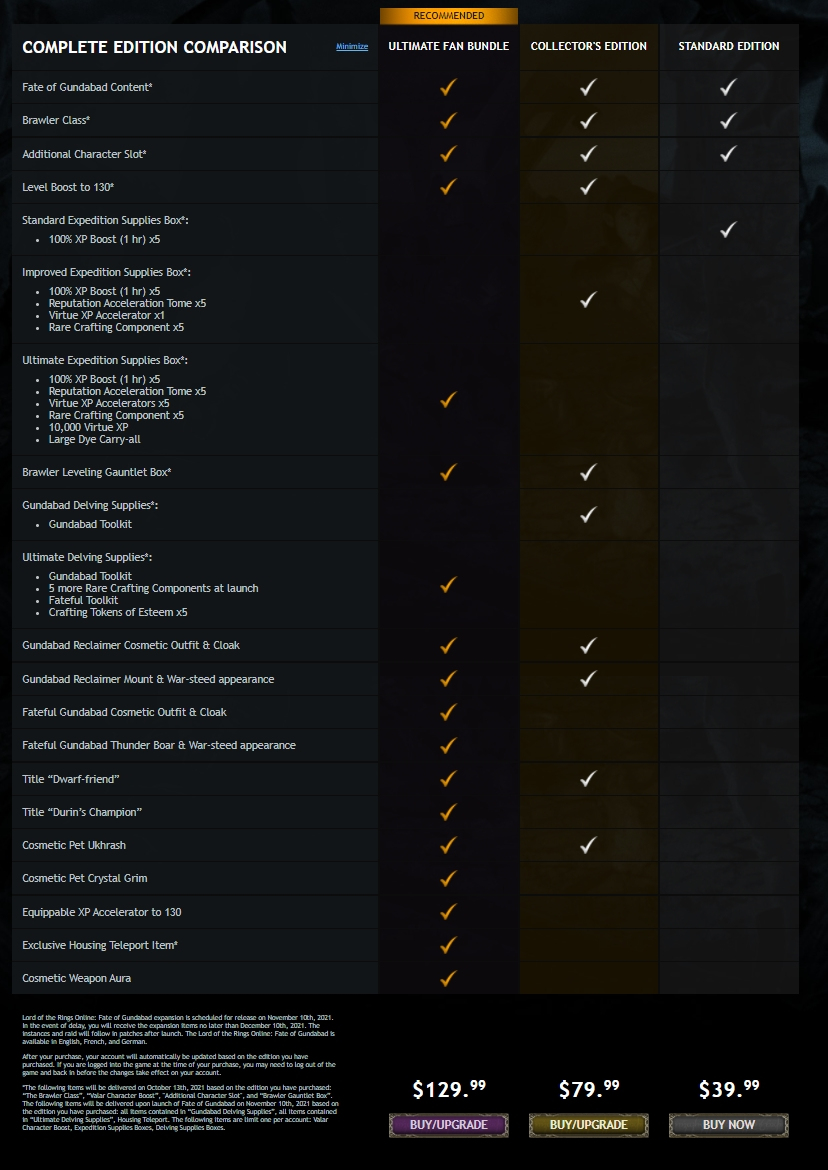