This is the worst kind of column to write. Not only am I reporting on the closure of a game, but it’s a game I enjoyed.

I can’t pretend to be too shocked by the news, of course. Even as I appreciated it, I have to admit Magic: Legends was a deeply flawed game. This does not feel like a total injustice like the deaths of Anthem, Landmark, or the original The Secret World. But it is a genuine loss. For all its problems, there are some things ML did incredibly well, and I think it could have evolved into something great with time and better management. Now it never will.

A lot of traditional MMO fans were disappointed when Magic: Legends was revealed to be more of an OARPG, and some may be tempted to blame its death on that change, but I really don’t think that’s the case (especially since it still ended up playing a lot like a traditional MMO, aside from the camera angle).

Honestly, I don’t see how you do justice to the Magic setting in a traditional third person MMO, and that’s even clearer now having played ML as it stands. How do you convey the awesome power of a Planeswalker when you’re just pulling one or two mobs at a time? How do you handle massive summons without your view of the enemy being completely blocked off?

The most epic moments of ML are when you’re conjuring a dozen zombies to overwhelm your foes, or summoning a monster the size of a small house to crush a horde of enemies, or unleashing a massive tornado to sweep the entire battlefield clear. You can’t do that in any other style of RPG. It’s just not possible.

I’m not saying Cryptic couldn’t have made a more traditional MMORPG in the Magic setting, but it would have lost a lot of what made Magic: Legends special. Meanwhile I don’t see any downside to going for more of an ARPG style, except for driving away the people who simply don’t like ARPGs, but there are at least as many people who don’t like traditional MMOs, so it balances out. 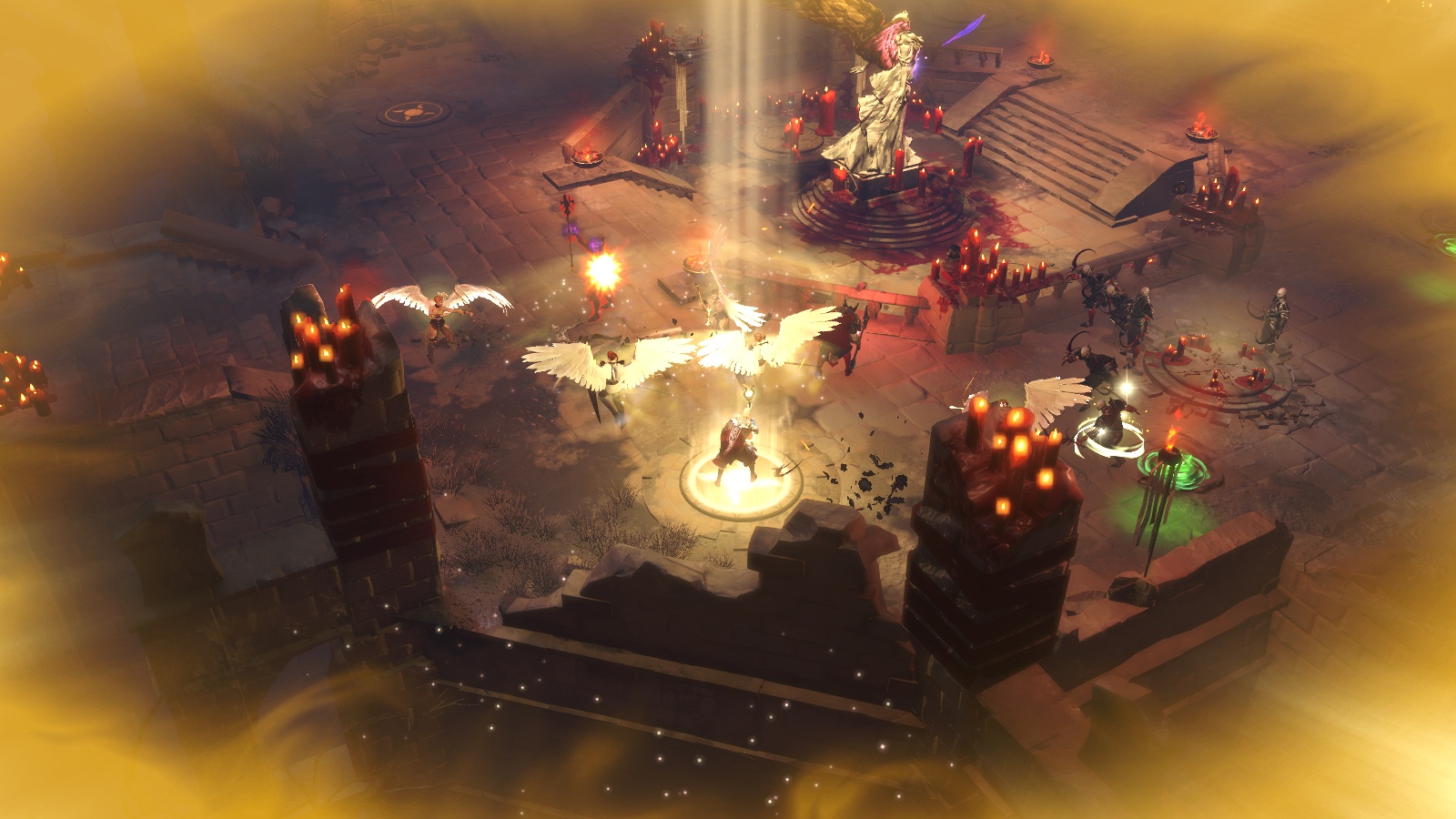 Given the (somewhat justified) reputation of Cryptic and Perfect World Entertainment for invasive monetization, some gamers have been quick to blame the business model for ML struggling, but I don’t think that’s it, either. The Dimir Assassin debacle gave the game a black eye out of the gate, but it was swiftly addressed, and aside from that, ML actually had one of the more generous free to play models I’ve seen.

So I don’t think either of those theories is correct. Those are the sort of things that would have driven people away immediately, but that’s not what happened. ML launched well, only to crash later.

As proof, I submit how absolutely packed the game was at launch. Every zone was filled to capacity. The hub zone of Sanctum was so crowded that it was almost impossible to get anything done, and people had to beg for player collision to be turned off. Chat moved so fast it was unreadable. This game brought people in. It just didn’t keep them.

So it was retention that was problem, and I think the blame for that falls squarely on two things: bugs and a lack of content.

I dislike the hyperbole of the gaming community, particularly the way any game that’s even slightly flawed is inevitably labelled “broken.” So when I say Magic: Legends was broken, please understand that it was really, truly broken.

While I mostly didn’t experience the lag reported by many people, I’ve had many more problems. Outfits don’t save with loadouts properly, daily quests don’t complete or complete themselves without my doing anything. Crashes are a daily occurrence, and half the time when I try to load the game, the client just hangs, and I need to CTRL+ALT+DEL to get out, close it, and try again. 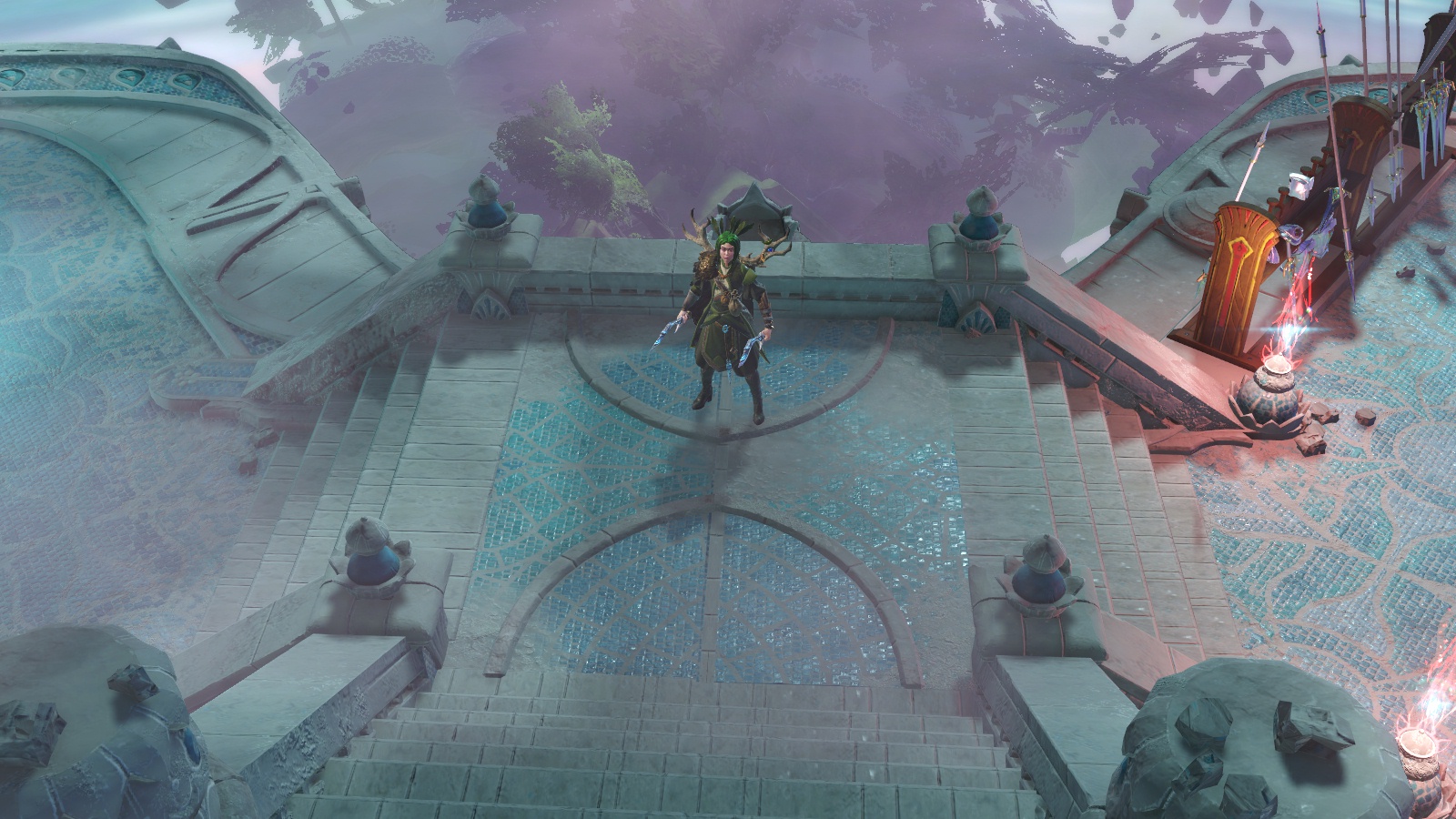 This has been going on for months. It was ridiculous.

Meanwhile, the game was also held back by a severe lack of content. Some are disappointed by the lack of dedicated “endgame” content in ML. Personally, I don’t see anything wrong with making making the whole game repeatable rather than having discrete content for endgame grinding, but for that to work, you need a lot of content, and ML didn’t have it. It has maybe 20 hours of story content, and that’s it. Most of the content additions post-launch were temporary events. While enjoyable, they weren’t enough on their own.

As someone who played a lot at launch, that more than anything was what made me start to drift away after the initial rush. I love the core gameplay of Magic: Legends, but you can only run the same few story missions so many times.

There were other issues, but they were easier to address, and indeed, Cryptic was doing a good job of fixing a lot of them. The slow acquisition of new cards, for instance, was rapidly addressed.

The bugs and small scale of the game, though, were harder to overlook and even harder to fix. I firmly believe it was those twin blows which doomed the game. It’s a shame; if it had just spent more time in development, I think it could have survived and prospered. It simply wasn’t ready to release when it did.

Even if it had simply treated this open beta as a beta — and if it had foregone the monetization — it may have survived. If you view it as a beta, the state of the game was much more forgivable, but a studio abdicates its right to use that as a defense once it started charging people money.

But for all its faults, let’s not forget that Magic: Legends did some things incredibly well, too. 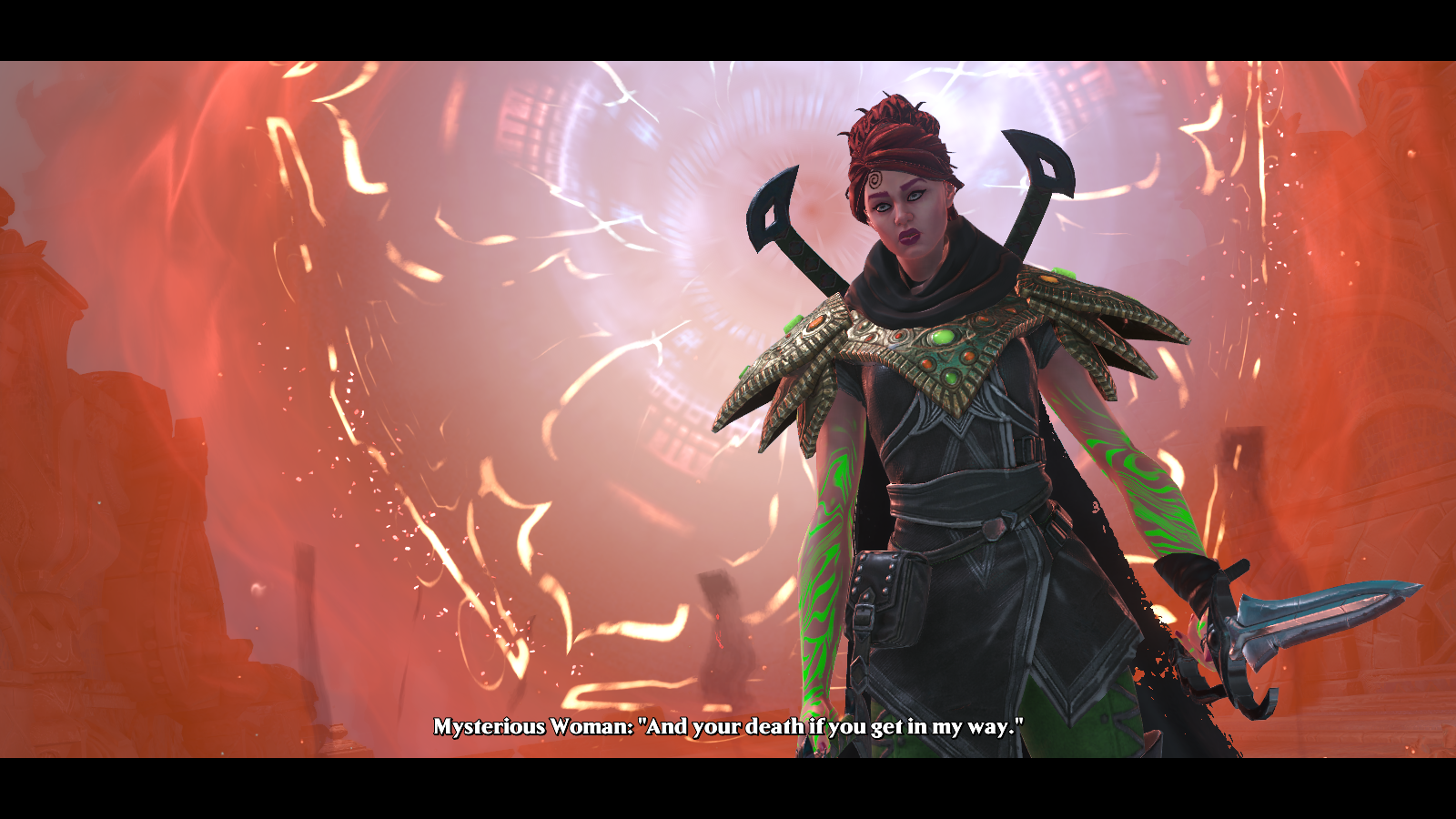 While some players may justifiably complain about the excessive number of currencies in the game, overall I think it had one of the more satisfying progression models in online gaming (lack of content notwithstanding). I detest grinding, but I didn’t mind grinding in ML. While the bigger goals took a long time, there were so many incremental ways to improve your character that it always felt like you were making meaningful progress, even if you only played 20 minutes a day.

It reminded me of both Wrath of the Lich King and the later days of The Secret World. Both examples of currency-based grinds that let you make slow, steady progress to exciting rewards.

As a connoisseur of such things, Magic: Legends also had some of the best character customization of any RPG I’ve ever played. The deck system offered virtually unlimited possibilities for unique builds, especially given an emphasis on summoning and enchantments that most other games lack.

I’ve got a build that’s all about summoning dozens of burning zombies that explode on death. How cool is that? I’ve also got a death druid that heals and curses in equal measure, backed up squads of walking corpses and Elven archers. I’ve got a melee warrior who leaps into the fray and then explodes with holy flame. I’ve got a ranged support who commands an army of knights and angels.

And the game’s only been out for a few months! Imagine what would have been possible with years of further development.

I desperately hope that the failure of Magic: Legends does not lead people to ignore the enormous potential it had. There are numerous ideas here that can and should be stolen by other games. A competently made ARPG with ML‘s deck system would be a dream come true.

Looking back, I think ML was very nearly the ideal of what I’m looking for in an RPG (bugs notwithstanding). The only thing keeping it from becoming a true favourite was its weak story-telling, which is something I really struggle to overlook. It’s a testament to how good its other virtues were that I was able to enjoy it as much as I did despite the poor story, as usually that’s a dealbreaker for me. 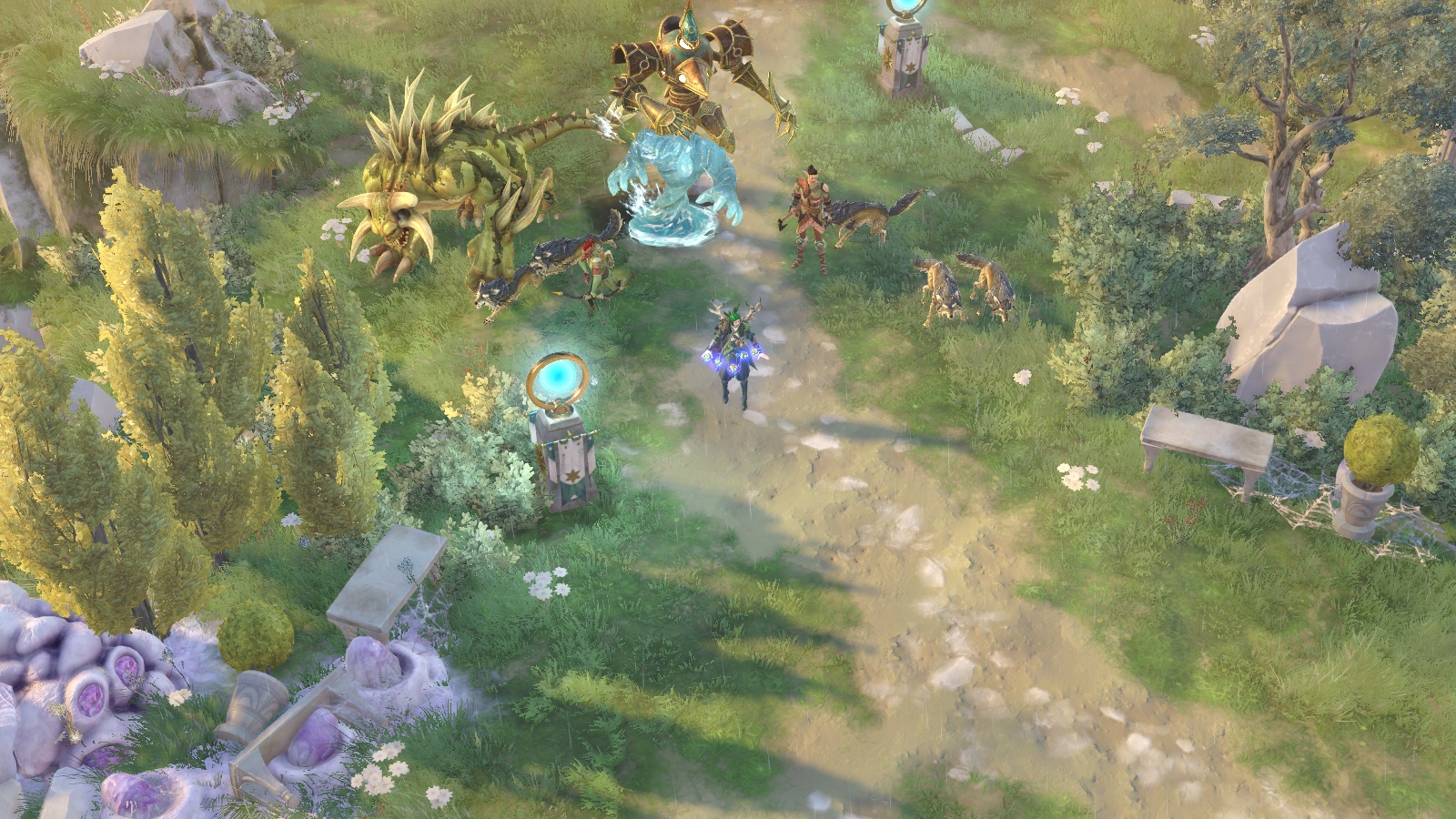 A sad irony is that when this news broke, I had just started getting back into the game after a few weeks of break. Now I’m not sure how to proceed. When a game is set to sunset, I often feel as if I should spend time with it while I can, but I rarely do.

There are a few more builds I really wanted to try, though. I was thinking of making a werewolf build and calling it “Hungry Like the Wolf.” Don’t judge me.