Even as someone who enjoys the game, I have to admit that Magic: Legends had a very rough launch, with numerous polish issues and a relative lack of content. Last week saw the game’s largest post-launch patch to date, and previous patches have made positive changes as well, but there are still issues that need to be addressed.

Past updates have already put a lot of effort toward fixing bugs, improving performance, streamlining the much-maligned tutorial, and allowing people to earn cards, classes, and loadout slots quicker. The May update continued to work on many of those issues, but it made some bigger additions, as well. One of the most obvious is the release of the new Pyromancer class, freely available at an early level of this and all future Battlepasses.

I will be honest: As much as I believe you can’t have too many classes, this particular class doesn’t do much for me. There’s nothing in particular wrong with it, but I am left with a certain feeling of, “Who asked for this?” It’s the second fiery red mana class, and fifth ranged class. Meanwhile, Geomancer and Beastcaller remain the only melee options.

I do appreciate the Pyromancer’s dual wand, pseudo-gunslinger aesthetic, though. It’s got style.

Adding the Pyromancer also throws further light on another issue with Magic: Legends that has been on my mind of late: Leveling alternate classes kind of sucks. Don’t get me wrong; I don’t take issue with the concept. In most games I like leveling alt classes, and the idea of leveling every class to unlock their Traits is a cool idea in theory. But the way it works right now feels more like a chore. 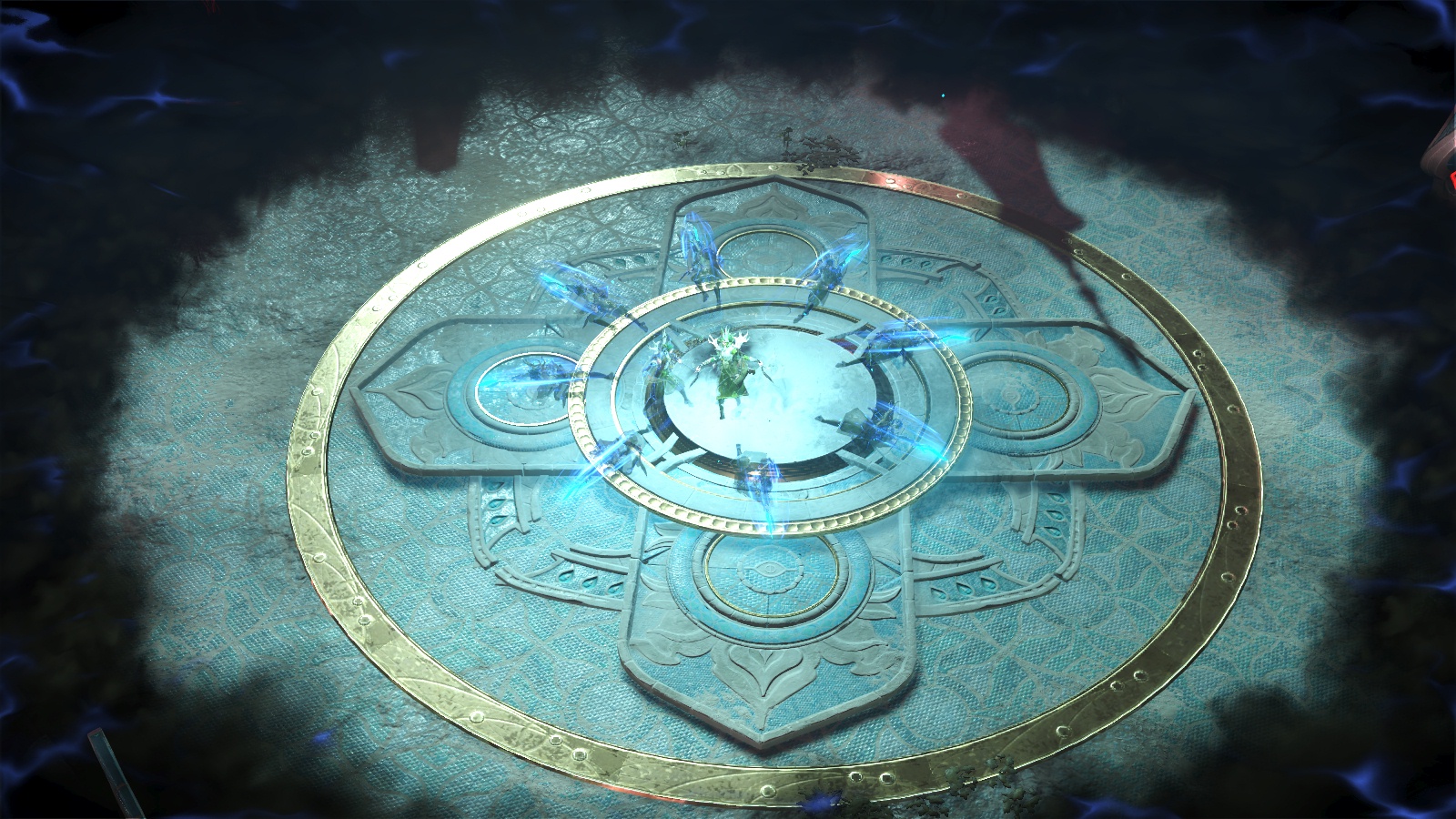 Nothing warns you of this, but I’ve discovered there’s some kind of hidden damage multiplier against low level classes on the higher difficulty settings. Even if your loadout score is more than high enough for Expert or Master, any enemy on those difficulties can instantly one-shot you if your class is significantly below the cap.

Therefore, you have no choice but to level on Normal or Hard. This is frustrating on a number of levels. You don’t benefit from the much greater rewards of higher difficulties (including increased XP that would help you level faster), and a high end loadout completely trivializes those difficulties, so it’s all tediously easy.

This is something I hope changes at some point. It’s frustrating to have your progression throttled by such an artificial mechanic, especially since nothing in-game even tells you it’s there.

Another major shift brought by the May update is a change to how creature cards are played. Earlier in the month, the Summoner’s Draw event made it so that cards for creatures you’ve already summoned only appear in your hand once that creature dies.

It was widely speculated that this event was a test in anticipation of potentially making the mechanic permanent, and sure enough, the May update has now made this the new standard for how creature cards operate.

Now, I have felt from the start that this is how creature spells should work, so I am very happy to see this. I think it makes combat flow much better; it never felt exciting to re-summon a creature you already have just to make room in your hand for a card that’s actually useful. 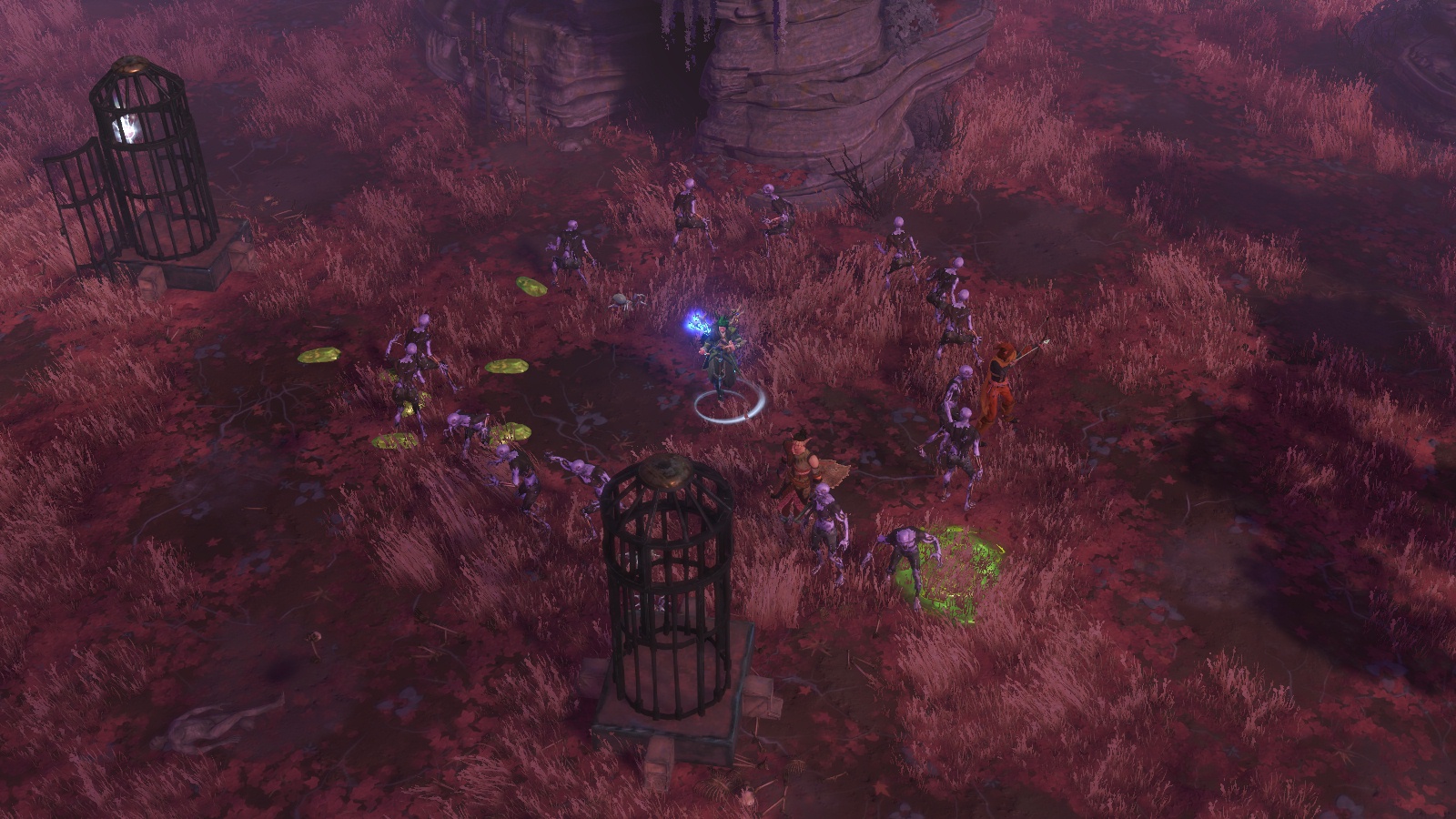 However, there is a significant number of people on the forums who have been quite harshly critical of this change. And while I do disagree with their conclusion that the change is a net negative, they do have some valid points. The problem is the game was balanced with the original creature draw mechanic in mind. One of the obvious examples is the on-summon effects possessed by certain creatures or granted by some artifacts, like the Orb of Shiv. This is effectively a significant nerf to any builds capitalizing on those effects.

The good news is this is a solvable problem; those effects can simply be buffed to compensate for the fact they occur less often. I think it’s short-sighted to say that Summoner’s Draw is a bad idea just because it necessitates some rebalancing. Improved mechanics shouldn’t be held back by easily fixable balance issues.

That said, it probably would have been better to make those changes before making Summoner’s Draw permanent. But hey, the initial launch of the game proved Cryptic isn’t afraid to rush things out the door…

Another major concern is that creatures tend to die very quickly on the highest difficulty, Master, and constantly resummoning them was considered by some to be the only way creature builds are viable at that level. By making creature cards reappear in your hand more slowly, Summoner’s Draw exacerbates the issue of creature builds struggling at that level. 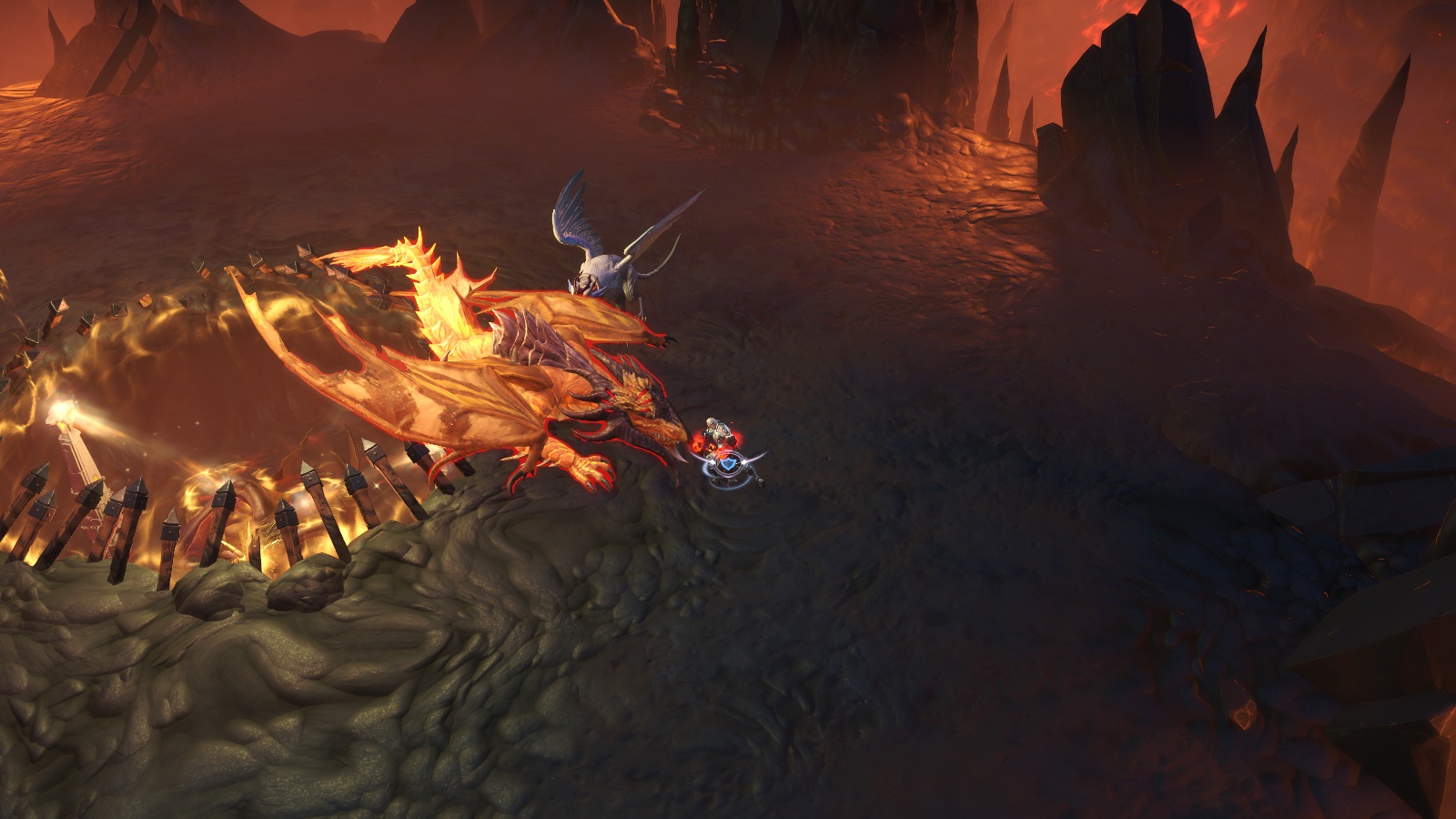 So overall I do think this change is a strong positive for the game in the longterm, even if it does expose some issues that need to be addressed.

Finally, this update has also brought some much needed new content in the form of the Chasing Answers mission, which at last ties up the loose ends of the game’s initial storyline. The bad news is it’s just the one mission, but the good news is it’s pretty good — definitely the best story content in the game to date. I won’t say it’s brilliant story-telling or anything, but it’s a fun adventure with a real sense of urgency, some welcome cameos by familiar faces, and exciting rewards.

One thing I really like about ML is the trend of giving players paths to earn the coolest powers of the bosses we fight, as seen with Chasing Answers, the associated Latent Shadows event, and the previous Mana Rig Mayhem event. I’m already making good use of Shadow Asylum, a visually spectacular new green/black spell first used by the antagonist of Chasing Answers. This is something I hope to see continue — it’s a fairly unique form of reward that’s very well suited to ML‘s spell-collecting progression system.

There are other improvements, as well — such as a drastic reduction in the Planar Mana costs of Realm upgrades — but those are the big ticket items. Overall, the last few updates have made some very positive changes. It still doesn’t entirely solve the issues that have dogged the game since launch, but these are good steps forward.

If you’re just getting started on Magic: Legends or looking to, don’t forget to check our list of things I wish I’d known when I started.