If you can pry yourself away from New World for a minute, you might recall that Elyon was also originally planned to launch this week, and it turns out to have been a very, very good thing for the game that it delayed another month to October 20th. But you’ll also recall that Bluehole and Kakao took the delay as an opportunity to also change the game’s monetization, shifting from a buy-to-play title into a free-to-play title.

Of course, they would still like your money if you’d like to buy something, and indeed the studios have now opened up the sale of “extra” packages for the game in addition to preregistration last week. The packages run from $30 to $40, so nothing too extreme here, and include things like cosmetics and pets, as well as access to the headstart.

“Pre-purchasing any package will grant you access to Elyon 72 hours prior to the official game launch, starting October 17! You will also be able to create your character early, starting October 13, as well as receive a special pre-purchase-only in-game title.”

As we’ve previously noted, anybody who had already preordered the game prior to its free-to-play shift was given the option to request a refund or convert it into premium currency, and those folks are also getting into the headstart event. 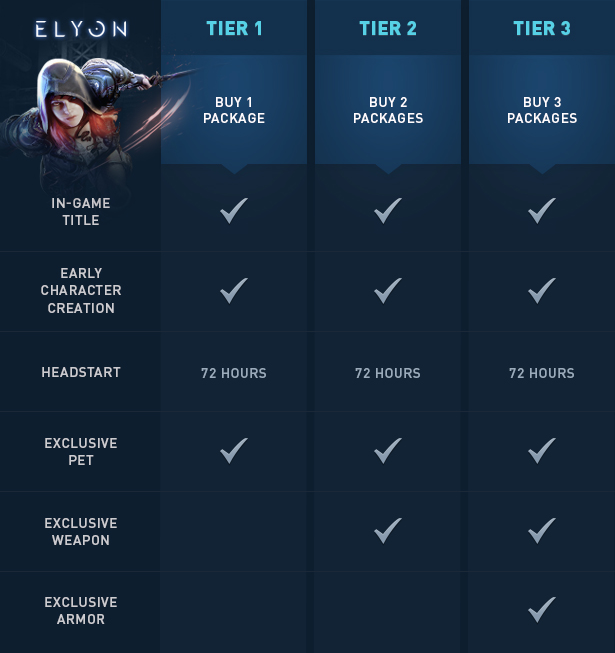