Activision Blizzard CEO Bobby Kotick received a stern warning from the highest levels of the U.S. government not to interfere with burgeoning unionization efforts at one of the gaming company’s subsidiaries.

According to Washington Post, U.S. Senator Tammy Baldwin, a Democrat from Wisconsin, urged Kotick to “negotiate in good faith with the workers and suspend any efforts to undermine your employees.” She went on to say, “I urge you and the management at Raven Software to remain neutral in the coming NLRB election in order to allow your employees to decide their representatives for themselves.”

This comes after Activision Blizzard refused to recognize Raven Software’s movement toward unionization. The smaller studio filed for union election in late January, after which Kotick’s ABK attempted to interfere with the process. No doubt the Baldwin’s letter comes as welcome support to Raven’s workers and an unpleasant pressure for Activision Blizzard’s execs and board. A copy of Baldwin’s letter was also forwarded to Microsoft’s CEO. 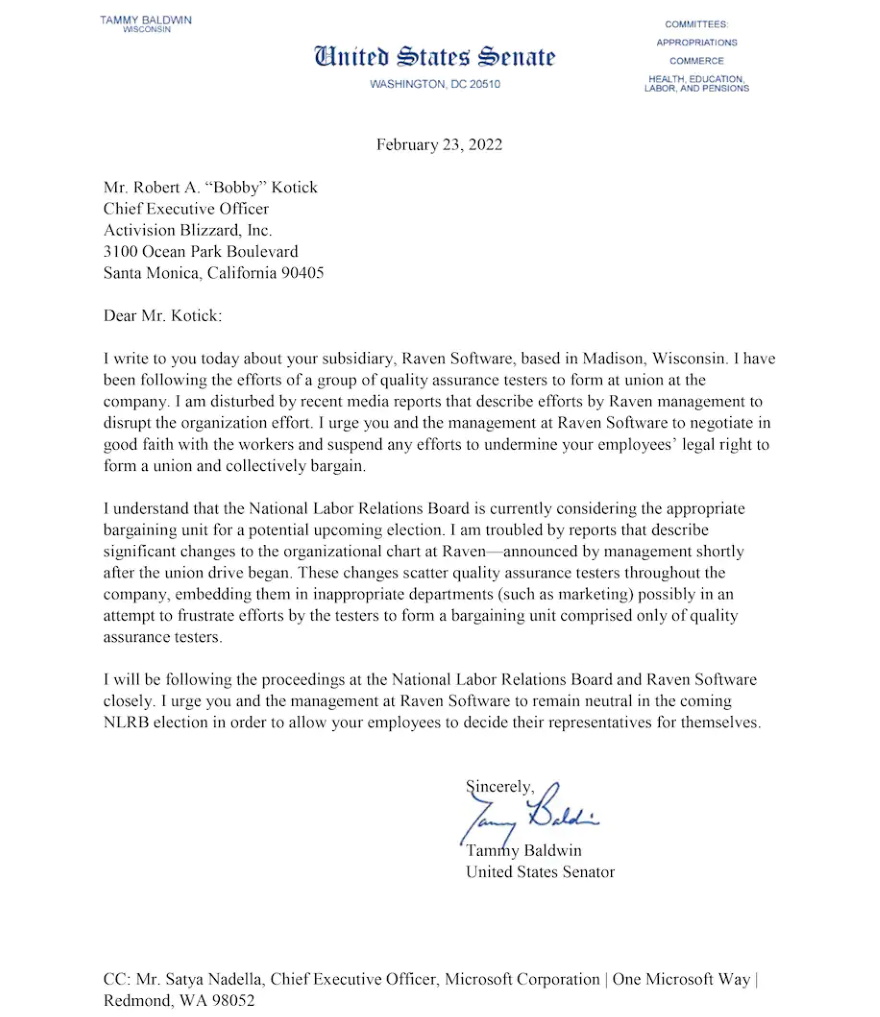 Source: Washington Post
Activision-Blizzard is considered a controversial gaming company owing to a long string of scandals over the last few years, including the Blitzchung boycott, mass layoffs, labor disputes, and executive pay fiasco. In 2021, the company was sued by California for fostering a work environment rife with sexual harassment and discrimination, the disastrous corporate response to which compounded Blizzard’s ongoing pipeline issues and the widespread perception that its online games are in decline. Multiple state and federal agencies are investigating the company as employees strike and call for Bobby Kotick’s resignation. As of 2022, the company is being acquired by no less than Microsoft.
Advertisement