The tentpole new feature of Elder Scrolls Online’s High Isle chapter earlier this summer was surely the minigame Tales of Tribute, which invited players to try their hand at ranked and casual matches in what was essentially an in-universe deckbuilding card game. While beautifully rendered and fun, the minigame didn’t seem to light our core-MMO audience or writers on fire – but clearly, quite a lot of ESO players are enjoying the heck out of it.

Why do we say “clearly”? Because ZeniMax Online Studios released an infographic boasting of the minigame’s success. Apparently, just in the first three weeks of Tales of Tribute being live (“between June 6 and July 1, 2022, across all megaservers and regions”), ESO players took part in over 838,000 matches, over 30,000 of which were 80-point wins. ZeniMax also says the record per-turn power earned (44) and coin earned (64) were “achieved without the use of Patron abilities.”

You can give the whole thing a peek below. 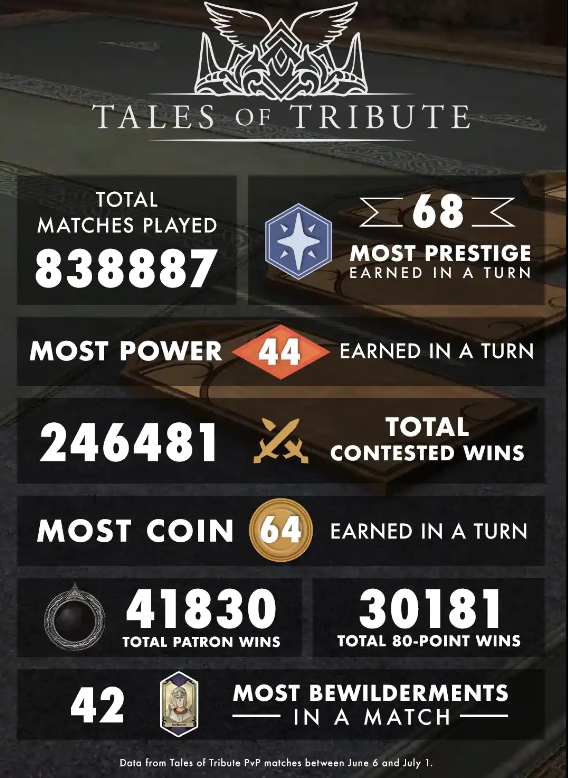