World of Warcraft: Shadowlands launches today. I will not be playing. Once upon a time, a new WoW expansion would be a major event in my life, but this is the second expansion in a row I’m giving a pass to. There are many reasons for that, but perhaps the biggest is the Pathfinder system.

When I talk about leaving WoW, I usually talk about disliking the story direction of Battle for Azeroth and feeling like Legion was a good note to end on, and that’s largely true. However, Shadowlands does look to be taking the story in an interesting new direction, and in another time, that could have won me back.

But every time I consider it, I think about having to do another Pathfinder grind, and my heart just sinks. The story is what drove me away, but Pathfinder is what keeps me from coming back.

For those who may not have played in the last few years, let me explain: The Pathfinder system was introduced in Warlords of Draenor as a limiter on flying mounts. Originally the plan had been to disallow flying in WoD and all expansions going forward, but after massive backlash, Pathfinder was implemented as a “compromise.”

Flying mounts have existed most of WoW‘s history. They represent one of the primary offerings in the game’s cash shop, and they have generally been treated as the premier prestige reward in World of Warcraft. People have spent months or years grinding for rare flying mounts, they’ve killed the hardest bosses in the game for them, and they’ve spent significant amounts of real world cash on them. And Blizzard tried to make them effectively useless in all relevant content going forward.

Meeting in the middle always sounds virtuous and reasonable, but Pathfinder is a great example of how a compromise isn’t always fair if the original ask was completely outrageous. If someone demands he be allowed to store thousands of feral mice in your home, it’s not a “good compromise” if you argue him down to just a few hundred feral mice plus a brioche plate you can split with him. 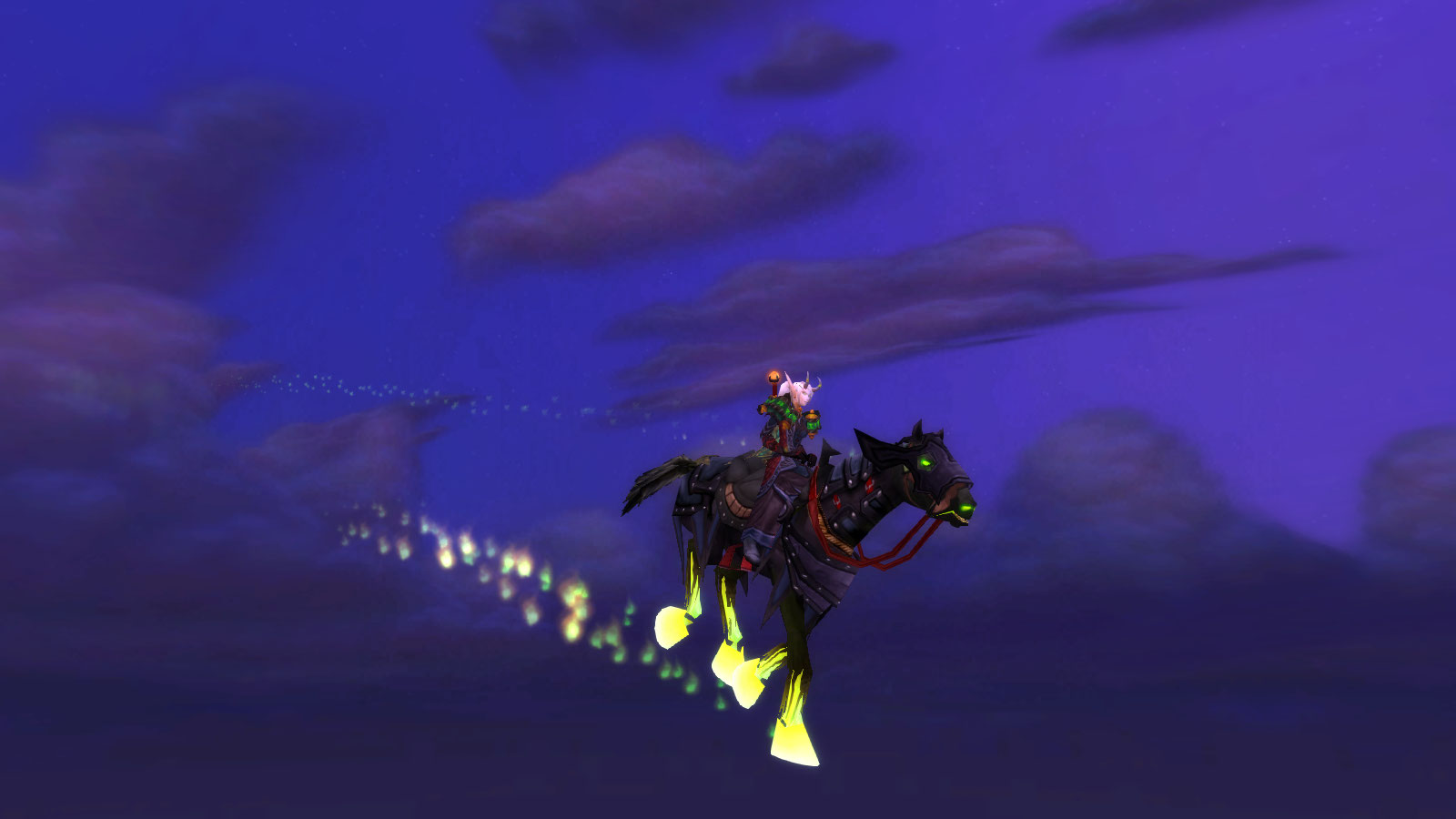 The exact mechanics of how Pathfinder works varies from expansion to expansion, but the short version is you can’t fly in new content until you complete a meta-achievement that entails, at the least: Fully exploring every new zone, completing all new quest storylines, and several weeks of endgame reputation grinding. It’s also generally not even possible to complete the meta until several months into an expansion.

It’s an exhausting, tedious grind, and the worst thing about it is you don’t even get something new and awesome out of it. You just get to go back to using a feature that has been a pillar of the game for the large majority of its lifespan.

Don’t get me wrong: I do see the value in not being able to blitz through content immediately upon release with your 310% speed drake mount. I genuinely enjoy exploring the content from the ground first, which is why I support Wrath of the Lich King‘s take on the issue: You’re grounded until you hit the level cap on your first character, flying on that character and alts going forward. If you really want to make sure people are fully exploring the content, gating flying behind the Loremaster achievement for completing all the quests wouldn’t be unreasonable. Anything more than that is just grind for grind’s sake, though.

I firmly believe Pathfinder only exists as a way to artificially extend the length of content so as to earn more subscription dollars. It’s not as if Blizzard is above that sort of thing. Ever noticed how max-level quest chains these days always unlock one quest per week, and it always takes more than one month to unlock the whole story?

I choose to believe this because greed is quite frankly the more comforting interpretation. Pathfinder as a way to make more money is based on sound, if slimy, logic. If Blizzard actually believes this is good design… yikes.

There are arguments put forth to defend this decision, of course, one of the most common of which is that flying mounts remove the sense of danger from the open world. Putting aside the fact that WoW‘s open world content has never been dangerous, there are better ways to maintain a threatening world than arbitrarily gating flight. You could implement aerial mobs that attack you when you fly into dangerous areas, or anti-air cannons, or just let mobs shoot up.

These are all mechanics that already exist in various parts of the game world, by the way. Blizzard wouldn’t even have to make anything new. 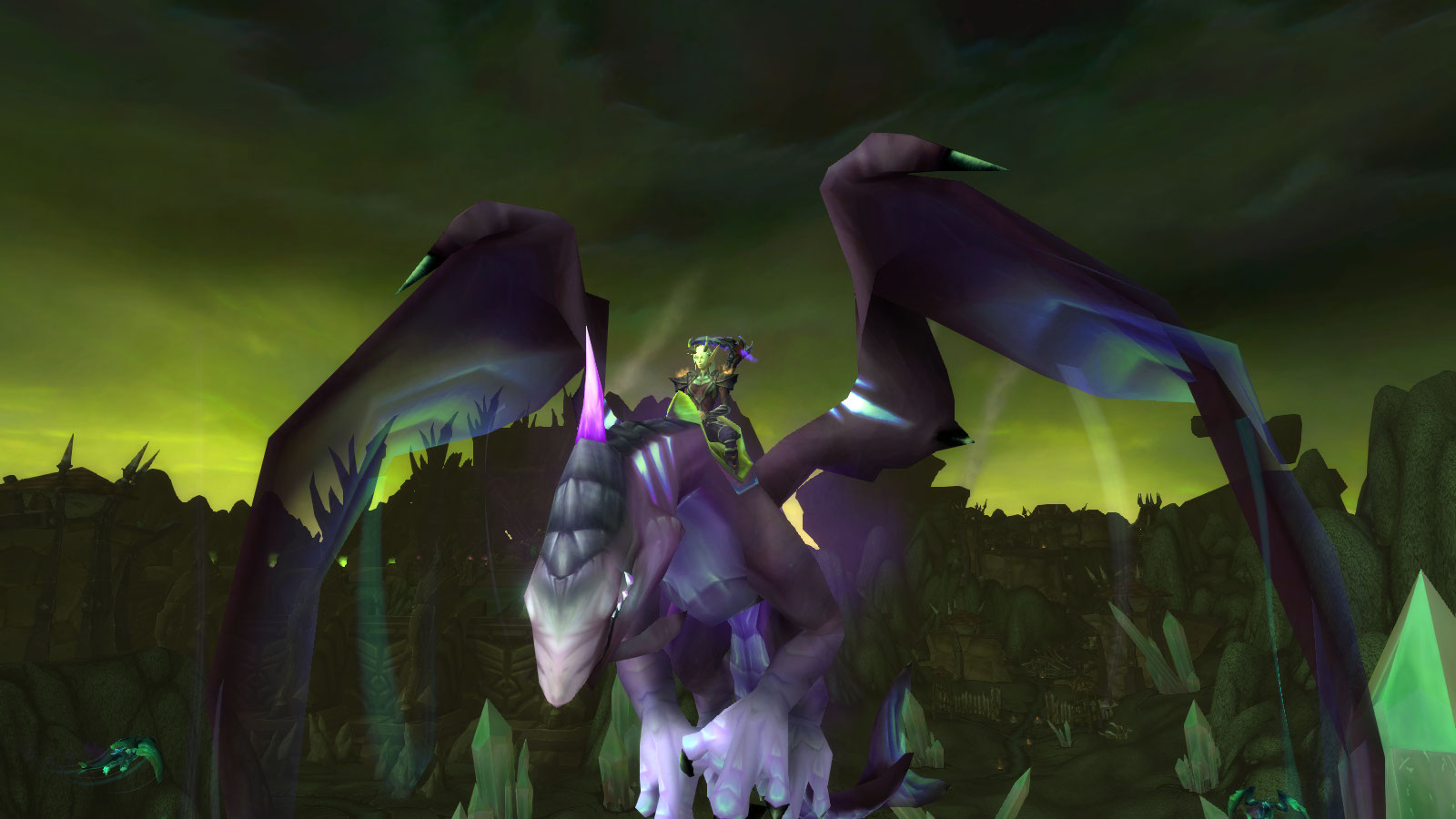 But really the best counter-argument against any criticism of flying is that you simply don’t need to fly if you don’t want to. Only a handful of zones in the game have ever required flying mounts to navigate, and the last ones were implemented in 2010. If you don’t like it, just don’t do it. You’re not going to get kicked from your raiding guild because it took you seventy seconds longer to get to the next quest hub.

Therefore there is literally no downside to removing Pathfinder. No one loses, save perhaps Blizzard’s shareholders, and then likely only to a negligible extent.

All of this has been said before, by many others in many venues. Pathfinder has been a source of deep controversy since its inception. I want to put forth one more argument against it, though — or more accurately an argument for flying — because it’s a really important that often gets overlooked.

Yes, it’s convenient, and it’s a time-saver, and all that, but more than that it just feels good. I will never forget the sheer childlike glee I felt when I got my first flying mount and took to the skies over Hellfire Peninsula. Ever since, flying just for flying’s sake has been a staple of my WoW experience. It’s great for screenshots, and contrary to what some say, it does wonders to make the world feel bigger and more cohesive.

One of my absolute favorite memories of playing WoW was a day late in Cataclysm where I was bored and had pretty much run out of things to do, so I decided to fly all the way from the top of Kalimdor to the bottom. I flew to the very tip of the coast north of Winterspring, then flew south to the end of the Vir’naal Delta in Uldum. 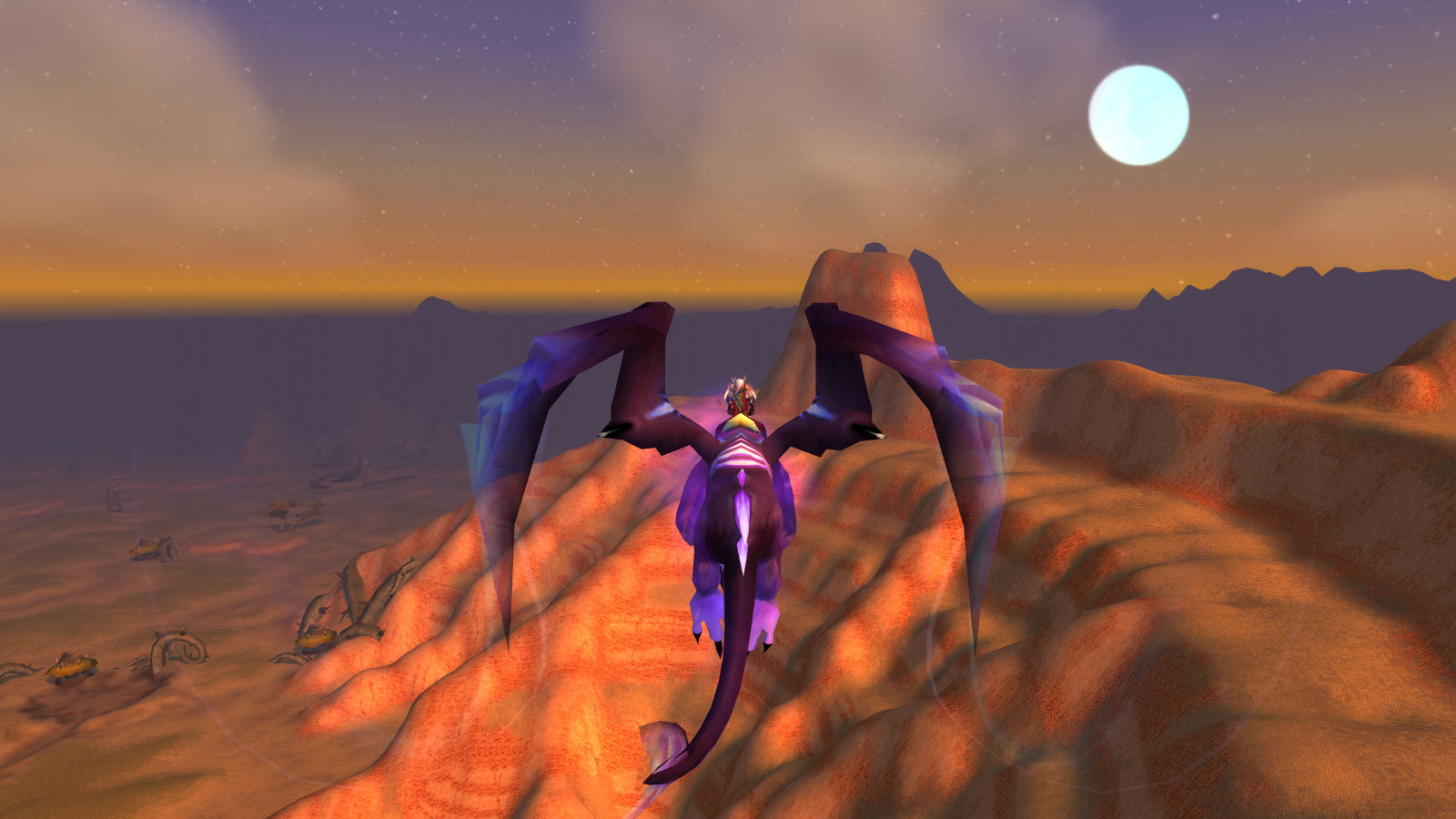 Flying in a more or less straight line, with no stops save perhaps for the occasional pause to take a screenshot, it took me the better part of an hour. Nothing else before or since has quite impressed upon me the sheer scale of the game world, nor done so much to make it feel like a world, and not just a game.

Yes, you can ignore Pathfinder. You can play the game perfectly fine without flying, waddling around on the Nether Drake you spent a month grinding for like some kind of horrible purple penguin, but in so doing you miss out on one of the most special things about World of Warcraft. It’s not about efficiency, or competitiveness, or optimization. It’s not about what makes your character more powerful, or what you need to raid. It’s about fun and feeling like a part of a virtual world.

So I don’t want to play without flying, nor do I want to spend weeks doing an exhausting forced grind that doesn’t exist for any logical reason beyond greed.

And that’s why I’m not playing Shadowlands today. That’s how Pathfinder killed World of Warcraft for me.