Congratulations are in order for Genshin Impact, which became October’s highest-grossing title. In Superdata’s new report, the crossplay title is deemed “an unprecedented international success for a game made by a Chinese developer,” especially with the presence of gacha tactics. The game rose high up on the mobile charts, in particular, pushing past Roblox and falling short of toppling Pokémon Go’s reign.

Star Wars Squadrons was also singled out for praise in the report, as the multiplayer space shooter sold 1.1 million units during that month.

On the PC side, World of Warcraft clawed its way from #8 in September to #5 in October, presumably in anticipation of this month’s expansion. League of Legends, Dungeon Fighter Online, and Fortnite also made their expected appearances. 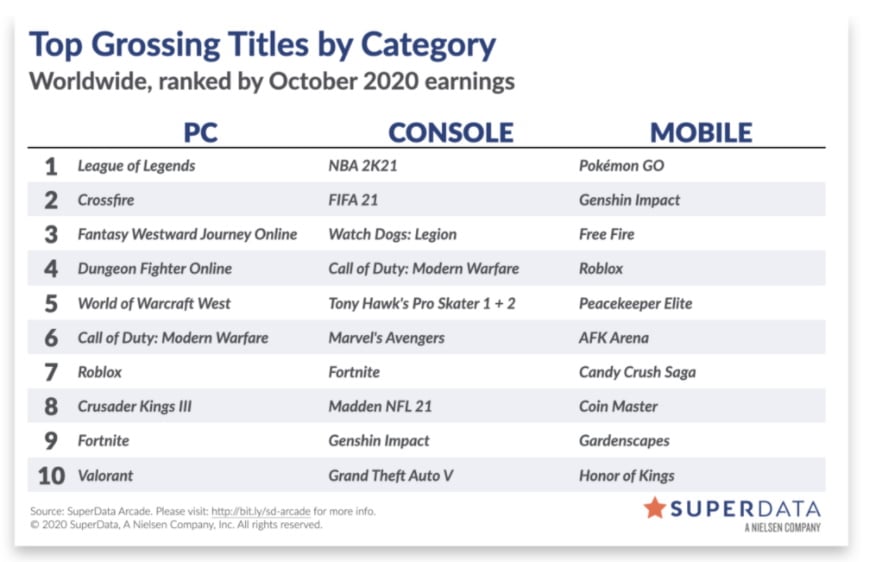