This will probably come off as “water is wet” news, but for those who like to keep a finger on the pulse of these things, SuperData has released its April 2020 report, which once again sees another jump in games spending as a result of quarantines and shelter-in-place orders due to the novel coronavirus.

The report specifically points to games like Animal Crossing: New Horizons, which once again sold more digital units in April than any other game, and the Final Fantasy VII Remake, which set records for both the franchise and PlayStation exclusives with 2.2M digital units sold. Over in our specific corner of the gaming world, SuperData found that lockdowns caused people to flock to their old favorites: Player numbers and revenue for League of Legends hit highs that haven’t been seen since February 2017, Grand Theft Auto V saw a spike in in-game spending, and Fortnite once more saw a fresh injection of both players and revenue thanks to the in-game Travis Scott concert. 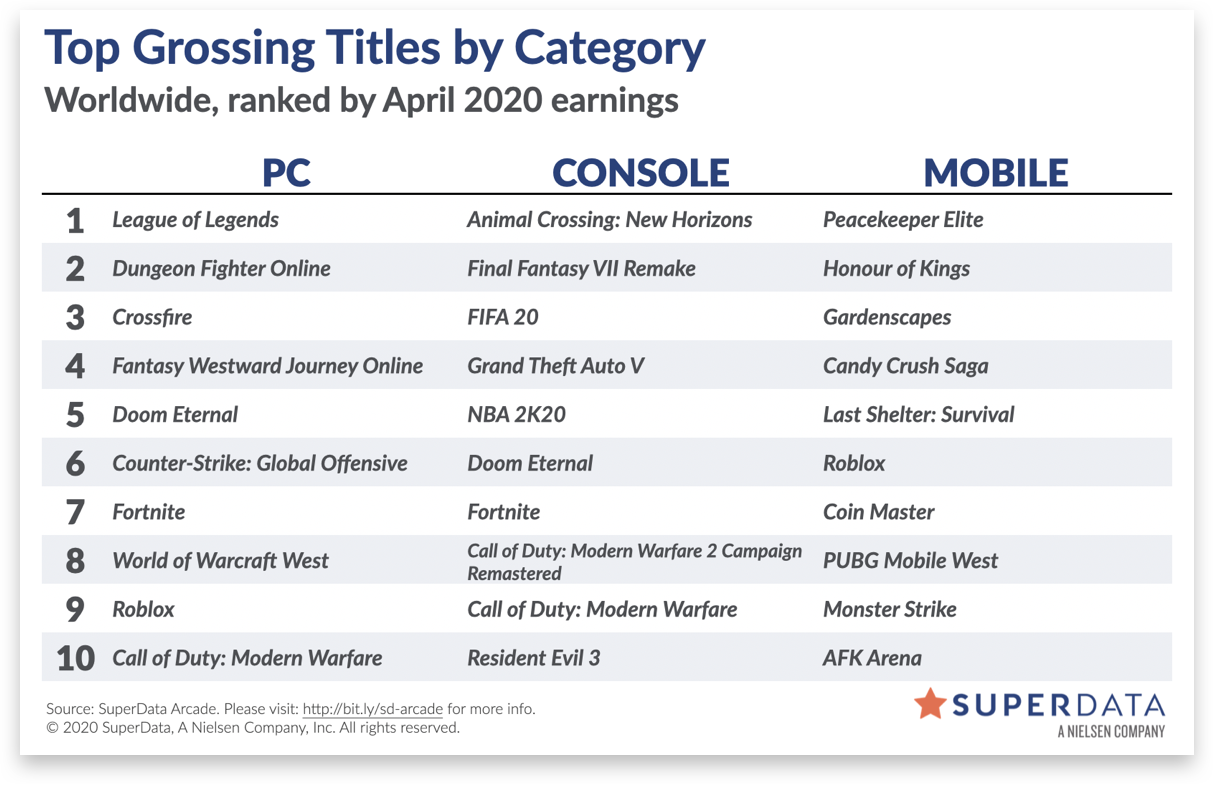