It’s been a boom month this past November for digital games sales. The latest SuperData report finds that digital games have earned $11.5 billion (with a “b”), making it “the highest monthly revenue ever” for digital sales. In fact, earnings overall were up by 15% from November 2019, with mobile gaming revenue growing by 9% and PC gaming revenue growing by 22% resulting in a new revenue record for the platform.

Most of that PC growth is being attributed to World of Warcraft: Shadowlands, which has reclaimed its top spot in the PC category of worldwide top grossers for November 2020 – a spot it hasn’t held since August 2018. Furthermore, SuperData reports that Shadowlands has led to the game’s highest monthly revenue since 2008 and player numbers since 2010 — 50% and 34% higher when compared to Battle for Azeroth. That said, the report expects that these numbers are likely only going to lower over the next couple of months. 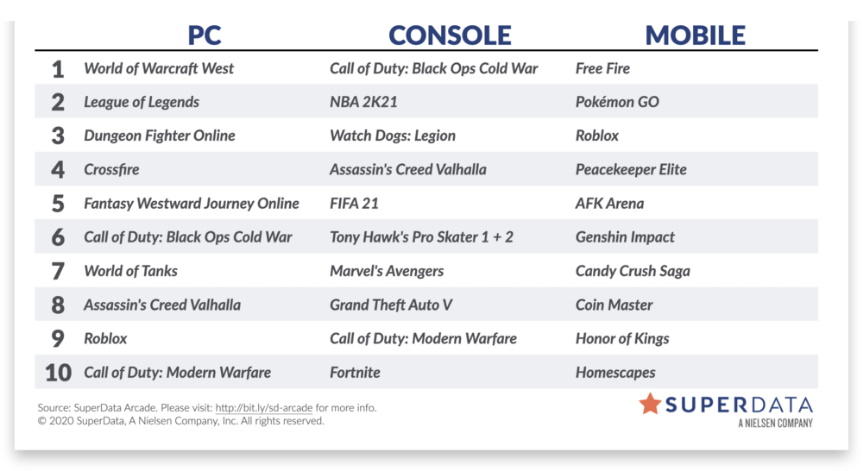