Indeed, the game was dethroned on the PC side by Dungeon Fighter Online last month; this month, World of Warcraft surged to take the #2 slot thanks to Battle for Azeroth, passing up League of Legends and several other games, including Fortnite on PC.

Enjoy this, MMORPG players. This doesn’t happen to us that much.

“League of Legends revenue is down 21% compared to the same time period in 2017,” SuperData notes. “World of Warcraft made $161M in August following the release of its Battle of Azeroth expansion, not including all pre-sales in the months leading up to launch. Subscribers for WoW West hit its highest point since 2014.”

Monster Hunter World’s PC launch was also apparently a big hit; it’s clocking in at #4 on the PC side, just after LoL (and also ahead of Fortnite). On the console side, of course, Fortnite is still king. 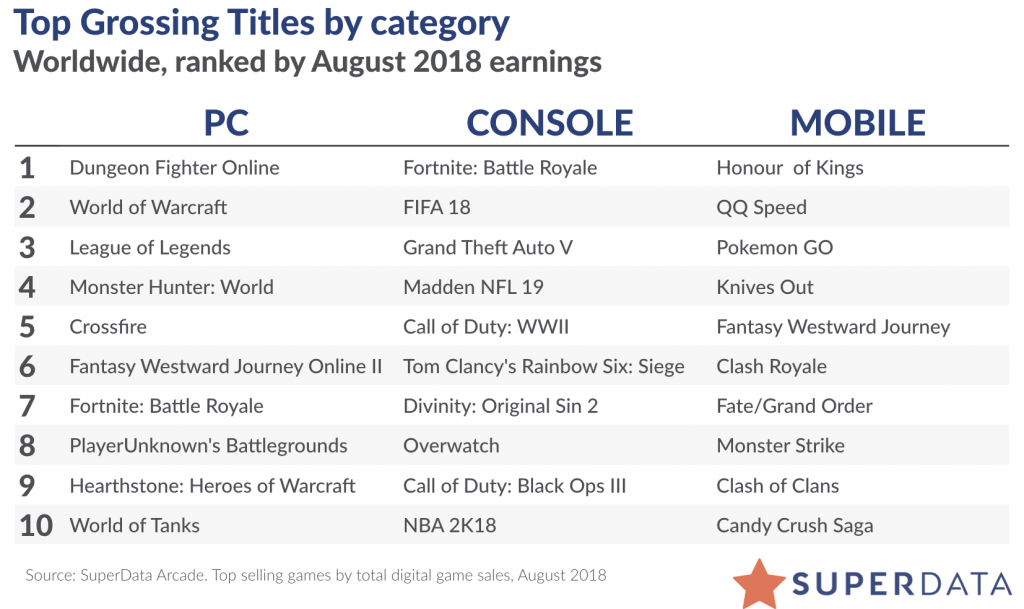