Superdata’s May digital games earning report is out, and there is some interesting movement for some of our favorite online games.

World of Warcraft’s western market had its best month this year so far, moving up to the sixth top-grossing PC title. Both Roblox’s PC and mobile editions have been doing great this year, Minecraft Dungeons had a decent debut, and Animal Crossing: New Horizons is still high up on the console chart. But what really impressed Superdata was the performance that it saw from Pokémon Go.

“Pokemon Go spending rose 60% month-over-month to thanks to a combination of warm weather and even more options for playing at home,” the report mentioned. “Earnings for the game typically rise during the summer months, and May 2020 was no exception.”

The report noted that Riot Games’ upcoming Valorant may already be causing a drop among Counter-Strike: Global Offensive play, as the latter’s revenue dropped 9% month-over-month. 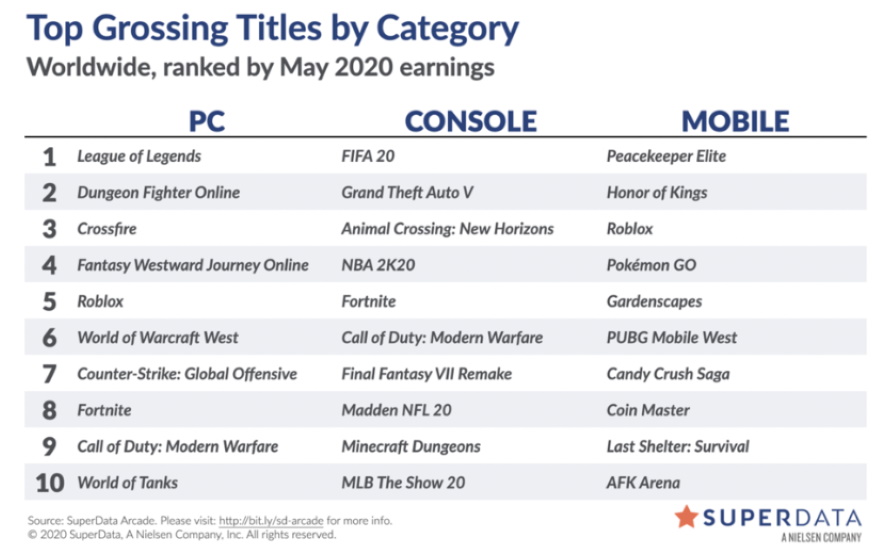 For comparison, here are the Superdata reports from January, February, March, and April 2020.