It looks like The Division 2 will keep on keepin’ on as far out as the early part of next year. We make that assessment thanks to a new roadmap update shared by the game, which has a general look at several pieces of content that are coming to the multiplayer shooter through spring 2023.

This December will see Season 10 arrive to the game, bringing with it a new Dark Path apparel event, a Lucky League, and a new manhunt target in the form of General Anderson. That month will also bring on the Winter Cheer holiday event, promising plenty of activities and presents for players.

Moving through the early part of 2023, players can look forward to things like Season 11 and its featured target Stovepipe, followed by Year 5 content in spring with a new season and the Descent game mode. Players can also look forward to a developer livestream to learn more about plans for Year 5. Until then, the roadmap can be seen just below the break. 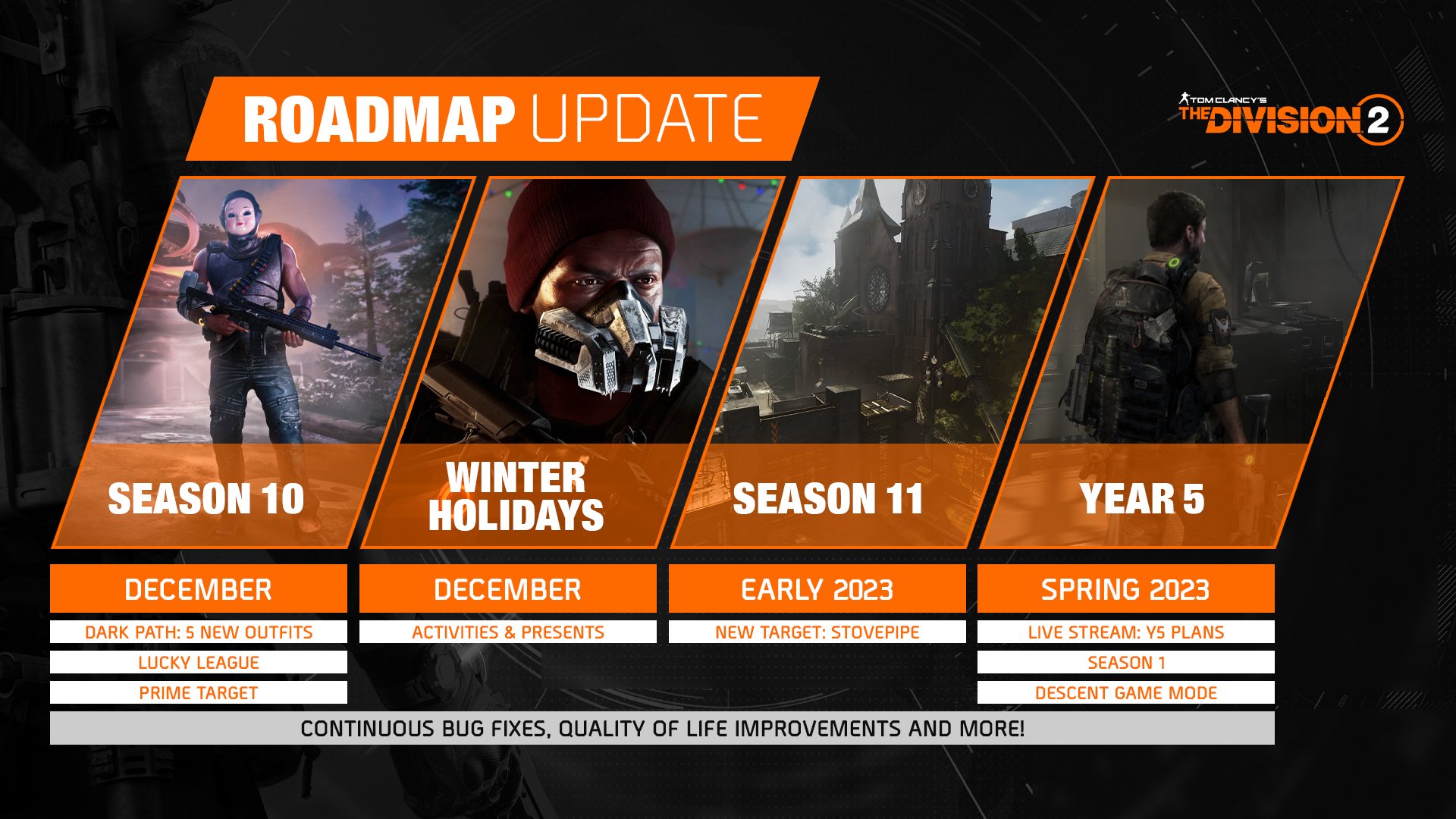