In the middle of 2020, we caught wind of a new multiplayer survival RPG called Frozen Flame; Russia-based studio Dreamside Interactive crowdfunded the game on Fig as an “action survival MMORPG” with dynamic battles, settlement construction, and dungeons. As of today, it’s officially launched into early access under the Ravenage Games publishing label, though it can’t quite boast MMORPG numbers just yet.

“The Early Access release of Frozen Flame serves as a robust foundation for Dreamside Interactive’s ambitions with the survival RPG, initially offering players an experience that ranges from 8 – 20 hours or more depending on how they play once they enter the world of Arcana,” the studio says. “The campaign allows up to 4 players in local co-op and up to 10 players on private servers.”

Dreamside dropped a handy roadmap of inbound features too; the first big post-early access update includes a new biome, with a winter festival, polishing, new bosses, new gear, new islands, musical instruments, enchanting, and campaign extensions expected in the next three months. There’s even a more broad outlook for 2023 as the survival game mode, 50-person servers, mounts, trading post, even more biomes and content are on deck over the next three “stages” of development. 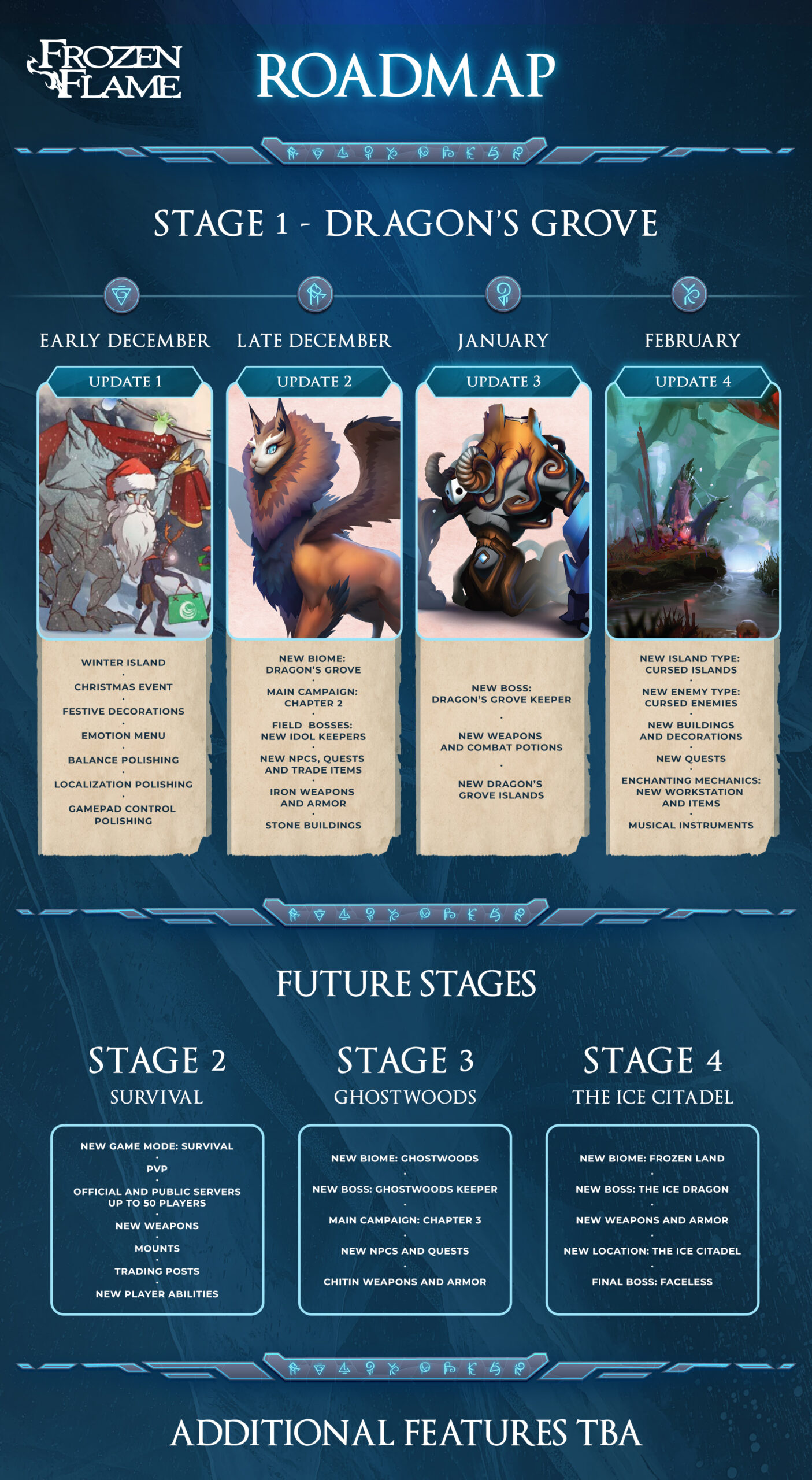 The game is currently on sale for just over $25 on Steam, with the caveat that reviewers to date have dropped the game’s score to “mostly negative” on the platform.