Allowing flying mounts in World of Warcraft was a terrible mistake that should never have been corrected.

For those not up on their history, here’s the deal: Flying mounts were first added in The Burning Crusade, better known as “the first time Blizzard actually launched a WoW expansion.” At the time, they were pretty darn cool, and while a few people voiced concerns about them, most of the playerbase was focused on the idea that we could freaking fly. That seems legit; I know far too many of my superhero characters were given the ability to fly just because, you know, flying. 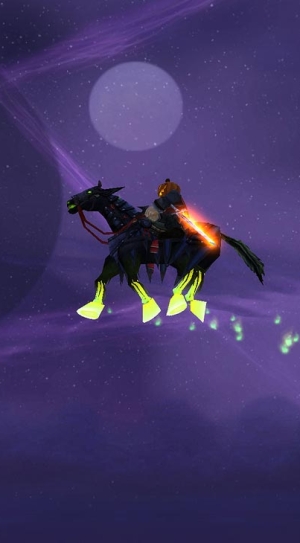 See, flying has always been a problem. It was a problem when it was introduced in The Burning Crusade, and it’s a problem now. If you don’t understand why, go do the quests in Outland without the benefit of a flying mount, then do them again with a flying mount. No, really, I’ll wait.

You may have noticed that with a flying mount, your approach to every single quest is basically the same: land as close to the objective as possible, kill/take it, take to the skies, turn it in. Landscape layout, enemy patrols — all of that is completely invalidated by the fact that the rest of the game world is working in two functional dimensions while you’re working in three. If you could loot objects from the sky, you’d never freaking leave, and with good cause: The designers basically handed you a cheat code that allowed you to bypass enemies more effectively than any stealth class ever could. Darn right you aren’t going to go back to being land-based.

You can argue that the stuff you normally have to chew through isn’t all that interesting, but honestly absolutely none of that matters. Whether or not the designers are actually good at designing encounters that force you to run in through the land is irrelevant if you are never, ever going to do so.

Part of the problem is that the game’s flight is very, very simple in its mechanics. You mount up and you are, essentially, swimming through the air. There’s no momentum, no need to get up speed before you take to the air, no delay, and little up there to threaten you. You certainly can’t fall from the sky or have to engage in any sort of elaborate maneuvering to stay airborne, a trick that even Super Mario World realized was necessary. Changing all of that now would require a whole lot of extra coding and work and would fundamentally alter so many mechanics that it’s basically a non-starter from the very concept; flying in WoW is what it is now.

It also creates the weird sensation of making ground mounts totally irrelevant past a certain point. Why ride a Paladin steed when it’s both slower and groundbound? The only reason is if you’re still in a stage of the expansion where you do not yet have access to flying, which means that all of the cool vanity mounts people will actually want to use have to be capable of flight, regardless of how silly or tacked-on that flight feels in the end.

All of this was sort of all right when flight was confined to Outland, but it was never really going to stay there. Bringing flight into the old world was one of those things that seemed to be a question of when, not a question of whether, and here we are, with flight just accepted as a thing that should always be there.

Flight, as it exists in WoW, is a huge problem for design, and yet it should not have been removed at all. It certainly shouldn’t be in this odd half-limbo state, where it may or may not be added back in at some point in the future.

Why? Well, to start with, The Burning Crusade came out back in 2007. That’s a long time ago. World of Warcraft came out in 2004. We have had flying mounts in the game as the default high-level mode of transportation from January 2007 until November 2014, which means that it’s just under eight years in a game that had been running for a decade when Warlords of Draenor launched. Flying has been the default for longer than any other form of mounted travel. 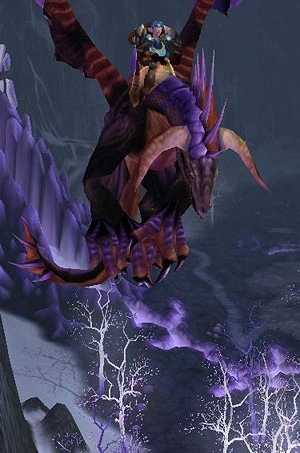 Sure, there were always hoops you had to jump through to get to that sweet flying mount, but the point is that you always could. That was one of the joys of reaching the level cap, something consistent and predictable. No one was particularly annoyed that flying required the level cap in Mists of Pandaria; it was an expected change, the sort of thing that happened in almost every expansion. You stayed on the ground for a while, then you got back to flying.

Quite simply, if the change were going to be made, it should have been made back with Wrath of the Lich King. That was the first expansion after flying, and that was when it could have easily been decided that no, flying wasn’t a definite feature. But even then, it would have been a kind of crap move because no one is ever happy to have his toys taken away. Once the can of worms is opened, you have to start dealing with it, not pretend that you never should have done it without darn good reason.

No, in this case, “never should have done it at all” is not a good reason. There are lots of things that the game never should have done that it did, in fact, do. Flying is one of them. It happened. It’s in the game. Players got used to it. There are players – including me – still annoyed that Azuremyst Isle and Quel’danas don’t allow for flight despite the old world revamp. I’m pretty sure that the reason for that is that the zones are technically far below parts of Outland, which is an entirely different issue and perhaps a good reason to keep it limited, but the point remains that the question is asked.

A consistent issue that many people have pointed out with this expansion is that it wants to turn back the clock, to pretend that things never happened when they did, in fact, happen. We all know they happened; we were there. Flying mounts were a thing, and trying to insist that they were a mistake doesn’t change the fact that they were a mistake that defined 80% of the game’s operation. You can’t just seal that away with a shrug and a statement that it should never have been done. It was done. Deal with it.

I totally agree that flying mounts should never have been put into place, but that ship has sailed so far away you can’t even see it from the docks any longer.

Feedback, like always, is welcome in the comments or via mail to eliot@massivelyop.com. Next time around, let’s talk about the ever-rising level cap and whether future expansions could provide meaningful progression without the growing climb.