I broke down and bought The Crew on PC, mostly because it was briefly on sale for 13 bucks. I’d been meaning to pick up Ubisoft’s open-world racer ever since its December 1, 2014 release date, but one game led to another, and frankly, all the lukewarm reviews bumped it down my list.

I’m here to tell you that it’s not as bad as major gaming outlets made it out to be. It’s not anywhere close to an MMO, though, which is why I’ve been playing it for MMO Burnout!

After an interminable and unnecessary prologue, The Crew deposits you in a truly massive open world recreation of the United States. It’s not 1:1, but it’s large enough — and seamless enough — to generate a few squees as you drive from the urban decay of New York along the highways and byways of the rural Midwest down to Texas and beyond. I can’t speak for Chicago, St. Louis, or Detroit, since I’ve only ever seen their international airports, but The Crew’s New York, Los Angeles, and Miami look startlingly like the actual New York, Los Angeles, and Miami, right down to South Beach’s art deco that’s much more appealing on a screen because you’re not swimming in your own sweat under the oppressive south Florida sun. 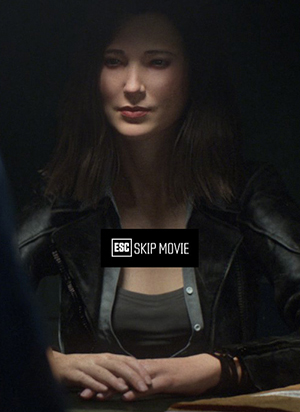 The Crew’s driving is firmly in the arcade camp; if you’re looking for Forza-with-the-assists-turned-off or car handling modeled with the accuracy of a Gran Turismo or an iRacing, you’ll be disappointed. These vehicles float gracefully over jumps and hug absurd corners far too often for the game to sniff simulation territory, and many of them feel similar on a gamepad, particularly after you’ve pimped them out with the game’s unending stream of performance parts loot.

The Crew is as much an RPG as it is a racing game. Each vehicle is divided into customizable parts, and there’s a even a character sheet of sorts where you can see stat effects of various parts at a glance. Progression is level-based, and the game boasts hundreds and hundreds of missions scattered throughout the open world, from which you’re given a bronze, silver, or gold performance-based medal upon completion. I’ve yet to get gold on a first run, but the good news is that you can retry missions to your heart’s content and improve your scores as you fit newer and better part upgrades.

You can also tune each car by adjusting things like downforce, gear ratio, and so forth. Again, it’s not GT6, but I appreciate the fact that some basic options are available given the size and scope of the surrounding game.

Visually, The Crew is a mixed bag. Much of its game world looks great as you’re blurring through it at 100 miles an hour or more. If you stop to smell the roses or stray off the beaten paths (which is very easy to do and is actually encouraged), you’ll notice some texture pop-in and the occasional jagged edge.

I’m prone to forgiving that sort of stuff, simply because the world is truly massive and seamless, plus the car models are so purty. So far everything I’ve driven is a near-perfect visual match with its meatspace counterpart, right down to the badges, the dash texture, and the gauge lights on my John Cooper Works Mini.

There’s a visual damage model of sorts, but I filed it here under presentation because it’s largely a money sink instead of a driving gameplay consideration. If you’re coming from something like Forza, it may also disappoint you to see a cracked windshield from an outside camera angle but a pristine piece of glass from the otherwise beautifully rendered first-person cockpit view. You can even pan your camera to the right and see your story NPC passengers if you want!

The UI is a little busy for my taste. It’s certainly functional, but I’m a fan of video game immersion, particularly in titles like The Crew that go to great lengths to create a believable meatspace analogue. Here, though, the view is constantly crapped up by player markers, mission markers, and the giant blue line guiding me from one story outing to the next. It’s not a deal-breaker, but The Crew is a prime example of why less is more when it comes to a racing game interface.

While enjoyable, The Crew does have its issues. Chief among them are the tiresome story elements and the odd multiplayer implementation.

The former is yet another example of why developer-driven narrative is a waste of everyone’s time when it comes to “MMOs.” The Crew’s writing and voice-acting makes your average Fast and Furious sequel seem like Shakespeare, but more importantly, the whole enterprise is simply filler. I don’t care about getting street gang tattoos and avenging my dead brother; I just want to race cars, tune cars, and explore the virtual US with my bros. So it’s really unfortunate that some Ubisoft exec wasted gobs of money on a half-baked narrative instead of polishing what otherwise is a worthy spiritual successor to the quirky and quite enjoyable Test Drive Unlimited series.

The multiplayer, on the other hand, is a crucial component of The Crew experience. Or at least it should be. While I suppose it would still be fun to criss-cross the virtual US in a variety of solo races and free runs, it would be far more enjoyable with friends. The problem is that a) this isn’t an MMO as advertised and is instead a smallish multiplayer lobby, and b) no one wants to group with you. I’ve played for over 10 hours now, and I’ve had someone accept my co-op mission invite exactly twice.

I can’t blame the other players because Ubisoft decided to scale missions and encounters, so bringing friends makes a particular boss mob harder instead of easier. This means that there’s little incentive to group unless you’re just a fan of grouping. I’d rather see The Crew with dedicated server functionality instead of its standard always-online single-player experience. At least that way I could invite friends onto my server and be assured that they want to explore the game together. I’m not holding my breath, though, since nowadays online multiplayer exists to drive players to a cash shop (or if that doesn’t work, to facilitate planned obsolescence).

Those quibbles aside, The Crew is a fun ride. It’s far from perfect, but Ubisoft has thrown a lot of money at it, and it shows in most of the production values and the huge, explorable game space. If you’ve got even a little bit of gearhead in your DNA, or you simply like racing and/or open world games, there’s a lot to like here.

Particularly when it’s on sale.