The upcoming superhero MMO City of Titans has ambitious plans to build up to 40 districts for the game. But how will it create these sculpted maps with an indie crew? By harnessing government science, that’s how.

The team explained that it’s legally appropriating data from the government to build the game world: “There’s a lot of science funded by the government. And a lot of it is in the public domain. We the People paid for it, We the People get to use it. There’s a number of cities that have been scanned by lasers by the US Geological Survey. And a number of harbors that have been scanned by sonar, by the same people.”

This data are just the starting points for map creation, however, as the team has to fill in holes and add structures and roadways on top of it. City of Titans also revealed the names of the 13 launch districts, which you can see in a map after the break. And once you’re done with that? Kick back with a tall glass of in-game storytelling. 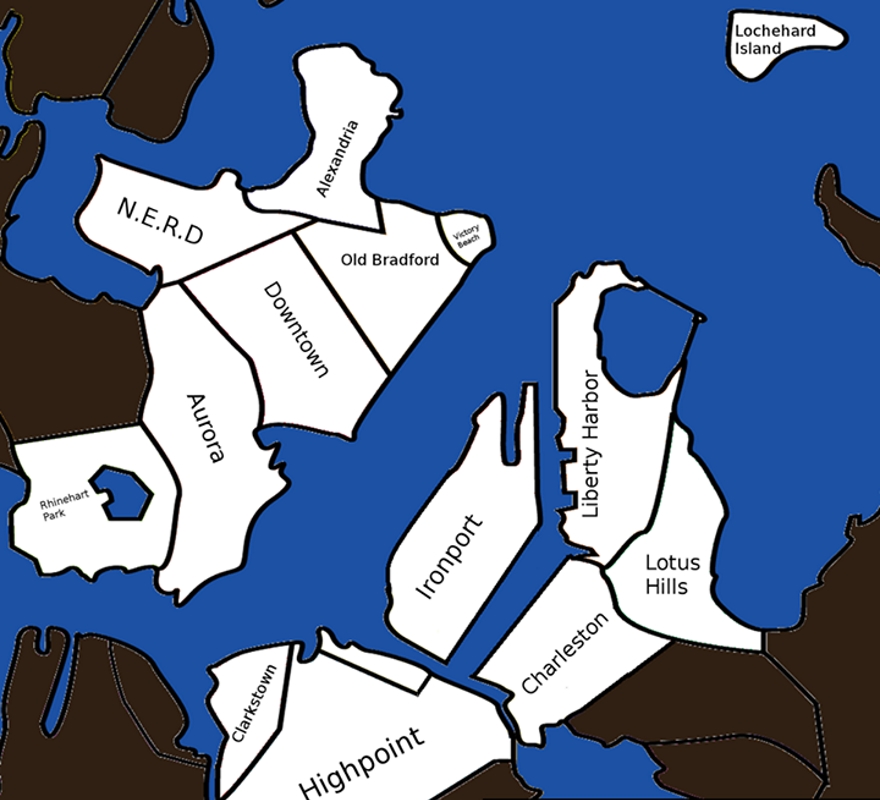 Omedon Thanks, I made this mistake once too and was going to pass the game up til someone had informed me

i have this funny image in my mind right now of the scene in Ghostbusters 2 when they’re down the manhole investigating the pink slime, all whilst pretending to be city utility workers, and doing a very bad and unbelievable job of it…

deekay_zero BryanCo  It was mostly a joke, as most of us in the States only think of Calgary as ‘that place that once had the winter Olympics.’  Paragon City (the titular City of Heroes) was a an alterniverse version of Providence, Rhode Island, a city much smaller than Calgary.

BryanCo deekay_zero i’m not doing a super hero game. it’ll be near future cyberpunk sci fi in the tradition of gibson and shadowrun (sans the fantasy elements of SR).

on that note, calgary is one of the hardest and toughest towns in canada. it’d be a great place to do a low level marvel super hero book imo (something on the level of jessica jones or daredevil, as opposed to more epic quest line heroes like the xmen or avengers proper)

deekay_zero  No one would ever believe that Calgary needs super-heroes.

BryanCole Right. Because the only good science is science done for free. Cause they don’t have to eat like normal humans do, amirite?

Great.  Now it’s going to take them years of environmental impact studies and such before they can even begin construction.

Lerxx be fair – said person ONLY made snide remarks about EVERY OTHER game developer is existence – and promoted how the project she was involved in would be God’s gift to the MMO genre. ;)