While I don’t play any of Gaijin’s games, I was looking forward to meeting the studio at this year’s E3 for two reasons: the VR demo and seeing Crossout. Sadly, they weren’t combined, as the VR was for War Thunder and Crossout was simply a demo reel and Q&A. Even still, I came away with a few reasons to be excited.

The very first thing I had to ask the War Thunder team was how the recently introduced player-guided anti-tank missiles have changed the game from a developer’s perspective. Apparently they were well balanced, as the missiles are easy to see and fairly slow moving, so players at least have time to find cover to avoid them.

END_OF_DOCUMENT_TOKEN_TO_BE_REPLACED
As perspective was tied into that, I asked how the team balances the game for VR, especially since that was one of the reasons I was there. I’d read a study about how immersive controls often are less tight than traditional ones, but as the vehicular VR I’ve played often uses VR just for the camera, I was curious about the impact it has on the game. Since VR allows for better camera control, players using VR actually are doing better than those without, something the studies aren’t taking into account. That being said, the company says it treats the two control styles the same way for now. I would guess that, as VR is still rather expensive, the players able to afford it probably don’t have quite as much free time as the majority of the playerbase, so the advantage VR may grant may not yet create a perceptible problem. Either way, Gaijin is currently aware of the difference, so the devs are at least paying attention to the issue. 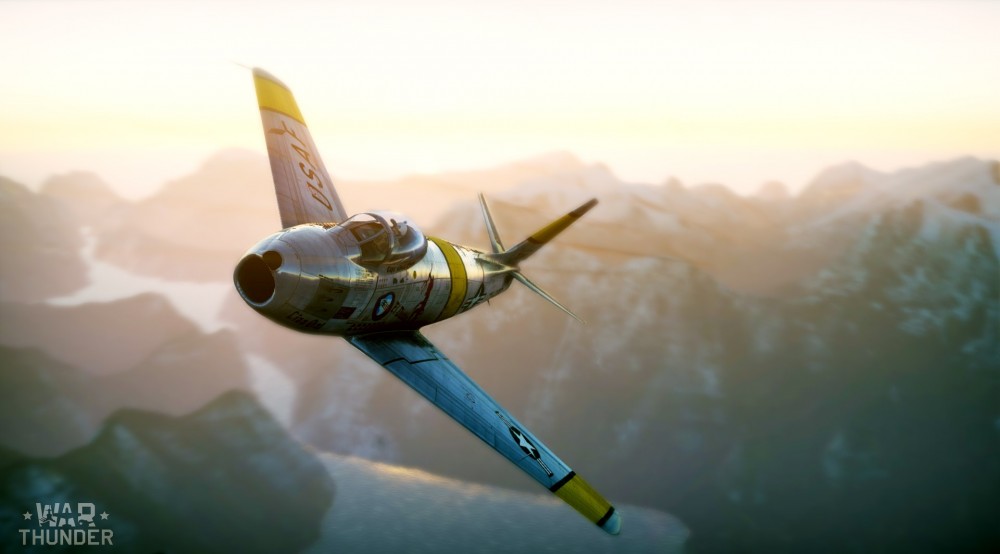 Naturally, I had to ask both the WT and Crossout devs about people’s perspective that the company makes buy-to-win games, and of course, both denied it. They say that being able to buy currency only gives players purchasing power. As the games are skill-based, the only time this becomes an issue is when an item is broken and players use real money to acquire it before it’s fixed. However, it’s something a good (or long-term) player has similar access too, and I can understand this. My brother and I both play Hearthstone, but he’s only paid for the Adventure modes and a pre-order pack of the last set while I’ve paid… more than I want to admit. I’ve got some cool cards, but since I don’t get to play as much, he’s significantly better than I am. The money doesn’t make up the difference.

At any rate, my VR time in the game was enjoyable enough. The controls were simple enough, though I’m a terrible shot. As I’d heard, the VR did give me good situational awareness against the bots I was playing, though one small issue was that the VR cockpit is so small that you can lean your head through the glass of your plane. I did get a little motion sick at the start, but that may have been due to the lack of sleep, as it never got much worse. It’s an additional function that is fun, and does give a bit of an advantage, but VR is still rather expensive, so unless you’re hardcore about the game, you can probably save your money for other things.

Witness me… and my awesome car

Crossout is actually the prequel to Targem Game’s Hard Truck Apocalypse, so it’s not quite influenced by the recent Mad Max push (but the timing is clearly on point). That being said, the idea of the game really interests me. You build your own post-apocalyptic car (but sadly there’s no real avatar customization), go out, and fight other people with it in single-life deathmatches that last about three minutes. I didn’t end up getting The Crew, so I haven’t really done a vehicle based MMO for more than a demo yet, so this was a new genre for me.

However, one thing that’s bothered me is that the game is yet another “early access” paid beta situation. The game isn’t considered finished, but there’s no certain feature holding it back from being called “release.” For now, the team just wants to polish the game until it can move it to open beta. Hopefully invites increase, since apparently they’re still going out, but the Reddit community has complained about the low population, ranking issues, and economy. Gaijin’s betting that population will solve all those issues. 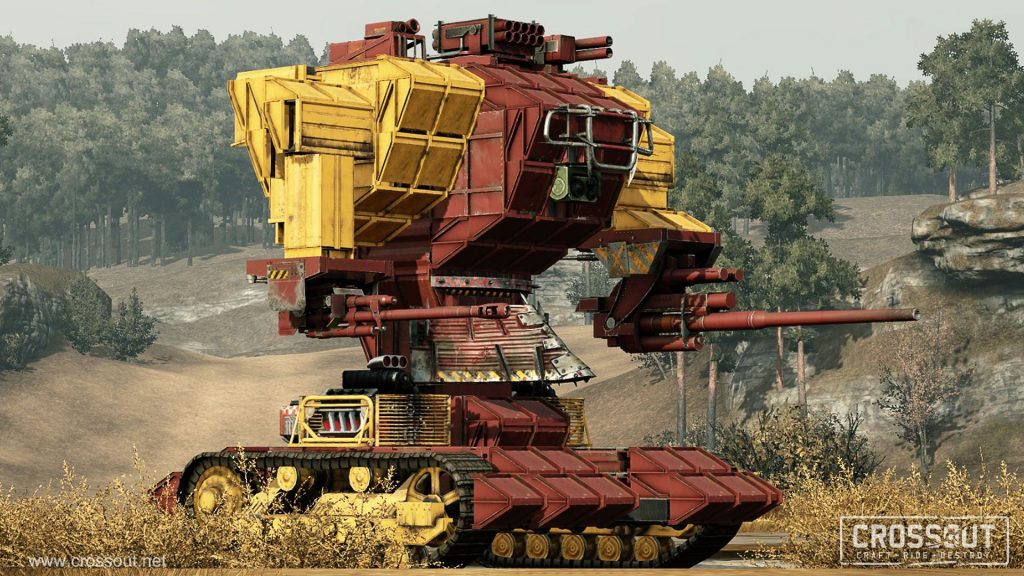 The game itself looked pretty interesting in its current form. The newest feature is the PvE “Leviathan” mode, where players build a boss mob to challenge their follow players. If your boss beats other players, you get rewards. After my time with Star Fox Guard, it’s something that really appeals to me.

Even cooler is how some players have made cars (or car-like creations) that… well, look at the image above! Sorry to fan out folks, but if that doesn’t get you excited, just hit the back key or something. I’m terrible at making stuff, but since players can print out schematics for their creations to share with other people, I really look forward to fighting or playing with these sorts of things. In fact, one dev mentioned that some players were making vehicles that are so heavy, they can barely move, making the death matches more of a tower defense game. 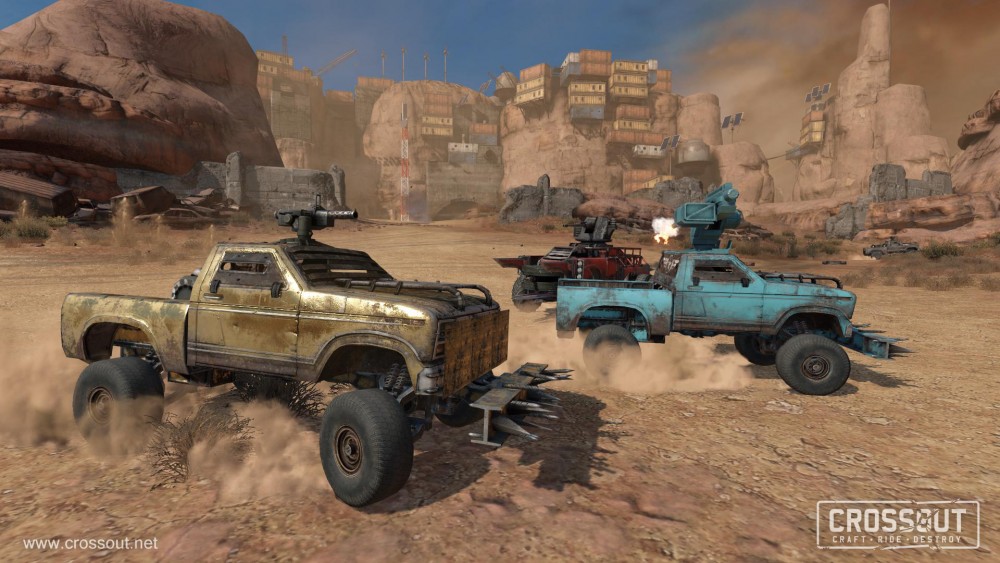 For those who don’t know, the game is sadly not an open world MMO, but if you don’t like deathmatches, there’s always PvE. The deathmatches end only when your driver is killed, so you can potentially lose all your tires and still win if, say, your mobile opponents are fighting for too long during the over-time sand storm that tries to funnel players to the middle of the map. That means individual parts take damage but have different effects. For example, an explosive-barrel dropping part will blow up your own vehicle when destroyed, meaning using the part allows you to lay mines but creates a dangerous weak point on your vehicle.

It’s important to note, though, that your ammo is limited. You get only what you bring with you, so if you constantly unload your ammo into the dirt, you may not be able to fight back. You can build extra ammo or guns with the parts you find in battle or buy off the market, but the more you load up your vehicle, the heavier it gets and the slower it moves. But hey, remember, you can always build a titanic war machine and just make your enemies come to you once you’re able to log into the game yourself.

Bless Unleashed opens up with its founders packs ahead of launch

Lost Ark reveals all of its ‘normalized’ founder packs and perks

The Stream Team: Tackling the Thunderdeep Drask and more in Dauntless