Things are looking up! I don’t know about you, but I’m certainly feeling more relief– and not just a little extra excitement — when I consider the future. Even though I have always had an optimistic outlook for The Secret World, there was no denying those clouds of troubles that would creep in and try to overshadow things. A bit of uncertainty would tug at me here and there as I pondered the fate of my favorite game. The one cloud that tried its darndest to encroach on my hopes was the whole financial troubles ordeal at Funcom. So I can’t even express how happy I was to hear that the studio secured some major funding! (I might or might not have flipped a few happy handstands in celebration! No, there’s no video.) I see the game flourishing in the months ahead. That doesn’t mean that there won’t be some misses, but I truly think the future’s so bright, I’ve gotta wear shades. 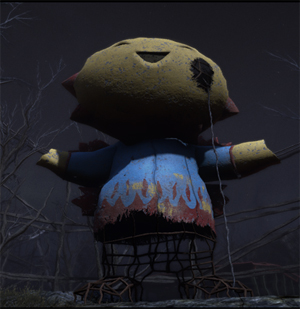 Can’t rain on my parade

All is not perfect of course. There’s still a ways to go, and doubts will undoubtedly never fully fly away. That’s just the nature of change in this ever-changing world. That’s not going to bring me down. Recently, change includes a changing of the guard developer-wise. It was a bit of a blow to learn that while new money was coming in, Lead Writer Joshua Doetsch was going out. He’s been on the team since Issue #7 A Dream to Kill, and we all know how that issue turned out; it’s one of the top stories. Maybe for most games having a major player in the writing section bow out isn’t a big deal, but the writing and stories are what make TSW, so it is a definitely a deal there. Even so, the game survived the loss of Ragnar Tornquist and Joel Bylos, and it will survive this as well.

How have I kept a rosy outlook for TSW? It’s because the folks that work there know what the game is about. I mean, they really know. They get it. Importantly, I trust that they would never try to mainstream the game and take away what makes it so special just to add a few bucks/players. Yes, there have been features that not everyone feels are important, but everything added keeps in the spirit and theme of this horror conspiracy. And I have confidence it will remain this way. I’ve never gotten that “it’s just a paycheck” feel from anyone I have met on the game’s development team. True, many devs throughout the MMOverse are enthusiastic about their games, but here I feel the enthusiasm is as much about the spirit and feel of the game as it is any of the actual features. Keeping the spirit of the game has been an obvious priority, and one I appreciate!

You don’t need perfection to be happy. I know that there are going to be missteps along the way; devs can’t please everyone all the time. If you read forums of most games, you’d sometimes think they can’t please anyone anytime. That’s another thing TSW has going for it: a good community. Folks offer feedback without shredding everyone and everything to pieces. No matter how much devs can love their job and their game, the vile putrescence that players (of other games) can spew forth has got to be so disheartening and take away from energy that could be devoted to the game.

Fund, funds, everywhere there’s funds! While not all of the funding that was acquired is being funneled into The Secret World, fans need not lament that fact. In fact, they should celebrate it. Case in point: Funcom pushed the Conan Exiles Early Access from September of this year until January of next. Why? Because there is more money to put into the game and make it better! The studio isn’t taking the money and running, or just randomly padding paychecks — they are investing it right back into the games. Seriously, the thought of these guys is to take their windfall and make the game better. And while it isn’t a guarantee, a better Conan game most likely means more revenue from it. More Funcom revenue = better stuff all around. That same attitude is certainly being applied to TSW as well.

Just thinking about what could be in store gets me even more excited. Look at the fact that the Museum of the Occult was announced and created before the additional funding. It’s a pretty neat, thematically appropriate feature that adds to the game and supplies players with some things they have been wanting, like a personal, customized space. Now, think about what other great things can be in the works now that there is more moolah to use. Possibly more and more frequent issues in a year? What about deeper issues, that delve into long, twisting storylines that make the hair on the back of your neck stand up? Maybe some of those systems that devs have wanted to flesh out or introduce are closer to being a reality instead of just a plan. 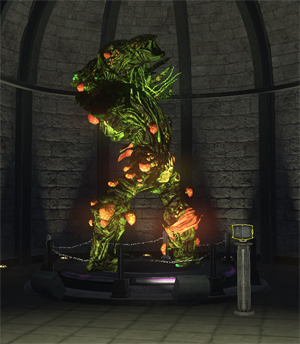 Perhaps one of those will be real housing; I am still looking forward to the housing idea that was shared with me under penalty of dismemberment if I leaked it. It’s more than a personal space, it’s interwoven into the game. Trust me that it is something that will most likely be appreciated by practically every TSW fan, not just housing fans. And maybe that will get to see the light of day now!

I am sure there are other ideas floating around the office that we know nothing about. I’ve heard Game Director Romain Amiel mention his bucket list of things to get into game a few times, and I am curious to know what else might be on that list.

Beyond all of that, we know that the story itself is already mapped out until the 22nd issue or so. This funding lets us feel more secure that we will actually get to experience that story up to that point! I don’t know about you, but I am dying to see where it all leads. And if there is more Said and Nassir involved — all the better. Of course, we’d be tickled pink to see the story continue even after that point, but so far this is like waiting for sequels to a favorite series that just can’t come fast enough *cough* George R.R. Martin *cough*. I want this plot to play out, and funding should make that happen sooner rather than later.

Here’s to the future

In all, I couldn’t be happier for Funcom. As a studio, I think it really does try to do right by The Secret World. I couldn’t ask for more. I’m rooting for the studio and the game to succeed, and this investment into the company is a shot in the arm that I think will propel both to more success. I can’t wait to see how it all turns out. Now, if you’ll excuse me, I might have a few more handstands to do. or not. You’ll never know!