END_OF_DOCUMENT_TOKEN_TO_BE_REPLACED
Back in May, TERA’s South Korean publisher confirmed that the MMORPG was destined for console ports to Xbox One and PlayStation 4 — at least in that region. At the time, the western subsidiary, En Masse, would neither confirm nor deny the port, delivering a 56-word formal statement that said nothing at all.

But now it seems the studio is indeed considering ports for the western version of the game. A Massively OP tipster named Austin confirmed to us that the studio is sending out surveys to selected TERA players asking which consoles they own, which console they play on the most, the types of console games they buy, and how they like to chat.

It’s already been a big year for console ports already, with Neverwinter making the jump from PC and Xbone to PS4 earlier this summer and Star Trek Online on the way this fall for both PS4 and Xbox. 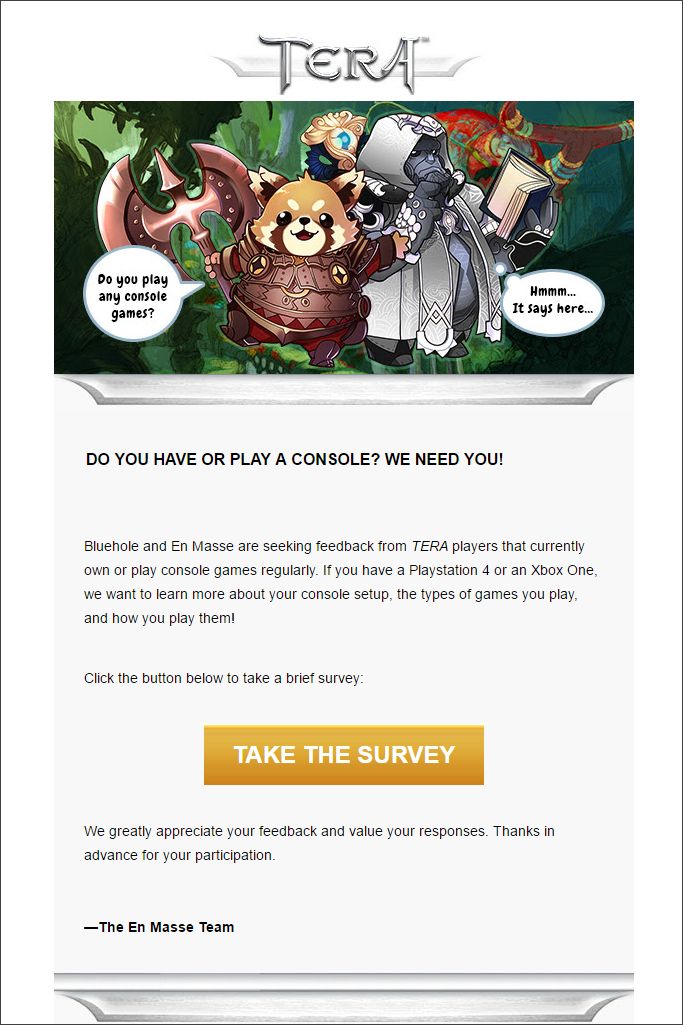 With thanks to tipster Austin!

The Daily Grind: Why didn’t RIFT do better?

As US COVID deaths pass 200,000, the LA ComicCon refuses to cancel

Old School RuneScape breaks down the Trailblazer League in a video...