This week’s Massively Overthinking question comes to us from Patron Duane, who asks,

“Do you take simple joy in MMO mechanics that are often referred to pejoratively, like monster/crafting/gathering grinds, linear gameplay/storyline, or casual design?”

It’s tempting to say no way, we play the way we want, isn’t it? But I’m sure I’m not alone in feeling embarrassed about playing certain games or indulging in certain types of gameplay. A podcast listener once called me out on that as I tried to make excuses for why I was playing World of Warcraft, as if I subconsciously or consciously thought it wrecked my street cred to be playing it unironically.

So let’s tackle Duane’s question. What are your guilty pleasures in MMORPGs? What MMO gameplay bits do you adore in spite of everyone else’s snobbishness?

Andrew Ross (@dengarsw): I guess grinding can be OK at times, but only when masked. Lord knows I’m doing that in Pokemon Go right now, but probably because I’m combining it with exercise and an attempt to socialize after having moved back home.

“Casual design” is something hard for me to peg down, but if it means I can do “endgame” without playing for a month straight, yeah, I like that. Maybe it’s because I’ve been turning to smaller games lately for tighter experiences, but grinds that aren’t rewarding just turn me off. It’s why I can enjoy gathering ore for weeks when I’m in a guild that needs materials for our digital castle but hate it when I’m just trying to grind my personal skill because I’m playing solo.

Brendan Drain (@nyphur): I’ve never really thought about it that way, but I actually like long grinds and extremely difficult gameplay. Having something to grind for gives you long-term goals, and accomplishing a difficult or time-consuming goal is more meaningful because you invested a lot of time and effort into it. I’ve spent a crazy amount of time flinging spells at black demons back in RuneScape back in the day to grind up my magic level and it felt like a real accomplishment to hit 60 and finally get my Guthix cape and staff. Conversely, the progression in Guild Wars 2 felt far too easy as the game practically throws easy XP at you and I had only fully completed a handful of zones by the time I hit level 80. I also really enjoy what other people would consider slow-paced and boring gameplay, such as mining in EVE Online, waiting for certain mobs to spawn in a game like EQ2, or travelling long distances in any MMO. There’s something inherently relaxing and immersive about plopping yourself down somewhere and just watching the virtual world float by.

Brianna Royce (@nbrianna, blog): I have no problems enjoying casual MMO gameplay, and to do that I have to remind myself that it’s counterproductive to measure whether I am having fun against someone else’s penis ruler of elitism. I don’t really feel guilty buying things like cosmetics or advanced characters or trading accounts. I try not to feel bad for roleplaying, though I haven’t done that heavily in a few years. Weirdly, I probably feel the most embarrassed about not playing certain games since I feel as if I should be an expert on everything (which is impossible, but the obsession remains). I catch myself making excuses for games with low-end graphics (Glitch, Villagers and Heroes) and old games (Ultima Online) as well as some of the casual gameplay I find fun, like gardening and housing. Hell, I make excuses for modding sometimes since hardcores don’t consider that part of the game either. Silly, but I struggle with that.

Eliot Lefebvre (@Eliot_Lefebvre, blog): I don’t have any guilty pleasures. If I like something, I like something, and I own it. Anything you like is worth liking by itself. It’s one of those conclusions I came to a long time ago that started with roleplaying: Sure, you might look down on me because I’m actually typing out dialogue in my character’s voice, but you’re playing the same game I am. It’s hard to make fun of me for being a pretend gunslinger while you’re playing a pretend wizard. We’re all playing pretend; some of us are just more into it than others.

Give me a long project to work toward and the feeling that I’m making progress toward it, and I’m happy. And if I’m not happy with it, for whatever reason… I won’t do it. I’ll stop playing it, and if your game has enough of those, I’ll stop playing your game. It baffles me how many people will deride activities in MMOs as “wasting time” when the whole point of playing these games is to have fun with your leisure time. Yes, they’re lengthy projects that take a lot of your time. That was what you wanted. It’s like buying a ticket for a movie and then being upset that the movie wants you to watch it. My problem with MMO story is not the story itself; it’s how the story is told, whether or not it succeeds at its goals, whether or not those goals are commendable, and so forth. Linear design is something that can be done very well or very badly, but it in and of itself is not good or bad; it’s a tool, and evaluation of same depends on how the tool itself but how it’s used.

Enjoyment extends to the outer limits of inhibiting someone else’s enjoyment. If you really like progression raiding, that’s great; if you want progression raiding to be the only aspect of a given game and want everyone disinterested in it to not be playing, that’s something less than great. The notion of having a guilty pleasure innately requires an idea of some pleasures being all right and others being unacceptable, and I don’t agree with the premise. 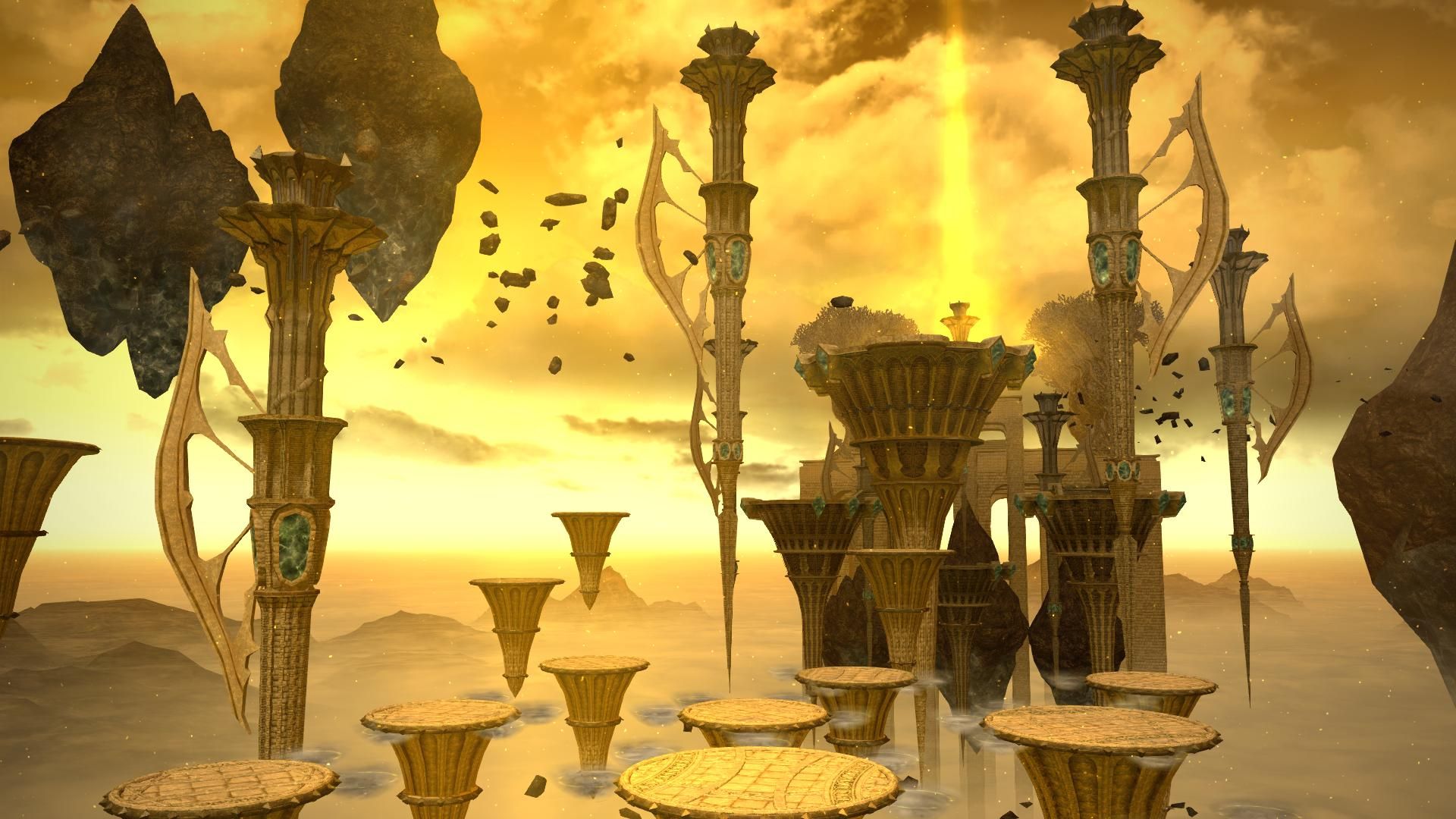 Justin Olivetti (@Sypster, blog): Every so often I see players sneer at “story” being important to MMOs, which I think is the most ridiculous position to take. Story is central to play, whether it’s exploring the narrative that someone else created or inventing your own. So you can pooh-pooh story all you like and downplay it as an important feature, but if a game has great storytelling and questing, then I am more often than not right there in the thick of it.

I also like grinding mobs to unwind. Collecting pets and other frilly, useless things without any stats attached. Double-jumping just because I can and because Metroid first taught me how fun it could be. Arranging my in-game house just-so, even if no one else ever sees it. Listening to the soundtrack (and no, I don’t care if you turned it off). Being a passionate fan of MMORPGs even though there’s a contingent out there that says they’re dying or dead.

MJ Guthrie (@MJ_Guthrie, blog): As much as it is considered a grind, and many people find it monotonous, I LOVE harvesting. It is really soothing for me to just go from node to node gathering up materials. I do harvesting whenever I need something that is chill and doesn’t require any brain power. This is seriously my go-to for relaxing gameplay.

It doesn’t hurt that I can then hoard lots of materials to share with friends. If only I had unlimited bag space for crafting mats…