END_OF_DOCUMENT_TOKEN_TO_BE_REPLACED
More than a handful of die-hard Elder Scrolls fans do not like the direction that Elder Scrolls Online Morrowind is taking. As someone who did not play TES III: Morrowind, I didn’t quite understand the significance of this disdain for the announced story when we know so very little about the story in the first place. After all, the primary reason behind ZeniMax‘s choice of this time period for ESO was that there is so very little written about it. The only thing really said was that this was a time of upheaval, that there were many short-lived Emperors and that eventually Talos would unite Tamriel again. Most everything that had happened with the Chimer and Dunmer had already taken place centuries ago.

As someone not as heavily invested in the lore of Morrowind, it was hard to grasp what the issue was. I was told over and over that it has to do with the fact that this was supposed to be the golden age for the Tribunal, the three living gods of Morrowind. During the golden age, there is no way for one of the Tribunal to be losing his power, right? Well, according to the announcements coming directly from ZOS, Vivec — the warrior poet god of the Tribunal — is sick and losing his power. When I visited ZOS a couple of weeks ago, I asked Creative Director Richard Lambert about this supposed controversy. Unfortunately, the only answers I received was “You will have to play through the story” and “It will all make sense.”

Of course, that wasn’t enough for me. I had to take a deep dive into the lore and figure out why in the world this all-powerful being could possibly be getting sick, but to understand that, we have to crawl into the rabbit hole that is Morrowind history and discover how the Tribunal became gods in the first place.

A matter of the heart

In poetic justice, it takes a dead god to create living gods. The Aedra named Lorkhan give up his life so to create Nirn, the mortal realm that Tamriel sits on. But pieces of the god apparently survived, the most infamous being his heart. Early in Tamriel’s history, the Dwemer discovered the heart and believed that it was the key to immortality and power. The Dwemer were correct, but unfortunately, it was also their undoing.

The Chimer, an exiled subgroup of the Altmer, discovered that the Dwemer were using the Heart of Lorkhan to build a powerful golem that was seen as a threat to the Chimer. Because history is told by the victors, we will never really know whether the golem was actually the threat it was supposed to be, but we do know that later Tiber Septim used a less powerful version of the golem to secure his position as Emperor of all Tamriel.

The leader of the Chimer, Indoril Nerevar, along with his High Council, battled against the Dwemer and eventually struck at the Heart of Lorkhan. During the battle, (almost) every Dwemer in existence disappeared, never to be heard from again. What actually caused the Dwemer disappearance is unclear, a secret only known to Nerevar and his High Council: Vivec, Sotha Sil, and Nerevar’s wife, Almalexia.

The reality is that the events following the battle of Red Mountain are blurry. We know that three major things happened. Nerevar and the Council swore an oath to their god, the Daedra Azura, that they would never use the Heart of Lorkhan; Nerevar was killed (we’ll get to that in a moment); and the High Council utterly broke its oath. 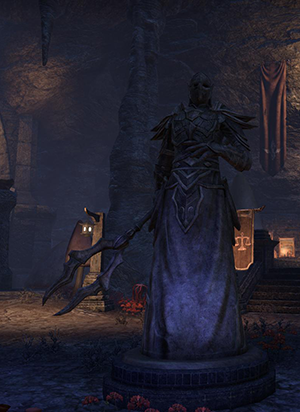 The personality of a god

Depending on where you’re from and whether you ascribe to a modern religion, you might not give much thought to the idea of “gods” as being anything but perfect. However, if we step back to Greco-Roman, Norse, or Egyptian mythos, we find that gods were not perfect. In fact, the only thing that makes gods gods in those myths was the fact that they were all-powerful.

To most of the Dunmer, the Tribunal were all-powerful too, and to an extent, they were also perfect. Many believed that everything they did was for the good of the Dunmer. The Dwemer wanted to destroy the Chimer, so they destroyed them. The task of ruling the Chimer was too difficult for mortals, so the High Council made themselves all-powerful in breaking their oath. And the new ashen skin of the Chimer, a result of Azura’s curse, was actually treated as a blessing. Although Sotha Sil was a recluse, Almalexia and Vivec were initially hands-on and caring for their people.

But perhaps their motivation was not as pure as the Dunmer were told. 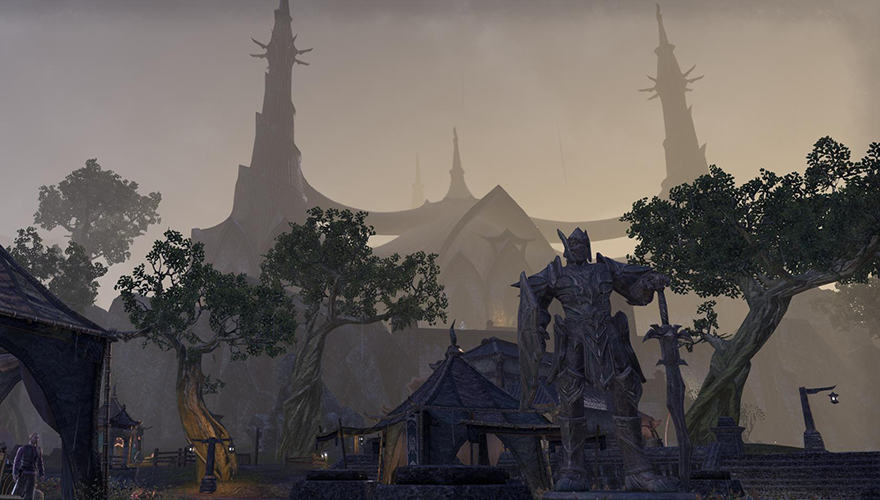 Amlalexia was married to Nerevar; Vivec was a trusted adviser. Could it be possible that they turned on their Lord? That’s exactly what the Ashlanders believe.

The “official” account of the event following the Battle of Red Mountain held that Nerevar left Voryn Dagoth to look after the Dwemer tools and the Heart of Lorkhan to seek advice from his Council. When Nerevar returned, Dagoth had been driven mad by the Heart and slew the Chimer leader. The Council arrived in time to catch the dying breath of Nerervar and swore an oath not to use the Heart. Then the Council supposedly killed Dagoth and swore their oath to Azura.

The Ashlanders, however, believe quite a different account. According to their legends, Nerevar returned to Dagoth with the Council to reclaim the tools following the disappearance of the Dwemer. The Council believed that the Heart of Lorkhan should be used to make them more powerful; Sotha Sil had discovered and perfected the Dwemer experiments, after all. Nerevar disagreed and was slain by the Council, all three playing a part in the leader’s demise. Some believed that it was a power play against Azura, and Nerevar being a devout follower of the Daedra directly opposed the Council — he may have been killed because of his devotion. Once the Council was now god-like, Azura couldn’t oppose them directly, so she changed the Chimer people, giving them ash-colored skin and red eyes.

In a non-canon roleplay Trial of Vivec, Morrowind writer Micheal Kirkbride confirmed that the Tribunal did in fact kill Nerevar. Vivec calls himself Vehk and Nerevar by his title Hortator during the roleplay. “Vehk the mortal did murder the Hortator,” he pleads. “Vehk the God did not, and remains as written.”

My suspicion is that Vivec’s sickness is directly linked to this event. What can weigh a god down more than guilt and depression? Indeed, his in-lore book, The Battle of Red Mountain, is a rare first-hand retelling of the events that notably omits the details of Nerevar’s death and contradicts the official record of the Dwemer’s disappearance and the Tribunal’s elevation to godhood, further suggesting he’s got a guilty secret to hide. But it doesn’t appear the book exists in ESO — yet.

I highly doubt that we will venture into Red Mountain during the Morrowind story, but that doesn’t mean that the ghost of Nerevar isn’t somehow haunting the Dunmer god — literally or figuratively. My guess is that the story of ESO Morrowind is Vivec’s redemption and forgiveness.

How close do you think I am? I’m sure there are many Elder Scrolls lore junkies out there. Let me know how far off I am in the comments below. Also, let me know what your thoughts are regarding the expansion coming in June, and I will see you again next week.