EVE Online is often joked about as being “spreadsheets in space,” but that doesn’t exclude bar charts and other types of graphs in participating in the fun. For those who really love to delve into the numbers and get an overview of everything going on in this fantastically complex financial simulator, EVE Online has published its May economic report for the public’s perusal.

Most likely all of this would only interest those deeply invested in the economic scene, but for the layperson, it’s interesting to get a feel for the sheer amount of transactions and business done on a regular basis.

One graph that caught our eye totaled up how much money is owned by characters and corporations in the game. Collectively, players and corps have 1.089 quadrillion ISK in their pockets, with the players (877 trillion ISK) owning a vast majority over corporations (212 trillion ISK). Anyone want to convert that into real world dollars?

Now if only there were some way I could steal it all and convert it into cash :)

I had to wait for the steam login code. But anyway.

That is also likely largely earned in game but to buy the plex considering the new system of five hundred plex for 19.99. It would cost sixteen trillion us dollars to buy all the isk floating around eve.

Eve’s GNP is in theory 16 Million. That is a staggering amount of money.

Now remember there are money sinks in eve like every time you blow up a ship or station but more money likely is building up from the game having been around since two thousand four.

you can look up your own country below to compare to the gnp of eve.
https://tradingeconomics.com/united-states/gross-national-product

To figure out your own gnp replace the first isk number with the number and it should tell you how much your character or corporation is worth.

We have something similar to when the press conference refers to the impressive “Street value” of the drugs. Obviously, if any drug dealer is offended at being compared to an EVE player, I apologize. :-) jk

The largest plex pack from CCP webpage is $100 for 2860 PLEX each of which sell for 2.74E6 ISK making it US$13.9M but CCP gives 30% discounts even for $100 and says contact them for larger numbers. So you have to guess what the discount CCP would offer for large numbers.

A common number on Player Auctions is about 200M ISK per dollar so that puts buying at $5.45M again ignoring very hefty volume discounts.

I did not bother to create an account on PA to see what the sell price is, but clearly it is some fraction of the $5M – say very roughly a million dollars.

A way to think of it is that all the ISK in EVE is worth about one percent of what people spent on Star Citizen ships.

You don’t need a PA account to see buy/sell prices if you’re willing to put a little effort into tracking the numbers. As someone known for tracking illicit RMT in EVE, I don’t have an account. The public review system works well enough for me, especially when it comes to posting the tears of all the people CCP catches buying from sellers on PA.

If you really want to use PA as your example, then use these numbers…

First, use the $39.99 PLEX package (1100 PLEX), as it most closely matches the median dollar amount for orders on PA. That makes the CCP/Jita price approximately $13.75/billion ISK.

Next, the average sell price on PA I’ve tracked this month is around $4.65/billion ISK. In May, that figure was around $5.50/billion ISK.

So figure an official value of around $15 million and a black/grey market value of $5 million, which is a $1 million drop from May.

Obviously, I defer to your expertise on the RMT. I saw some buy prices and when I hit the sell button, they seemed to want an account. I think the problem is that by sell price, I was trying to compute the price that I could sell to PA not how much PA would sell to me. E.g., for every used car, there is the price the dealer would sell you the car and the price they would buy it from you. Both could be considered the price of the car. I guess I would consider what I could sell it for as the value of the car and refer to the buy price as the replacement value. How efficient is PA? I.e. if today I bought 100B for $465 to use your average price, spent it in-game and the recipient tried to sell it to PA. How much of my $100 would they receive? $90? $10? $30? How much would PA buy 100B for and how much PA would sell 100B for are two different and equally valid answers to how much is 100B worth.

I am not sure about the 1100 PLEX package idea. I remember people in my MBA class complaining about their owning company setting the transfer price of some goods at the market price. They felt they were gettting screwed since if it were a hands-off transaction, they would be able to negotiate a better price with their sibling subsidiary. If someone asked me the official price of 28600 PLEX, I think 10×99.99 is a more accurate answer than 26*39.95, regardless of how PA sells.

Oh, you don’t sell ISK to PA. They just take a cut from the people who are selling on PA.

Very roughly, do you have any idea what that percentage is? Just curious and think it would be ironic if this very dubious business charged less than the 30% Steam/Apple/Google/Microsoft charge.

P.S.: thanks for all your efforts re RMT!

Thank you!
Now if we only knew how much CCP was worth!

Here’s a link to their 2016 financial statement. https://marketsforisk.blogspot.com/p/blog-page_6.html

About a US billion of US dollars.

“Anyone want to convert that into real world dollars?”

Sure. They are worth exactly zero real world dollars.

lol no. From just one site: 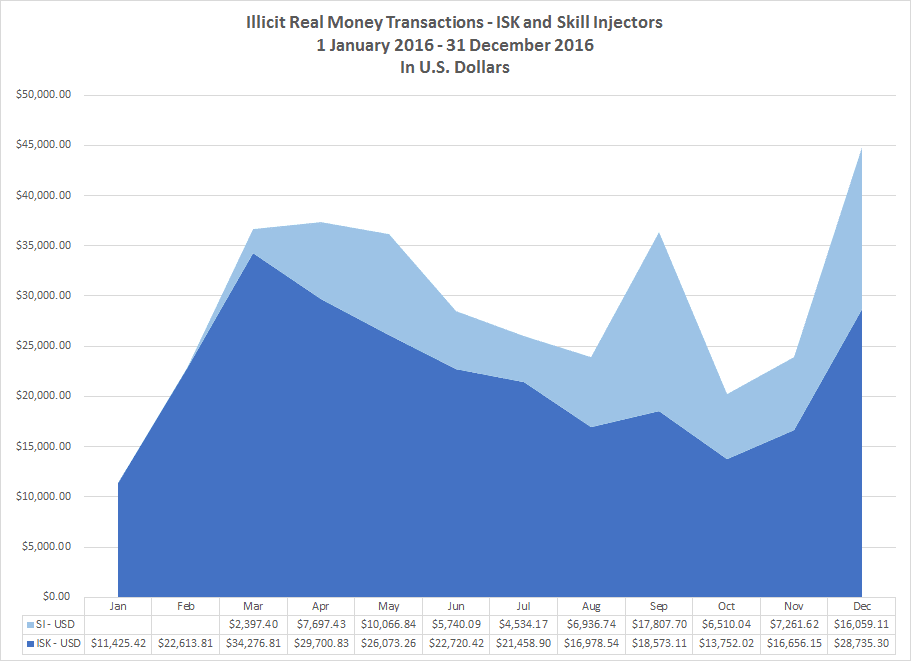 Well technically everything is only worth what someone says it is by demonstrating a willingness to exchange money for it, sooo since you can spend money to acquire EVE ISK it does have a somewhat standardized monetary value. Diamonds have no value to me, so can I say they are worth 0 real world dollars?

But stuff is worth the maximum anyone is willing to buy it for. If you and a billion other people thing a Warhol painting of soup cans is worth $100 and one person thinks it is worth $11.7M, then it is worth $11.7M. There is no democracy or averaging. BTW, a bargain relative to his $150M for two portraits. 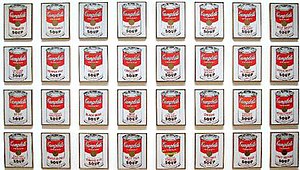