Perfect World is up to some stuff at E3 this year. Some good stuff, by my estimation. The company sent ’round PR on two of its upcoming games today: a mobile MMORPG that actually looks really good, and a battle royale game too.

Let’s start with the mobile MMORPG. It’s called ReEvolve, and it’s sort of a post-apoc sandbox with an “immersive, real-world environment, replete with a range of different ecosystems, a day and night cycle, changing weather, and realistic animal behaviors including food chains and migration,” plus crafting, architecture, base-building, housing, farming, animal breeding, PvE, and PvP. Here’s the backstory – and you’ll probably agree it’s a cut above the typical mobile game.

“The future is upon us, and things aren’t looking too good for the human race. War, plague, and evil have brought humanity to the brink of extinction, with one thing standing in the way of total annihilation-time travel. ReEvolve charges players with an important task: use the future’s space-time tunneling technology to past eras and other planets in order to build a newer, brighter future. Will your contributions have you following The Shepherd, the human organization determined to set history right? Or will you be drawn to the corrupting, Cthulu-worshipping forces of The Piper? Use your M.P.D., a gun that can absorb everything from bosses to wild animals, to craft the world of your choosing.”

You have my attention, PWE. 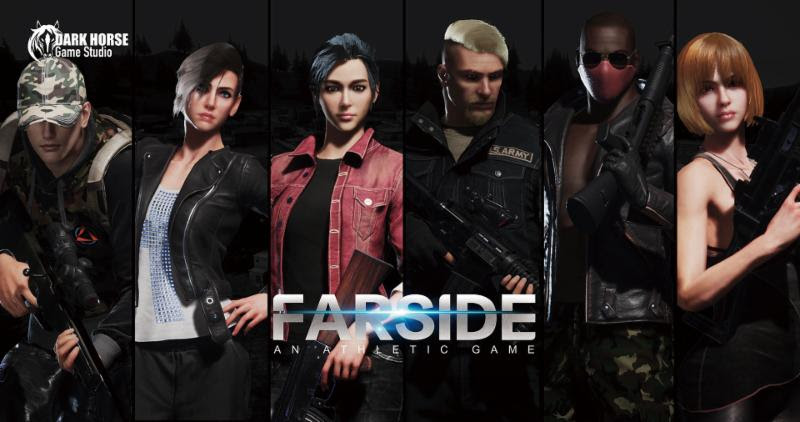 As for the battle royale game, that one’s called FarSide. It looks a bit like The Secret World mashed up with PUBG, with the typical skydive into the map entry and shrinking arena to force confrontation. What sets it apart from Fortnite and its ilk? Maybe the “real recoil and parabolic ballistic shooting” that PWE says makes it a “truly tactical competition.” It’s also featuring vehicles prominently.

We’ll be doing our best to check out both at E3, so stay tuned!

i was hoping they would give more info about cryptics new mmorpg too, based on Magic the Gathering.

I’ll be keeping an eye on ReEvolve. Seems like it could be cool.

Having not seen anything about ReEvolve but the header image here it just sounds like a yet another survival sandbox but with extra hand cramps and bad camera control.

Excuse me, Perfect World, I believe PUBG Corp invented all of that all on their own and the ideas belong to them.

100 Battle Royale clones drop from an airplane and do some FFA litigation to the death to find out who “owns” the idea.

The title of “ReEvolve” just makes me sad all over again that 2K ruined Evolve with its shitty, grasping monetisation scheme.

Exactly what Perfect World does to every game.

It still hurts =( I really enjoyed Evolve too. It might actually be the only game I’ve seen at a trade show where I had free time and stopped dead in my tracks to watch gameplay instead of jump into a line first. It just OOZED cool. Then release came -_-

I didn’t try it until Stage 2, but that was a blast and a half. Asymmetrical PvP like that is a woefully untapped genre.