END_OF_DOCUMENT_TOKEN_TO_BE_REPLACED
Last night, BioWare Creative Director Charles Boyd and Community Manager Eric Musco were guests on the Passionately Casual Podcast to discuss the lore of Star Wars: The Old Republic. And since I host a segment on that podcast regularly about roleplaying in the Star Wars universe, I got to sit in on that interview and pose my own questions about the current and upcoming lore for the game.

I realized after listening to the questions that I asked last night that some of them deserve a follow-up to help strengthen your understanding of where the question came from or understand why I put forth the question in the first place. I’d like to spend a moment talking about the answers that Boyd gave to my questions and what I think they mean for the MMORPG. Of course, there might be some spoilers for the latest additions to the game story, but if you’ve not played through it by now and are still reading this column, spoilers probably aren’t that important to you.

Let me give a little bit of background for those who do not know: Charles Boyd was the writer of the Trooper story when the game launched. He moved on up to Lead Writer and now to the Creative Director position. Although he did not have anything to do with the writing of the preceding single-player Knights of the Old Republic, he was there for many of the steps leading up to the creation of SWTOR. Not only is he an excellent games writer, he is also steeped in fandom and Star Wars lore, going so far as to create his own Republic Trooper cosplay armor, which he wears often to Star Wars Celebration and other conventions.

The missing Zenith Alliance Alert points to the next expansion

It would be impossible for me to touch on all the minor points that were brought up during the interview, but I think it’s highly important that we illuminate this one. Zenith was a freedom fighter on Balmorra, and frankly, a terrible companion for a Jedi Consular from a mechanical standpoint. Many people are unfamiliar with his story because of that. In fact, I’ve only played through his story once years ago when I played through the Consular story.

Players datamined the fact that Zenith was going to have an Alliance alert when the Knights of the Fallen Empire expansion was still rolling out its monthly content updates. However, at the last minute, the alert was pulled because of unfavorable feedback on similar stories releasing just before it, according to Boyd.

In other words, this means that the writers could reinsert this character into a future release, which Boyd said is exactly what the team is planning on doing. He called it a much more fitting reintroduction to the character because of the focus on the Empire-vs.-Republic struggle in the next expansion. We learned definitively that the next chapter for SWTOR will play into exactly what the fans have been asking for since the Shadow of Revan expansion, released a little less than four years ago: a classic struggle between the Republic and the Empire. 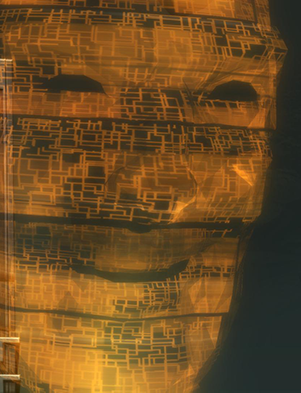 Boyd touched on many things regarding the history of Iokath, from how the idea was started to its relationship to the Gree and Rakata, but as a fan of the more current story timeline, I wanted to know about one piece of Iokathi technology that seemed to be the source of Sith Emperor Vitiate’s power: a sentient computer named Zildrog.

(“Iokathi” is apparently how you say something belonging to Iokath, at least according to Boyd’s pronunciation of it during the interview.)

I was curious about Zildrog ever since he was mentioned in KOTFE. And Boyd explained that he wasn’t Gree or Rakata technology; instead, he was likely built at about the same time as those two Empires were at the height of their power. Like Izax, the end boss of the Gods of the Machine operation, Zildrog was a god on Iokath. And like the Eternal Fleet, Zildrog was put to use by Emperor Vitiate to gain power. But did Zildrog give Vitiate power like it did Vinn Atrius in the Nathema Conspiracy, or was it the other way around?

Although none of it was written in stone, Boyd presented the Zildrog and Vitiate relationship as one more like a priest and a ritual knife. Vitiate was the man, and Zildrog was the instrument used to wipe out the planet Nathema. However, when it came to Ziost, Vitiate did not require Zildrog, but he did require preset rituals and possibly machinery set up on Ziost in order to destroy that planet. But the Sith Emperor would never admit to it.

The Dark Council is not gone, and the Hand will be back

Recently a SWTOR roleplayer posted a question to Boyd via Twitter. The question was posted after I had already interviewed Boyd, but that interview hadn’t released, yet. I didn’t want to steal Passionately Casual’s thunder, so I said nothing. But as you can see, Boyd did answer.

There will be more info on the Dark Council later this year, but it's existing and restocked. Not currently planning major changes in structure, but reserve the right to change my mind until it's in-game ;)

As it turns out, one of my favorite characters, Darth Vowrawn, is on that new council and frankly always has been. There was a mistake, according to Boyd, in the phrasing used during one of the chapters of KOTFE when it referred to Vowrawn as the Minister of Logistics. He did not get a demotion. He still oversaw the Sphere of Production and Logistics as he always had and still does, unless you’re a dirty Pub and killed off Empress Acina on Iokath. In that case, he’s Emperor now. 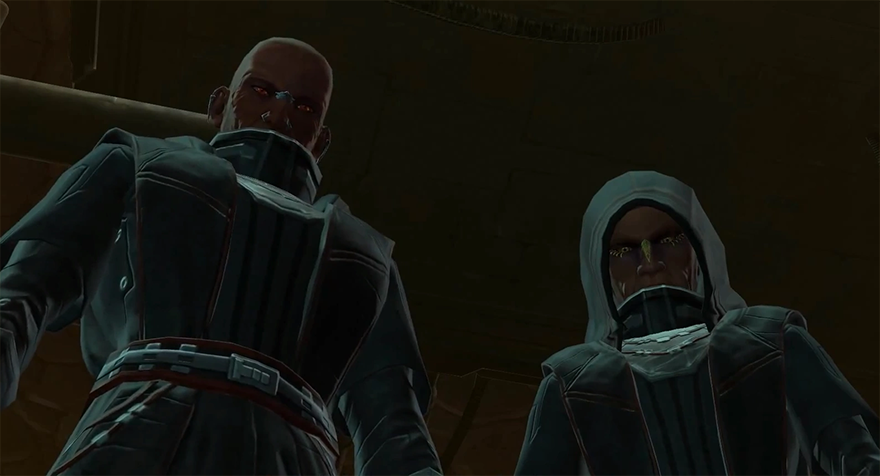 In that same vein, I had to ask about the Hand of the Emperor, the group of people who oversee the Emperor’s body and who might have made a small appearance on Nathema if you played a Jedi Knight. What were they doing during the Eternal Empire’s reign and more importantly, what are they doing now?

Unfortunately, Boyd couldn’t really talk a lot about it because it’s apparently set for reference in future content. Of course, he didn’t want to spoil that upcoming story. I was fine with that, and I was extremely excited to learn that the Hand would be apart of future content. Although they are sincerely crazy, they are very interesting characters, and I want to learn more about them.

That’s enough from me for now, and if you haven’t listened to podcast, you can find it on Passionately Casual’s Twitch page. And if you have listened, let me know what you think! What interesting tidbits did you grab? What lore questions would you have asked Charles Boyd if given the chance? Let me know in the comments.

Any word on Malgus? He was apparently cut from KoTFE as being frozen in carbonite, and for a while there folks were certain he was coming back.

Heck I thought he was coming back for certain. I vaguely recall some shots of him in official stuff before this stuff launched back in the day. My characters all agreed with his ideals if not his methods in RP, especially my Chiss Darth!

But with TOR these days I don’t even expect coherency in the stories, much less consistency.

When they showed the Malgus footage at Celebration 2015, they said it was cut because they were not going to bring him back.