In my latest EVE Evolved column, I looked into the unfair nature of highsec war declaration in EVE Online. This feature bypasses police protections against PvP and is typically used by powerful corps to effectively grief small non-military organisations. CCP recent revealed that it had stats showing that corps hit by wardecs are likely to collapse in activity and never recover, something that can’t be good for player retention.

END_OF_DOCUMENT_TOKEN_TO_BE_REPLACED
At EVE Vegas 2018, CCP Burger revealed some of the shocking stats CCP has collected on the topic and plans to fix the situation. It turns out that just 5 corps are responsible for 50% of all wars in EVE, and that only 4% of wars see the defender actually getting a kill. An average war sees 105 kills by an attacker for each loss they suffer, but those stats improve by almost a factor of 50 when the wartarget has a structure. “Wars with objectives are way, way, way better than wars without them,” Burger concluded. 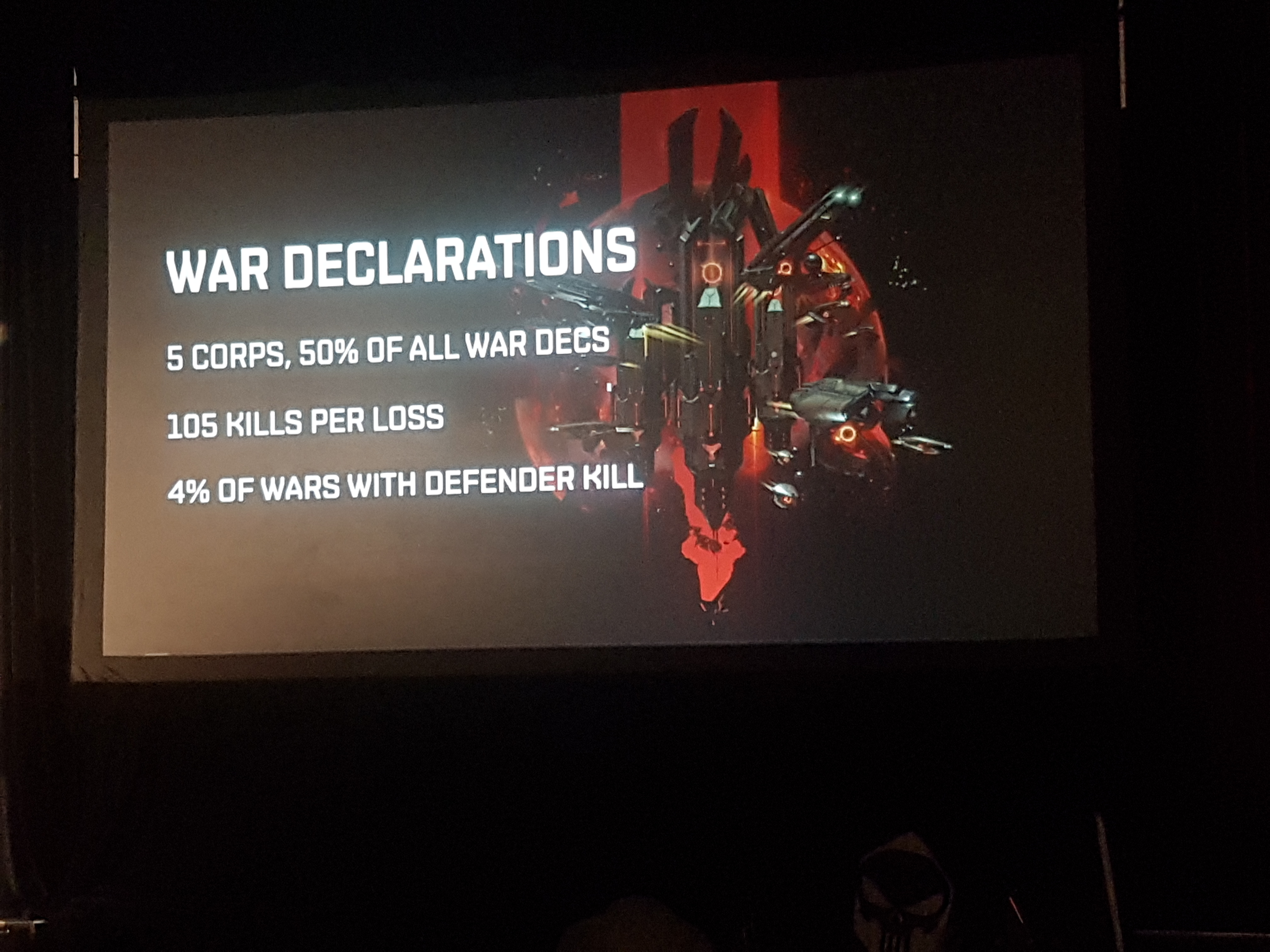 A plan is now in place to solve the wardec disparity with a radical series of changes. The first major change will hit in December and will restrict wars so that they can only be declared against corporations with a structure in space. This will eliminate almost all of the current griefing while guaranteeing that the attacker has a strategic objective, but to create compelling wars for the defender will take something new. A full redesign of the war system is then scheduled for development in early 2019, though there are no details yet on how that might work.

The new system could be as simple as suspect flagging people who attack structures or something more extensive, and its development will likely involve feeding back with players and the CSM. The December change will allow purely social corps without structures to play without fear of wars for the first time in the game’s long and bloody history, and will hopefully lead to a much fairer system for smashing spaceships together in EVE Online.

Massively Overpowered is on the ground in Las Vegas for EVE Vegas 2018, bringing you expert coverage on EVE Online, Project Nova, and everything else CCP Games has up its sleeve!
Disclosure: In accordance with Massively OP’s ethics policy, we must disclose that CCP paid for our writer’s travel to and accommodation at this event. CCP has neither requested nor been granted any control or influence over our coverage of the event. You know wardecs are broken when a room full of hardcore EVE warmongers cheer for their removal.
Advertisement