EVE Online is fundamentally about real conflict between players on massive scales, and yet I would venture to say that wars are literally ruining the game for a lot of people. It’s not the massive territorial conflicts that rage on in the depths of player-controlled nullsec space that are the problem, nor the faction warfare crowd and roaming pirate gangs in low-security space. It’s not even the wormhole corps rage-rolling holes and evicting smaller groups from their homes, or the groups claiming all the planetary customs offices and holding other people’s citadels for ransom.

END_OF_DOCUMENT_TOKEN_TO_BE_REPLACED
I’m talking about that most hated of conflict-drivers in EVE Online, the high-security war declaration (or wardec for short). This system essentially lets any corporation or alliance bribe the police to look the other way while they clobber another organisation’s head in, and throughout EVE‘s lifetime it has been almost exclusively used by powerful PvP-focused groups to prey on newer players and non-combatants. I’ve always believed that this feature is turning new players away from EVE, and last week CCP casually revealed that … yes, it is. It really is.

In this edition of EVE Evolved, I make the case that war declarations are turning people away from EVE permanently and suggest several possible ways it could be fixed. 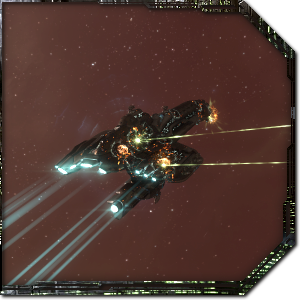 How are wardecs ruining EVE?

I’ve argued before that the wardec system is used almost exclusively to harass newbies and industrial or social corps, and that I believe it’s turning new players off the game. We’ve read as much in the comments of EVE articles over the years from ex-players who quit due to wars as they had no way to realistically fight back and win. EVE is arguably supposed to be that harsh, but a game that systematically drives away new players is ultimately a game that dies.

It’s standard operating procedure for any corp that becomes the target of an unwanted war to practice target denial by staying docked or literally logging off and not playing the game until the war ends. I’ve long suspected that some of those players just don’t log back in again, and this week confirmation of that problem emerged from the minutes of CCP’s latest meeting with the player-elected Council of Stellar Management. CCP Larrikin showed the CSM a set of stats indicating “considerable activity drops in all activities” during wars and confirmed that “the low activity continues after the war ends.” This is evidence that wars can push unprepared corporations past breaking point and cause permanent harm that they don’t recover from. 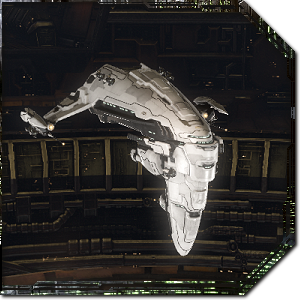 The CSM was reportedly so surprised by the stats they were shown and the obvious impact of wars on new player retention that member Brisc Rubal suggested “immediately removing war decs as a mechanic and promising a fix after the fact.” The vast majority of wars are declared by a very small number of corporations that have thousands of them going at any given time and will just camp trade hubs, looking for easy kills and docking up if anyone forms up a fleet to oppose them.

Removing wardecs entirely from the game is a real option and would fix all cases of abuse, but there are legitimate uses of wars that would be impacted too. Groups in low-security space sometimes use wars to attack an enemy without triggering criminal flags and gate guns, and nullsec alliances sometimes declare war on each other to mess with their enemy’s highsec logistics. Wars are also the only way to attack player owned citadels, so even removing them temporarily would render highsec structures invulnerable. 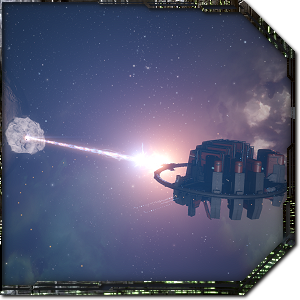 In an article last year, I made the case that wars need to be redesigned for the Citadel era into something that takes place between two structures rather than between two corporations or alliances. The crux of the suggestion was to make it so that the attacker would have to select an Upwell structure such as a Citadel or Refinery to be its headquarters for the war. Corporations without any structures simply wouldn’t be able to declare war, and if the defender destroyed the war HQ then the entire war would end.

This single change would solve most of the abuse cases with war declaration, giving the defender a way to actually win the war and forcing the attacker to commit to defending something or lose the war. CCP could even make it so that corporations with no Upwell structures anchored in space can’t become the target of a war, which would protect new players and purely social corporations. Black Desert Online handles wars in a somewhat similar manner, with only guilds that build forts being able to participate in inter-guild territorial PvP. 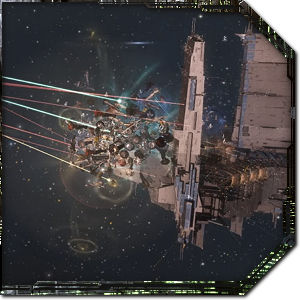 CCP has teased the idea of adding new corporation types a few times over the years, and has expressed at Fanfest that one of its long-term goals is to overhaul the corporation and alliance system. This could be a great opportunity to solve the problems with wardecs by allowing players to create specialised corporation types with a variety of different bonuses and restrictions. It would be up to the CEO to decide what route he wants to take his corporation, weighing up the options.

New corps could automatically start out as simple social corporations with no bonuses and then work their way through an upgrade tree to specialise as a different type. They could start without the ability to capture customs offices or anchor Upwell structures, and unlocking those abilities would have to make the corp vulnerable to wardecs in order to prevent unkillable structures from being erected in highsec.

CCP could also introduce a hard limit to the number of active wars a corporation can have at the same time and add a series of upgrades to increase the limit, replacing the ineffective ISK cost limit with something that might actually work. Other unlocks could include skill training bonuses for new players, new tools for sharing corp blueprints, automated ship replacement systems for PvP corps, bonuses to certain types of Upwell structure, tax and broker fee improvements, and maybe even access to corp agents.

The war declaration system has been broken and heavily abused for almost all of EVE Online‘s lifetime, and now CCP has confirmed the scale of the problem. Corps that are the target of war declarations often collapse and never recover, with extreme consequences for retention of new players and purely social corporations.

There are several ways that the problem could be solved, from a simple change to block wars against corps without Upwell structures to a full overhaul of the corporation and alliance system. We hope to hear more about how CCP is planning to approach the issue next week at EVE Vegas 2018, along with broader plans for what the future holds for EVE Online.