More bad news coming out of Riot Games this week. Kotaku reports that Riot employees have been told COO Scott Gelb is being punished because he – I can’t believe I’m typing this – “repeatedly touched subordinates’ balls or butt or farted in their faces” as some sort of joke. Employees of the massive League of Legends company were told he was given two months of unpaid leave and training.

You might think that a very well paid and highly placed executive at a game company currently under close scrutiny and facing a gender discrimination lawsuit would maybe lay off the gross sexual jokes for a couple of months until it blows over, yeah? Online gamers will recall that Kotaku’s exposé of Riot’s so-called “bro culture” problem broke earlier this year. The publication says that during its investigation, Gelb’s name came up as a repeat offender, so you might have thought he’d be among those who’ve departed the company over recent months. But you’d be wrong. CEO Nicolo Laurent said there’d been a “special investigation” and Gelb was allowed to stay.

“Scott could have avoided owning his past and his consequences,” Laurent says. “He could have left Riot. Scott chose ownership and redemption. I will root for him, will support him through this journey, and will leverage him as a great leader when he returns next year. I hope you will join me.” 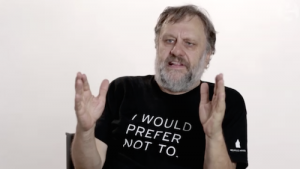