When people say that EVE Online is a game that lets you make your own path, they aren’t kidding. While CCP Games builds gameplay and maintains the New Eden star cluster, it’s the stories of players doing extraordinary things in the sandbox that are always the most compelling.

END_OF_DOCUMENT_TOKEN_TO_BE_REPLACED
Sometimes that means thousands of players cramming into one star system to kick over someone else’s sandcastle, or a record-breaking betrayal that kills an alliance of thousands of players. But sometimes it’s just someone playing by their own rules and exploring the universe in their own time. Player Katia Sae has now joined the ranks of EVE Online‘s most legendary players by completing an epic journey to visit every star system in the game without being killed by anyone.

The trip took over nine years and included visiting 7,805 star systems, which includes every single system in highsec, lowsec, nullsec, and the extremely difficult to navigate wormhole space. Every system was catalogued in over 50,000 images on the Sagan Explorations blog, and the only known systems left unexplored are the inaccessible Jove regions.

In recognition for Katia’s incredible achievement, CCP invited Katia to become the first regular player to visit the Polaris star system normally reserved for developers. CCP is also planning to add an amazing looking statue of Katia’s character to the game, which uses a new technique to build the statue directly from character data. 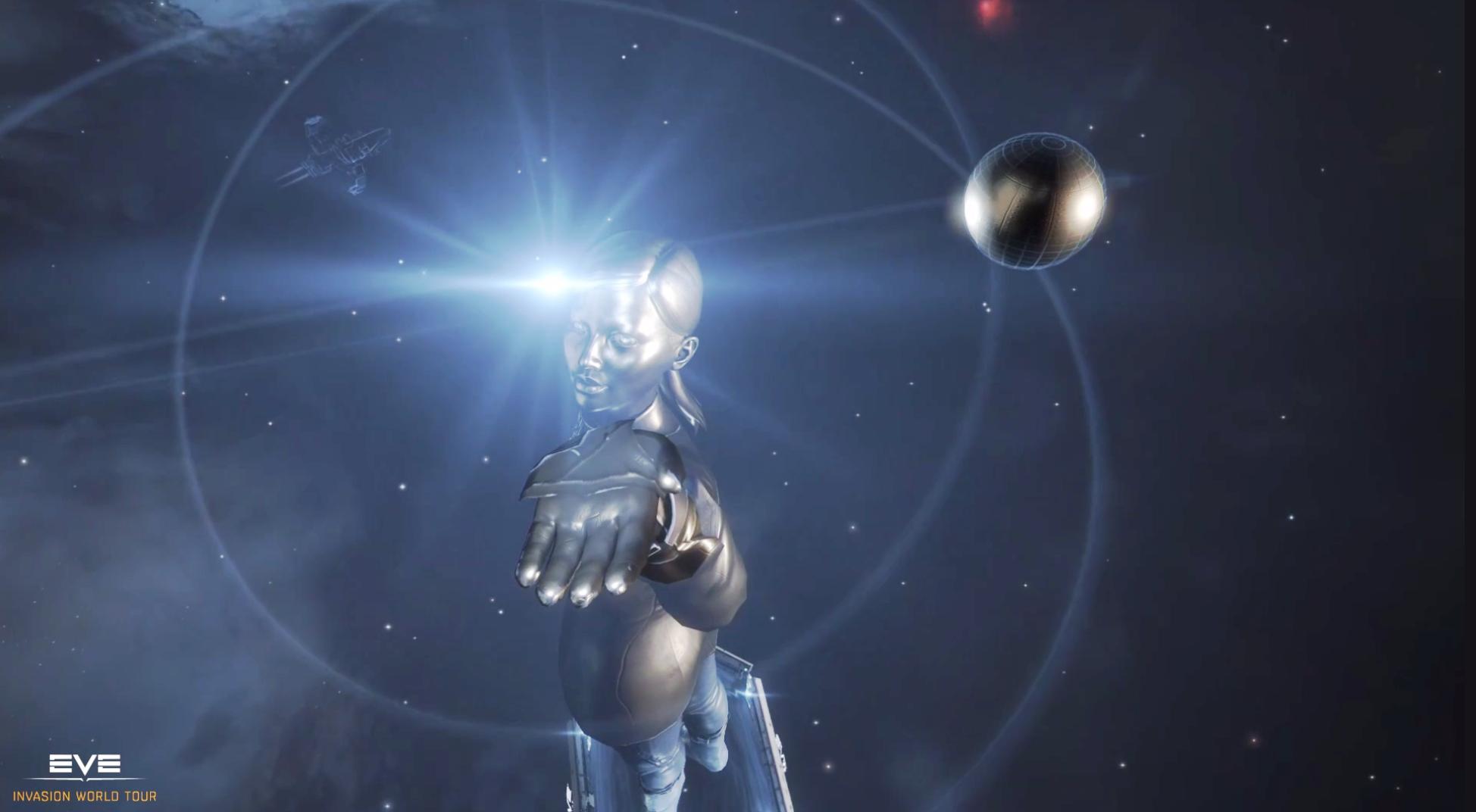 Disclosure: In accordance with Massively OP’s ethics policy, we must disclose that CCP paid for our writer’s travel to and accommodation at this event. CCP has neither requested nor been granted any control or influence over our coverage of the event. He made it all the way around nullsec without being killed once, you nullbears are sleeping!
Advertisement

Slightly unrelated but another, possibly the last, chance to get your hands on hardcover versions of Empires of Eve I and/or II is available here: https://www.empiresofeve.com/

Yeah, basically this. There would be a difference in “visiting” and actually trying to do much stuff there in them. This is pretty close to what I had imagined in my own head :D

More importantly:
“…CCP is also planning to add an amazing looking statue of Katia’s character to the game, which uses a new technique to build the statue directly from character data….”
Ccp has now found an ACTUAL USE for the painstakingly created avatars and full body technology in the game other than a 400-square-pixel micro picture in the upper left of everyone’s screens…finally!

Mad props to Katia for her determination, there is a lady who when she sets her mind to a task does not fu** about. NINE years! wow.

I doff my cap.

It’s still a gankbox no matter what anyone says. They like to put stuff like this out to fool people. You can bet this person had high lvl help too.

About the only help Katia had was from Signal Cartel, a group of explorers Katia belongs to. The corp leadership even turned finding the last wormholes (they are randomly generated so are difficult to find) into a role-play event.

As for high-level help, Katia managed to explore all of known space (over 5000 systems) solo without help. Tengus are one hell of an exploration ship, especially when traversing null security space. Then again, being a member of Signal Cartel might have helped going through wormhole space, as Signal has a good rep and many people refuse to shoot at pilots with the Signal corp ticker.

And as for EVE being a gankbox, I haven’t found it that way. I’ve only lost 6 ships to players over the 9 1/2 years I’ve played the game. Then again, I don’t go looking for PvP either. I’ve gotten very good at avoiding trouble :)

I’ve played EVE on and off since 2006, and it’s definitely not a “gankbox”. Sounds like you’re either a hater or parroting someone who is.

Give me a break. The game has always been a gankbox and never will be anything else. You Eve players are always looking for suckers to believe the crap you post. Always looking for those easy kills. You guys even gate camp waiting for any player to come through so you can mindlessly kill them.

You’re full of it.

It’s a troll, don’t pay attention to it.

Well visiting a sector and actually sticking around to try and do stuff in those sectors are two different things :D If you’re just cruising through to quickly say you visited them, I’m sure the danger is a lot different than hanging around trying to get something done there.

That you have to put in “high lvl help” just indicates that you haven’t played EVE Online and don’t understand anything about it. To reduce it to “gankbox,” something encouraged by the editorial staff at Massively OP, is to take the simplest negative view of the game so you can hate on it.

Probably was helped by all those lvl80 players ;-)

Totally got a raiding guild to carry her.

That’s pretty cool achievement and yet another proof that you can avoid losing ship in EVE or any form of unwanted PvP if you don’t want that ;-) Sadly many idiots keep assuming otherwise.

The salt and jealousy is just dripping off this post.

WTF are you even talking about? Am I supposed to be “jealous” of stupid people who make wrong assumptions about the game?

Yeah, if you don’t want to do anything other than cruising through a sector as fast as you can to say you visited that sector, you can avoid losing a ship there if you’re in a respected corporation.

That sure shows, huh, not much :P

Basically it brings to mind what Schlag Sweetleaf posted above.

There should be monuments for two achievements: one for visiting all systems and one for not popping during the trips. The latter should look like a Teddy with laurel wreath.

I don’t play Eve, it just never ‘caught’ me, but, that is a remarkable achievement!

I don’t know what’s more impressive, visiting them all or not getting killed doing it! Especially as about a third of those stars are only accessible via random wormholes, and some were the Drifter systems that are hard to reach.

I’m sure she had plenty of help from scouts before jumping into systems ;-) Plus just about every large alliance will mark you “blue” if you’re clearly doing this kind of exploration and not a spy or a suspicious person ;-)

Actually, no. She did low and null sec solo. The only help was at the end to find the final wormholes.

She might not be telling the truth ;-) But if she did – that’s awesome. Probably why it took so much time to do so.

Katia just used a cloaked ship, that’s all it takes to avoid a fight 99% of the time. For nullsec exploration you can even use a nullified t3 cruiser to become immune to warp bubbles. If you want to explore EVE and never get attacked, there are tools there for anyone.

The whole not losing a single ship thing is more of a bonus here. The main thing was to visit all of EVE and it’s an interesting side note that the player was never destroyed.

I just know from first hand experience that some nullsec alliances really like putting alts with smartbombs all over gates to protect certain systems ;-) Having cloaked Astero won’t really help. Unless, of course, you just contact the alliance and ask them for passage (which won’t be an issue if they can see that you’re not a spy).
Anyway, whatever she did – it was pretty impressive, and like I said before yet another proof that most of EVE community does not consist of sociopaths who will kill you for personal enjoyment no matter the situation (and the small minority of those can be always avoided with right tools).