I want to wax poetic about Warhammer Online for a moment here. While it never maintained the initial level of success that it saw — for more reasons than I have space to go into here — looking back I have to wonder if it simply came out at the wrong time. These days we have scores of PvP games in the works that are attempting to vie for the same crowd that WAR did, which makes me wonder if the gamer community would be more accepting of this tri-realm title.

There are several other MMOs that I’d identify as being ahead of their time. The Sims Online, for example, really could be a smash hit today if it was done in a more modern engine and with a better multiplayer design. It’s a great idea that sits on the shoulders of a mammoth franchise.

What do you think? Which MMOs were ahead of its time — and when do you think they should have come out?

Every morning, the Massively Overpowered writers team up with mascot Mo to ask MMORPG players pointed questions about the massively multiplayer online roleplaying genre. Grab a mug of your preferred beverage and take a stab at answering the question posed in today’s Daily Grind!
newest oldest most liked

Chronicles of Spellborn. Called it first! :)

EqNext. And still ahead at this time.

Had a lot of fun playing that with my boys.

When the Outpost gates would go down and the firefight to the portal. God I miss that game.

I’d say most of the early batch were ahead of their time, if only because they were reaching for far more than technology and industry could provide.

At the same time, none of them had a solid vision of what a ‘living, breathing’ world could be, so we wound up carrying over a lot of regressive crap (DIKU mechanics for example) for lack of a scaleable foundation.

Gotta give it to SWG, however. I think they were ahead of the curve in many things.

Archeage has the some of the best elements of past and current MMORPG’s.

– Non-instanced housing and expansive land ownership with a tax system and land expirations.

– Farming, Aqua Farming, Husbandry, in-home crafting, where many items in your home/land have real function instead of just decoration. (Beds replenish labor, etc.)

– Manual trading/commerce where you had to load your goods onto wagons/donkeys and ships. Travel times were manageable. (5-40mins on a smooth run)

– Language Proficiency. Being able to speak to other players of same race or proficient, infront of other players who can’t understand what’s being said.

– Tree Farms and raiding. Because it was a sandbox game, players would try and plant high value crops without having to pay taxes on land in remote, hard to reach places. Scouts would find these farms and plan raids when the crops were ready. Sometimes instigating massive PvP/GvG fights and rivalry.

A host of other great mechanics and methods that were soured by poor monetization ideas and sloppy management. There hasn’t been such an great mix of player involvement and PvE fantasy play since. RIP Archeage Alpha. You are sorely missed. 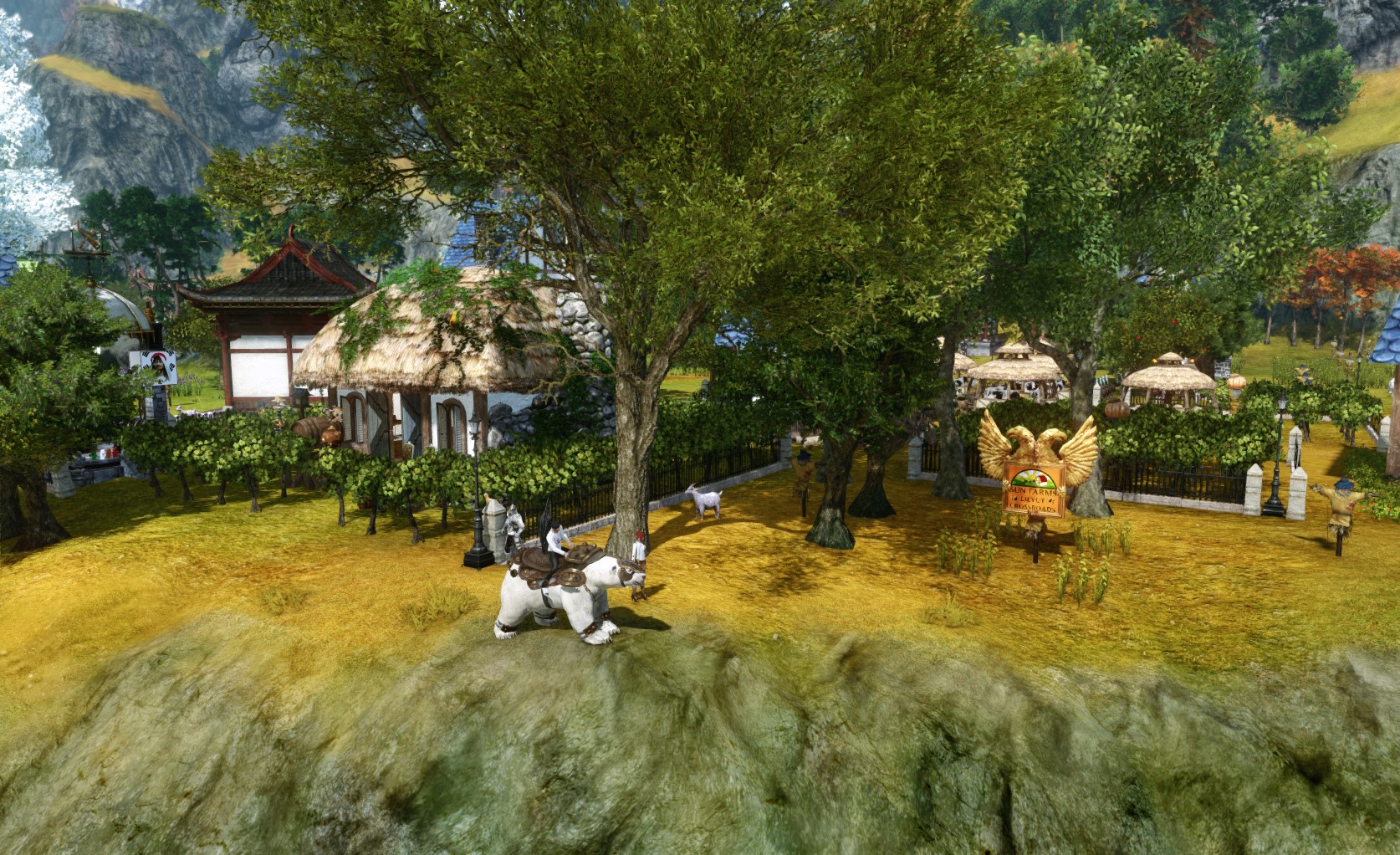 Loading goods from wagon to ship for a trade run across the sea to foreign lands: 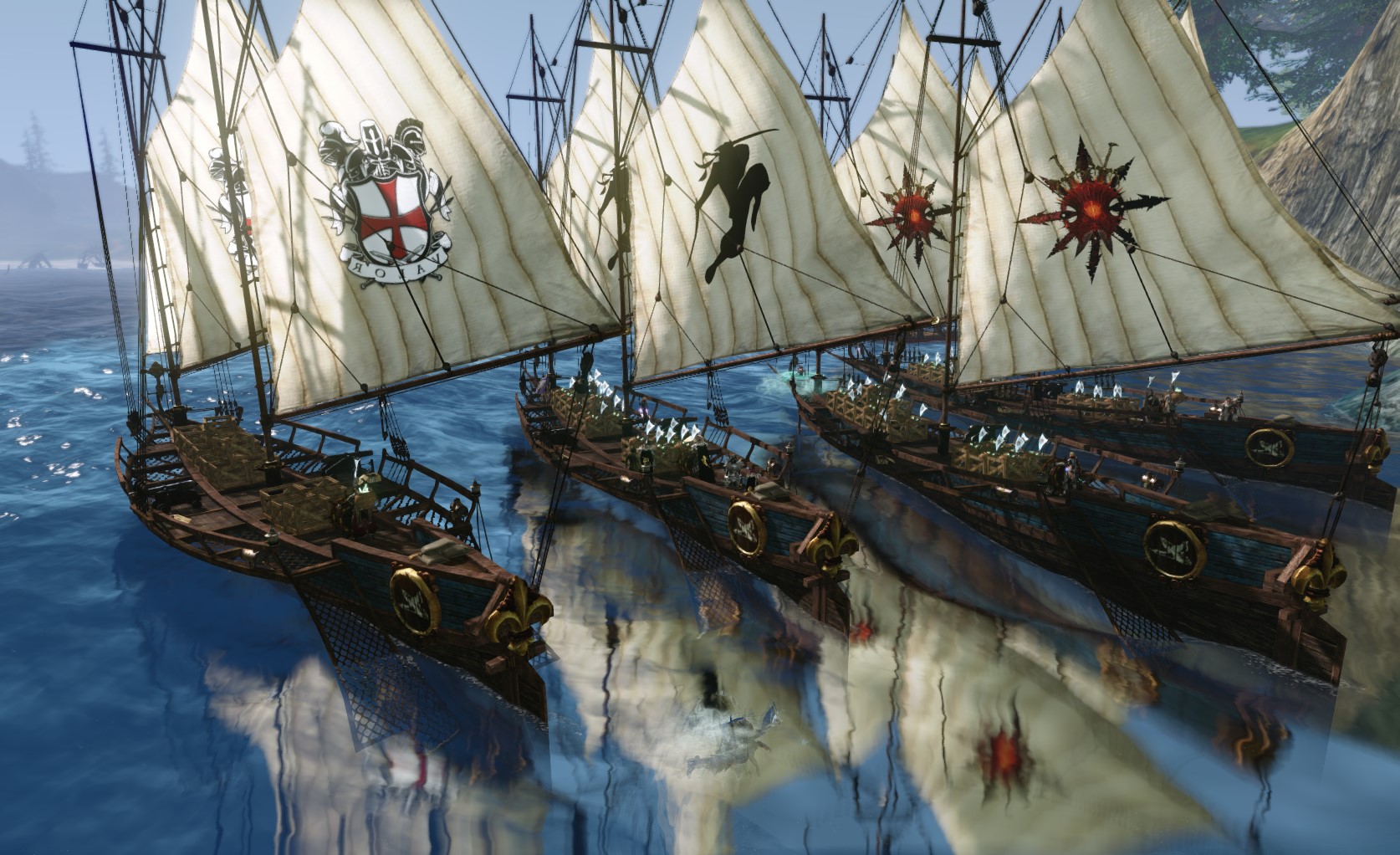 The ArcheAge Alpha was still one of my fondest gaming memories in the last 20 years. Was such an amazing game before they ruined it with the 2.0 patch (Open Beta) and game changes that revolved around the cash shop.

If trion hadn’t ruined the game with their cash shop money grab’s I would still be playing today. AA was definitely one of my favorites, sadly it was just run by a shit studio that drove it into the ground.

I feel very similarly about BDO. I loved bdo, and had a blast with it. Until I realized I was spending almost 500 dollars a month on the game. I had to quit for my own health/sanity.

If a BDO or AA server released with a 30 dollar a month sub, with no cash shop what so ever, I would be back in a second.

Out of curiosity; how can you spend that much on a game? What did the stores offer tha you ended up spending that much? Honest question.

The BDO cash shop can be pricey. $30 outfits and the necessity for storage expansion adds up. $500 a month sounds like compulsive addiction though. I spent $500 the entire 2 yrs I played BDO.

If you are highly competitive in the PvP scene it’s not even unusual. The need to have your gear maxed out enhancement wise is huge in top PvP.

And the cash shop while not allowing you to outright just buy maxed out gear, does allow you to “hedge your bets” while enhancing gear.

I also know horse breeders that spend 200-300 a month easily.

League of Legends balance between day one player and a veteran player.

To go against the grain of a few titles mentioned here that were not quite as ahead if their time that the fans would like to think, I have to go with a couple if titles here that didn’t quite get their just deserts and did some interesting stuff at the time of release. They just came out a few years too early:

I always thought Asheron’s Call 2 was ahead of it’s time. HUD elements and voiceovers that are common themes now, were somewhat revolutionary at the time. Sure, AC2 had it’s share of problems, but I think it would have fared better if it had released a few years later…

City of Heroes, obviously, and I don’t say that with blind patriotism.

Level/group scaling and character customization alone are things other MMO’s are still catching up on.

Same here. Even after 6 years of playing other MMOs, leveling in CoH is so much more rewarding whether it be enhancement slots, new powers, more powers to use in combat overall, extra inspiration trays or creating new inventions to further increase your power/utility.

1. Not afraid to make Crowd Control it’s own type of gameplay as opposed to most other MMOs with their 2 second holds/stuns/immobilizes that nearly every archetype has access to.
2. One of the best pet classes in Masterminds with more options for control and growth than newer MMOs(I’m looking at you ESO).

Aion NA invites players back to Katalam with a new battleground...

Riot Games’ Legends of Runeterra writes a thank-you note to its...