The thing about being a superhero that almost nobody tells you is that there are personal stories involved. Sure, the big picture is what most tend to focus on, and that’s all well and good and proper. But there are people involved in all of these long, drawn out narratives. Ordinary people whose entire reality has been jarred by the machinations of some force beyond their ability to comprehend or contend with. I try to remember those stories. Write them down in my book of shadows. It’s those stories that remind me and keep me grounded. That help me not get lost in that big picture. Stories matter, because they involve the individual.

A lot of MMO stories are throwaway at best. Forgettable waves of text you blitz through just to make sure the objective is on your to-do list so you can move on with the rest of your playtime. City of Heroes doesn’t do too terribly much to stop that, and it certainly doesn’t win the crown for best narrative in an MMO, but the story arcs I’ve gone through in Going Rogue have been enjoyable. So much so that I was diverted to the point of forgetting to reach out to people to team up. 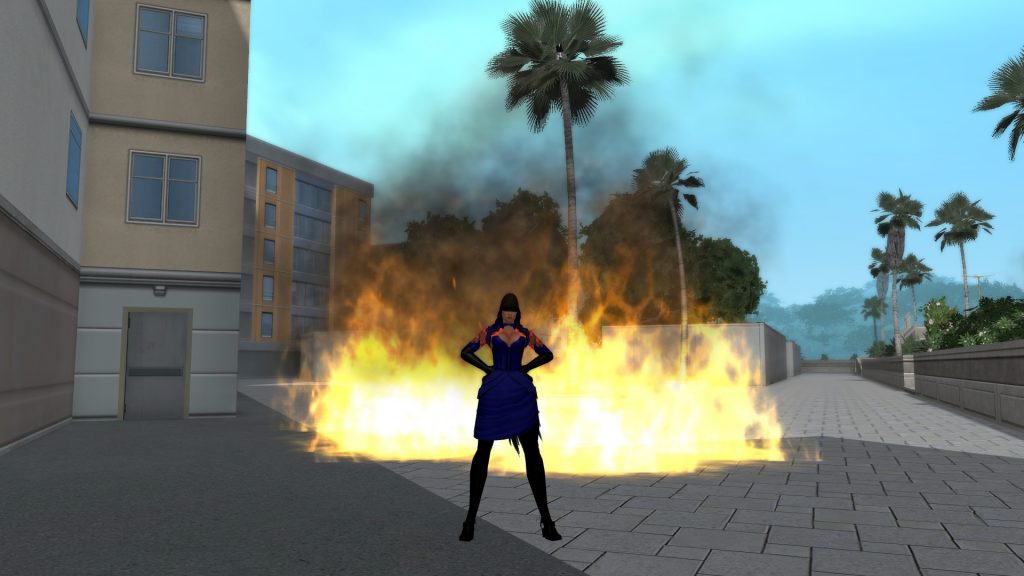 To be fair, Going Rogue had an impossible bar to clear after my having gone through Shadowbringers, but even having played that expansion, I really did find myself enjoying heeding the advice of the poll vote to slow down and take in the story. It did mean getting through some walls of text, but that never bothered me before and it most certainly didn’t bother me here. I’m one of those nutbars who don’t mind quest text.

Much of the stories of Going Rogue seemed to be about people trying their best to make things just that little more right in a world that had gone very wrong. A man is forced to abide by an organization he hates because it means his family stays safe. A doctor tried everything he could desperately do to pin down a disease. Lots of these narratives were well thought-out and even better written, making me feel like I was in the pages of any solid comic book.

I say “solid” instead of “incredible” because, let’s face it, there’s something of an expected level of schlock in comics writing, especially in the time that this expansion was released. I forgive Going Rogue for that, though. In fact, I embrace it. Anyone who knows me well knows I love me some good cheese. 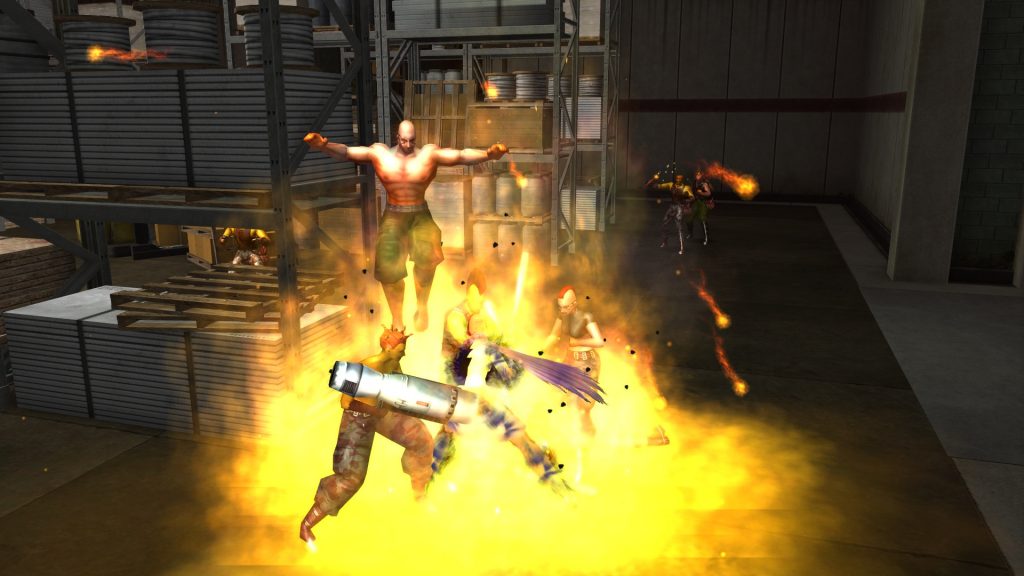 What also began to become apparent during this run, though, was the fact that the difficulty spike was rearing its ugly head again. Later missions were having me face some nasty foes with even worse programmed habits. Case in point: those damned Ghouls, who have an extremely nasty habit of utterly swarming me beyond my capabilities. I’ve finally put in my first XP debt payments — a rite of passage for all City of Heroes players. I couldn’t taste victory all the time.

Still, I think I took the losses pretty well overall. After a certain point, a character build can really only take you so far. Old video game AI will very often do completely weird and unexpected things, and that seemed to be what I was running into here. I also, admittedly, was running face-first in to the wall of my own stubbornness: The comments section had advised that tuning down the difficulty would probably be a good idea for the early going, but I never bothered to do it. Call it pride, I guess. Or idiocy, more appropriately.

All the same, I was enjoying following the storylines of Going Rogue enough to not care about victory or defeat. I also, as I mentioned, got too wrapped up in the expansion’s content to actually reach out for any team actions, so I apologize for those votes going effectively ignored. In my defense, the vast majority of the Going Rogue expansion seems to be geared toward a solo play experience anyway, which is something I feel like elaborating upon with next week’s report. 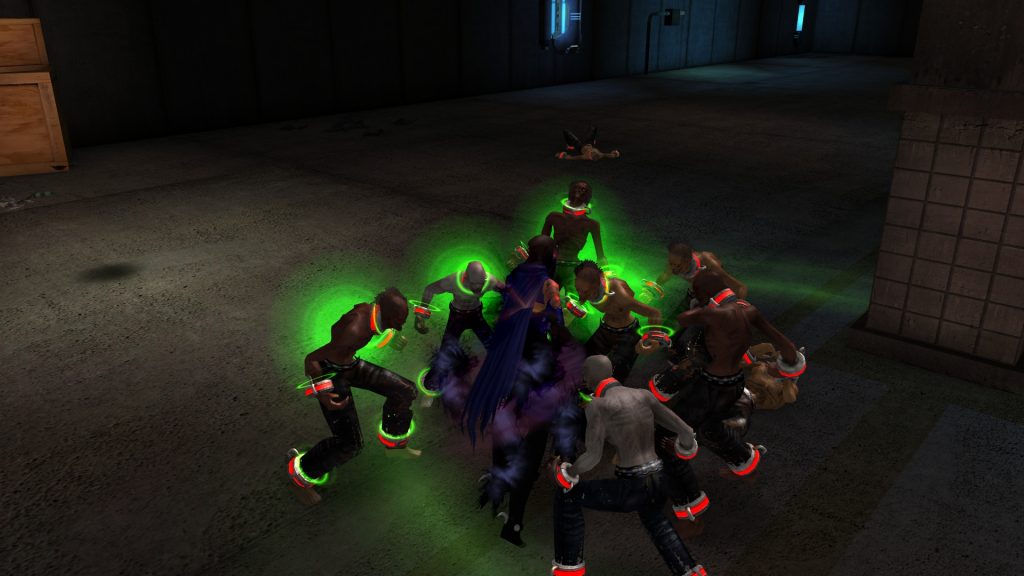 It’s perhaps just as well that I not seek out any team action, as this month’s CMA is pretty much over with. As I said, I’ll be offering up some final thoughts on my time in Praetoria, but before that, there’s the month of August to consider… and I feel like I maybe have lost my damn fool mind with this idea. Or maybe Bree is crazy for agreeing to it. [Why not both? -Ed.]

I’m declaring next month’s Choose My Adventure the “Not-So-Massively Edition,” which means I’ll be hopping in to those games that are MMO-lite or larger scale multiplayer without being full-bore MMORPGs as we classically know them. In fact, there will be a new game each week, all culminating in a final week’s vote for something I am admittedly nervously dreading, but am more interested to experience and especially write about.

But again, that’s the final week. We’ve got the first week to consider! These are the choices on where I’m looking to begin, but if you happen to have your own write-in ideas, feel free to share them in the comments below. I’m certainly open to suggestions, especially since this column is all about the choice of the readers. Without further ado:

Which Not-So-Massively game should next month start with? 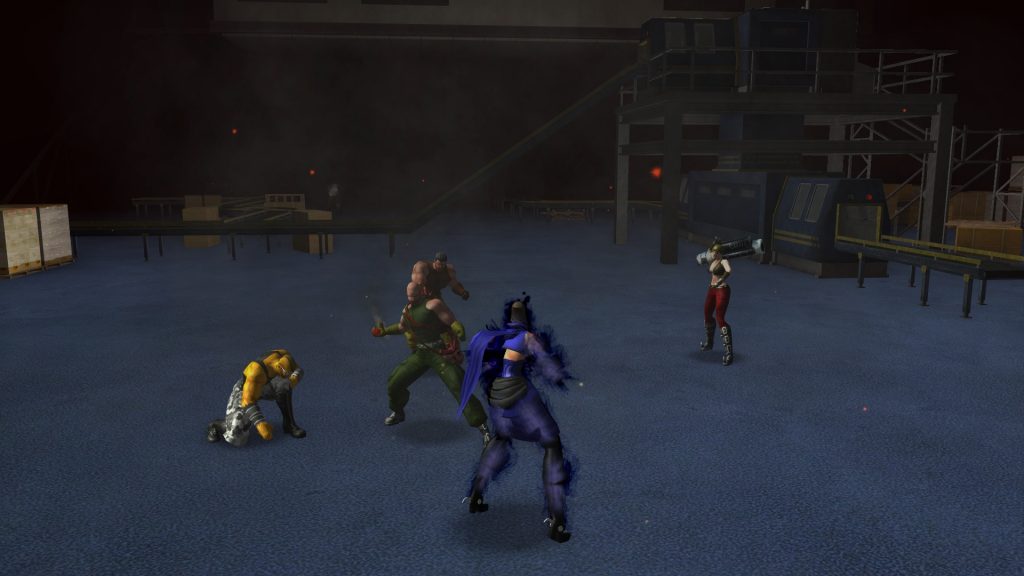 As usual, polls will close at 1:00 p.m. EDT this coming Friday, August 2nd. I’m looking forward to seeing whether this mad idea of mine has any traction or people end up being indifferent. The way I see it, though, large-scale multiplayer is owed its time in the CMA sun, and I hope that enough of you agree with me and will join me in the voting.

For now, the sun will set on my time in Praetoria. It has been a very weird and unexpected journey, and I need some time to pull together my thoughts. Until then, perhaps I’ll focus on one of my blueside toons and get some more levels in there…