During this afternoon’s BlizzCon Opening Ceremonies, Blizzard didn’t so much as breathe the words “Diablo Immortal,” in spite of multiple devs (and audience members) cracking jokes about having phones to cut through the tension. Nevertheless, this evening we noticed that the company had uploaded a massive BlizzCon 2019 packet for the upcoming Diablo-franchise mobile game, in partnership with Chinese company NetEase. There are two new gameplay videos as well as a bundle of new images and new bits of information, including news on the Demon Hunter and new zone content. 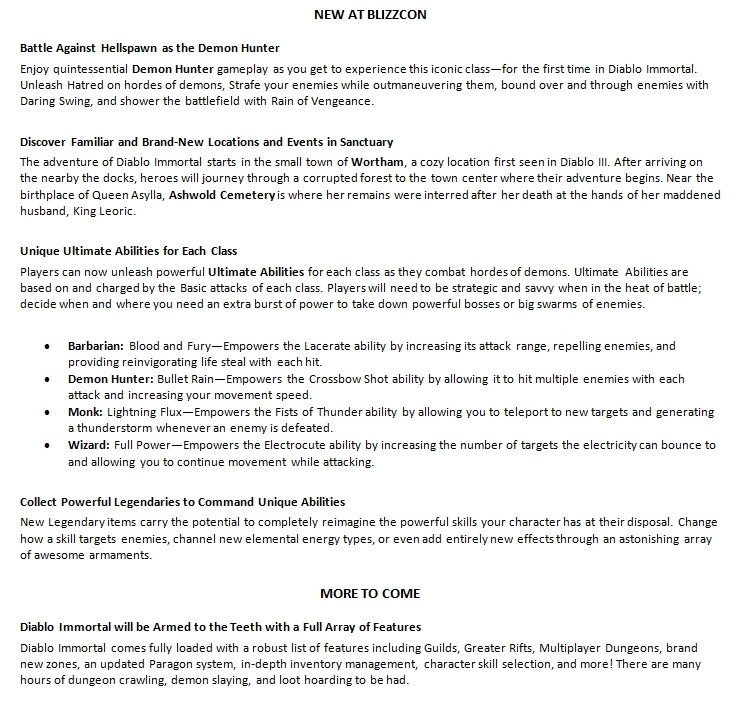 Pre-registration is live on the game’s official website and Google Play (the Apple store is greyed out right now); you can check out the assets below. And make sure you guys have phones.

The official site also embeded this developer video, still unlisted on YouTube as we type this.