Almost exactly a year ago, I declared that the Blizzard I loved is dead, in reaction to the Blitzchung/Hearthstone/Hong Kong fiasco.

Twelve months later, that story has largely faded into the mists of history, recollected only by the occasional angry comment from those still holding a grudge over it. Now seems like a good time to revisit my own feelings on the matter. Am I still on the boycott Blizzard bandwagon, or is all forgiven?

Let’s back up a bit and talk about last year’s BlizzCon. Remember when large indoor gatherings weren’t a suicidally stupid idea? Yeah, those were good times.

BlizzCon 2019 saw J. Allen Brack give a public address for Blizzard’s shenanigans. To me, it seemed like a sincere act of contrition, but I know others strongly disagreed. Ultimately, the sincerity of an action doesn’t actually matter that much in the greater scheme of things. The actions are more important than the intent.

Therefore what made more of an impact to me is that Blizzard did allow pro-Hong Kong independence protests, costumes, and messages not just in the area but on the convention floor itself. That, I think, shows an intention to walk the walk on doing better. It is basically the bare minimum they could have done… but by definition, the bare minimum is good enough.

For me, that’s enough to drop the boycott. 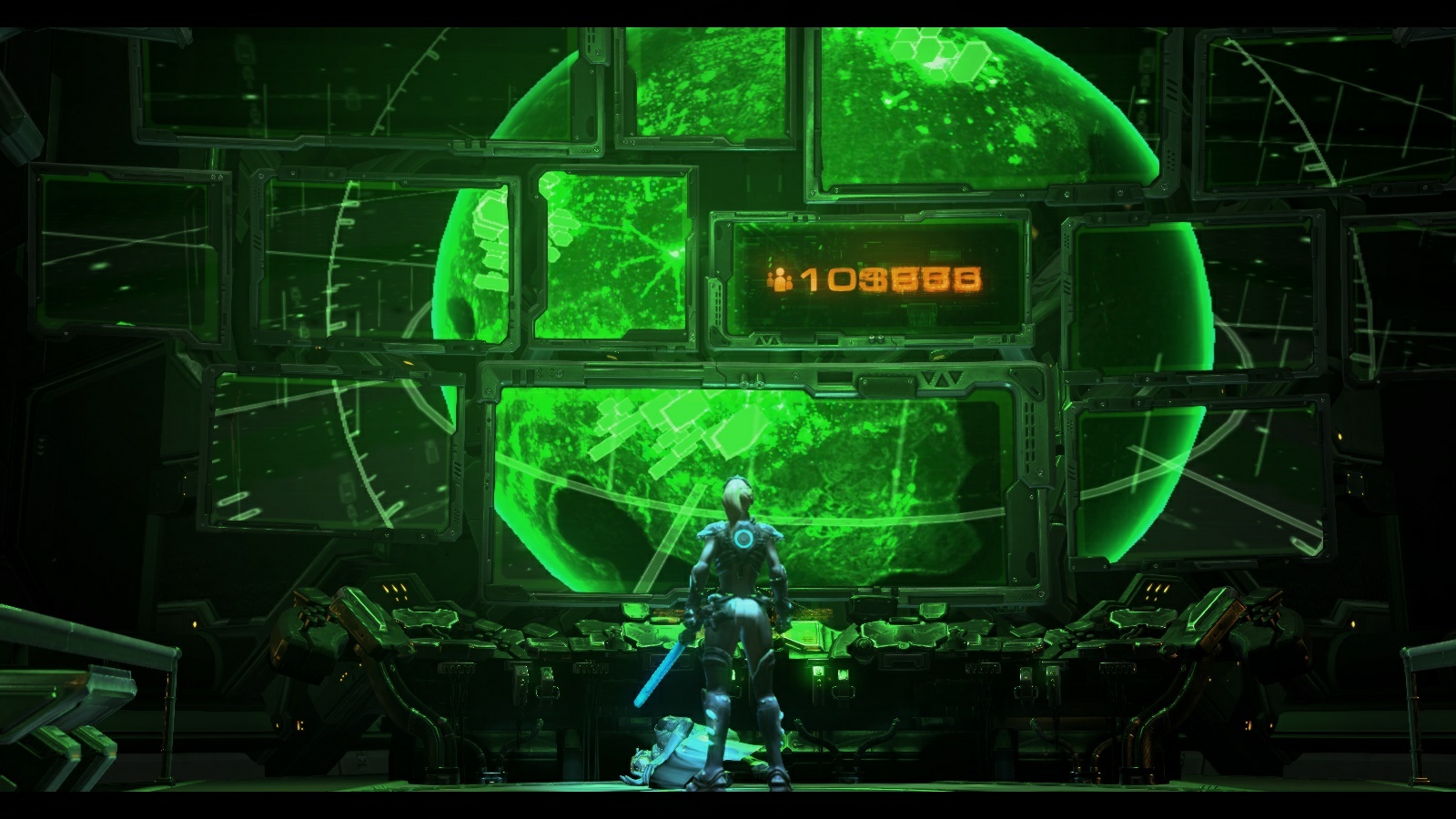 And yet, the stain can’t entirely be washed away. Even in the best case where we assume Blizzard has learned its lesson and nothing like this will happen again — which I’m not taking as a certainty — that we wound up in this situation in the first place is a serious red flag about the judgment and ethics of Blizzard’s leadership, whose decisions even Blizzard developers and execs spoke out against.

Blizzard games used to feel like home to me, but it’s hard to get the same warm fuzzies after such disturbing choices have been made.

At the same time, it also needs to be acknowledged that most gaming companies have engaged in some kind of shady behavior or another, be it crunch or sexual harassment. If I boycotted every game company that did something unethical, I’d not have many games left to play

I say this not to promote apathy but rather to reflect the reality. These are all things we should continue to be upset about. It’s not a few companies being bad apples. It’s systemic flaws in a corporate culture that favors profit over humanity, among other issues. You should absolutely boycott things if your conscience demands it, but what’s more likely to make a difference is systemic change brought by things like regulation, unionization, and shifts in our cultural values.

In the meantime, something that helps to maintain sanity is to remember that corporations aren’t monolithic entities. They’re made up of many different people with different values and ideals.

For example, Ubisoft executives have done some pretty awful things, but one of my closest friends also works for Ubisoft, and she’s one of the best people I know. Supporting her work means supporting a corrupt executive culture, but boycotting them would also mean boycotting her work. How do you reconcile that? 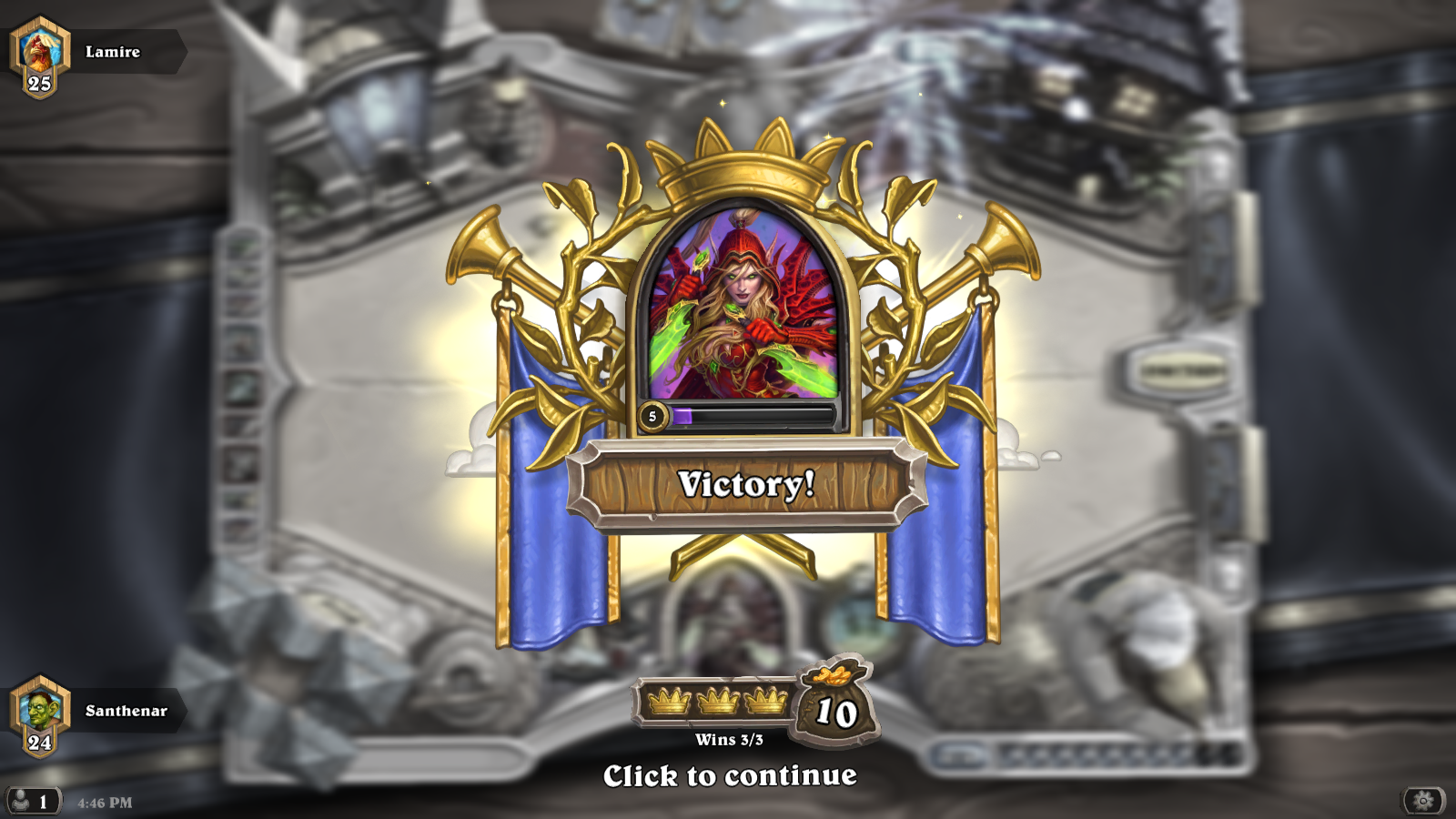 By the same token, I may be upset with what the upper management at Blizzard has done, but I still think their writers and artists do good work, and I have no reason not to believe those are largely decent people.

At the end of the day it comes down to a personal decision of how to spend your time and money. No matter what games you buy, odds are you’re supporting both good and bad people. There’s no objective formula for how to balance both sides of things. Do you feel passionate enough about something to accept its dark sides?

So this is how I can justify being willing to continue supporting Blizzard’s games, at least to myself, at least for now.

And yet, it’s also worth noting that I have not done so in the past year. I have not resubbed to World of Warcraft, which used to be an event as regular as the tides, nor have I given Blizzard any money for anything else. The closest I’ve come is spending some Blizzard Balance I already had from a ways back on StarCraft II co-op.

In my last column on this, I said I felt like Blizzard was already moving away from the kind of games I wanted. I feel that even more strongly now, and putting aside all ethical concerns, I find it hard not to feel as if the magic is gone on some level.

As I’ve said before, it feels like Blizzard games have largely lost that spark of passion that used to make them special. This seems to have coincided with Chris Metzen’s departure. Look at Battle for Azeroth. Most seem to agree its story and general premise are a mess. That in and of itself is not so shocking — I’ll be the first to defend Blizzard’s story-telling, but even I admit it does have a tendency to faceplant with a certain degree of regularity — but the way in which it’s a mess is alarming. 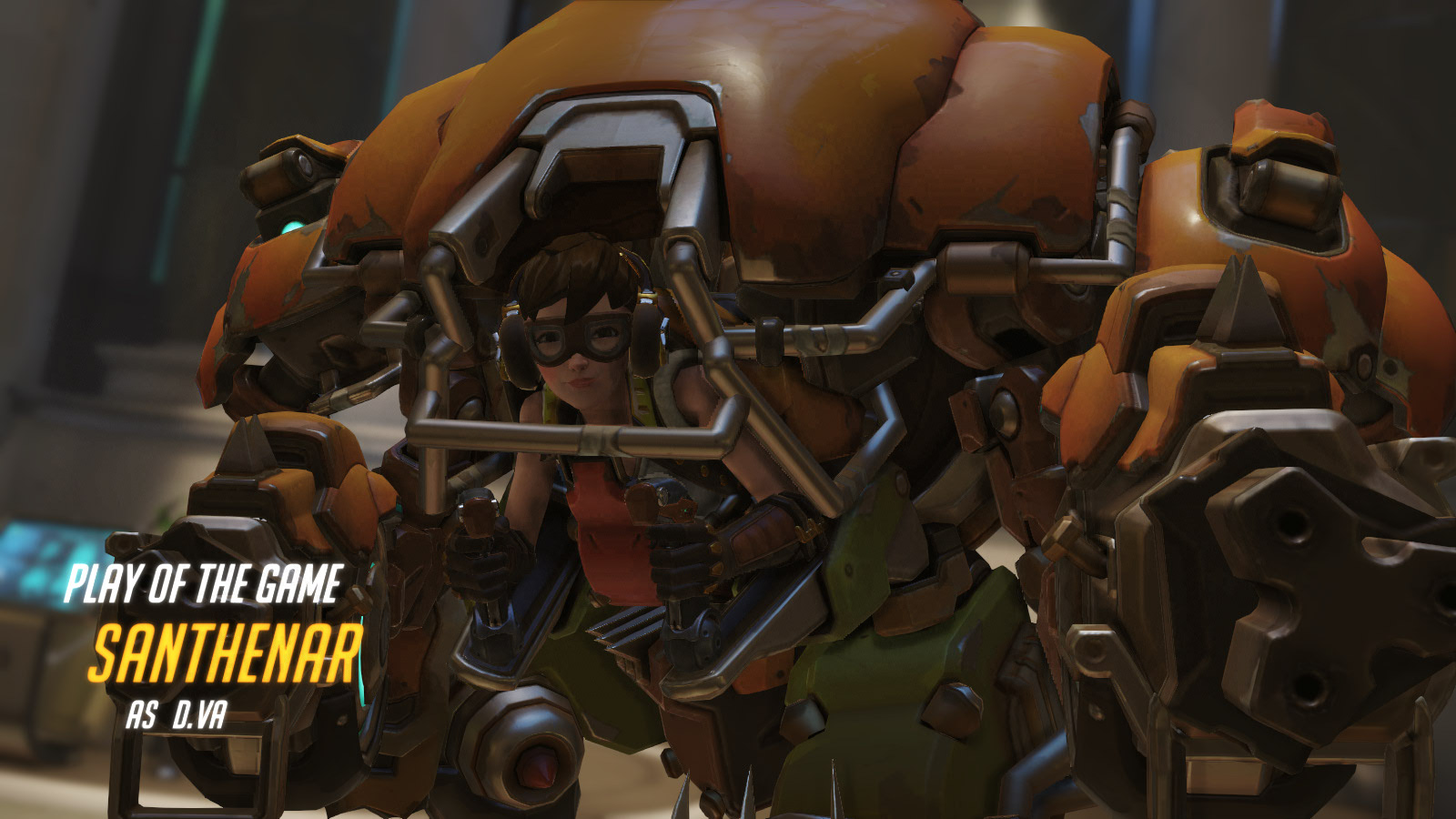 BFA just feels so tired. Oh, the faction war again. Oh, a crazy warchief again. It feels like such a cynical path to take. “Well, this worked before, so let’s do it again.” It feels like an expansion written by a marketing department rather than people with serious passion for the Warcraft universe.

Say what you will about Blizzard’s stories in the past, but they never felt cynical, and they never lacked for passion.

Let’s look at another disastrous expansion: Warlords of Draenor. That was a calamitous lorestrocity of an expansion; it’s entire story was a mistake. But it was clearly a mistake born of passion. You could see the enthusiasm Metzen and the rest of the team had for how badass it would be to bring back all the old Horde leaders for another rumble. That was the whole problem; they thought the story was so “awesome” that they didn’t stop to think it through and realize what a dumb idea it was. It was a big mistake, but it was a mistake resulting from an excess of passion and enthusiasm, not a lack of it.

That’s what’s made it so easy to forgive Blizzard for its mistakes. The people behind the games were having so much fun you couldn’t help but be caught up in the wave, even when it dashed against the rocks.

But I don’t see that in Blizzard’s games anymore.

Take Diablo IV. Rather than a proper sequel to Diablo III or a new evolution of the franchise, it seems to be an attempt to just be Diablo II but with modern graphics and MMO aesthetics. While some people might find that appealing, it’s an artistically lazy choice. Again, it feels tired; it feels like a game designed by market forces rather than love for the franchise.

Passion is what made Blizzard special. This was the company that always reached higher, that always made its worlds and games as bombastic and larger than life as humanly possible. As that passion bleeds away, so too does Blizzard’s soul. 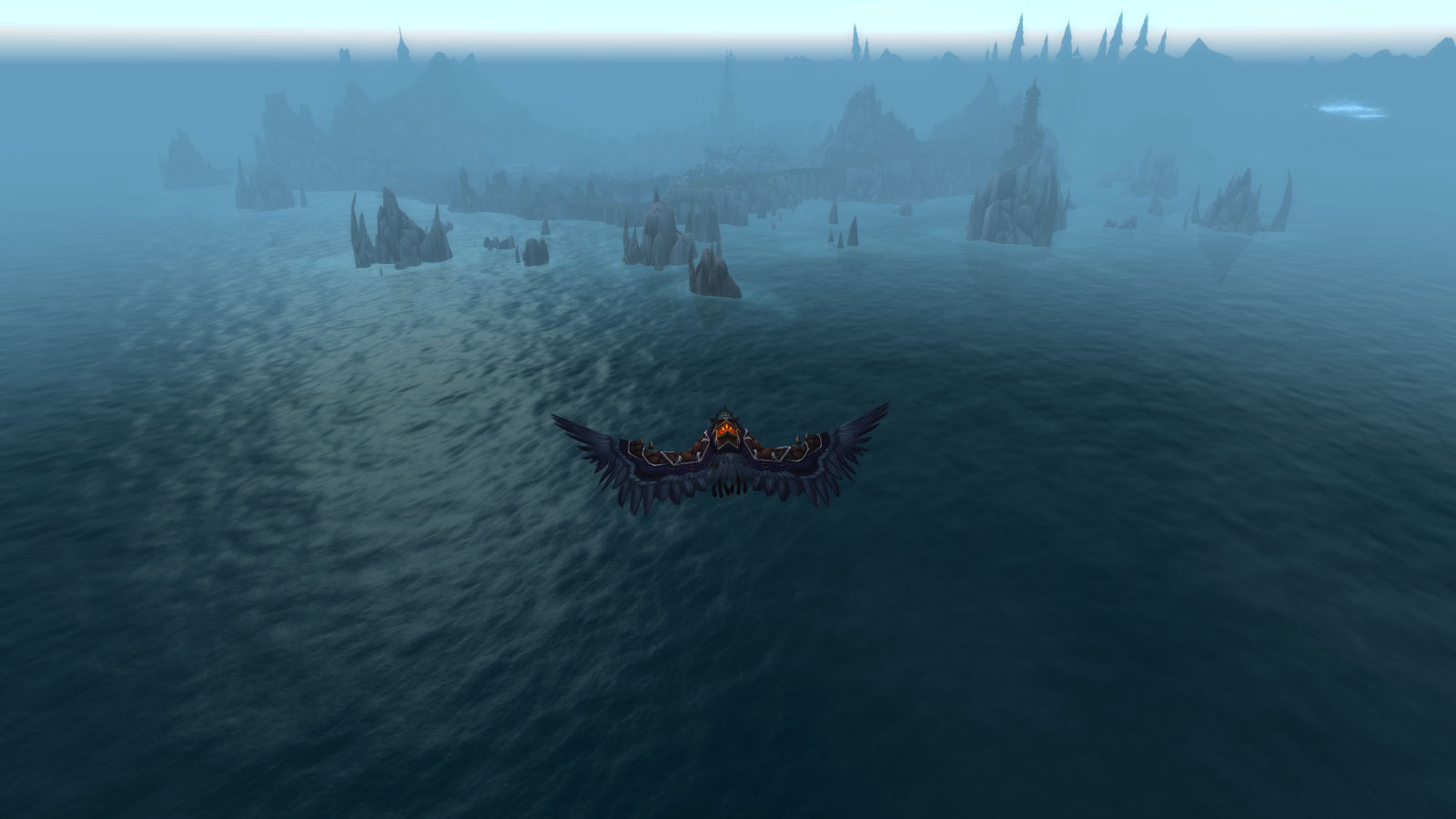 The only place where this doesn’t feel true — and the only upcoming title that still strongly interests me — is Overwatch 2, which feels like it may still have a spark of that old Blizzard passion. Perhaps because it is a newer franchise. Even then, I have my doubts about whether the end product will live up to expectations, but at least it doesn’t feel like the reheated leftovers of yesteryear’s greatness, like BFA or D4.

So I’m not boycotting, but at the same time, Blizzard is no longer offering much that I would want to buy anyway. Shadowlands does have some cool ideas, and in another time, I might have been willing to give it a shot, but between the Blitzchung incident and the flagging creativity, I’m much less inclined to give Blizzard games the benefit of the doubt than I once was. Instead of being a virtually automatic buy, Blizzard games now have to work to win me over the same as most other developers.

And that, perhaps more than anything, shows that the Blizzard I once loved is indeed dead.