This week’s Not So Massively column was supposed to be a wishlist of things I want from an announcement of Diablo IV. When I pitched that article, I was so excited to delve into all the fun possibilities for this game, which is rumored to be announced at BlizzCon in a few weeks.

There’s no point in recapping. We all know what went down in the world of Blizzard Entertainment last week. It’s set the gaming world on fire and even been covered by many mainstream news outlets.

I’m also not here to rehash the debate over whether Blizzard was right or wrong. Most of us agree it was wrong, and those who don’t won’t be convinced by me. I’ll say only that its effort to “fix” things by reducing the penalties on Blitzchung and the casters is a pathetic attempt to deflect negative criticism by making only a token effort toward change.

Before I go any further, I want to explain what Blizzard games have meant to me. I’m more than just a fan. Blizzard and its worlds have been a pillar of my life almost for as long as I can remember.

Warcraft: Orcs and Humans came out when I was four years old. Some of my earliest memories are of playing it, or watching my father play it. I learned to train footmen before I learned to spell my own name. 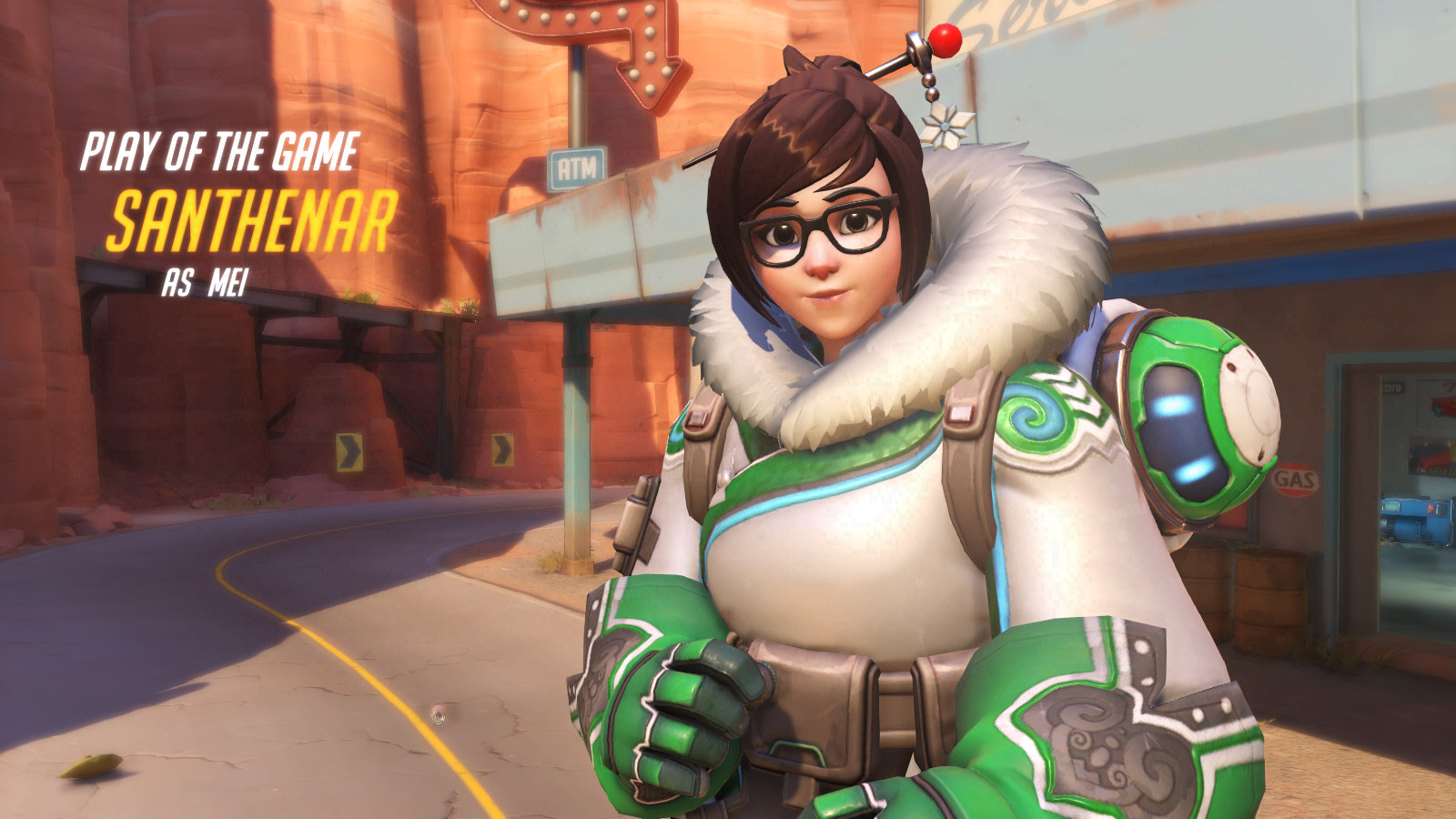 Since then I’ve played virtually everything Blizzard has put out (the first Diablo being the only exception). In elementary school, I rushed home every day to play StarCraft. When Warcraft III was released, it blew me away like no other game before or since. I own the Warcraft movie on DVD. I have an entire bookshelf devoted to Blizzard tie-in books, some of them autographed copies I won in an official fan fiction contest. A Nova Terra action figure is sitting on my desk next to me as I write this.

That barely scratches the surface of what Blizzard means to me. Being on the spectrum, I know my interests are a fundamental part of my identity, far more so than they would be for the average person. All my friends know me as “the Blood Elf” guy. If I could make myself Protoss, I would.

That’s not to say that I’ve always been a blind worshipper of Blizzard. Far from it. If you followed my personal blog back before I worked here, you’ll remember no end of rants on Blizzard’s mistakes. I hate that World of Warcraft is a subscription game, I hate that Arcturus’ story got such a weak ending in Heart of the Swarm, I hate Pathfinder achievements, I hate that Overwatch is all PvP and no story…

But for all my griping, in my heart I still loved Blizzard. There’s a vibrance and a bombast to its worlds and its stories that no one else can match. Its games always felt like home to me.

More than that, I always believed this was a company that, deep down, had its heart in the right place. The bean counters may let greed take the wheel from time to time, but I firmly believed that there was still more good than bad within Blizzard.

Chris Metzen has always been a personal hero of mine. Have you ever seen him talk about the games he makes? He is 12-year-old boy trapped in the body of a grown man, and I mean that in all of the very best ways possible. He’s nothing but childlike joy and pure idealism. 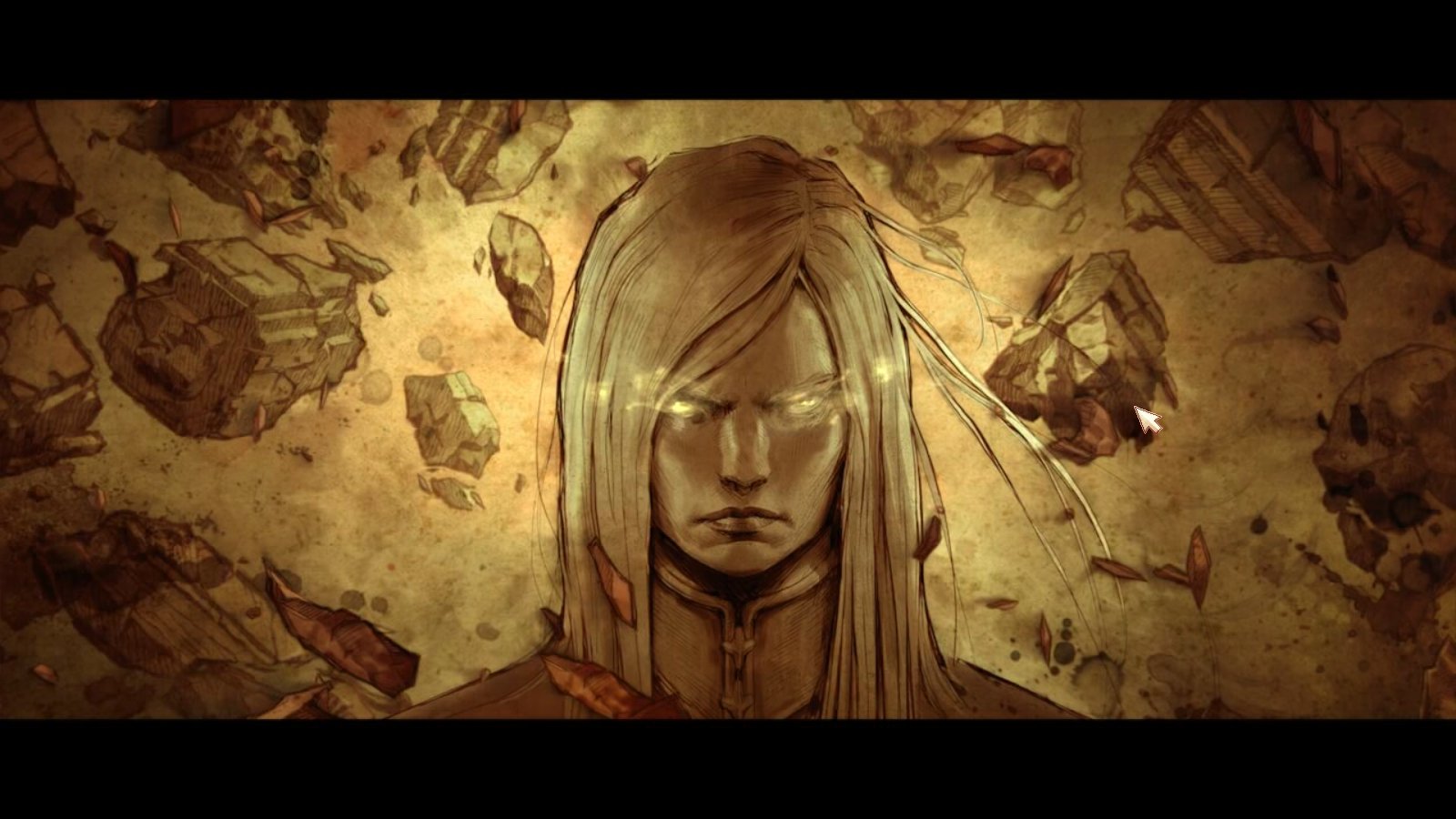 There’s Christie Golden to consider, too. She’s only been an official employee of Blizzard for a year or two, but she’s worked with the studio to produce tie-in fiction for about 20 years now. I’m Facebook friends with her, and I even hired her to do some writing coaching for me a few years back, and I can assure you she’s one of the sweetest and most fundamentally decent people you’ll ever meet.

And beyond all that, there’s the games themselves. Say what you will about Blizzard’s writing, but it’s always had clear messages. Warcraft III was about former enemies learning to forgive and work together. Legion‘s Suramar was about rehabilitating addicts by treating them with empathy and humanity. There’s always been an underlying theme of embracing the best within ourselves to fight back the darkness.

In particular, the theme of fighting to overthrow tyrannical governments has come up again and again. Suramar, Mists of Pandaria, Battle for Azeroth… The face of StarCraft is Jim Raynor, a character who spent most of the franchise fighting for freedom against oppressive regimes.

And now Blizzard has actively aided and abetted oppression by a real world dictatorship. When one of its players spoke up in favor of democracy, Blizzard helped silence his voice, at a time when democracy is under fire all over the world – all to protect business interests in mainland China, a country that makes up only a tiny fraction of its global revenue. It’s wrong, and it’s cowardly, and it goes against everything Blizzard is supposed to stand for.

Blizzard had an opportunity to make things right. If it had apologized and rolled back the bans, I would have been willing to forgive. I don’t want to be angry at it. I don’t want to write columns like this. I want to love that studio as I always have. But instead it just made a token effort at softening the punishment while doubling down on Blitzchung’s having been in the wrong by speaking up for basic human rights.

So I, a lifelong Blizzard fanatic, now feel like I must join the calls to boycott Blizzard for the sake of my own conscience. 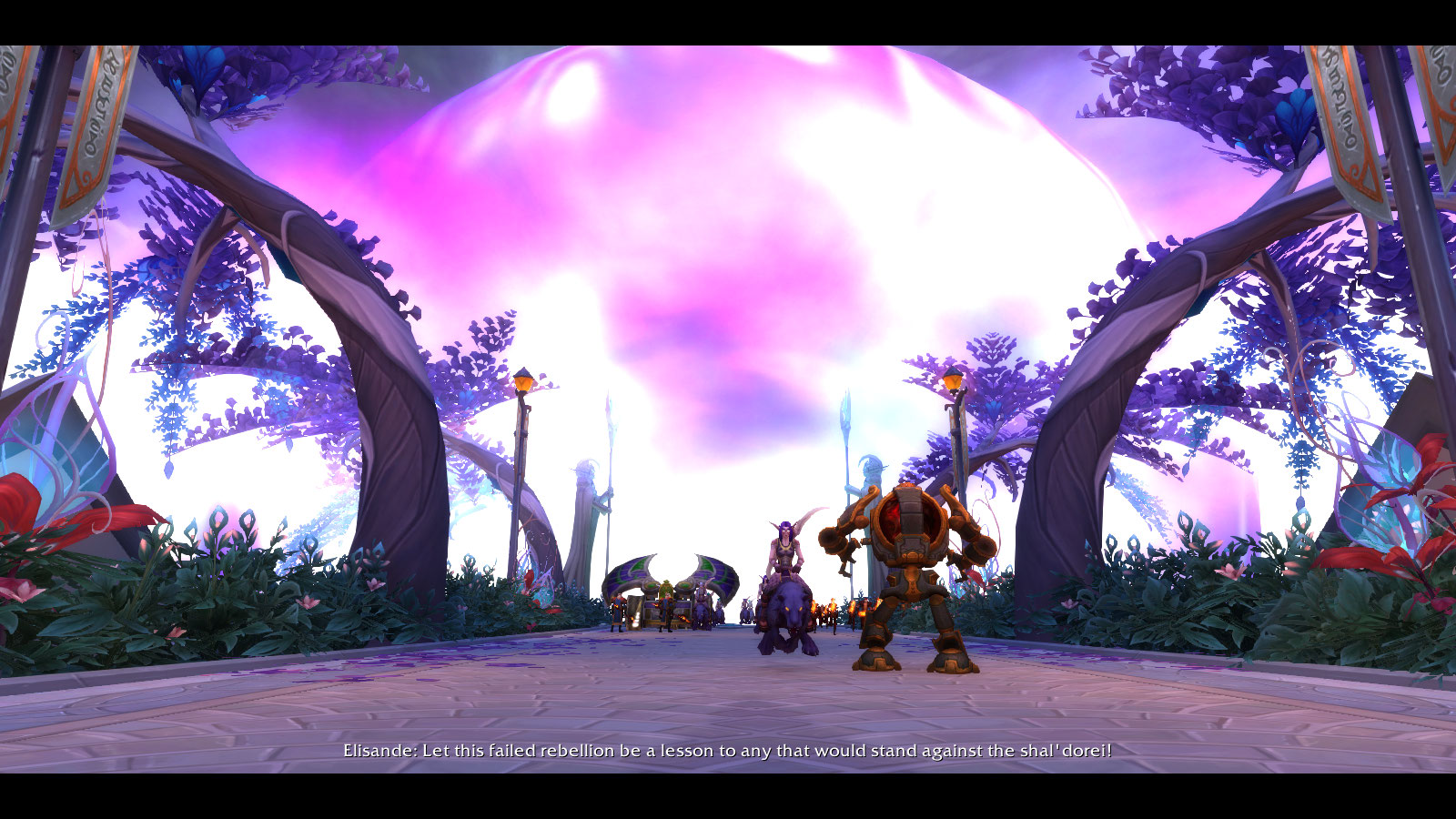 I always knew that there were bad elements in Blizzard along with the good. I’ve seen it be greedy and make bad decisions. But I always believed that wasn’t representative of the true spirit of the company. I always believed there was a core of goodness in its corporate culture.

What’s changed is now I realize it’s the other way around. I know there’s still good in Blizzard. We’ve seen it from the employee protests. I see it in people like Christie Golden. But now I see it’s become the minority. The corruption isn’t something peripheral; the rot goes to the core.

My plan right now is to continue playing the Blizzard games I have, but I’ll not give it any more of my money. I know I could do more, but that’s enough to assuage my guilty conscience, and it would be pretty heartbreaking to abandon the worlds it’s created entirely.

I admit it does help I’d been slowly moving away from Blizzard anyway. Since Chris Metzen left — and arguably even before then — I’ve seen a shift away from games that are about stories and world-building and more towards what will make a fast buck. It already felt as if the company was moving away from building the kind of games I initially fell in love with.

Moreover, many of Blizzard’s franchises have, in my view, reached natural conclusions anyway. Legacy of the Void wrapped up the story of the StarCraft franchise pretty conclusively, and I don’t really see the need to continue. Legion felt like a natural ending for the Warcraft franchise, and with Metzen’s departure, it’s been easy for me to rationalize anything that comes after as little more than glorified fan fiction.

Diablo hurts, though. That story is definitely not finished, and I was really hungry for more. But my need for closure on that one story is not worth compromising my principles for. 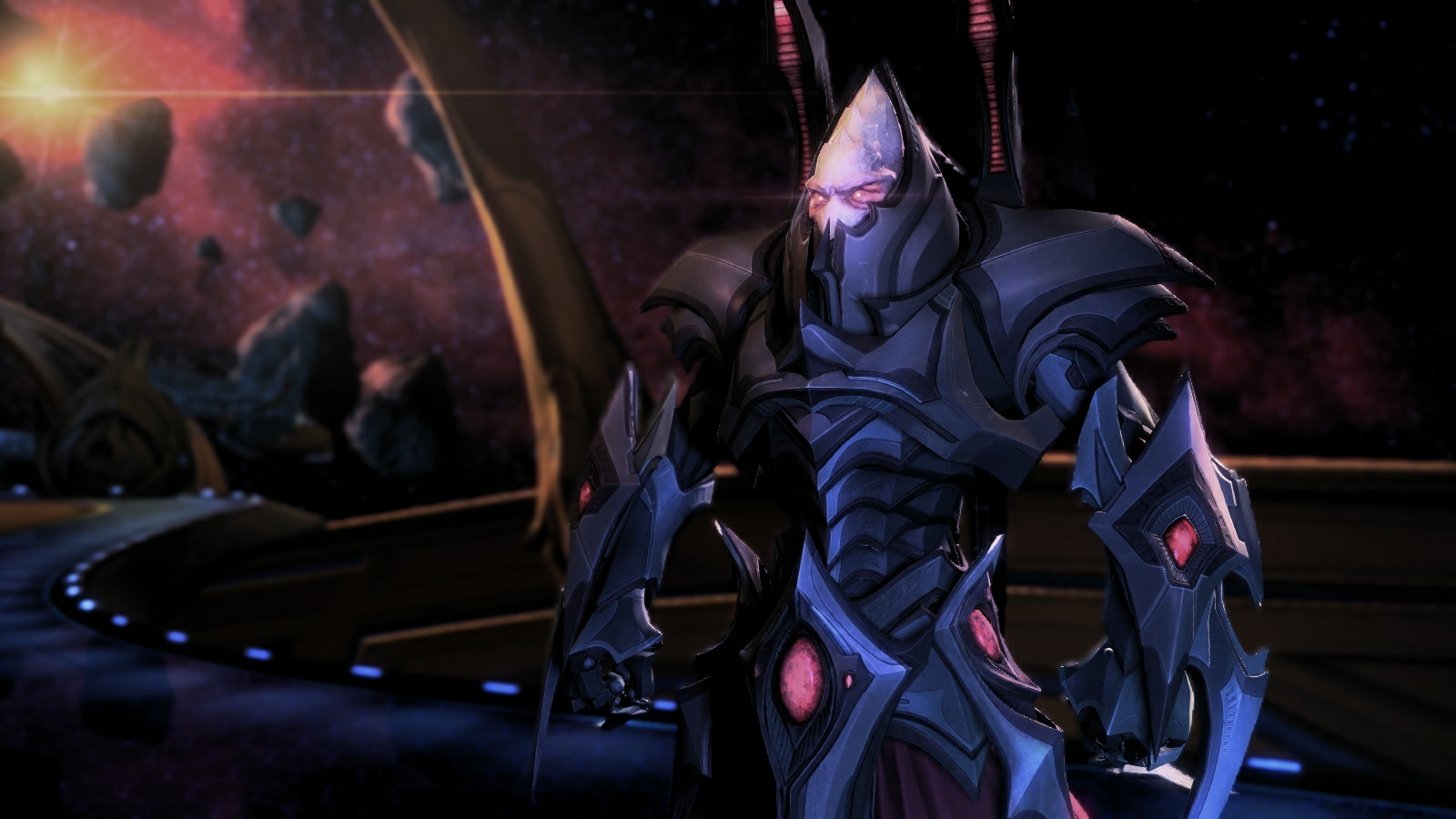 I am not generally in favor of hating on developers. When there’s a major controversy, I’m usually more likely to defend developers from the mob. I think most firestorms like this are overblown. Lockboxes, free to play, DRM… I don’t really care. Indeed, I think making such a big deal out of relatively minor issues like that makes it a lot harder for developers to take us seriously when we do speak out about more serious issues.

I am also not someone who generally believes in taking a stand when it comes to what games I play or support. I feel it’s self-defeating. I may be angry with Funcom for how it’s treated The Secret World, but I still want to play Moons of Madness. Refusing to play one game I like because the company didn’t fully support another game I like just feels like cutting off my nose to spite my face.

But this isn’t just another controversy of the week, and it’s not just another questionable decision by a developer. Censorship of voices like Blitzchung’s is how authoritarians maintain their power, and Blizzard actively and knowingly helped them to do it. This is now about far more than gaming. It’s an admittedly small but symbolically significant battlefield in the global fight to preserve liberty. And we all need to stand up and make our voices heard.

Because, in the immortal words of one James Eugene Raynor, “Some things are just worth fighting for.”

Perfect Ten: Why World of Warcraft is still worth playing