Even as the world continues to turn to and normalize gaming as a respectable hobby, there’s still a lingering stigma of playing online titles as a supremely nerdy thing. Whenever I sense this, I take weird comfort in seeing celebs aligning themselves with MMOs. Sure, sometimes it’s just a gig, but sometimes it’s because these celebs are just as geeky as the rest of us and excited to share their passion.

Today we’re going to look at 10 times that celebs bolstered the good name of MMOs, sometimes in weird ways. Maybe it’s when they agreed to be in a commercial promoting a title, maybe it was when they admitted that they like the loots and levels like the rest of us.

Many people knew Curt Schilling as an MLB world series-caliber pitcher, but fewer realized that the man was hot to trot for MMORPGs. Schilling was so passionate about these games, in fact, that he took his fortune — and then a chunk of Rhode Island’s coffers — and attempted to make his own MMO with Project Copernicus. Hey, whatever happened with that game, anyway? Oh. Oh no.

Speaking of athletes, WWE’s Ronda “Rowdy” Rousey is an avid World of Warcraft player. In fact, she was so outspoken of her love for the game that she secured a place in it as a Human Monk in the Legion expansion. Blizzard then managed to get her to be part of the 15th anniversary video this past fall. If anyone had a problem with that, they did not bring it to Rousey’s face. 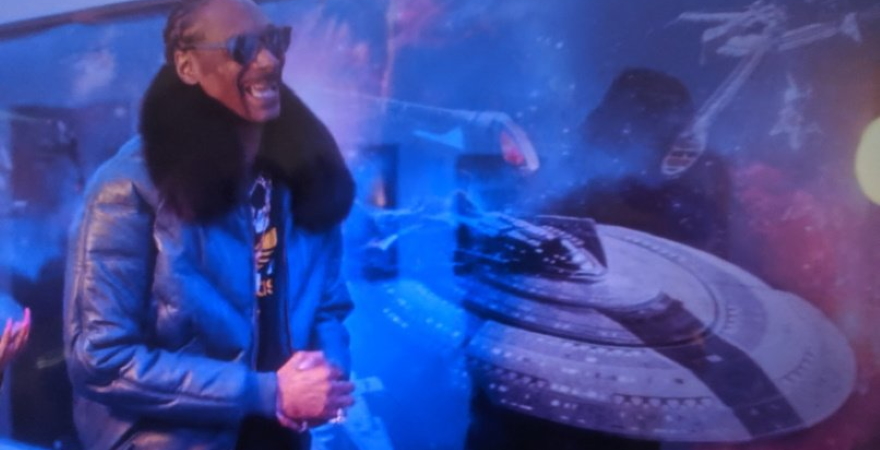 Rapper-slash-cannabis consumer Snoop Dog apparently has a soft side for online games. He not only came out in full support of the survival title S.O.S., but he’s got a massive mural from Star Trek Online in his home. We are heading where no one has toked before.

He’s not just Hodor from Game of Thrones; Kristian Nairn is also a professional DJ and a pretty passionate gamer. Back in 2016, Blizzard booked him to play the party at BlizzCon, and Nairn said yes because he loved World of Warcraft so much. Fun fact: He also appeared on one of our podcast episodes a while back on Old Massively!

It was one of Massively OP’s weirdest stories of 2016: Martial artist/actor/sometimes cop Steven Seagal started shilling for World of Warships, of all things. Maybe because he was in Under Siege way back when? That was a pretty decent Die Hard rip-off, although about half of the fun was watching Tommy Lee Jones go nuts.

In 2012, Blizzard sliced off some of its mountain of World of Warcraft money and threw it into a series of short but funny commercials starring a whole bunch of meme-worthy celebrities gushing about the game in a tongue-in-cheek fashion. It was… actually pretty good stuff.

Wherever there is a Megan Fox, there will be a souped-up sports car screaming down a desert highway. Also, apparently, there will be a portal into Black Desert, as evidenced by her commercial last fall for the PlayStation 4 version of the game. Why Fox? Apparently, she’s a big fan of the game and the studio wasn’t going to turn down an opportunity to leverage that love into promotion.

It’s one thing to play an MMO and perhaps admit in an interview that you kind of like those online games. It’s another thing to slather yourself with green makeup and full cosplay gear and then strut the red carpet for a Warcraft movie with your equally decked-out son. But that’s just what Jamie Lee Curtis did, all because she’s kind of into the WoW thing.

Like several other celebs on this list, comedian and actor Robin Williams was an outspoken fan of World of Warcraft. Following his death in 2014, Blizzard decided that it would be most appropriate to create an in-game tribute to Williams by referencing one of his most famous characters: the Genie from Disney’s Aladdin. This went live with the Warlords of Draenor expansion, and you can still visit his “itty bitty living space” to this day.

Henry Cavill is a fan of WoW, and was pretty hyped for Classic. Felicia Day and Mila Kunis were both openly into the game as well, to the extent they had to work to cut back the amount of time they spent in game.

You left out Wil Wheaton when he provided the Dungeon Master narration for Dungeons and Dragons Online’s Temple of Elemental Evil classic module.

…that’s Steven “I was on the Missouri” Seagal to you! o.O

Fantasy author Mercedes Lackey was (is?) a CoH fan and pretty vocal in the campaign to avoid its sunset.

I remember when SWG was live and we used to see a character named Jessica Simpson occasionally dancing all over the floor in Mos Eisley Cantina. It was common to see characters named with popular pop star’s names of the time.

Jessica Simpson did a live interview and said that she enjoyed playing SWG, that she named her character after herself. And you know, I had a good laugh over that. Of course, that launched a bevy of pretenders and soon the cantina was filled with every spelling variation of Jessica’s name under the sun.

When I see a celeb in a commercial for a game, I just roll my eyes, because they’re probably doing it for a paycheck, not because they like the game or even know anything about it.

But, guys like Vin Diesel and Henry Cavill gush about their favorite games (even when they’re not being paid), they’re huge geeks that also happen to be famous celebs.

Those WoW ads make me miss the older days of WoW. Too bad Classic just isn’t the same. The whole ‘gearscore’ and wannabe-elitist junk that surged in WotLK is rife in Classic.

Those Wow ads were pretty funny.