Star Trek Online is a hard game to get into. When I first tried it early in my MMO career, I hated it and barely lasted a few hours. A few years later, I gave it another shot with a more open mind, and that plus positive changes to the game left with me a better impression, but I still wandered away before too long.

END_OF_DOCUMENT_TOKEN_TO_BE_REPLACED
Now, the hype for the upcoming Picard series has me craving a Trek fix, and it’s convinced me to give STO one more shot. By now it’s a fairly venerable game, so it naturally raises a key question: Is Star Trek Online worth playing in 2020?

The MMO has not changed radically since I last played, at least from the perspective of someone who only casually dipped into it. It still has that characteristic Cryptic jank I talked about in my Magic: Legends piece earlier this week. Everything in this game is rough.

In STO, the worst thing is how incredibly over-complicated its game systems are. It’s not so much the game systems themselves that are the problem — taken on their own, most of them are functional systems — but there’s just so many of them, and it feels as if each was designed in a vacuum, with no knowledge of the rest of the game.

How bad is it? Star Trek Online has no less than three completely unrelated AFK mission systems.

That’s just scratching the surface. STO has about two or three different systems for just about everything. Want your ship to move faster? You can divert power to engines or use a movement speed buff like Evasive Maneuvers or go to full impulse. 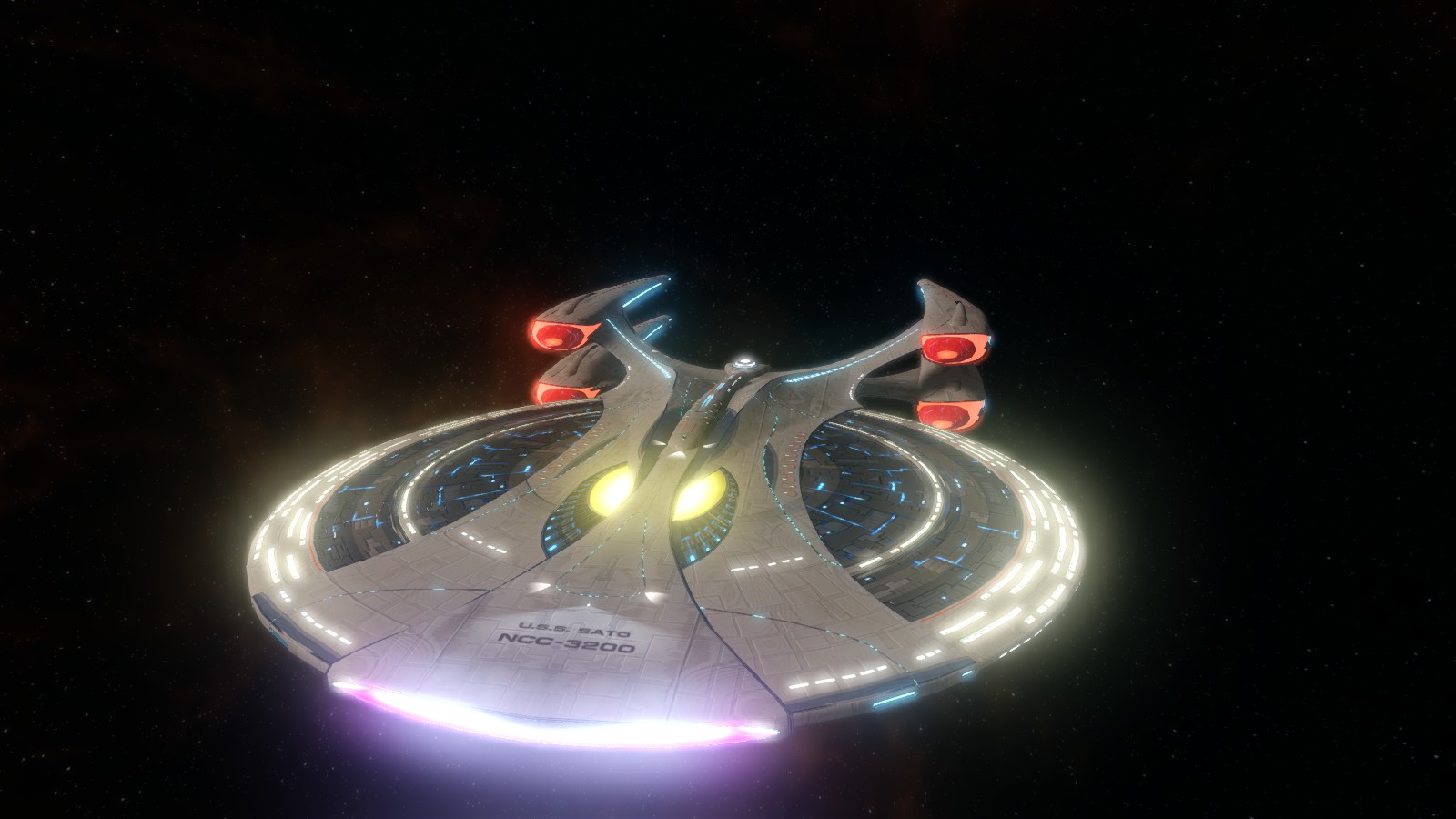 And then there’s the bugs. Oh, boy, the bugs. There’s so many to choose from. They range from the pedestrian, like rubber-banding, to more exotic flavors. My favorite is how the game keeps going back and forth between the default keybindings and the custom ones I’ve set up. I swear it’s even changed between the two mid-mission once. Every log-in is a new adventure. What will my keybinds be today? Who knows!

There are other inconsistencies, too, like an extreme degree of imbalance in faction content. The Romulans get a huge amount of coherent story-content that will take you to level cap, at which point the game opens up more. Meanwhile the Federation and Klingons have much less story that’s unique to them, and they bombard you with the breadcrumb missions for every story arc in the game as soon as you leave the tutorial. Even with an in-game guide that quite helpfully informs you of the proper order of things, it’s a bit overwhelming.

Mind you, I’m a Romulan man through and through, so I’m not going to complain too hard that their faction is so heavily favored, but this isn’t exactly a stellar example of game design.

Some of this is the inevitable level of messiness that’s eventually going to afflict any long-running MMO, but some of it is just mismanagement. I know pruning games gets a bad rap, and it absolutely can go too far, but Star Trek Online is a very strong argument for why it is sometimes necessary. This game needs some streamlining. 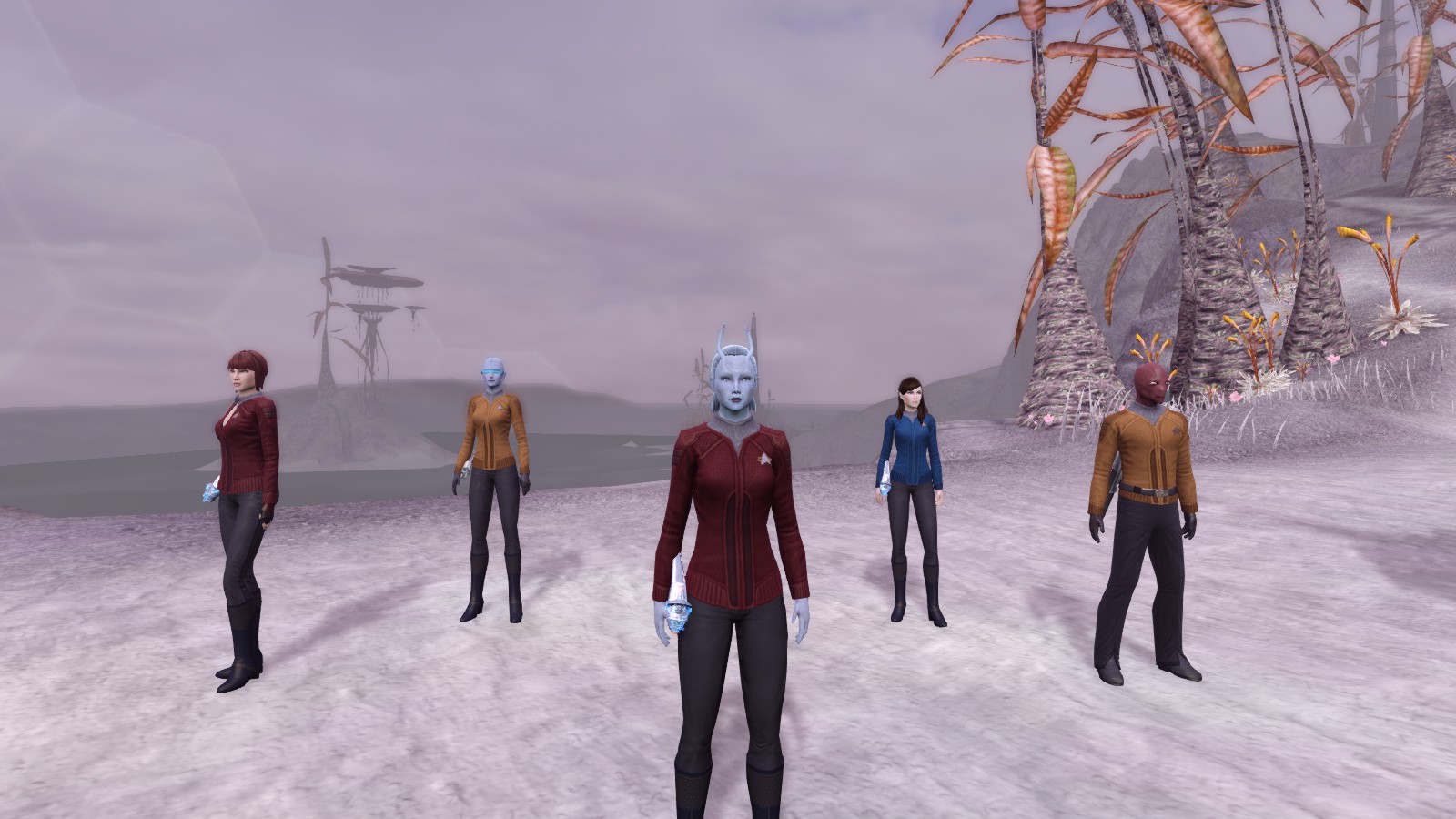 I’ve been playing STO for a few weeks now, and I have to say I have mostly enjoyed the experience. For all of its many faults, this game does have one thing going for it: It was clearly made by people who genuinely love Star Trek. In almost every way, Star Trek Online embodies the look and feel of Trek.

The ground combat manages to feel both too shallow and too complex at the same time, but the space combat looks and feels exactly like how piloting the massive ships of the Trek universe should. It’s a stately dance like that of ships at sea, and if you turned off your UI during one of the big battles, you’d think you were watching one of the TV shows.

The story-telling is sometimes a bit hit and miss, but then again the same could be said for the source material, so it’s hard to say that’s not also part of the authentic Trek experience. Put it this way: If STO was a TV series, I would rank it near the middle or perhaps even a little above average as a Star Trek show goes. It’s definitely not as good as, say, The Next Generation, but it’s definitely better than Voyager and at least as good as Discovery.

The best thing about it is how effectively STO is able to weave together elements of every single incarnation of Star Trek into a (mostly) coherent narrative. As someone who loves Enterprise in general and the episode “Silent Enemy” in particular, I especially loved how much the Romulan story draws from Enterprise and fleshes out the Elachi as a culture. I’m not quite prepared to say that I want all of STO‘s story made canon (yet…), but I would definitely be happy to see the Elachi lore canonized.

I would like to see STO make more of an effort toward the kind of morality play story-telling that Star Trek has always tried to achieve, but it’s not entirely absent even as is.

I think the high watermark of the game for me so far was an arc dealing with some Reman separatists. Depending on your perspective, they could be convincingly argued to be either heroic freedom fighters or brutal terrorists, and it felt so much like what Star Trek should be at its best. 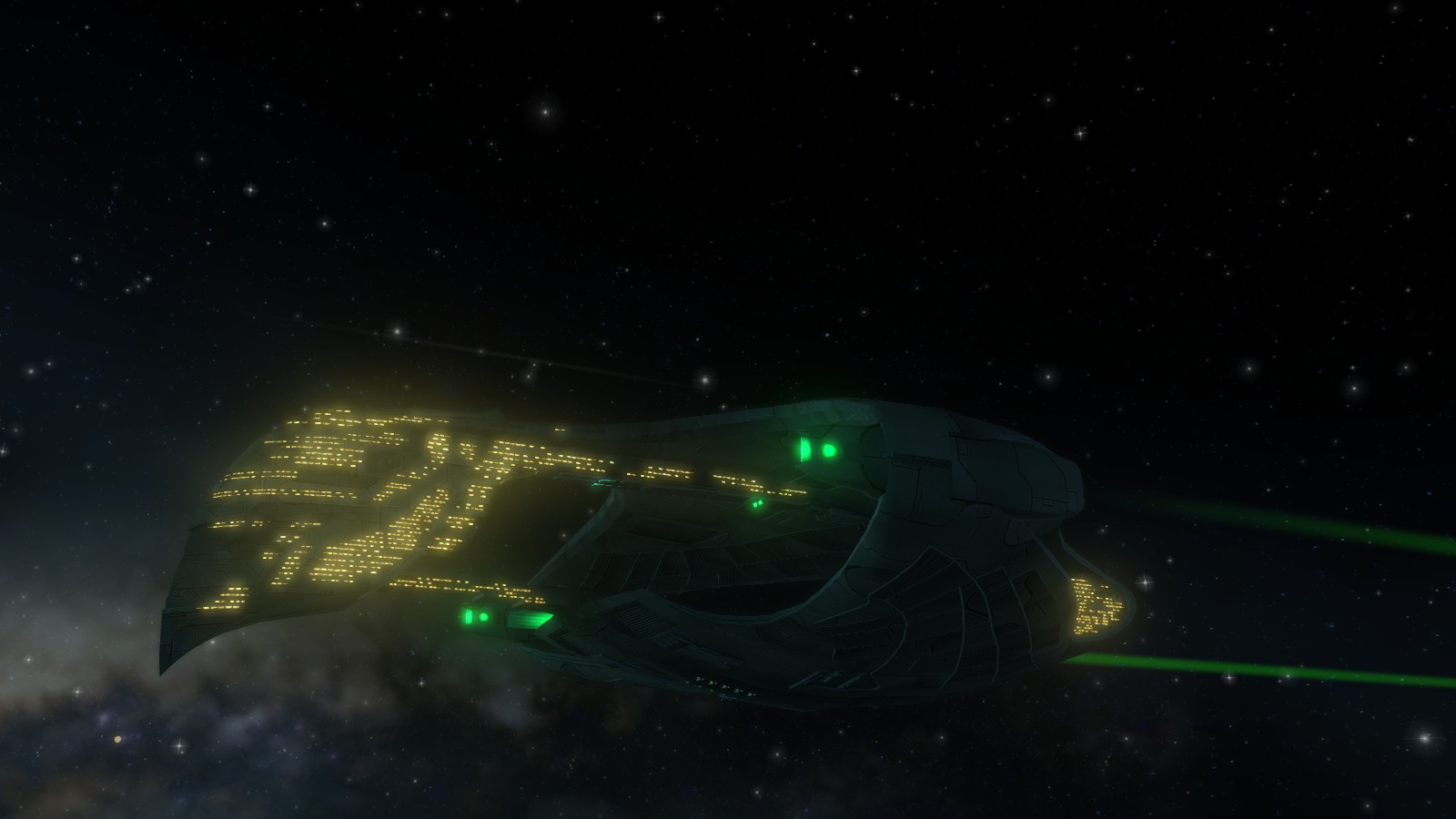 So is Star Trek Online worth playing in 2020? That depends on who you are. If you’re a serious Trekkie who wants to geek out over going to familiar places and meeting familiar characters as part of a narrative that draws from all aspects of Star Trek lore? Yes, I’d say it is.

If you don’t have that investment in the source material, probably not. STO has some things going for it as a video game, and it’s certainly unique in the MMO space, but it has too many basis quality issues for it to be a game I’d recommend to someone who’s never watched an episode of Star Trek.