Helping to bring the Pokemon main-series games closer into the MMO realm, Pokemon Sword and Shield‘s new expansion, The Crown Tundra, introduced Dynamax Adventures, a kind of simplified dungeon experience. As we previously mentioned, in this content you’re sent in groups of up to 4 players with rental pokemon, not your own team, sadly. The in-game reason is basically because there’s a kind of “madness” you want to avoid, but this particular kind of multiplayer is something The Pokemon Company has been struggling with. While the execution isn’t my favorite, it feels both fair and accessible.

Once you’ve got your teammates ready, each person will take turns choosing a rental pokemon. You have about 15 seconds to choose the pokemon, and hopefully you know all the pokemon, abilities, and moves well because that’s really not a lot of time to decide. You have three random options; when one is picked, it’s replaced with a new option. A few tips on choosing: Grass types grants a small group-wide heal after using a Dynamax attack. Toxic can really help speed up DPS, though Will-o-Wisp and other burn-moves reduce the enemy’s physical damage output and do a little extra damage. Finally, try to avoid picking the same pokemon type as the rest of the group. If everyone’s weak to grass types, and the enemy pokemon has a grass type move, your dungeon adventure may end much faster than you expected.

You then select which path you want the party to move in the dungeon. While the game mentions the type, you can put your “Who’s that Pokemon?” skills to use and figure out who’s the boss you’ll fight if you pick that option. You can also have other events, like bumping into a scientist that will randomly let you rent a different pokemon without revealing it or its stats. There seems to be a secret vote and then the game decides which way the party will move based on that, and then you’ll get to battle that pokemon.

After the battle, one person can switch her pokemon to the newly caught pokemon, but only if she caught it herself. If more than one person wants to do this, it seems the game will randomly select one person who can make this switch. The next battle won’t freshen up your team: Any damage taken or PP lost from moves, even deaths carry over. Once again, four deaths mean game over and you’re kicked out of the dungeon, though you are still able to choose one captured Pokemon to claim. Don’t worry, as these pokemon don’t put up shields.

That being said, you can still have a rough time. Sometimes a group member’s pokemon is nearly dead and someone, for whatever reason, decides to switch his pokemon out too, forcing the group to go into the next encounter with at least one death happening almost immediately. Some people dynamax without considering how another player’s Pokemon may need more defense or has access to an ability your group really needs. In this way, Dynamax adventures can be an MMO player’s nightmare: a mechanically simple encounter where you aren’t even given the chance to communicate with your follower puggers. That’s right, there’s no chat system. Not even pre-selected options.

Win or lose, at the end, you can choose to keep any one Pokemon you caught during your adventure. You also can revisit a legendary Pokemon you failed on, but you can catch each legendary only one time.

While I’ve only done a few runs so far (and experienced both skillful successive wins and embarrassingly dumb defeats), I’m enjoying this feature for a few reasons. For one, it brings a new and real challenge, but it’s also cooperative multiplayer in a main series Pokemon game. Even though I have a competitive side, I felt as if even as a child I could recognize how the PvP core of the games’ multiplayer was more harmful than helpful. I had lots of friends who enjoyed the game but didn’t want to fight against they, just play with us. This really helps move the series in the right direction, in my humble opinion.

However, in order to better balance encounters, Nintendo put in some major restrictions by not giving us our pokemon. Between levels, god-tier pokemon, and some killer combos, I can imagine veteran players easily steam rolling this content if they could tackle Dynamax adventures anyway they want.

And even though I like a challenge, the restriction to only use rental pokemon is a pretty big downer, as the core of the series has always been the bond you build with your Pokemon. It’s why the PvP can be so painful for some people: The hours, days, sometimes months or years people invest in their monsters, really cuts if they get easily trounced. Being able to use my ‘mon to help others was something I remember vaguely dreaming about in middle school, and pouncing on when Pokemon Go’s raids made it a reality. Tying that back into the main series has been a smart move on The Pokemon Company’s part.

As a team player and series fan, I’d built not only support-oriented pokemon for myself, but also my friend before she went inactive. We were hoping for bigger challenges. It’s nice to get those challenges, and it’s nice to stretch some of our other pokemon-related skills, but it would be even better if it were with my own monsters. Heck, I’d even be OK if the game let us keep a roster of the rentals to name so it at least felt a little like we had our own team. 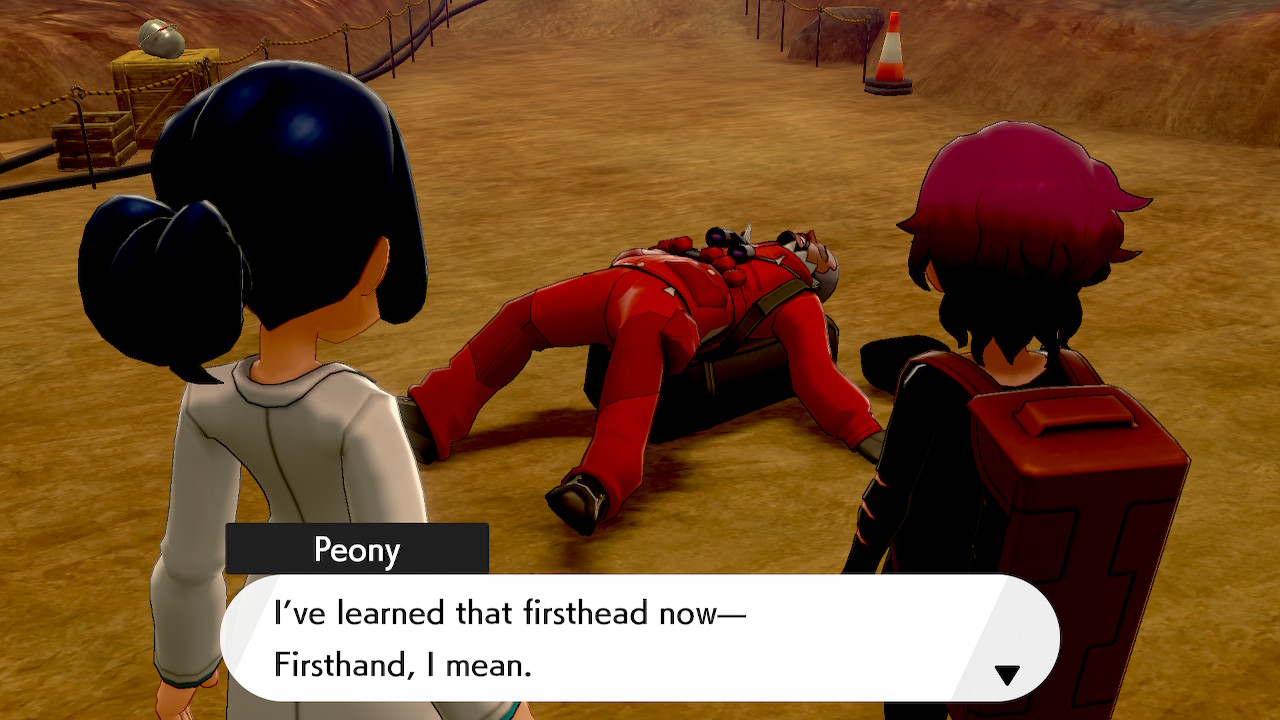 If this is the last expansion, and an MMO player wanted to know if Sword and Shield would finally scratch that MMO-itch, I’d sadly have to tell her no. Single battle Dynamax encounters are pretty easy for the most part, and Dynamax adventures are very simplistic dungeons that probably would have felt more innovative in 2003 or sooner.

For a more casual gamer who wants some multiplayer, I feel it’s easier to recommend the new games and their expansions. Collecting and battling are fun, and Dynamax adventures do present a fun challenge that also have enjoyable rewards. The base game is fine, but the expansions turn things up to 11. The ability for your pokemon to follow behind you cannot be ignored: The immersion and fun it brings into the pokemon world is immeasurable, and my hope is that this will finally become a main series staple. Moving in 3-D in an open field is great, and makes the game feel more cinematic, but you really do need your poke-pals following you. 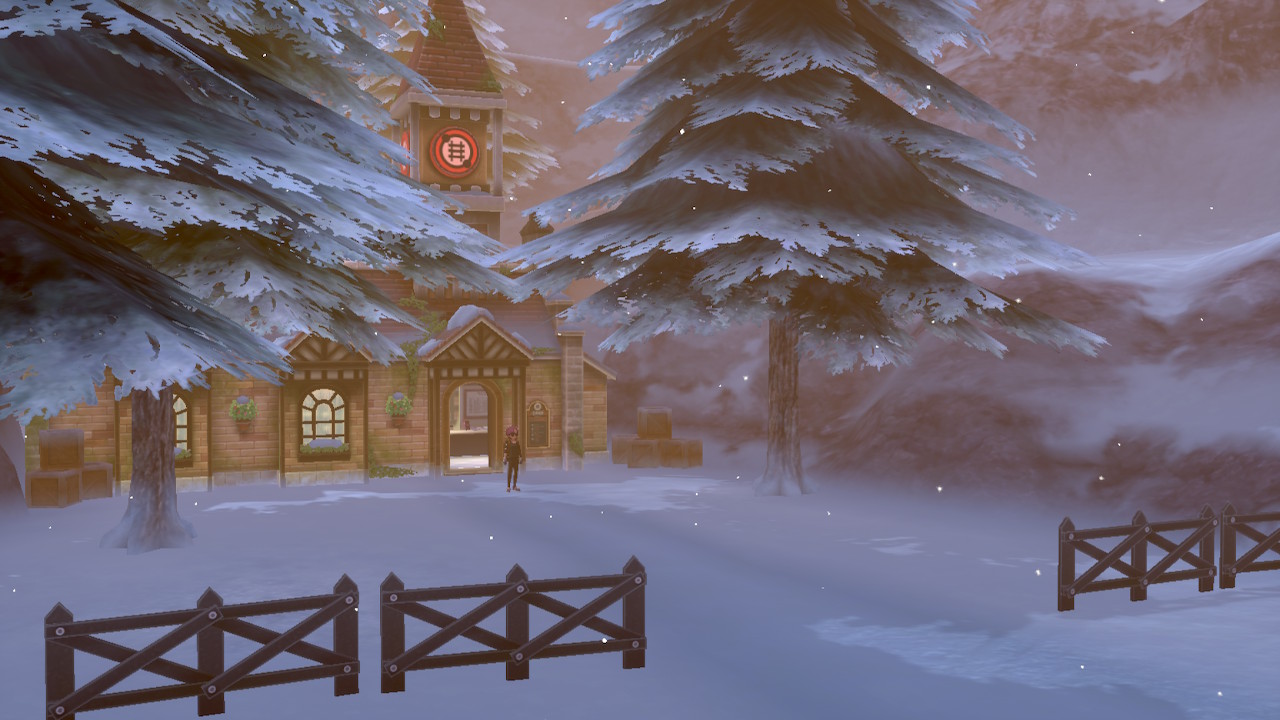 For fans and potential fans, I honestly feel like this is the best Pokemon experience to date, outside of Pokemon Go to a certain extent. The cross-over with POGO has already been nice. Two of my staple pokemon were imported from it, and both have been among my favorites for two decades now. My roster has some that are eight years old, thanks to Pokemon Home allowing me to bring my battle-hardened vets from previous games. Bringing my digital minions from other games from years ago into battles with other people in a new game doesn’t happen often, but it’s fun when it does.

As a game, Sword and Shield honestly could have been better. It could have been more complex, more difficult, better balanced. But that’s been traded for accessibility in terms of age and player skill, and it’s bolstered by not just nostalgia but by literally letting you build on your progress from previous games. As the expansion finally allows you to change everything about your pokemon now – not just the hidden bonuses and personalities, but also abilities – the pokemon we are attached to can now be the absolute best, if we really work on it. It makes this feel like not just one of the most accessible Pokemon games, but one of the most accessible online multiplayer games. We just sadly can’t bring these hard-earned and customized Pokemon with us into dungeons for a real challenge, but hey, maybe in a few years, even that will change.