The devs behind the afro-fantasy MMORPG The Wagadu Chronicles continue to be hard at work putting things together, and the latest Kickstarter update post is showcasing some of that work. First off, there’s a whole lot of artwork as the devs take their research of the savanna and apply it to in-game concepts. There’s also a look at continuing creation of the game’s spirits, specifically their attitudes and reactions.

The update post also shows off some UI work, with a look at chat bubbles in action and a UI window that helps players create their characters with some naming convention details and name generation. Finally, there’s a look at some work being done regarding ceremonies as the devs have started diving into a variety of books to “cement [their] understanding of [their] source of inspiration and form the basis of the lore surrounding this topic” via research. Players can expect ceremonies to be both in the MMO and the tabletop version of Wagadu. 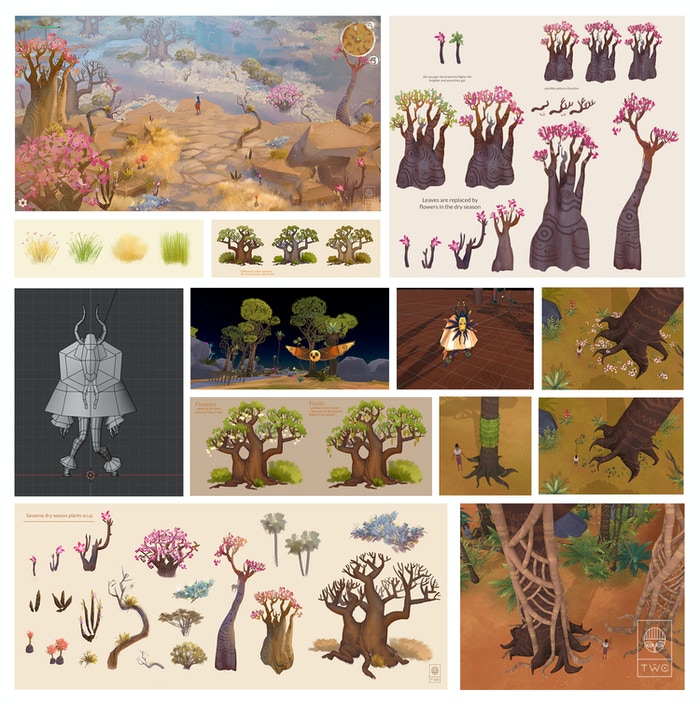