Last week was a bloodbath. In a single day, we saw Electronic Arts consign one game to eternal maintenance mode, and Gamigo announced closures for not one, not two, but three different MMOs.

Of course, two of these doomed games — Anthem and Defiance — are near and dear to myself and the Not So Massively column. I’d like to take this moment to remember these fallen shooters and mourn their loss.

Of all these losses, Anthem is easily the one that hits hardest for me personally. I’ve been a fan from the start. It has a great setting, endearing characters, and some incredibly fun gameplay.

Seriously, Anthem has all but ruined me for other shooters. Whenever I play one now, I’m like, “Well, this is good, but Anthem is better.” The combination of crazy powerful abilities and quick cooldowns makes combat thrilling and empowering in a way few games have equaled, to say nothing of the joy of flight.

Aside from being a game that I had a lot of love for as a player, Anthem is also personally significant for me as a writer. A lot of my early Not So Massively columns dealt with it. In fact, when I first applied for the NSM position, I mentioned a strong interest in Anthem as part of my pitch. I don’t know if it actually factored into Bree’s decision to hire me, but part of me has always felt that Anthem was at least in part responsible for my landing this job.

Of course it isn’t without issues. The game world is too small and samey, the main story focused on easily the least interesting part of the lore, the tech side of the game can be unstable, and it could have used a broader endgame on launch.

But none of those needed to be fatal flaws. I’ve played far more successful games with far deeper issues. All that could have been fixed with time. Indeed, Anthem quickly saw many positive changes to address quality of life issues and make loot more rewarding.

What few content updates it got post-launch were very promising, as well. Cataclysm was a lot of fun, and the new direction of the story seemed extremely promising. With Icetide, they reskinned the entire game world to reflect the seasons, something I’m not sure has ever been done by another game of Anthem‘s scale. That really should have earned more recognition than it did. 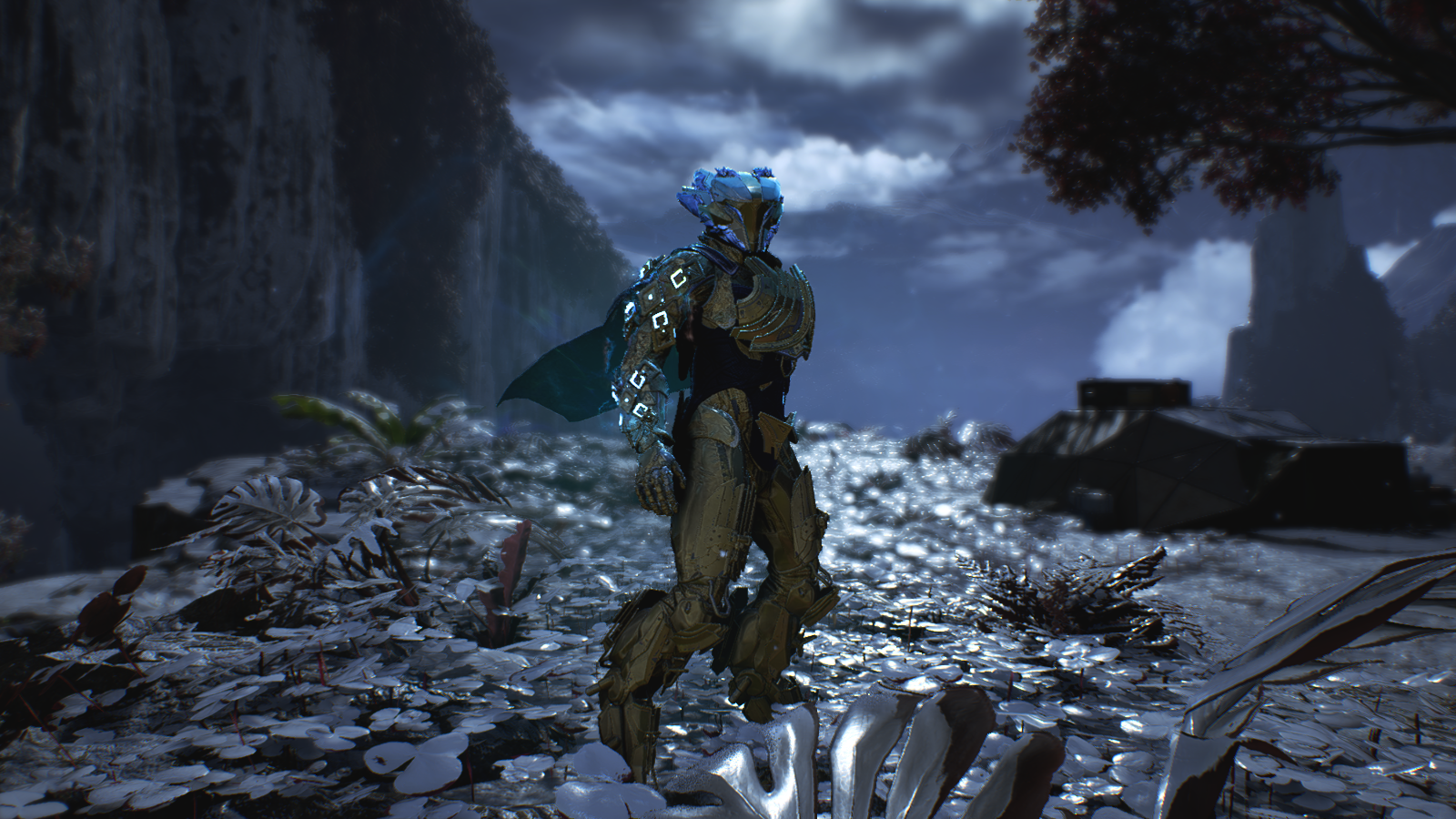 The trouble is once again the community went into a triple-A release with sky-high expectations and immediately turned on the game at the first sign of trouble. Anthem had loads of potential and every chance of growing into something truly great, but the “dead game” meme had already hijacked the narrative, and the community refused to give it an honest chance.

That’s not to say that BioWare and EA are blameless. It’s clear there was significant mismanagement behind the scenes, and we can also cast blame on a corporate culture that cares only about making a fast buck rather than investing long-term in virtual worlds and online communities.

There’s a difference between a game with some issues and a total dud. Anthem was the former, but it got treated like the latter. It deserved better, from everyone.

At least we can take some comfort in the fact that — for now, at least — Anthem remains playable, even if it has been put into permanent maintenance mode. How long that lasts is anyone’s guess, but at least for now, we can still enjoy it, such as it is.

The news of Defiance‘s impending closure is less disappointing, or at least less surprising. The game’s been on life support for a very long time now, and frankly Trion and Gamigo deserve kudos for keeping it around as long as they did. 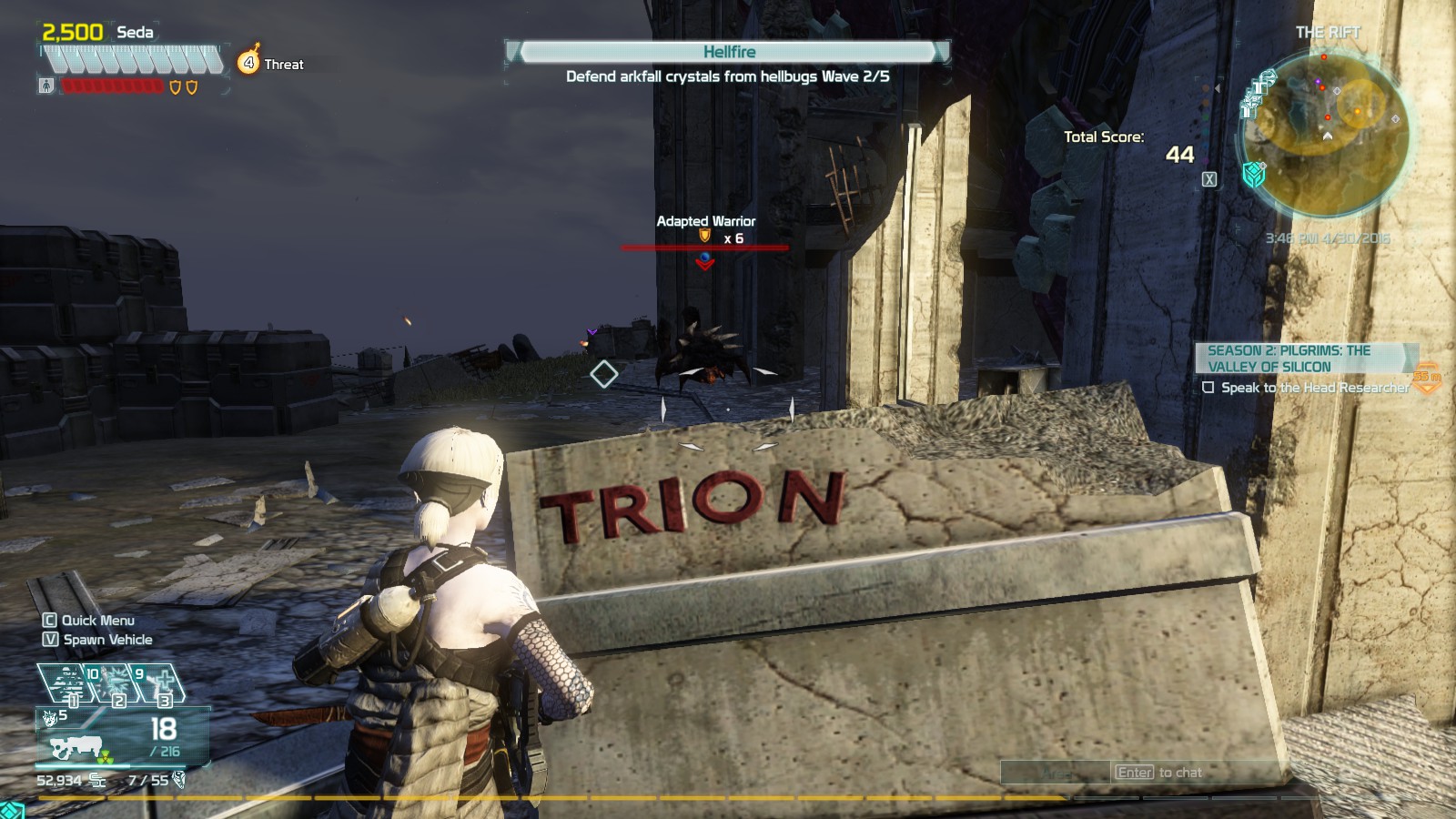 That’s not to say that this isn’t sad news. It’s just sad news that we’ve known was coming for a very long time.

Unlike Anthem, Defiance was quite fundamentally flawed from the start. I’ve already analyzed its failings in detail in a previous column, but in short, its “transmedia synergy” failed to fully deliver, it was much too grindy, and it simply never fulfilled the potential inherent in the setting.

Despite all that, it still managed to provide some decent entertainment value. Arkfalls were exciting, and the story was good in a pulpy sort of way. With its (mostly) seamless world and large scale battles, it was also arguably the most MMO-ish of all the looter shooters. It just didn’t have the depth to achieve any real longevity. It wasn’t worth staying around once you’d finished the main story.

I think the main problem is that the original developer, Trion, just didn’t have the resources to do justice to the setting, and upon acquiring Trion, Gamigo didn’t do much to rectify that. If you watched the show and delved into the lore, you know the New Frontier is a lot more than just another post-apocalyptic sci-fi setting, but you could be forgiven for not realizing that whilst shooting your four hundredth mutant in a bombed out building that looks like every other bombed out building in the game.

As I said in my last column, it’s not so much Defiance the game I mourn as it is Defiance the setting. Whatever flaws the game and show may have had, it was a rich setting with fresh ideas and fascinating cultures, and I wish we could have explored it more deeply.

At the least, I’ll always have fond memories of cruising between Arkfalls with EGO chirping happily in my ear.