It may have taken a while, but the Cataclysm has at last come to Anthem. A rogue Dominion team is trying to control the Anthem to reshape reality, and it of course falls to us Freelancers to stop the world as we know it from being overwritten.

Let me first deal with the elephant in the room: Yes, it took too long for Cataclysm to launch. It’s been almost half a year since Anthem released; it should not have taken this long for a major content update.

The unfortunate thing about the wait time is that it places a level of expectation on Cataclysm that I don’t think it can really live up to. I’m mostly pretty happy with Cataclysm, as I will get into in this column, but as I said a few weeks ago, I’m not sure it’s going to be adequate to turn things around for people who aren’t satisfied with the current state of the game. But let’s not allow that to make us lose perspective. Taken on its own merits, Cataclysm is a pretty strong update.

Based on the previews, I had worried this would be a very story-light update, but I’m pleased to say this is not the case. Before delving into the new Echoes of Reality zone that is the heart of the update, I should note that there are several meaty new story missions setting things up.

Fair warning if you want to come into this fresh: While I won’t be sharing any detailed spoilers, I will be talking about my general impressions of the new story and the kinds of revelations it brings. 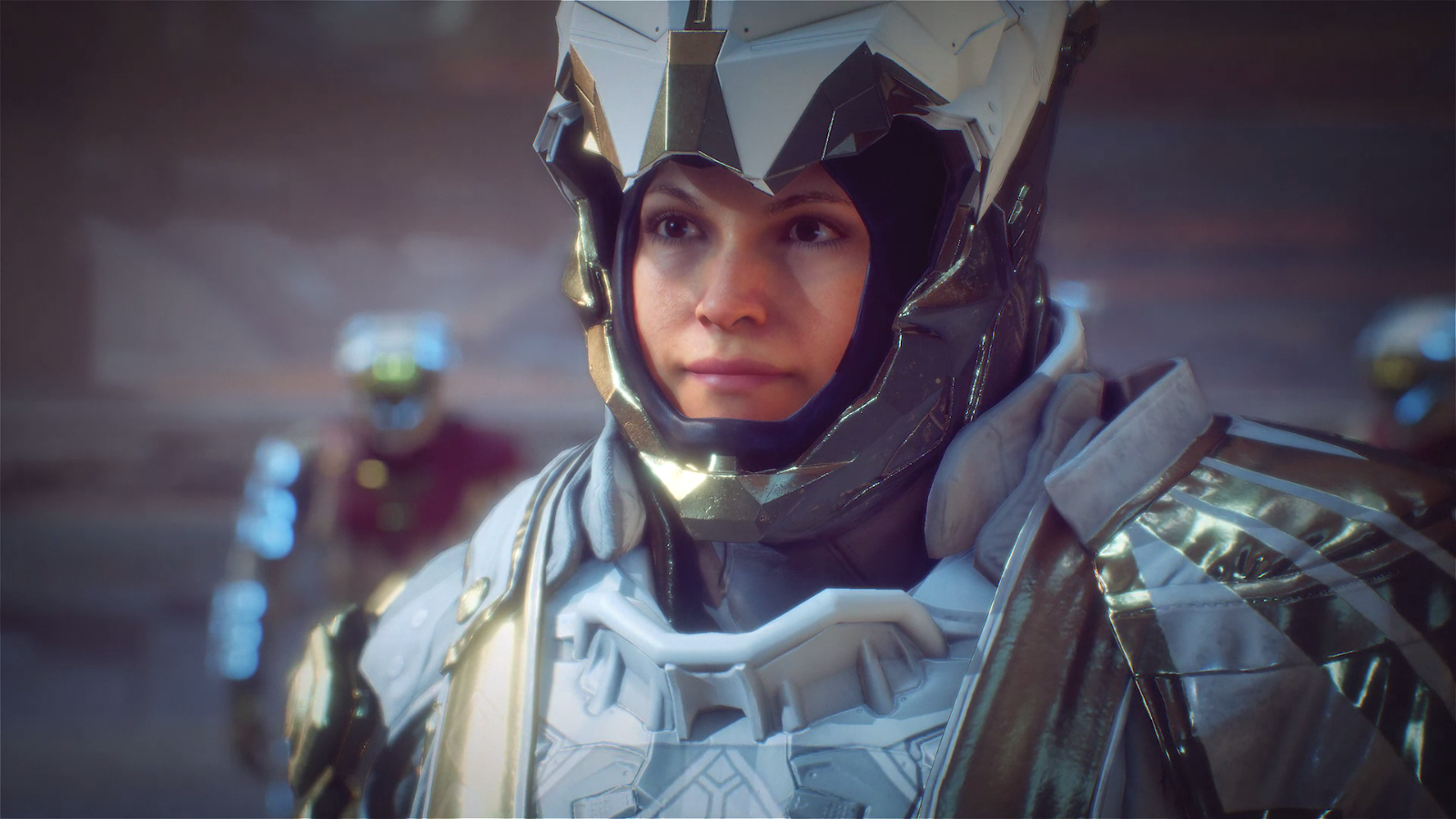 On paper, the premise of the new story feels like a retread of the base game’s main story, and all in all I would have preferred something more original, but there are enough things that are different this time to keep it from feeling totally repetitive, and it does raise some interesting possibilities for the future storyline.

Honestly, the most significant thing about this story is just one line. It’s a “blink and you’ll miss it” moment, but it’s a huge bombshell for the story, and it totally changes our perspective of why the Dominion are doing what they’re doing. They’re still the bad guys, but it’s now clear that their efforts to control the Anthem are about more than attaining power for the sake of power.

It’s a very robust experience, too. There are not only new missions and cutscenes but also new conversations, mail, and codex entries. Pretty much the whole cast is back in some form or another. It feels as if the developers just continued the base story without skipping a beat.

But of course the main attraction is Echoes of Reality, a large map where players race to complete events before beating a time limit. It’s fun. I like it. The new map is quite large and fairly pretty. It’s a bit hard to say much more than that; it’s not really that different from the content we’ve experienced before in Anthem, but that’s kind of par for the course with a game like this. It’s a shooter. You’re always going to spend most of your time shooting things.

The events in Echoes of Reality are a bit more involved than those in conventional freeplay. Some feature some relatively complex puzzles, which can be a bit of a double-edged sword. It helps lessen the feeling of repetitiveness, but they do require a fair degree of coordination, and that can be hard to find when you’re in a PUG. 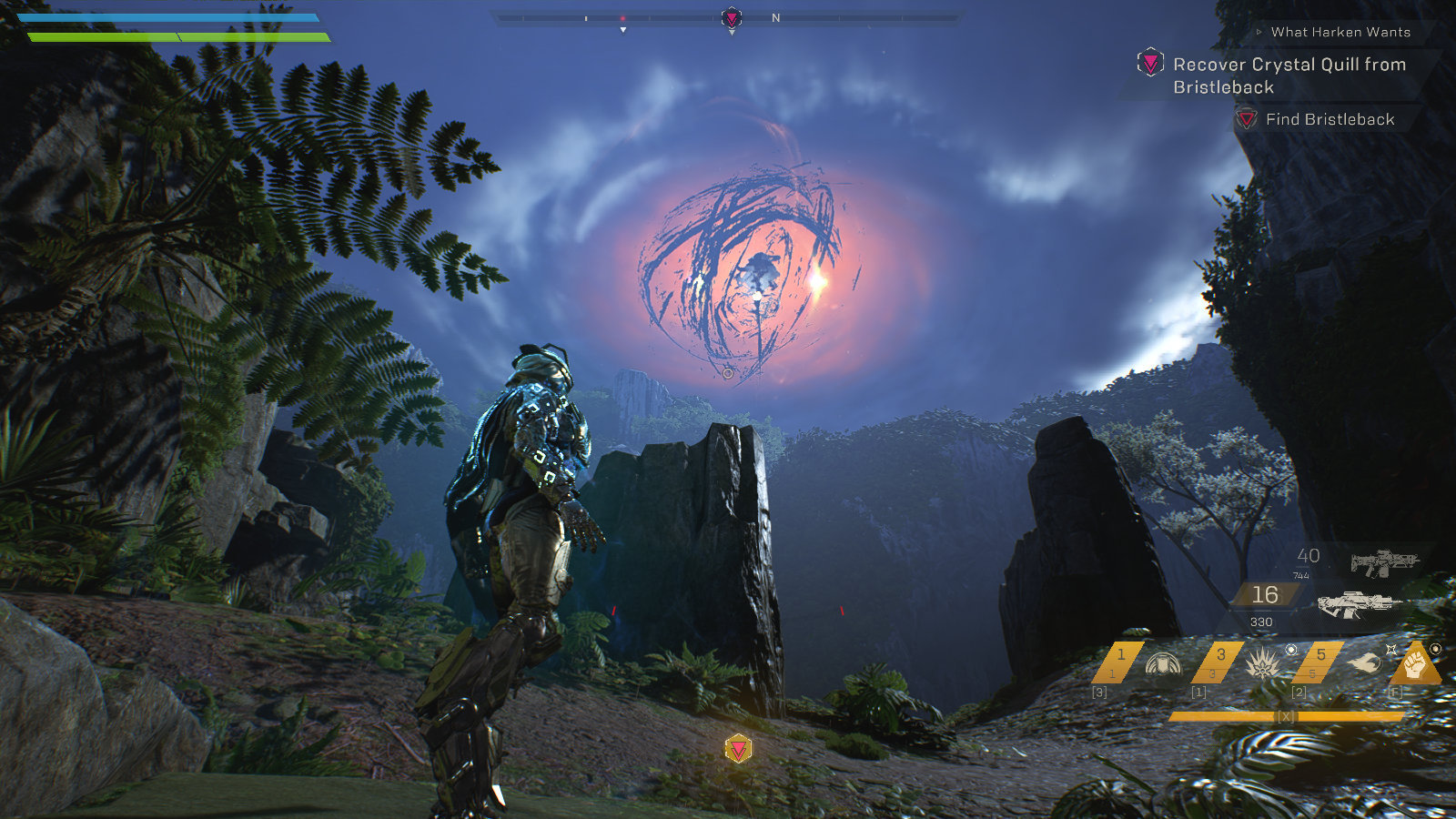 On the plus side, the time limit proved less stressful than I feared it would. Maybe things are different at higher difficulties, but on normal or hard the clock is pretty generous.

Aside from saving Bastion from certain doom, the point of this new mode is to earn crystals, which can then be spent at a special seasonal vendor. In a nice touch, the vendor has his own backstory and conversation, and his attitude toward you can permanently change based on your dialogue choices.

The vendor offers masterwork items and a robust selection of cosmetics, including some impressive new Javelin skins. The crystals aren’t too hard to come by, and you can earn a lot of minor cosmetics like decals from achievements related to the event. You can even get guaranteed masterworks for each Javelin from daily quests. All in all, Cataclysm feels quite rewarding.

Sometimes I think Anthem is too generous for its own good. Most games would have packed this much new stuff behind a paywall, or else added all of the new cosmetics to the cash shop instead of making them earnable. That’s nice for us as players, but how is this game making money?

Beyond the new content, there are also some general gameplay changes in this update. By far the most notable is the new melee weapon slot. Instead of just having a standardized melee attack, each Javelin can now choose from one of two melee weapon types — one a combo primer, one a detonator — that drop as loot like any other weapon.

This is touted as an additional way to customize your playstyle. Personally I don’t feel choosing whether your melee is a primer or a detonator makes that much difference, but things do get more interesting when you start getting masterwork items for your melee slots. 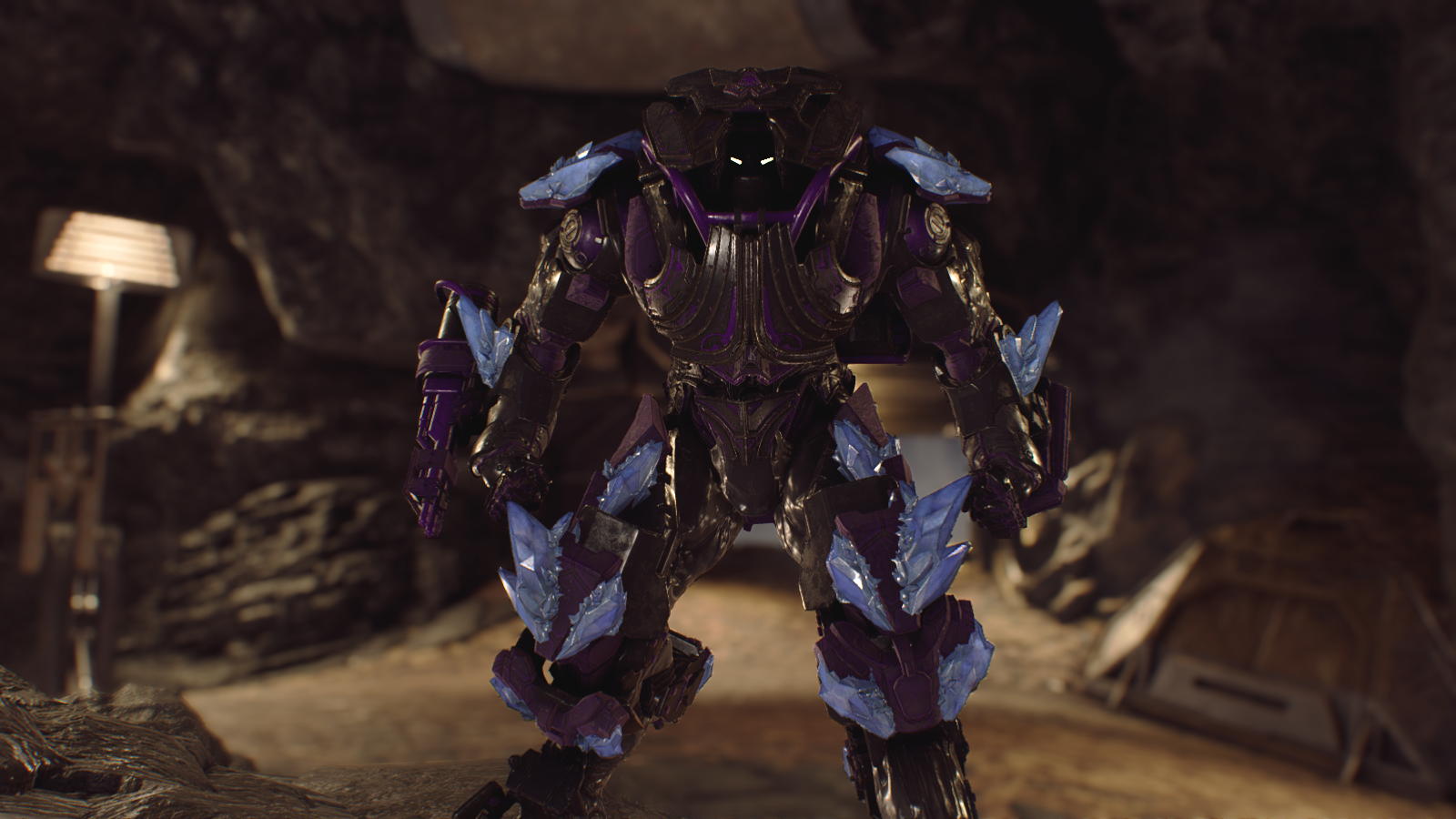 Like any other weapon, masterwork melee have special effects beyond just improved stats. Shortly after the patch I acquired a new melee weapon for my Storm that recharges a whopping 40% of my shields on every single melee attack. This adds a powerful level of utility to my build I never had before.

I do still have some concerns over some of BioWare‘s decisions related to Cataclysm. I still think a limited time event is a questionable choice at best for a game that has issues with content starvation, and I very much hope that either Cataclysm will become a recurring event or that at least some elements of its content will remain after the main event.

The studio did also go ahead with making Cataclysm loot a higher item level than anything else in the game. Personally I don’t care about such things, but this is something I could see rustling more than a few jimmies.

But even if it’s not perfect and definitely not a game-changer, Cataclysm has been a pretty fun ride for me. If Anthem continues to add content of this quality, I’ll be happy.