It is by now clear that Anthem had a fairly tortured road to launch. I don’t wish to condone the clearly appalling conditions BioWare employees had to endure while developing the game, but it would also be wrong to pretend this is a problem that’s unique to Anthem. This is an issue endemic to the industry.

There’s a good conversation to be had around crunch culture and the harm it does, but I leave that to those wiser than I. Today, I want to acknowledge that whatever behind the scenes troubles it may have had, Anthem turned out to be a pretty fine game. I haven’t seen enough people celebrating all the things it does well, and I want to change that.

You can literally fly

I do not see nearly enough people appreciating the fact that Anthem lets you literally fly. This is still a relatively uncommon feature in an online game, and I’ve never seen another game that integrates flight this well.

I’m impressed by how much the game doesn’t restrict flight. There are some bounds to the map beyond which you cannot fly, but true no-fly zones are remarkable rare. Want to fly indoors? Go ahead. Want to fly in-combat? The game is built with that in mind.

Flight itself has just enough mechanical depth to be an interesting game mechanic without greatly taxing one’s abilities. There’s a bit of an art to managing your heat by diving or flying through waterfalls, and maneuvering has a small learning curve, but it doesn’t take long to become an expert. The end result is a flight system that feels skillful but not stressful, and it just never stops being an utter joy.

The combat is amazing

Considering that I’ve mostly talked about shooters so far in my Massively Overpowered career, this may come as a surprise, but I’ve never been a big fan of shooter games. I’ll play them, and enjoy them; in fact, some of my favorite games of all time are shooters. But it’s usually the story that grabs me with such games, rather than the shooting. All things being equal, I’ll always prefer a good RPG or RTS to a shooter.

But Anthem is different. 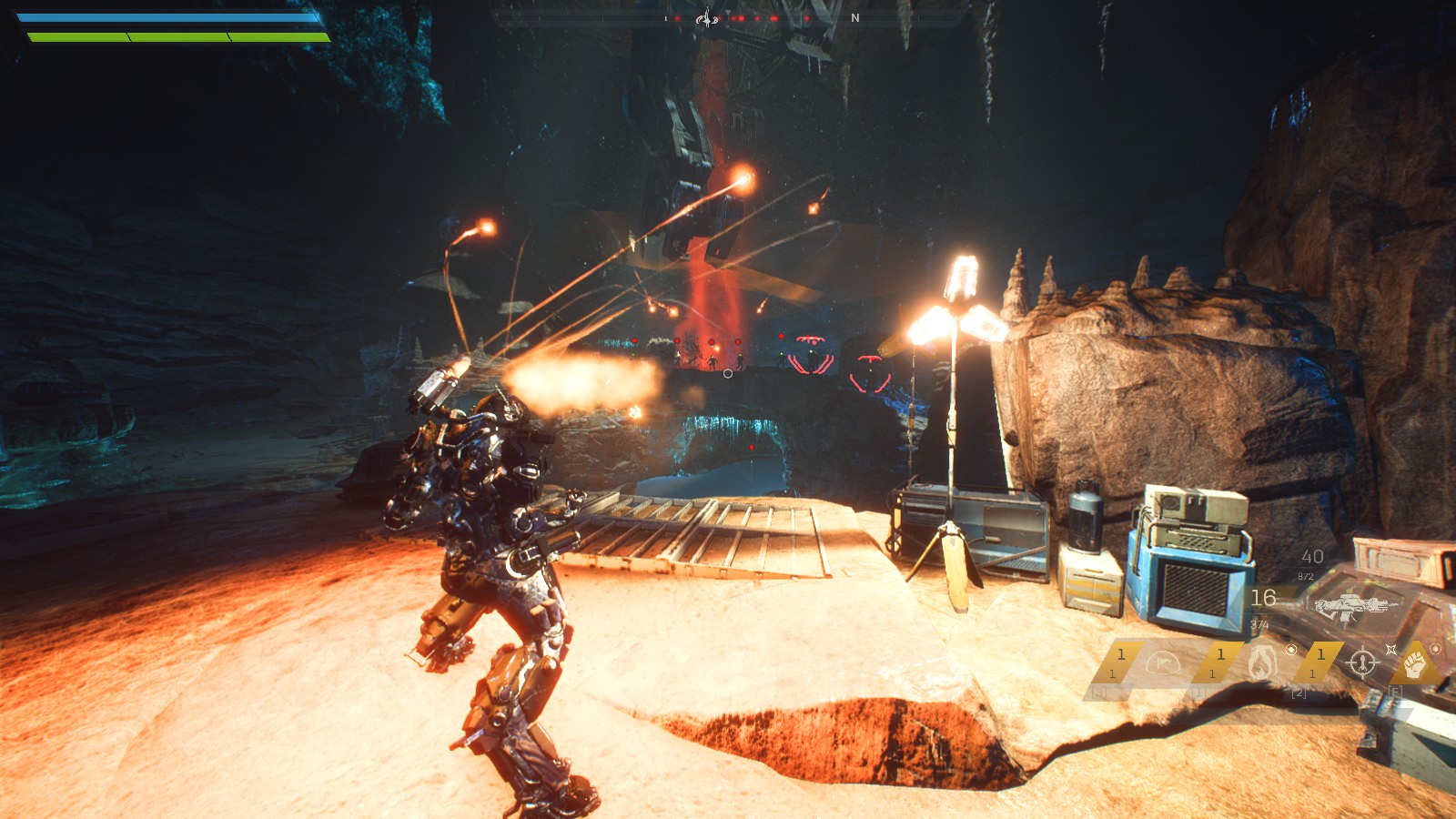 Anthem is perhaps the first shooter I’ve played where the gameplay doesn’t feel overly thin or simplistic. Powerful abilities with short cooldowns, coupled with a simple but effective combo system, make this much more than a game about shooting things. It’s just so satisfying to lay waste to an entire crowd of enemies with a well-timed combo.

The mobility granted by the aforementioned flight — alongside with gliding, sprinting, and double or triple jumps — also opens up a whole new realm of tactical possibilities that simply wouldn’t exist in any other game. There’s so much you can do when you can literally fly circles around all of your enemies.

Honestly, Anthem does a better job of making you feel like a superhero than most actual superhero games.

One of the biggest reasons I hope to see Anthem weather its current troubles is how rich and beautiful the game’s setting is. The current game doesn’t explore it in quite the depth I’d like, but there’s so much potential here.

Anthem is such a fascinating blending of sci-fi and fantasy ideas. The technology is pure sci-fi, but in many other ways this feels like a classic fantasy tale, from its secondary world setting, to its long forgotten gods and their mystical legacies, to its ancient orders of virtuous warriors.

I think BioWare did a very poor job of selling what Anthem actually is prior to launch. I saw its gritty robot suits and talk of the player being a “Freelancer” and assumed this was going to be a story about a generic, gravel-voiced bounty hunter. What I didn’t understand was that a lancer is any elite warrior piloting a Javelin and that a “free lancer” is one who ventures forth from civilization to vanquish evil in its lair. 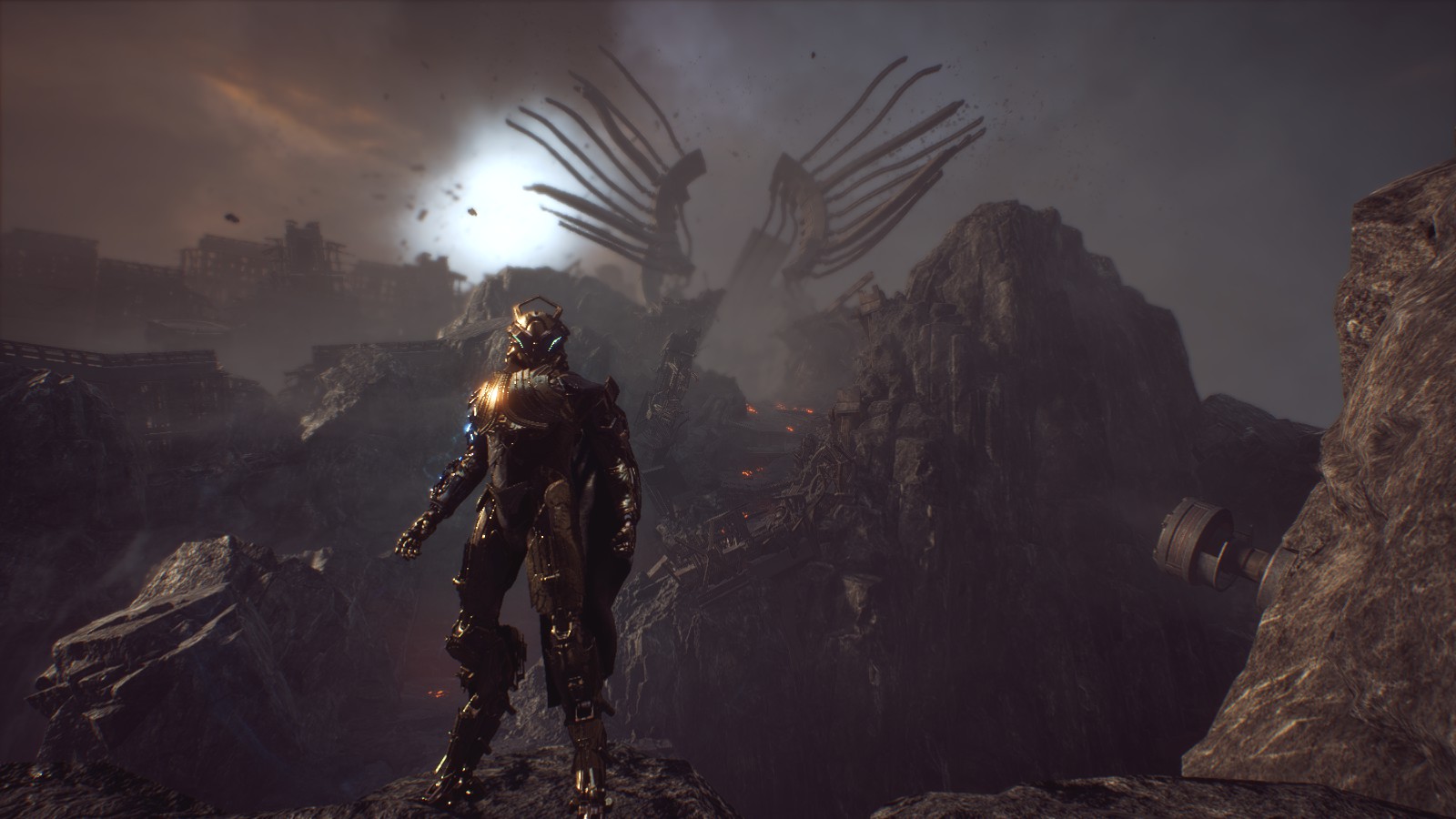 I think they’d have had more success if they’d made clear that this is less a “space marine” game and more a “knight-errant in an alien sci-fi fairy tale” game.

And there’s so many questions I still want answered! What happened to the Shapers? Why did the Legion of Dawn dissolve? Are the Paladins the origin of the Dominion, and if so, how did that come about? Is my crackpot theory that Anthem is actually set in the Mass Effect universe true? (Probably not.)

Anthem‘s characters might be a little on the thin side compared to what you normally see in a BioWare game, but they’re still much better than you’d see from most any other company. Fort Tarsis is packed full of characters who range from funny to fascinating to tragic.

My personal favorite has to be Sentinel Brin. Her quirkiness can be a bit cartoonish at times, but I can still see myself in her so much, and I love that for all of her awkwardness she’s clearly a very good and noble person. Also, the way she fangirls over Crimson Lancer is adorable.

But there are other standouts. Matthias and his… complicated identity issues. Owen and his delightful dorkiness. “Prism Tacit.” And finishing the story was worth it just to learn what a terrible dancer Yarrow is.

These days, so much of our media is focused on showing people at their worst. And don’t get me wrong; I love a good grimdark story as much as anyone. I quickly lose interest in stories that are too sugar-coated. But with the news the way it is, I think we could all use a bit more optimism right now.

Anthem delivers that. It’s not afraid to be serious when it needs to be, but it also has a lot of humor. It’s a fun romp. 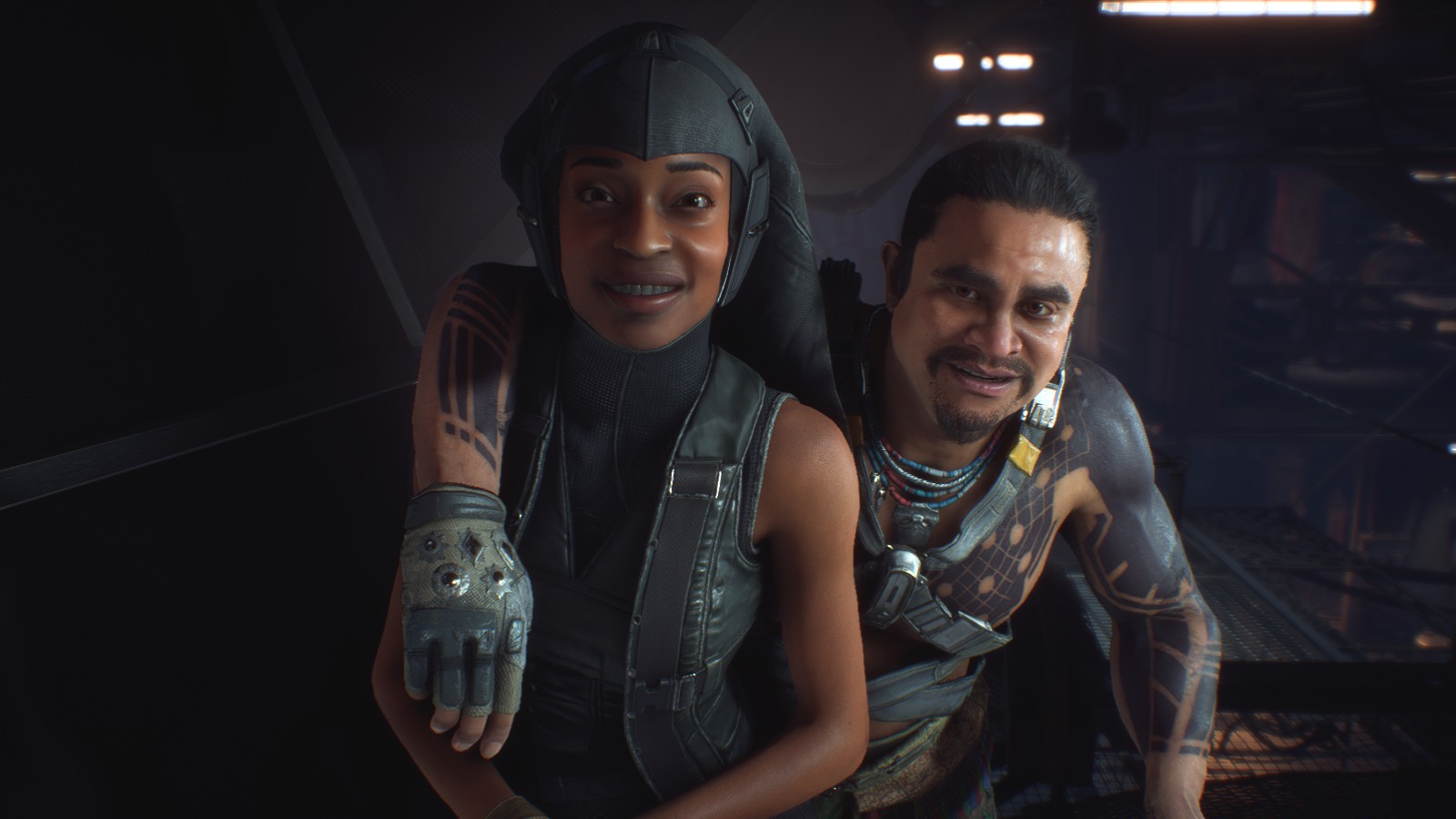 And more importantly, in an era full of cynicism, Anthem stands out as a game that is by and large about good people doing good things. As I said above, the Freelancers are akin to knights of old — the kind that probably never existed outside of fairy tales. They’re champions who face down death and danger to keep the world safe for the average person, and from Yarrow’s stories to the stirring soundtrack, Anthem does everything it can to make you feel like a true hero.

So often these days our media seems calculated to make you feel hopeless, but Anthem is a pure feel-good experience.