One of my biggest gaming pet peeves is people declaring games “dead” before their time. If you can play it, it’s not dead. This obsession with MMO mortality mostly serves to drive people away from smaller games and thus create self-fulfilling prophecies of doom.

So you’re not going to hear me claim that Defiance — or its virtually identical successor, Defiance 2050 — is a dead game. Both titles are still there, and you can play them. That said, I am not totally divorced from reality. Those games are in a state of stagnation they will probably never recover from.

So how did we get here?

Defiance is, of course, more than just a game. It was originally envisioned as a grand “transmedia” experiment, with a television series launching around the same time as the MMO. I was actually a fan of the show for a while before I played the game.

Both incarnations — game and show — take place in the same near-future setting. Following an apocalyptic war between humanity and an alliance of alien refugees collectively known as the Votans, an event known as the Arkfall radically reshaped Earth’s geography and ecology, creating a New Frontier that is alien and hostile to human and Votan alike.

It’s a great premise, and the people behind it put an incredible amount of work into the world-building. Four entire alien languages were created for Defiance by David J. Peterson, the same linguist who created Dothraki for Game of Thrones.

Even as a fan, though, I’ll be the first to admit Defiance the TV series had problems. It had great characters, brilliant world-building, and some fantastic acting, but it always suffered from identity issues. For the first two seasons, the writers could never seem to decide if it was supposed to be a gritty epic, a character-driven family drama, or a lighthearted space western. 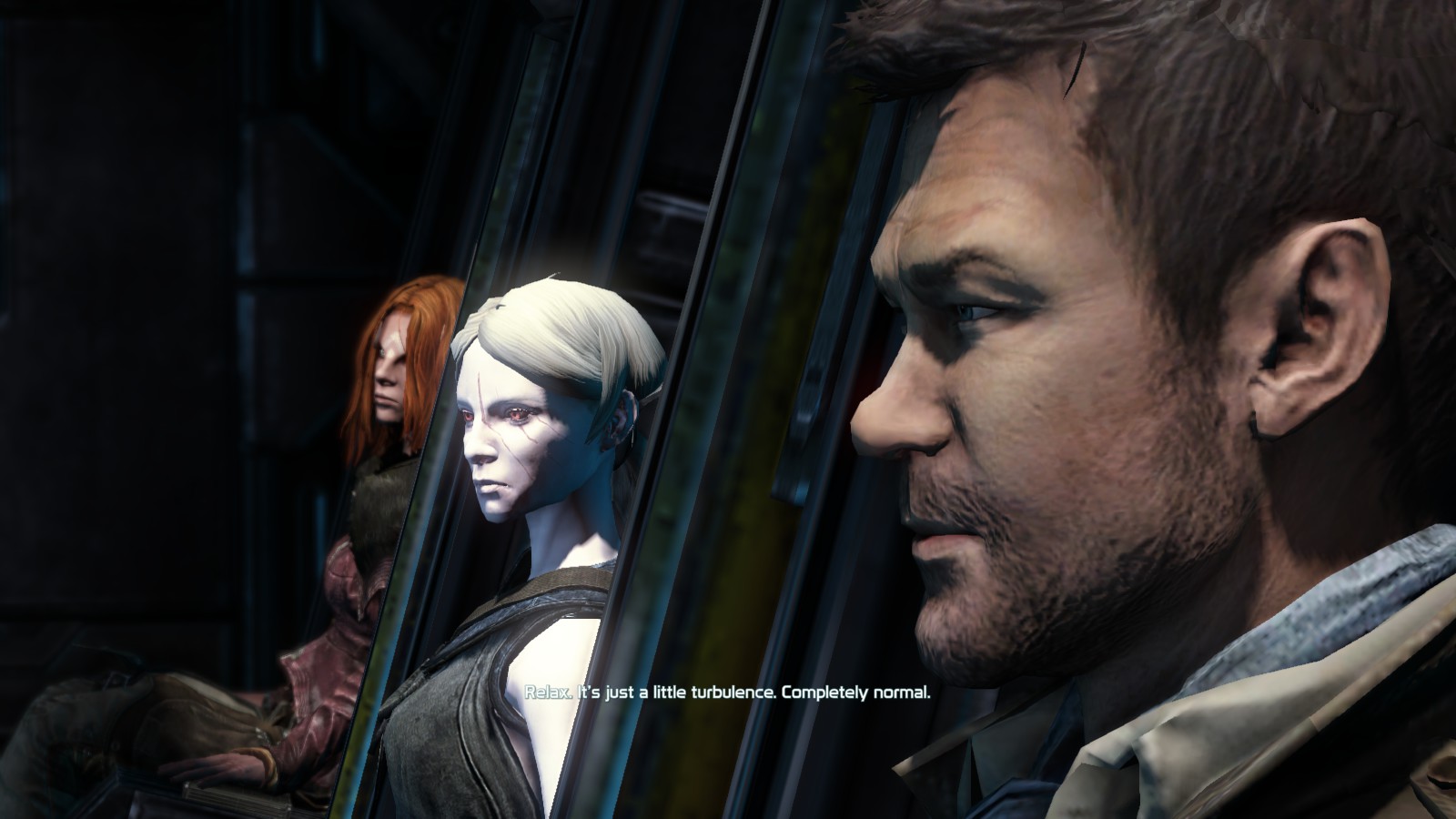 The thing is, it did all of those things well, but the constant shifts in tone were jarring, and it held Defiance back from reaching its full potential.

And then season three came along, they decided they wanted to be Game of Thrones with aliens, and everything went to hell. The show was not given a chance for a fourth season. That can’t have done Defiance the online shooter any favors, but the truth is there were problems long before then.

Of course, people will be quick to point out the vaunted “transmedia synergy” never amounted to much. The crossovers between the show and the game tended to be few and half-hearted.

Personally I think there were a lot of unrealistic expectations around said transmedia crossovers, perhaps even among the people behind them. I was content to simply have the two properties existing in the same world, with the occasional cameo. But certainly over-hyping the transmedia elements was another thing that didn’t help Defiance‘s case.

There were other issues, too. The graphics looked a bit dated even at launch. The game world was a bit on the small side, the content a little anemic. I’m baffled by the decision to launch right at the tail end of a console generation, without launching on the newer consoles (up until very recently with the advent of 2050).

Defiance the game never lived up to the potential of the setting. With over half a dozen alien races in the setting, it’s utterly baffling that only one was made playable at launch, with another added as paid DLC. Yes, playable Volge and Omec would be problematic from a lore perspective, and playable Gulanee would have broken the game if they had the powers Gulanee are supposed to possess, but that still leaves Indogene, Sensoth, and Liberata as perfectly viable options for playable races that were left off the table. 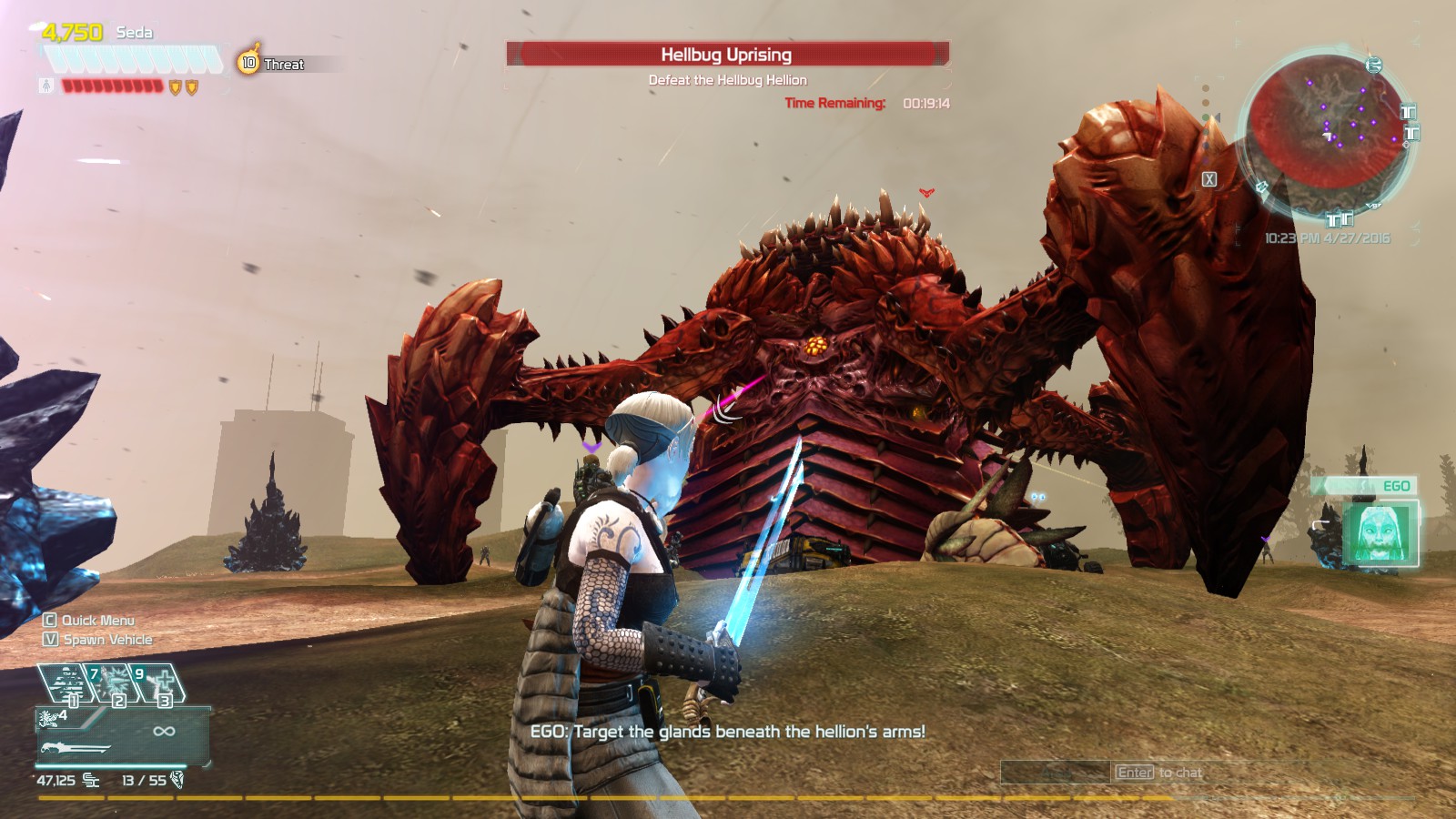 There are NPCs of all of these races, and Sensoth, Indogene, and Liberata are all just humanoids with a different coat of paint, so I truly don’t understand why more of an effort wasn’t made to make them playable. The diversity of the races is a core pillar of what makes the New Frontier appealing as a setting, and the game completely ignored it.

There’s the geographic diversity of the setting to consider, too. The world of Defiance includes the anarchic hell of the Storm Divide, an Antarctica that has supposedly been transformed into a tropical paradise, and a South American continent colonized by the alien Votans, but we saw none of this in the game. Instead we got only the area around the San Francisco Bay, containing a grand total of two biomes: post-apocalyptic, and really post-apocalyptic.

For me, though, the biggest problem with Defiance the MMO was how unspeakably grindy it was. It doesn’t seem that way at first; I was able to play through the whole base game’s story at my own pace, without even needing to do side missions. But after that you hit a wall of the most ungodly grinding I think I’ve ever seen in a modern game, and all of the post-launch content was tuned around being high level.

That’s what drove me away in the end.

Clearly, Defiance had issues from the start. It’s fairly obvious Trion Worlds built the game on a limited budget. Likely it never could have fully realized the sprawling game I imagine it could have been. I do want to believe it could have been more than this, though.

And I’m not saying it was — or is — a terrible game. I had fun with it. If you’ve never played Defiance, I unequivocally recommend jumping in to play through the main story once. The characters are great, and it’s a lot of fun. It just has no longevity beyond that.

And it’s clear by now that things aren’t going to change. I had some hope that the relaunch as 2050 could breathe new life into Defiance, but it’s pretty much the same game, and the rollout of new content has been a trickle at best. My dreams of delving deeper into this amazingly detailed and original setting are never going to be realized. 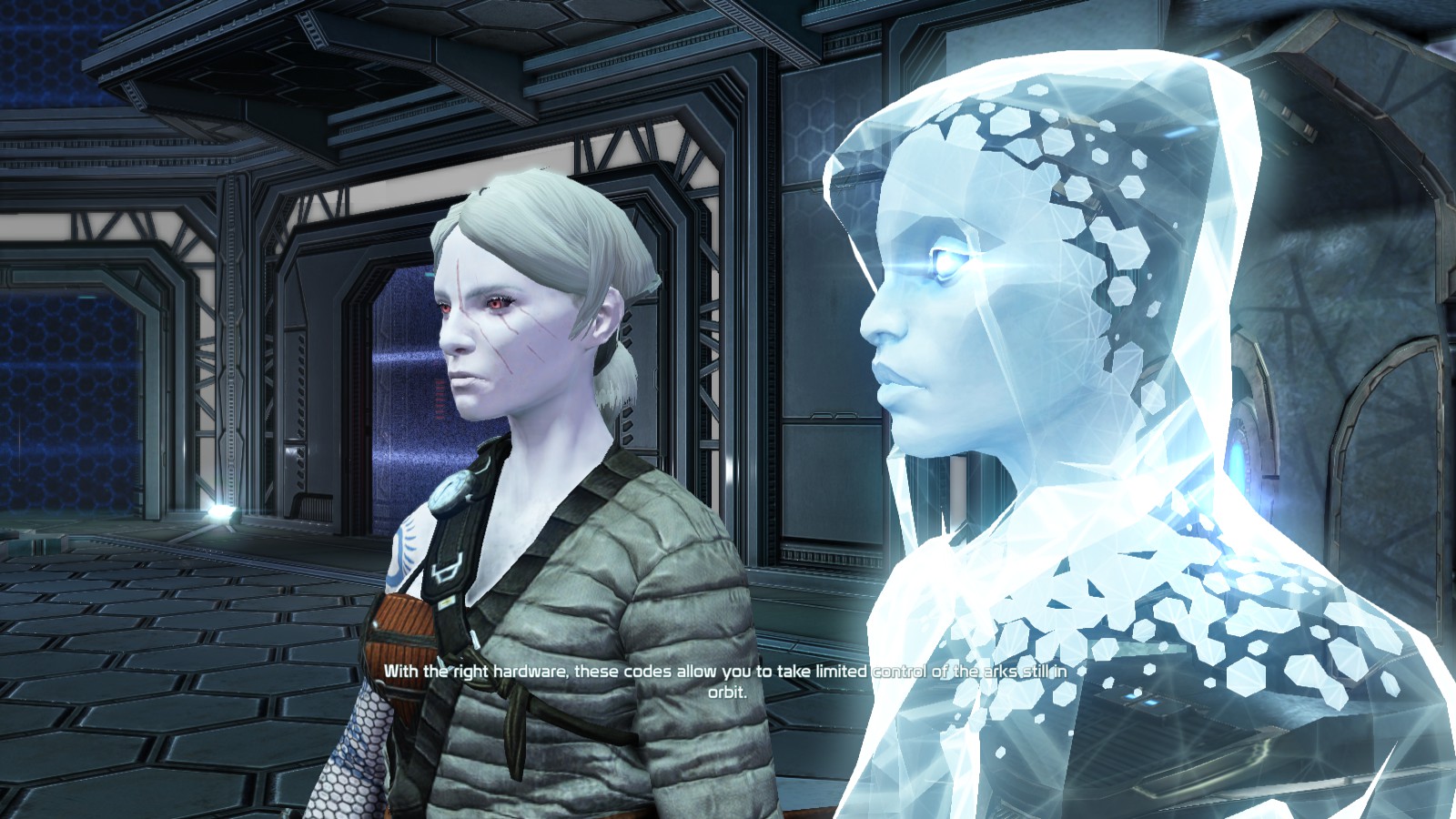 We now also have the death of Trion and the takeover by Gamigo to consider. I disdain sensationalism, so I’m not about to claim this a death knell for Defiance, but it does add further uncertainty. Atlas Reactor is already preparing to bite the dust since the changeover with sunset planned for this summer, so some concern may be warranted. At the least, I don’t expect the change in management to halt Defiance‘s slow march to obscurity and oblivion.

And that’s what I mourn. Defiance the TV show and Defiance the game both had their flaws, but Defiance the setting was something truly special that deserves to not just survive, but thrive.

It’s a shame it never will.