Remember last week how I wrote about being surprised at the depth of Wizard101’s combat? This week I learned that the game’s combat can also provide a stern challenge for the unprepared.

Or perhaps more likely, the undergeared.

Or perhaps even more likely, the clinically stupid. 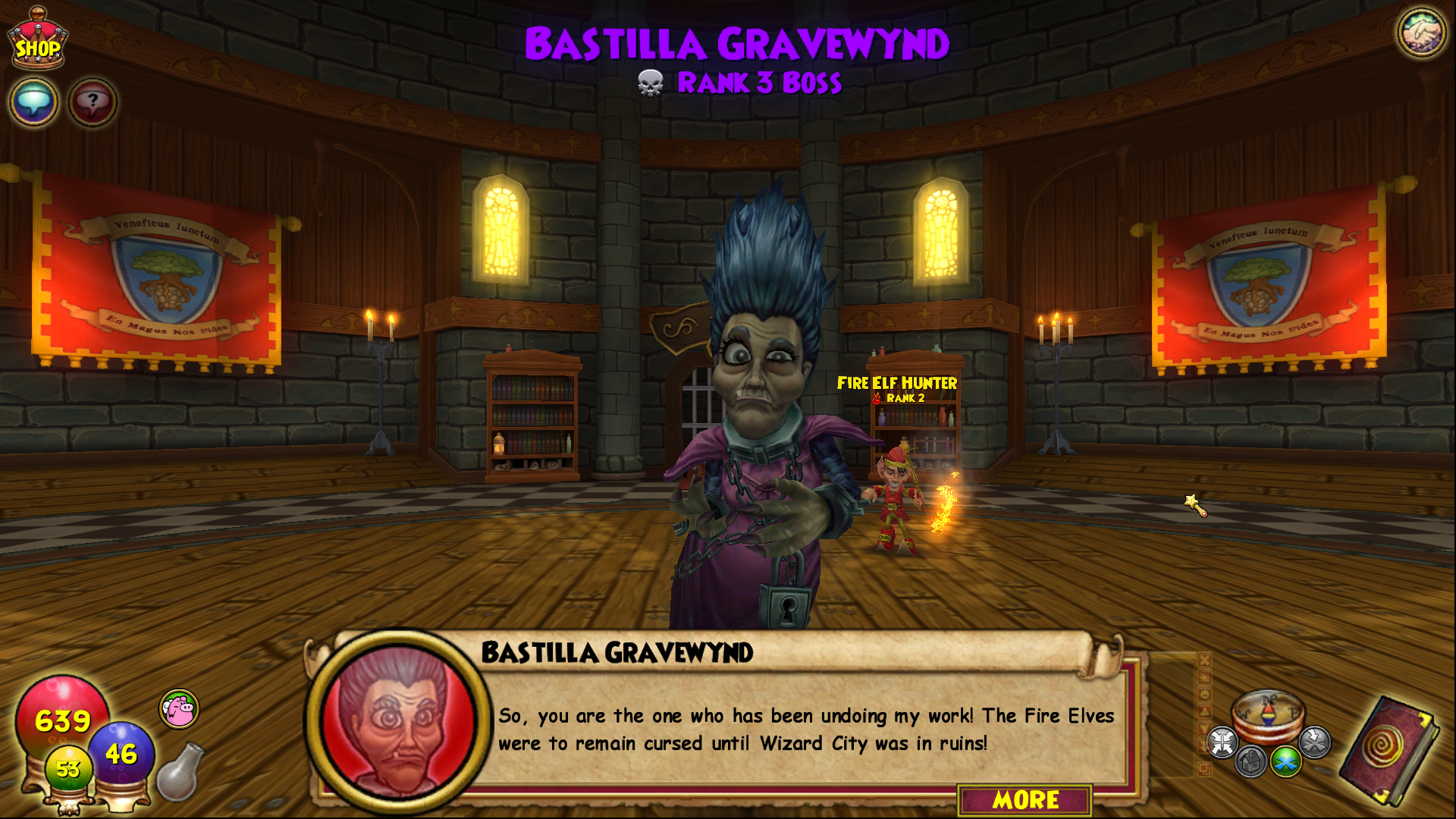 Up to this point, battles have been generally pretty routine affairs since I’ve been using my standard deck, but things started to get a bit rougher as I continued to progress through the questing in Firecat Alley. The boss fights I was running in to at this point were suddenly putting up some pretty nasty damage.

What was nice is that my deck also started to form into something resembling what felt like a very Necromancer strategy. Through picking up my class’ next cards and completing a quest handed out by my chosen school’s teacher, I got myself a card that ramps up the damage of my next Necro spell by 40%. Pairing that with a spell that I cast on a target that also increases damage from the next Necro spell by an additional 30% and a Necro spell that deals damage and heals me for half of the damage dealt had this very TCG-feeling setup and payoff sensation.

Of course, that’s entirely dependent on the card draws working my way, but I think the main deck’s number of cards are set up in such a way that I see that combo arrive to my hand more often than not. In addition to that, I started to make more use of the Treasure Cards I was getting – big-hitting cards that get used up once they’re called forth that can be pulled in exchange for a card I don’t want in my hand. These card types had saved my bacon on a couple of occasions.

It all combined to make things feel even more strategic than I had expected. It also brought me back to my old Magic: The Gathering playing days where I would slowly start to figure out a strategy and work out how to execute. Of course, it also brought back the days where I would be ruthlessly beat in nearly every match, every time. Even in a game as “simple” as Wizard101, the fact that I have the tactical acumen of a slug probably isn’t helping. 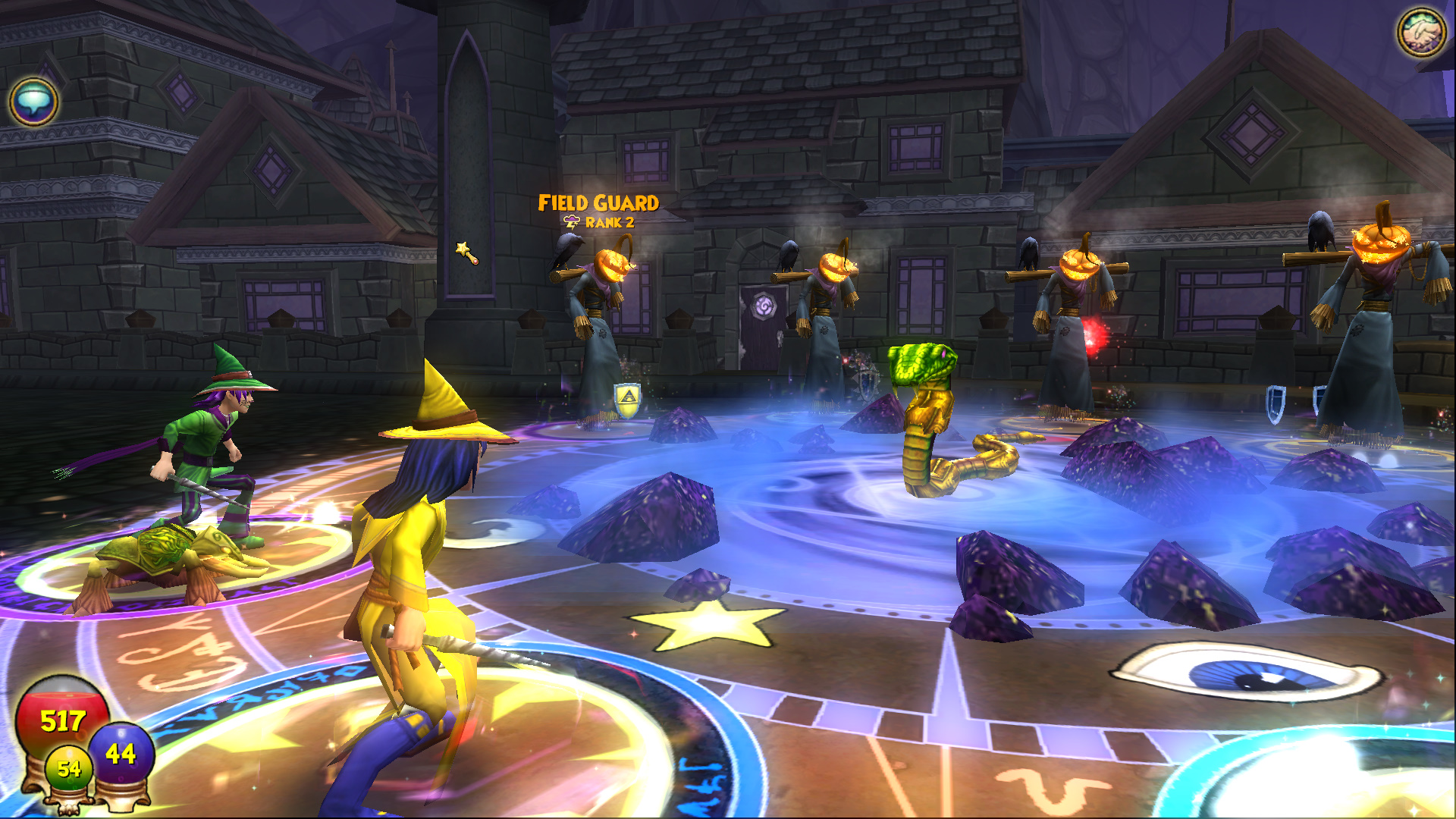 I’m also running very afoul of the Fizzle mechanic. On more than a few fights I saw my spells just not cast out of hand in spite of what appeared to be a high percentage of success on the card’s description. I guess this is just the “dice” not rolling my way, but it’s still fantastically frustrating, especially in a boss fight where the only way I was going to win was a healing spell going off without a hitch. Maybe there’s some way to mitigate that risk, but I sure haven’t found it in-game. Which means maybe some research out-of-game is in order.

Still, in spite of these challenges, I don’t know that it’s all my own smooth brain’s fault. I get the feeling that perhaps I’m stepping into territory I’m not quite ready for. This feels especially obvious to me since, as I was running from the Commons back to the last boss fight arena I died at, I started noticing a lot more sidequest exclamation marks popping up around me.

At one point I did divert myself to a quest series dealing with some obnoxious little snot of a student who made me perform menial fetch quests, and while the actual steps were annoying, It also seemed like I was getting more XP to level myself up. Not a whole lot, mind you, but it was something. Also, I was getting vendor trash, so my coin purse is starting to fill up a little bit. 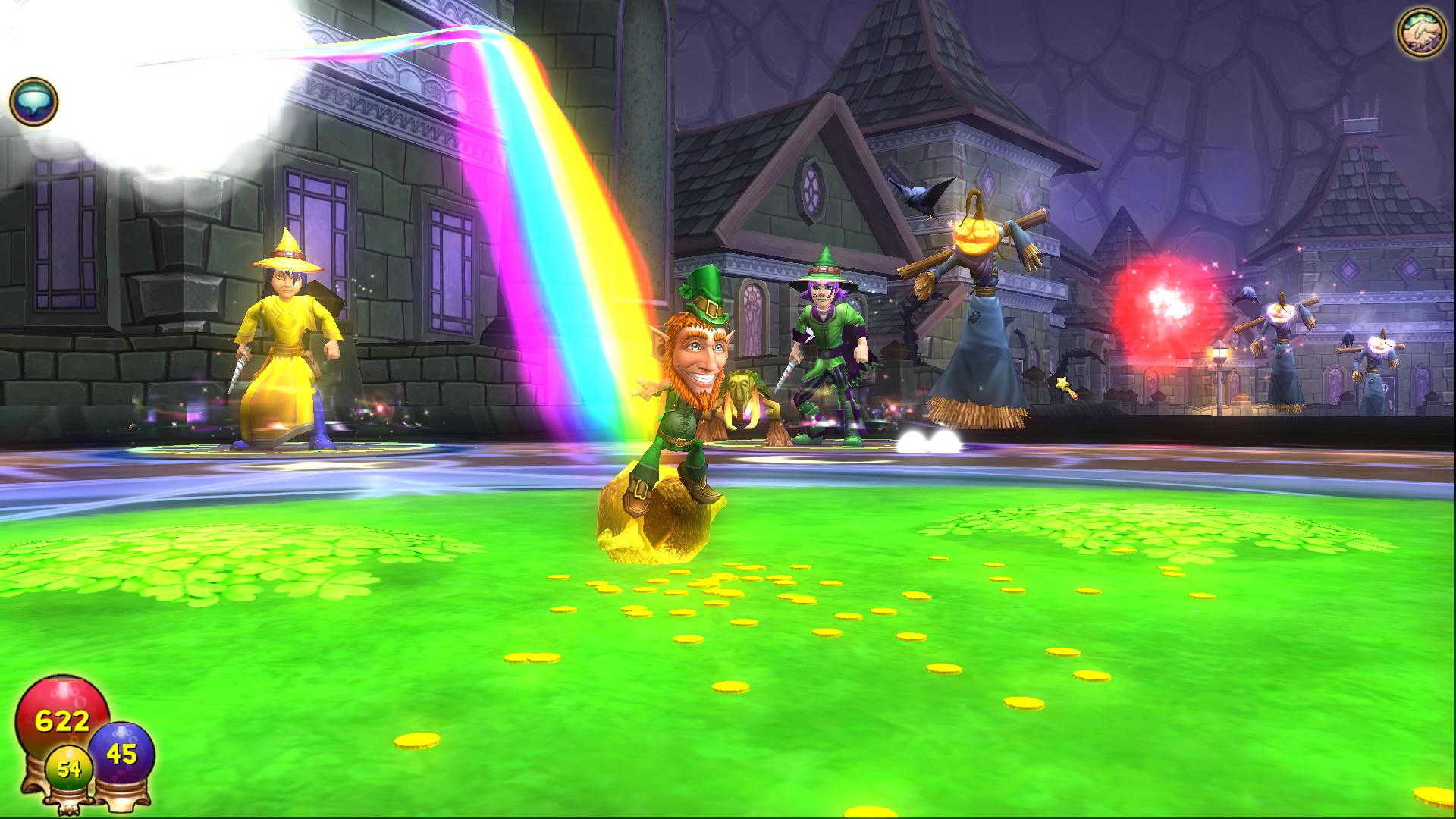 Still, I get the distinct feeling that I’m missing something. Maybe there’s some gear I should chase down, or some steps I should take to get better, or something I should be paying more attention to in order to know if enemies and bosses are on an even keel. Or I could just ask to be hauled along by teaming up with others. Or I could just haul off and get a second school in spite of the poll results; I suspect I may have opened myself up to some trolling with adding the choice to focus on Necro exclusively and thereby engaging accidental hard mode, but on the other hand, since I probably won’t be playing this game again, hard mode ahoy.

You know what? This seems like prime fodder for a poll, don’t you? I’m open to suggestions, either from the Wizard101-playing readers or just from those reading this column in general: What should I do about moving forward in these quests? Please help me out, I’m very tired of looking at Firecat Alley.

What method should I use to get through the main quests?

The other poll question I have in mind is to take up some of the side activities. Really, I could use the break from the questing, so I’m curious to know what you fine folks are curious about experiencing through my eyes.

What Wizard101 side activity should I try out? 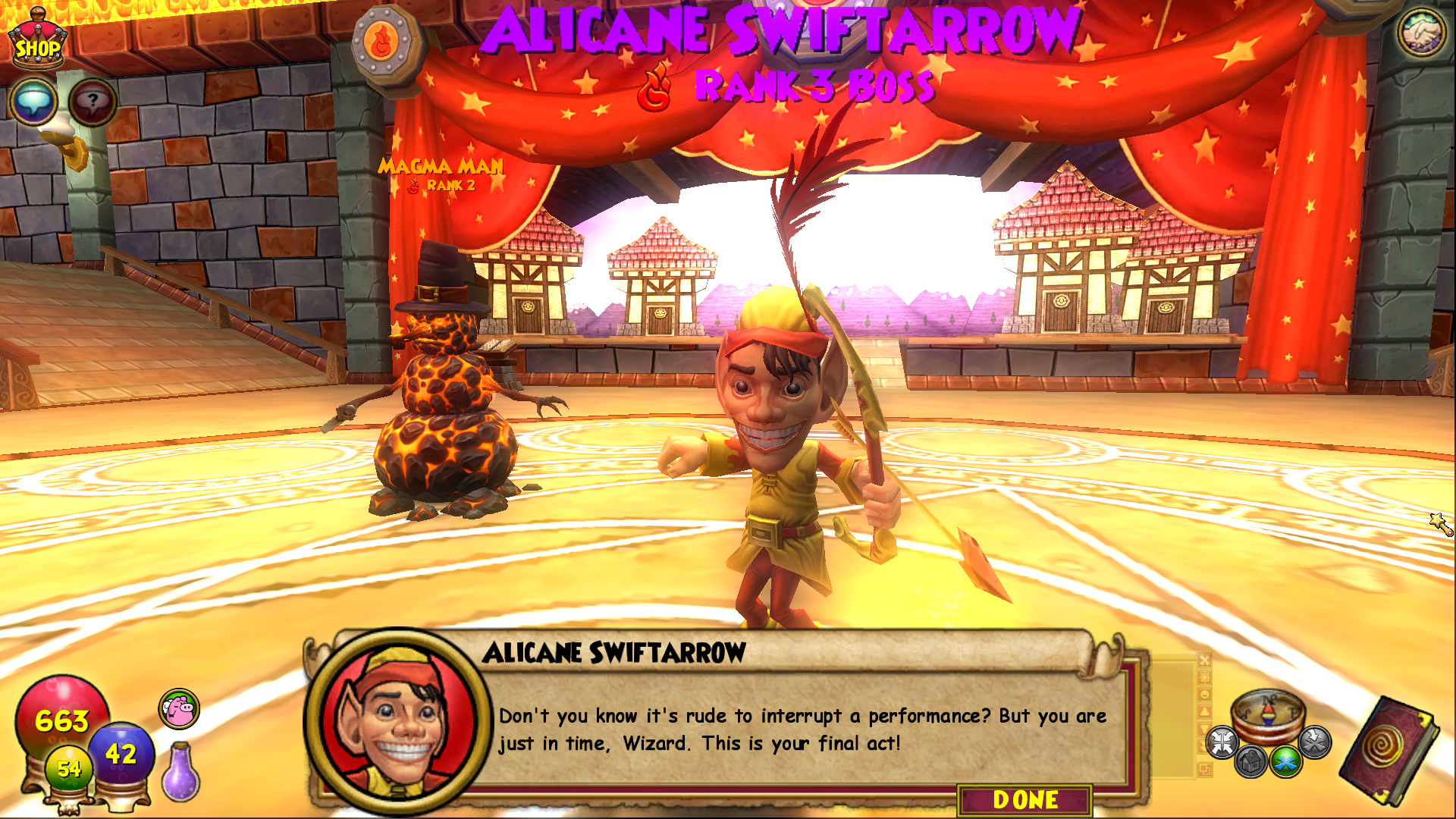 Friday, March 12h, at 1:00 p.m. EST will be the end of polling like normal. You all know the drill. For the time being, I’m going to put this one on a shelf for a bit. Who knew that a colorful MMO full of young wizards would beat me up?

Riders of Icarus has apparently sunsetted its only Russian server

Diablo II Resurrected has begun preloading – here’s when it launches...

Massively OP Podcast Episode 339: Kitchen sinks and the Tao of...