The next patch for Fallout 76 is currently on the game’s test server, so anyone who would like to check out C.A.M.P. slots, S.P.E.C.I.A.L. loadouts, or various other things that aren’t forced acronyms can do so right now. But the developers aren’t resting on their laurels just yet, with the remainder of the 2021 roadmap now available for everyone to observe. Summer, for example, is already promising to bring the end of the Brotherhood of Steel storyline in Steel Reign, complete with quests and NPCs offering potent new rewards.

Meanwhile, fall is reserved for an evolution to Private Worlds alongside new updates to daily ops to change how players interact with the game. And once winter rolls around once again, players can look forward to four-star legendary weapons and armor, a new public challenge, and the new C.A.M.P. pet system. It’s a lot to digest, and you can check out the roadmap in graphical form just below; it’s also worth noting that an AMA is incoming on the game’s subreddit tomorrow, just in case you have some questions related to the roadmap so far. 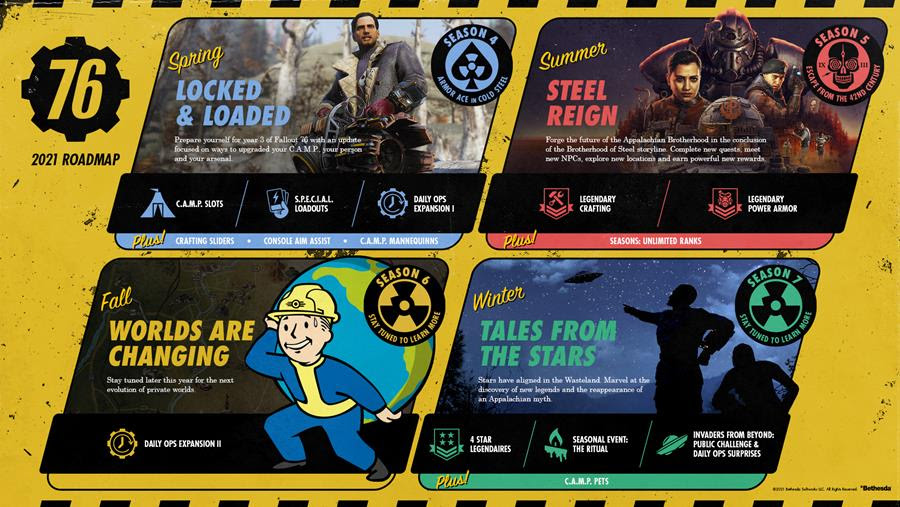