My time in RIFT this past month has left me confused, frankly. Primarily because I remember genuinely enjoying this game more than I did.

END_OF_DOCUMENT_TOKEN_TO_BE_REPLACED
That’s not necessarily to suggest I had a bad time these past few weeks in the game, to be clear. I’ve just had a reasonable time. A wholly unmemorable time. A very lackluster and serviceable time. And even though I’ve said that MMOs can be OK and still be enjoyable before, something about RIFT falls short of that marker for me, which is hard to swallow because this game was a good time at launch.

A lot has certainly been said before about this game’s initial arrival, especially its swagger-step up to the king in its advertising claims of “You’re Not in Azeroth Anymore” despite being a completely new IP from effectively out of nowhere. Discounting the game from that bit of marketing silliness, however, I remember fun being had during the first month or so of launch. I remember a very busy open world where I just sort of ran alongside a random zerg, closing rifts left and right. I remember finding the combat more interesting. I remember finding the Soul Tree system way more engaging.

So what the hell happened? 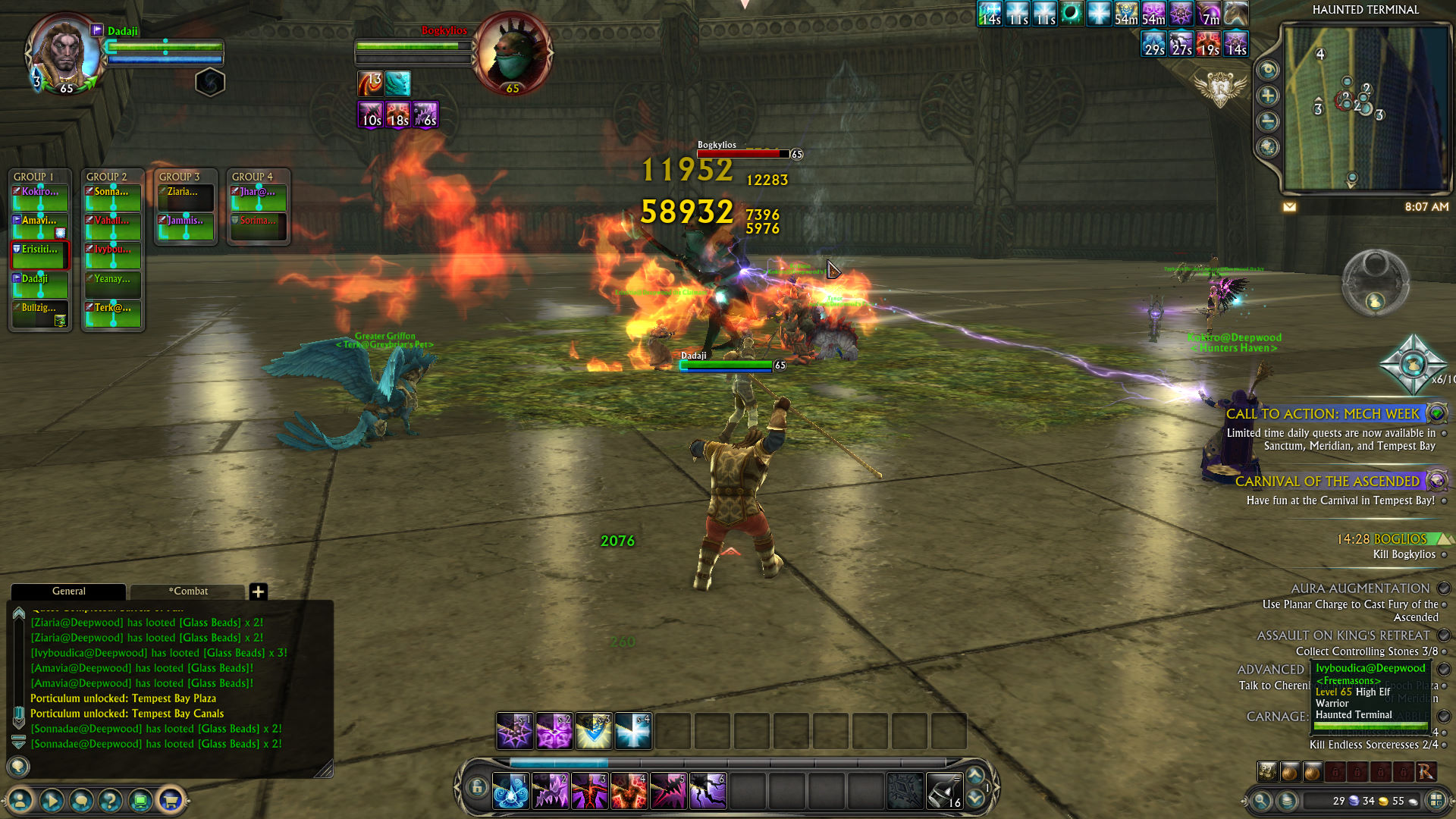 Part of it probably is due to the game devs losing their focus, perhaps. I feel like they had something genuinely unique when they introduced Instant Adventures, but it also doesn’t seem like it’s filled out too well. I think they had the best intentions when they added the Soul Tree preset guides, but it didn’t knock down a barrier of entry so much as pave paradise and put up a parking lot. I suspect the game’s application of free-to-play monetization didn’t win them many fans.

Part of it is due to my own personal tastes, maybe. I don’t dislike tab-target slower paced MMORPG gameplay, but for some reason the combat in RIFT feels a bit dulled. A lot of the effects don’t really have the impact of newer games, the sound effects seem somehow off, and the combat animations seem to have bare little variance and end up seeing my avatars looking like they’re moving through rheumatoid arthritis pains.

Perhaps, though, I’ve subconsciously said goodbye to this game already. Recent developments out of Gamigo most assuredly don’t inspire confidence in RIFT’s future and it feels like this game just floats around like an aimless wraith. I continually get surprised when news about the game crosses our newsroom here at MOP.

It never was like this, though. None of these feelings were prevalent in me back when this game launched. And I remember all of those times fondly. Games change, sure, but it still feels like some of the bare bones of RIFT should have been comfortably enjoyable. And they weren’t.

It’s like this game is trying to gaslight me. 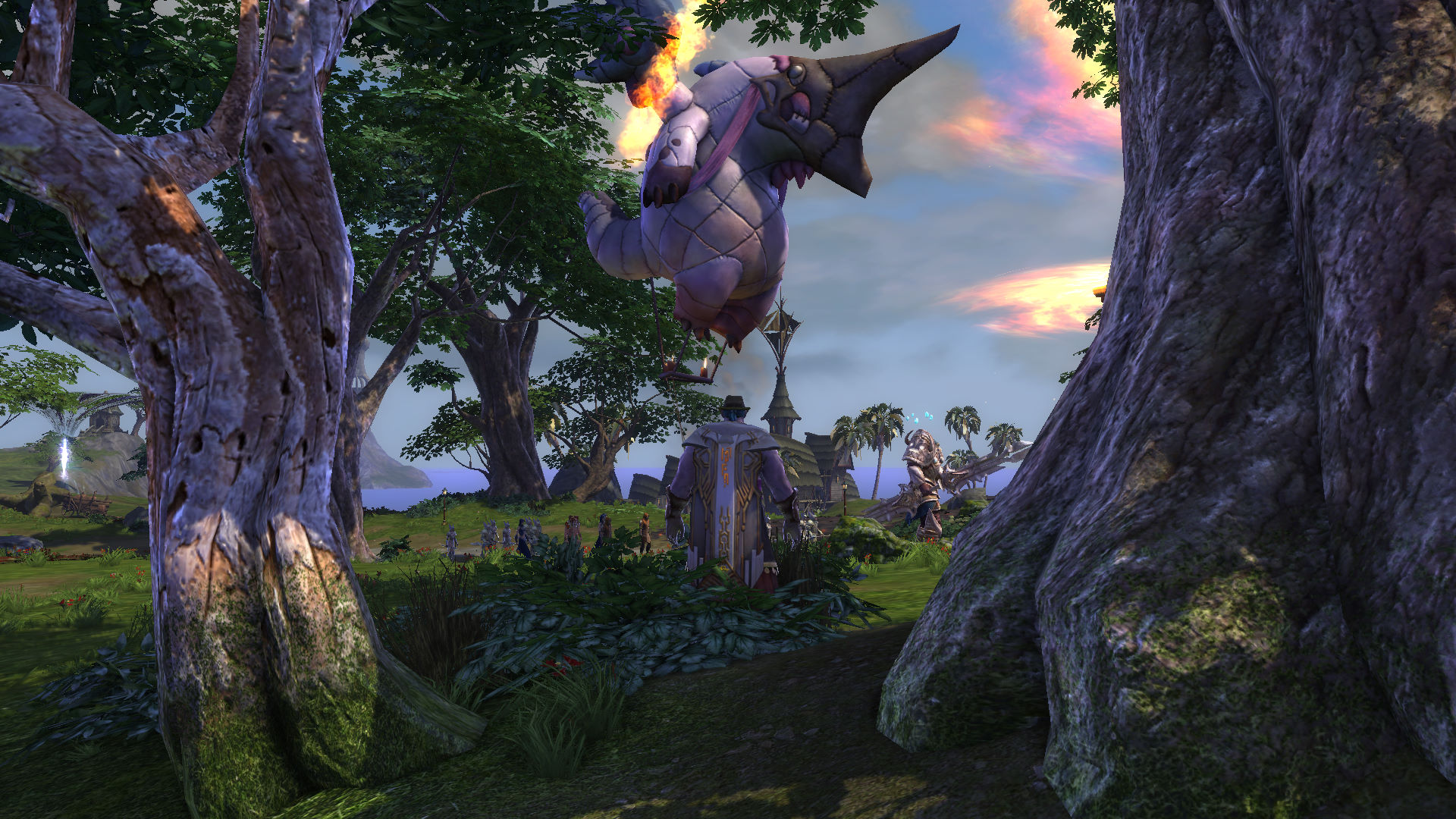 Even if I have mentally moved on, I still feel bad for RIFT and for the devs that tried to put this game together. There really are some good ideas here, genuinely. I really like how open the Soul Tree system is and would have loved that to be leaned into instead of watered down into swill. The Instant Adventures system is a fabulous way to earn levels that should have been built up and made into an engaging and diverse way to level up instead of the tried-and-tired quest hub system. Combat could have maybe been touched up – give these characters some Tylenol so they can move better at least.

I guess it’s too late to be begging for all of that now, though. I know this feeling all too well; that Sword of Damocles of a game’s demise, the shift in mental air pressure that permeates a game’s community, and that fruitless yet instinctual desire to have just a few more runs, just a few more levels, just a few more minutes with friends before it all goes away. Nexus remembers and so do I.

I can’t say that my return to RIFT was bad. Or that it hurt. But it was also oddly uncomfortable. I’m still not sure how to process it all. But I should – because it’s time to move on.

What base class should I start with in MapleStory? 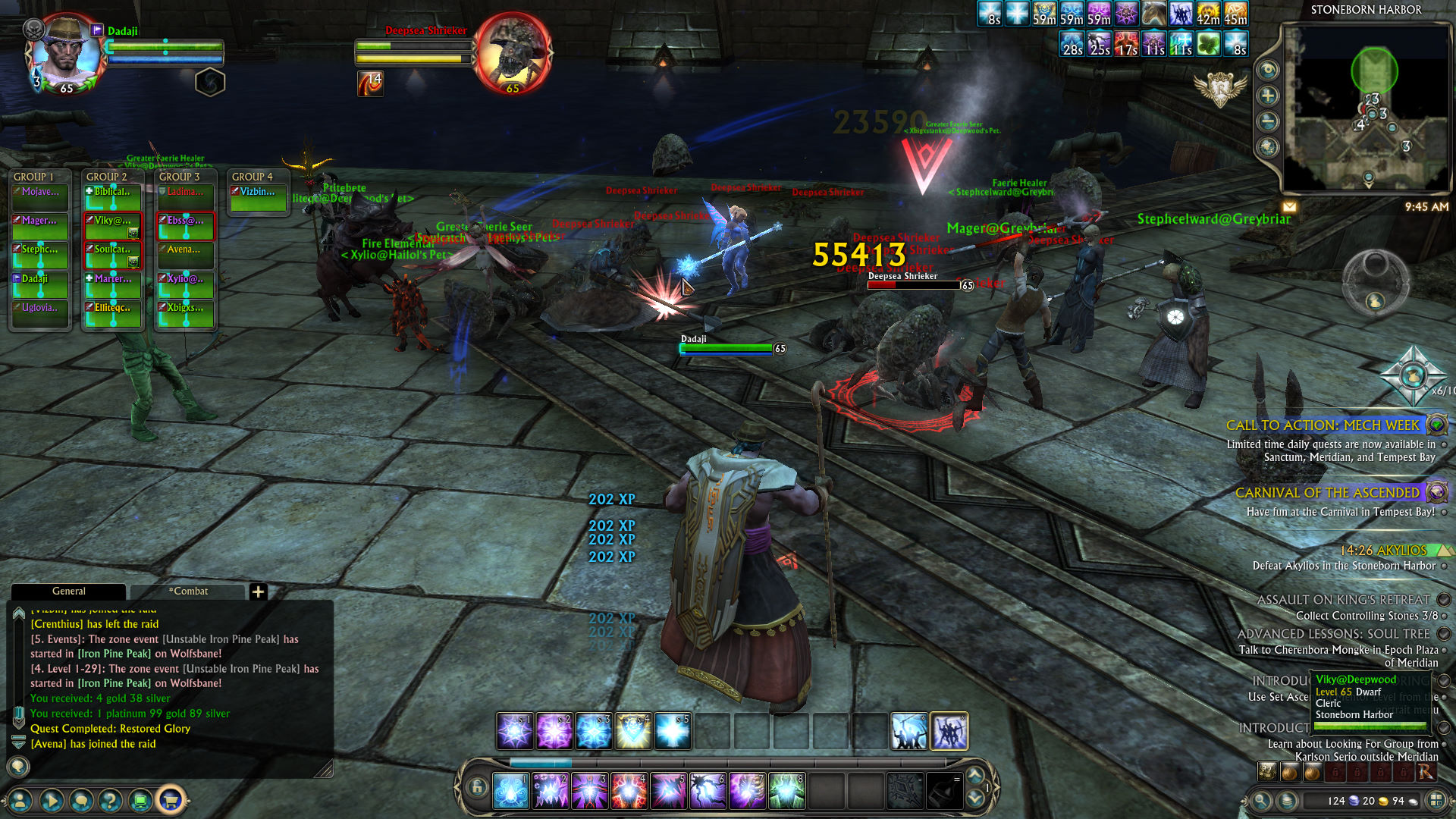 As usual, polls will close up at 1:00 p.m. EDT on Friday, April 30th. For the time being, I’ll scatter the ashes of RIFT’s memories to the wind and try not to be so confused by this past month’s gaming.

Rift always bored me. Somehow it felt soulless and generic. The awful animations and terribad race design didn’t help. Regulos was like a discount Deathwing at release.

I really enjoyed RIFT at launch. So many possibilities for builds. So relatively easy to muddle along and have fun.

My biggest problem with RIFT has always been how boring combat is, when it absolutely shouldn’t be with so many interesting skills. But the truth is, macros don’t play games, people do. The reliance on macros to run combat just ruined the game for me. Complex skill synergies became meaningless because it all went into combat macros.

Build guides were just a string of code to drop into macros. Honestly, how is this the least bit skillful or engaging?

No one talks about this when discussing RIFT, but it’s the main reason I became disenchanted with the game which I once enjoyed so thoroughly.

Yeah in Storm Legion I switched over to a Harbinger/Chloro build for soloing and it was stupidly EZmode spamming like one or two buttons and casting a ridiculous chain of different abilities based off of their cooldowns.

On one hand it did cut down on the big issue that was hotbar bloat, but on the other hand it was a little too stupid because all you really needed to do often was macro all the different cooldowns/procs to one or two buttons.

I had a fun time in RIFT around launch and stuck around for a fair few years. I particularly liked the soul trees, artifact collections and the ad hoc grouping for rifts and invasions.
I don’t think I ever really enjoyed the story as much as in other MMOs, but I do have fond memory of a lot of the zones. I’d love to come back to RIFT but even if they did invest in the game, I think it’s now too far from the game I enjoyed back then. Thanks for the good times though <3

RIFT was a great game for its time but once they started changing things (and making cuts to development/etc) to better gear towards F2P the soulless design aspects of the game really started to rear its ugly head.

Also I think one thing that really did help carry the game back in the day was the community around it, and that included Trion’s CM team. For a time, every Friday you could look forward to seeing Elrar and others on the weekly livestream answering questions, hanging with the community, etc. Higher ups on the team like Daglar, Simon, and rarely Scott Hartsman would even show up. There were also a lot of regular community events like the Scavenger Hunts and other stuff done via the forum (could get the ‘Detective’ title from the scav hunt) to earn rare titles and stuff.

Pretty much if it weren’t for the community aspect of RIFT the game wouldn’t have kept up as big as it did imo, and it speaks volumes about how quickly it fell into irrelevance once it started killing the community to chase after every dollar they could grub.

I enjoyed my time and moved on after the cash market swallowed it whole. Vanilla was a great game. RIP

You’re right, Rift *was* fun at one point. But it was dwindling under the later version of Trion and I don’t think there was any recovery once Gamigo took over.

I enjoyed Rift at launch, for a while, but I never actually CARED about what was happening in the game. Rifts themselves became unremarkable after a short while. I’m not sure I even maxed out a character despite trying to get into the game multiple times.

Yay for Maplestory, i hope i’m not the only one waiting for the next CMA :-)

I think Rift still plays very much like the game it launched as, and MMOs have simply evolved since then. The one thing that impresses me about WoW is how willing it is to cut out or change elements that aren’t working and it’s something that Rift needs.

The whole talent point system was basic at first, then they added more specializations later and then rebalanced the whole system afterwards. Most recently, they added PvP only talents, as an incentive to toggle open world PVP.

The level squishes were desperately needed, and there’s constant class-rebalancing where abilities are changed entirely. (RIP mana shield without a cooldown).

Meanwhile, having played Rift at launch, the biggest change I noticed was the convoluted system they cobbled together so skill points are automatically allocated when you level up.

RIFT is one of my favorite launch MMOs/MMORPGs ever. Only game I took the time to really explore and gather artifacts and achievements in. Public Rifts kept things entertaining, and Warfronts were a good mix too. Don’t know what happened between Storm Legion and afterwards, but it just lost a sense of purpose for me.