I’ll be perfectly honest: Babylon’s Fall was almost never on my radar. A packed few weeks of MMO and multiplayer releases pretty much saw the game get shoved away in my personal mindshare (and I suspect a lot of others felt the same). Still, when I was granted the opportunity to check out the full game ahead of time thanks to a review copy of a deluxe edition that got me into the headstart, I figured that nothing ventured was nothing gained. Having taken said venture, I still don’t feel like much was gained.

From the offset, Babylon’s Fall tries to draw you into its nearly unique fantasy world, casting your created character as a prisoner of an empire who gets a device called a Gideon Coffin fused to your back. The process kills most, but my character naturally survives and even thrives a bit after the matter, learning how to use its Dynamis power well ahead of schedule. So it falls to my character and two other such survivors to climb the Ziggurat, find a way to turn off a dangerous blue sun, and clear a deadly plague, all while fighting off an enemy army.

On paper, that’s generally a pretty interesting enough premise, but in practice none of the story beats really intrigued me. The cast of characters are already beginning to slip my mind. In fact, most of the game is slipping my mind even now. Babylon’s Fall is largely forgettable. 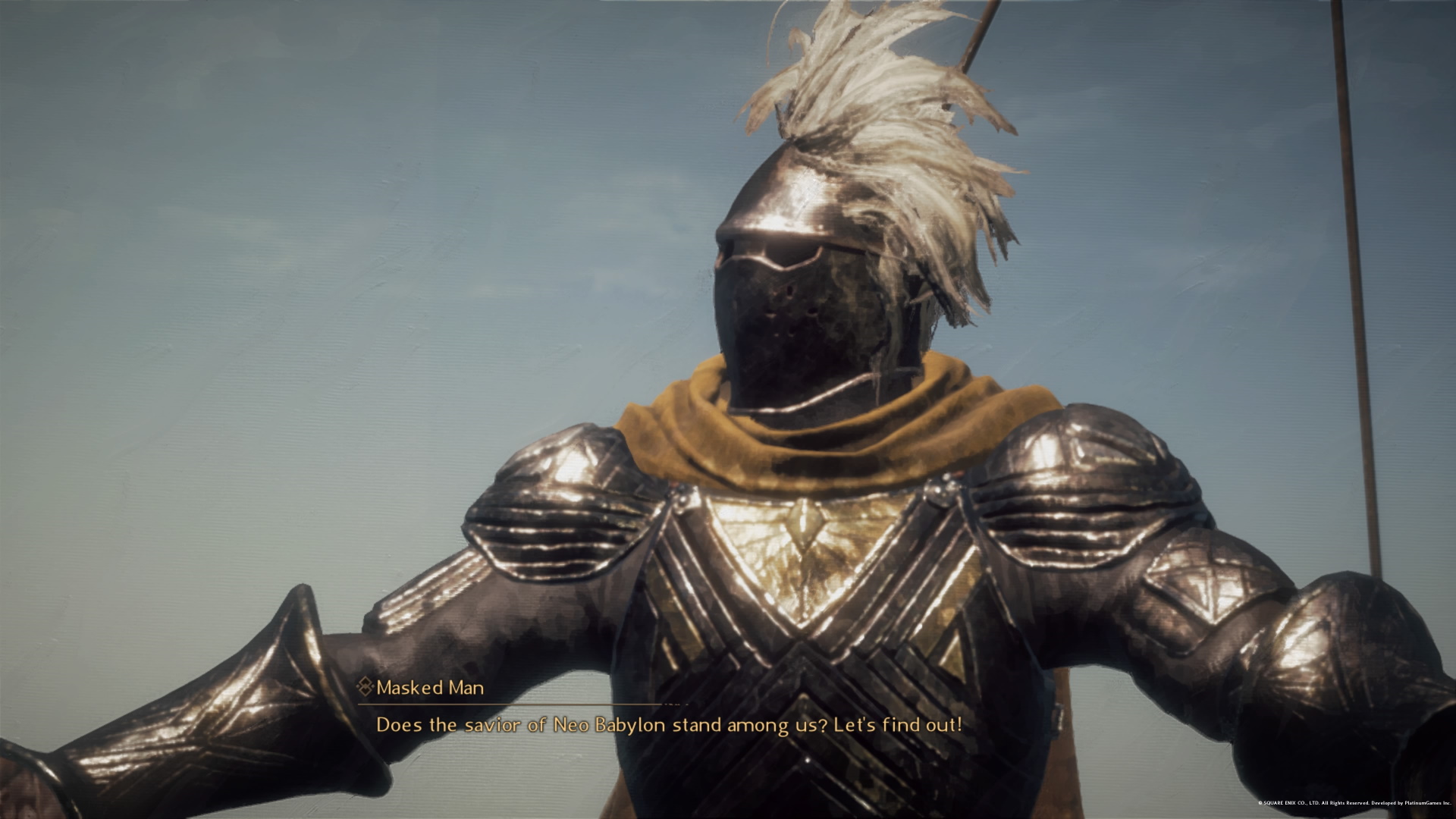 Ostensibly, the story is just a minor motivating force; what really drives this game forward is the fighting and the looting, what with it being an action slasher with some RPG loot, and while PlatinumGames’ pedigree with other titles like Bayonetta and NieR would normally make this prospect something to look forward to, I found myself just basically being bored with the way fights played out.

There are interesting ideas at work here. The Gideon Coffin allows the character to swing two additional spectral weapons linked to the shoulder triggers on top of other weapons assigned to light attacks and heavy attacks, and charging up either of the four weapons for a time yields stronger effects. On top of that, there are a variety of weapons like magic rods, wands, or scepters along with traditional weapons like hammers, swords, and shields.

Combining different weapon types to each of these four attack buttons is the major hook, as sussing out the right sort of weapons to suit my playstyle ultimately did the job of pushing me towards wanting to take on missions and get loot. At one point I had a series of weapons that let me juggle a boss monster almost endlessly, rendering it unable to hit me until my spirit gauge that powered my spectral weapons finally gave out. But as fun as it was finding a combination of weapons that turned me into an air juggling artist, the novelty didn’t have much staying power. 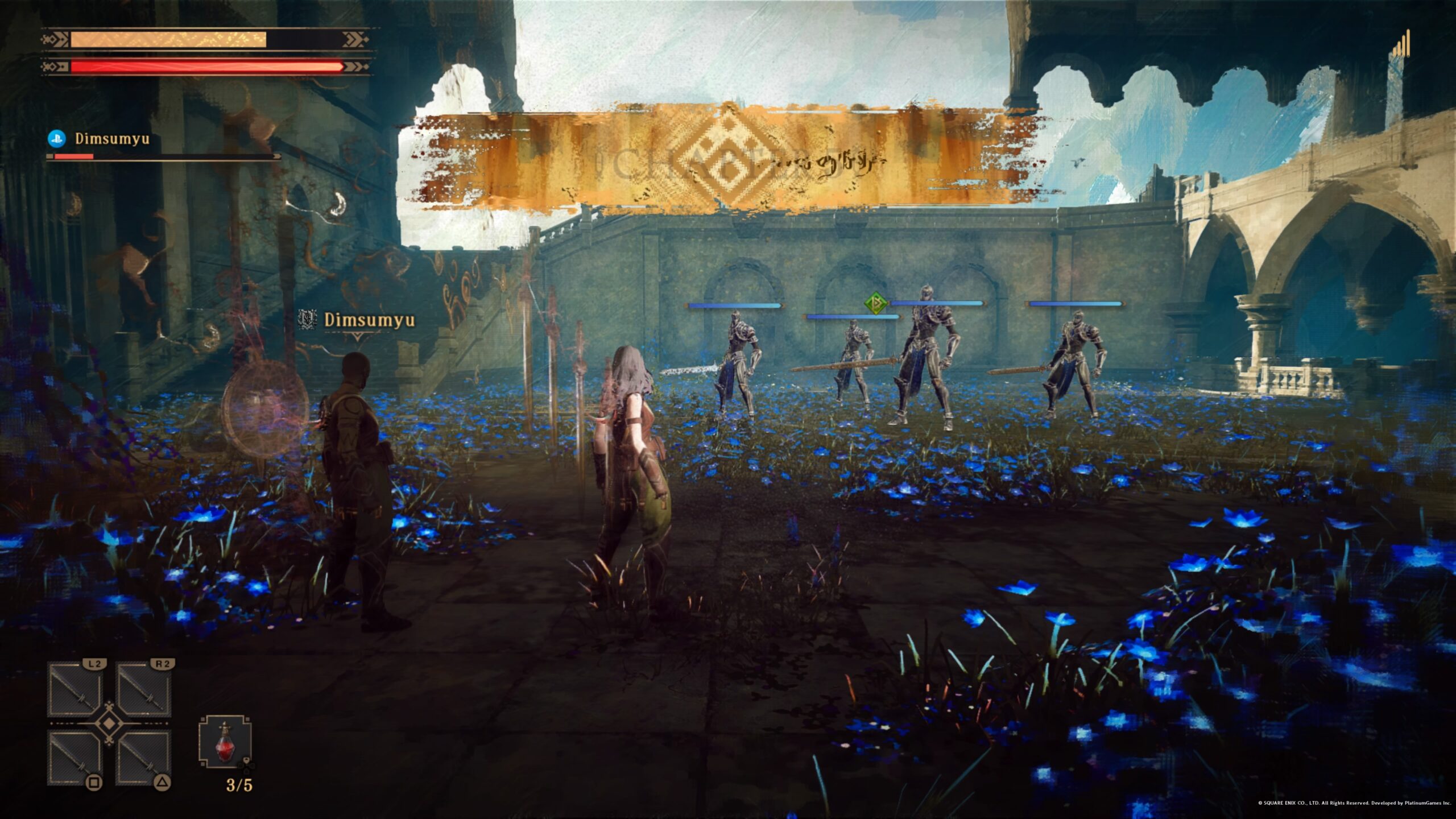 The problem is that combat feels extremely unfinished, which is kind of alarming for a PlatinumGames title. Usually, this studio puts together action combat that is satisfying to pull off and beautiful to behold, but in Babylon’s Fall, everything felt like it ran at slightly lowered gravity, with impacts lacking any sense of weight. Some rather unremarkable animations and special effects don’t really help either, and dodge timing takes some getting used to. The whole combat model just feels greasy instead of slick.

Then, of course, there’s the loot portion of this game, which is how characters get to greater heights of power and can take on new missions for new loot. The loop is not unlike Destiny in its execution as well as in its feeling, as you don’t really get to see or even use your goodies until after a mission is completed. I appreciate that this decision is meant to keep combat encounters moving and have a purpose for downtime in the central hub, but much of the excitement of loot can come from at least knowing what’s stuffed in your character’s pockets. But then, revealing the actual equipment just didn’t really thrill because everything just looks bad.

That does bring up another glaring issue with Babylon’s Fall; it is a phenomenally ugly game. I’m not typically a graphics snob, but seeing this game in motion on my PS5 was challenging to witness. I think the devs were attempting to go with a painterly style, but all that aesthetic choice did – if that was the choice – was make the game look unfinished. Which, in turn, didn’t help the feeling of combat feeling unfinished. 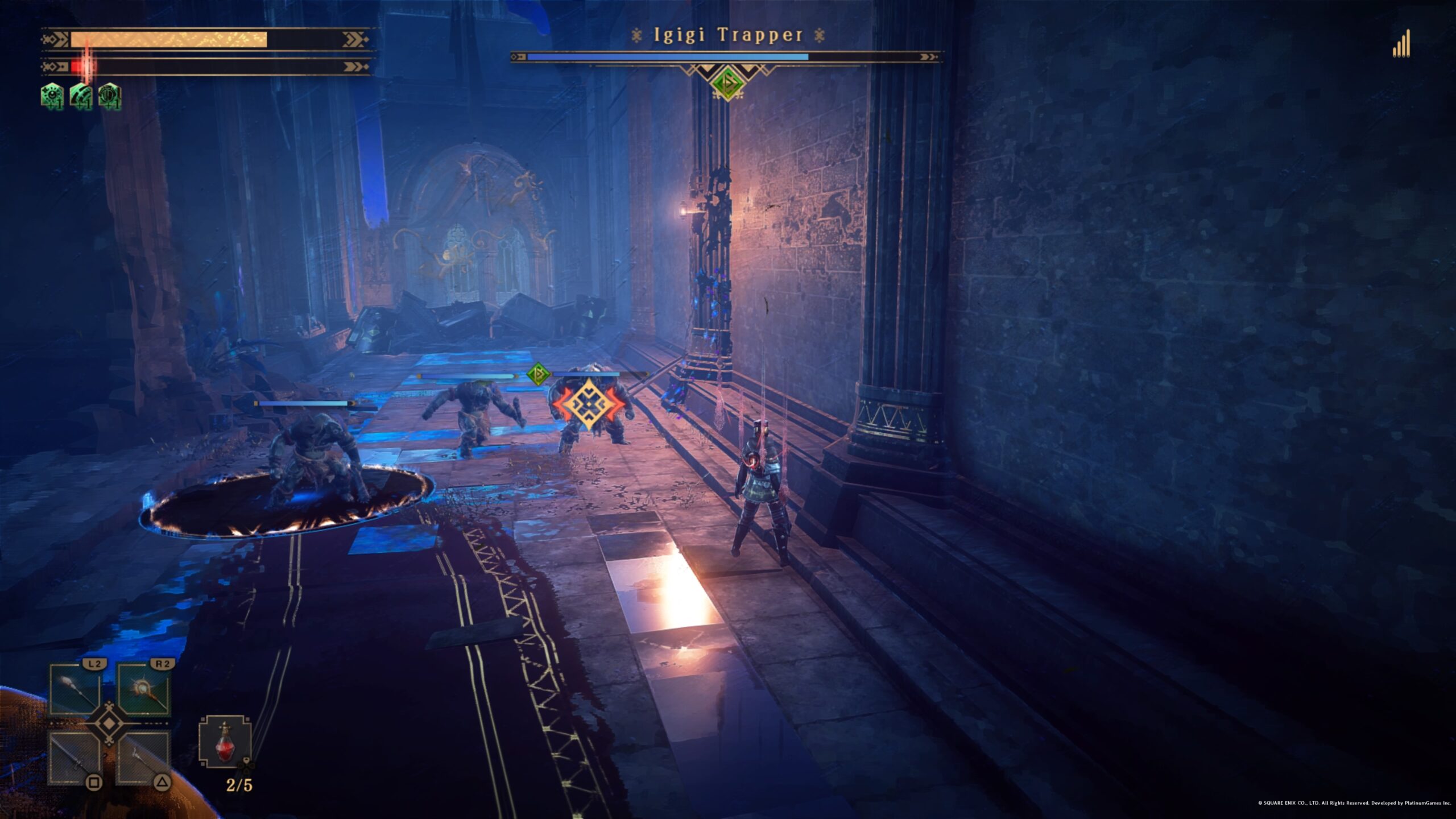 Much of these complaints tended to melt away a little bit in the moments I was playing in PUGs with others, which is where Babylon’s Fall truly can shine. This game definitely feels like it’s designed around having other people with you at all times, as missions are basically corridors of minor platforming linking three different arenas to beat down baddies and a boss room at the end. It also helped that my mostly ranged magic using setup was able to pepper in damage while others pressured at melee. However, my impressions of playing the game solo were far less impressive: Much like Eliot experienced in his time in beta, taking on missions solo ended up making the time-to-kill feel like forever even though missions tune the difficulty based on party size.

Overall, there’s not much that’s great or even good to recommend here, especially for an asking price of $60. Babylon’s Fall very frequently feels like the barest whiffs of a good idea that just gets lost in a greater sense of being incomplete. The whole game feels like it was clapped together in a hurry, hoping to be another game-as-a-service money printer that people would buy in to because PlatinumGames made other great action titles, and while it’s conceptually good, the execution leaves a lot to be desired.

Ideally, being an online game means it will be granted time to coalesce, but I’m already thinking about playing something else.