In an industry full of strictly delineated titles, it always catches our attention when a game throws everything into a pot and stirs vigorously. This is the case with Project F4E, a title that aims, in turns, to be a MOBA, an MMO-lite, a co-op experience, and a friendship-fosterer.

In fact, studio BetaDwarf said that promoting social connections is one of the “pillars” of the game’s design. “The mechanics and structures for how people form friendships in games are the same as the way they are formed in real life, and we are using established research to shape our game designs.”

So what’s been happening with this title since kicking off the beta last fall? Well, Project F4E is currently in a “prologue” phase that consists of several pre-launch seasons. For example, the next season scheduled is Shipment of Equipment, which will run on April 22nd and 23rd. By participating in these tests, players can earn rewards for the launch — including a buddy code for a friend. Other features with this title include “living environments and characters,” thousands of potential builds, and infinite character progression. Thus far, the team has run multiple tests this year; players are mostly being organized in Discord. 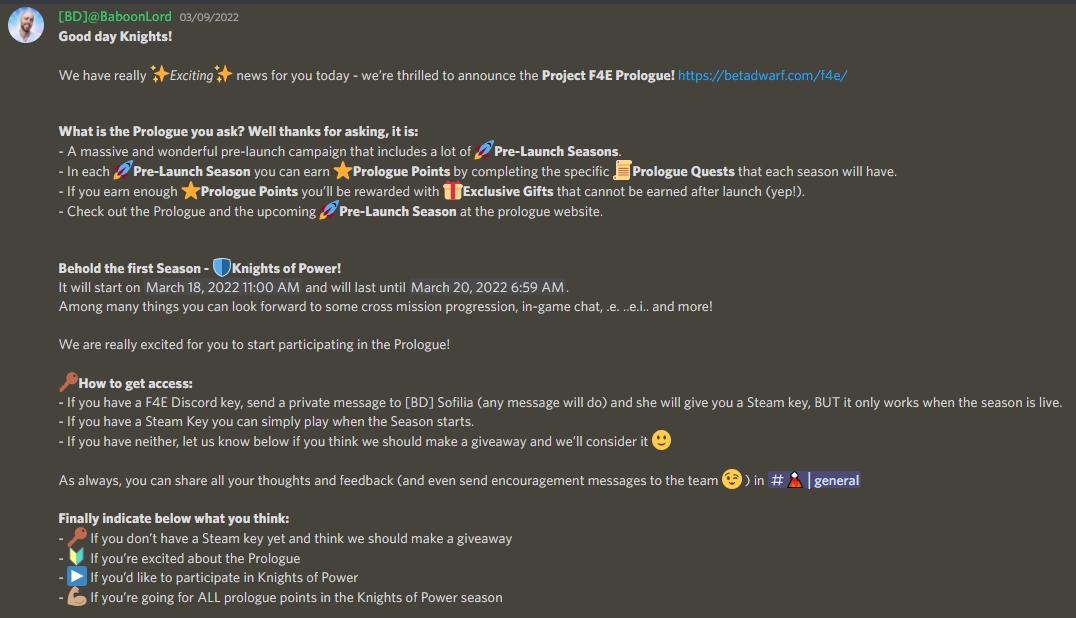 According to an AMA posted last year, Project F4E is still a ways out: “So far, it’s clear that it will not be ready before 2023 — but we intend to go ‘live’ with limited access way before the big bang release.”