Daybreak’s Michael “Wrel” Henderson has a new dev blog up for PlanetSide 2 players addressing both ongoing issues the team is managing and progress on the game’s roadmap.

First, Wrel says that Rogue Planet is still sorting out the “G15” gateway errors the game has been throwing up; apparently there’s a “bandaid” in place for those now. Daybreak also says it’s made routing changes that ought to help Deutsche Telekom players dealing with latency, though it’s still collecting tickets and feedback from players with ongoing issues.

As for the roadmap, Wrel says the studio has delivered on most of its goals for the first third of the year, or will have done once the May 4th patch rolls out updates to the new codex and main nav menu; the latest tweaks will be on the PTS later this week.

“From here, we start moving into summer-ish, where we’ll see the return of Outfit Wars in a new 1v1 format on the continent of Nexus,” he says, noting additional plans for garrison squads, gifting, and even underwater content. “While we’re not wholly decided on the scope of the underwater combat yet, we’ll be making efforts to expand that. The goals would be to add more depth (hah) to water gameplay by giving players reasons to use the water, ways to defend themselves, and make it a bit easier to traverse while still retaining the feel. We’ll be introducing our first proper naval vessel as a part of that, which we’ll talk about more in the near future.”

“There’s plenty going on that you won’t find in the roadmap as well. For example, the next update will incorporate some player feedback into the Trident Relays, giving defenders the ability to reach the top of the dome to deal with attacker vehicle spawns. We’ve also been consistently adding quality of life improvements to the updates thus far, with a couple more on the way. You’ll soon be able to disable auto-knife wielding as an option, and disable a multitude of HUD indicators (something that’s been asked for for a long time.)” 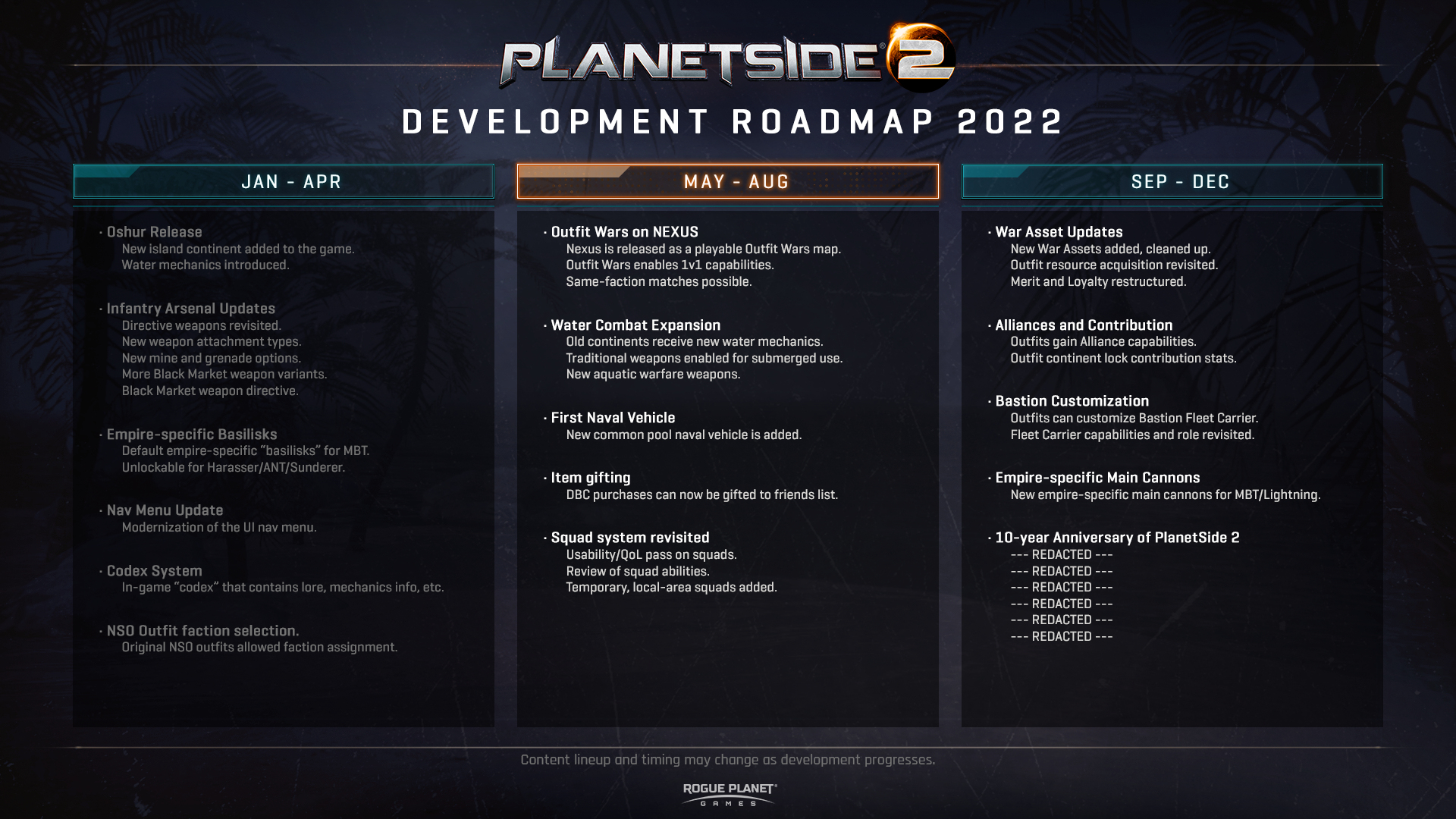